A new crop of Celebrity Houseguests were welcomed into the BB house with an unexpected surprise.

And on the first half of the two-night Season 2 premiere event of Celebrity Big Brother, well, the HGs can't say she didn't warn them! 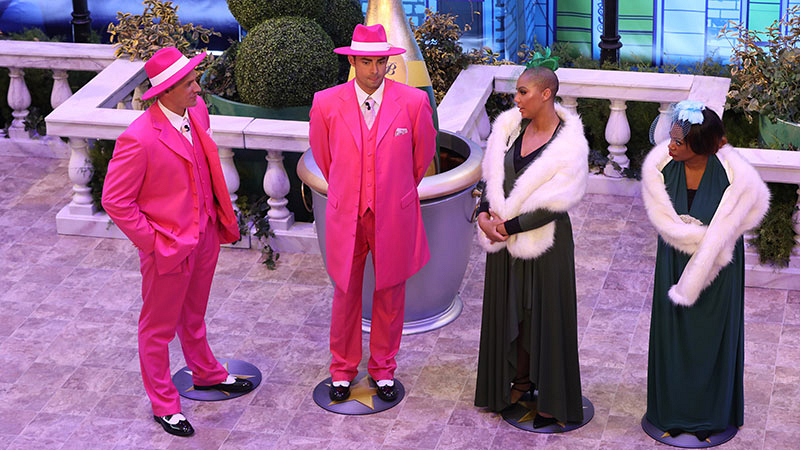 With the first Head of Household competition looming, Julie revealed to the Houseguests the Power Pair twist, which meant that they'd be competing for HOH in pairs. However, only one half of the pair would ultimately become HOH. (More on that in a minute.)

Once the HGs picked their partners—Kato and Natalie were last to pair up, and thus excluded from the competition BUT given safety from the first eviction—the game was on! 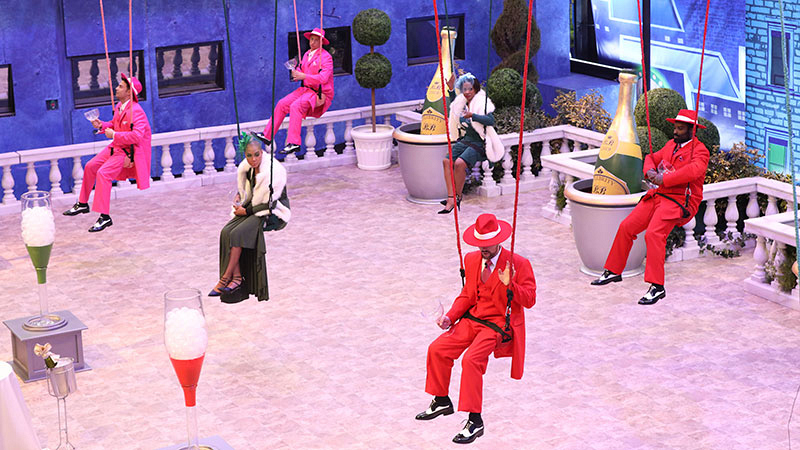 A classic Big Brother competition returned in the form of "Drinks On Us," where one HG had to swing back and forth to gather champagne in a glass and transfer it to their partner swinging in the opposite direction, who then had to dump the liquid into a larger glass until the bubbly overflowed. The first team to overflow the glass would win.

After some slow-going momentum building, the competition raged, and what a tight race it was. Ultimately, it was the Olympian Ryan Lochte and his actor/host partner Jonathan Bennett who snaked out the win. 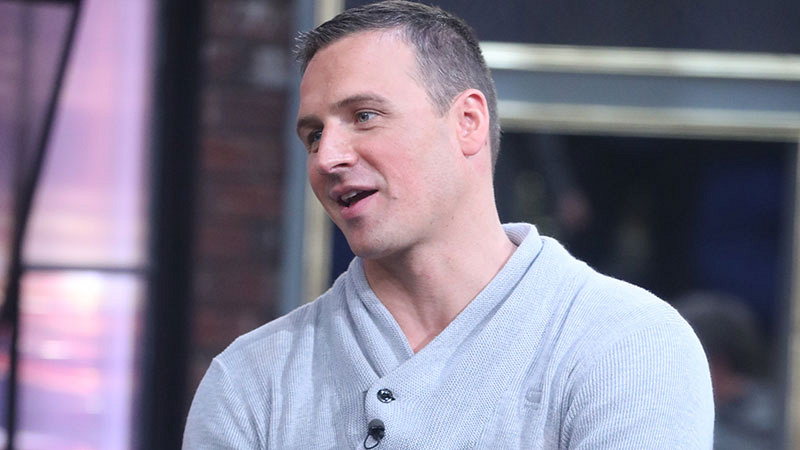 But celebrations were short-lived, as Julie revealed the second part of the Power Pair twist... that power couples don't always last long.

As such, Ryan and Jonathan learned they'd actually have to compete against one another in a new competition to determine who would be crowned the season's first Head of Household—and who would be the first person nominated for eviction. 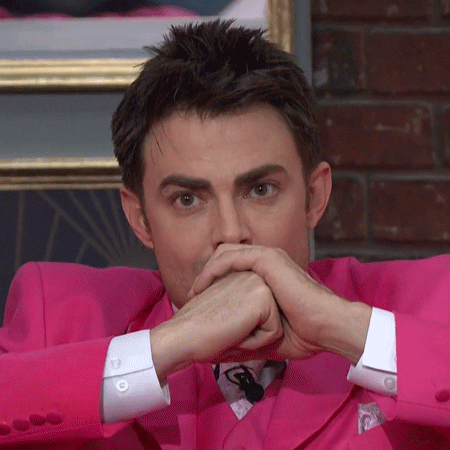 That's right, not only will the loser of the Power Pair comp not become HOH, but they'll go up on the block automatically.

After only one episode, the second season of Celebrity Big Brother is already shaping up to be an emotional rollercoaster.

Who will take the crown of HOH? And who will be unceremoniously put up for eviction so soon after thinking they were safe?

Don't miss the second half of the two-night season premiere event of Celebrity Big Brother on Tuesday, Jan. 22 at 8/7c on CBS and CBS All Access.

Then, be sure to check out the Celebrity Big Brother Live Feeds—exclusively available through CBS All Access—when they start rolling after the West Coast air of Tuesday's episode on Tuesday, Jan. 22.