Play An All-New Episode Of Criminal Minds: The Mobile Game For Free

The cast of Criminal Minds is as excited as the fans for an all-new case for the BAU to solve with the help of players.

It's one thing to watch the elite team of FBI criminal profilers on Criminal Minds each week as they track down one gruesome UnSub after the next. But it's a whole other game to enter the world of the TV series and lead the forensic team yourself.

Episode 6 was released Mar. 7, giving players an all-new thrilling case to crack, and as of that same day, the mobile game is now FREE!

You spoke, we listened! An updated, fully free-to-play version of the #CriminalMinds game is here! Play now and enjoy the latest addition of Episode 6! https://t.co/0QepLvDVMW pic.twitter.com/I3rxNjmZ64

In the game, time is of the essence as players work to profile suspects, analyze crime scenes, and manage the BAU team to keep the public safe and prevent the UnSub from striking again.

With more than 60 levels across six exciting cases, the overarching storyline will satisfy even the most hardcore of crime drama fans. 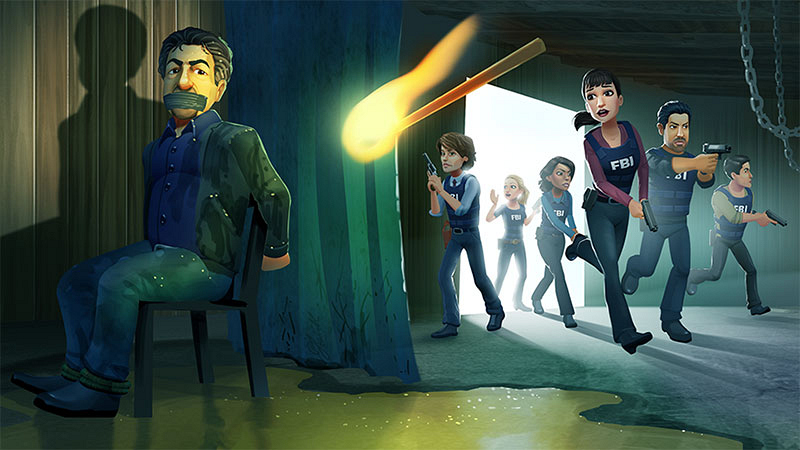 In an interview with game writer Stephanie Birkitt and co-producer/writer Erica Meredith, the two describe how fans' familiarity with the characters is what makes the game so great. "I think the best part is the work of the characters," Meredith said. "They have so many of the exact mannerisms and sort of little peculiarities of the characters. It's amazing."

Different characters offer different strengths and make for entirely different play-through experience each time. Plus, characters can be selected and matched based on their unique profiling specialties allowing players to build their own crime scene dream team.

Each new level of the game only builds on the suspense and enjoyment of the game.

Episode 6 of Criminal Minds: The Mobile Game is now available to play for free and can be downloaded via the iTunes App Store and Google Play.

Watch full episodes of Criminal Minds on CBS All Access.