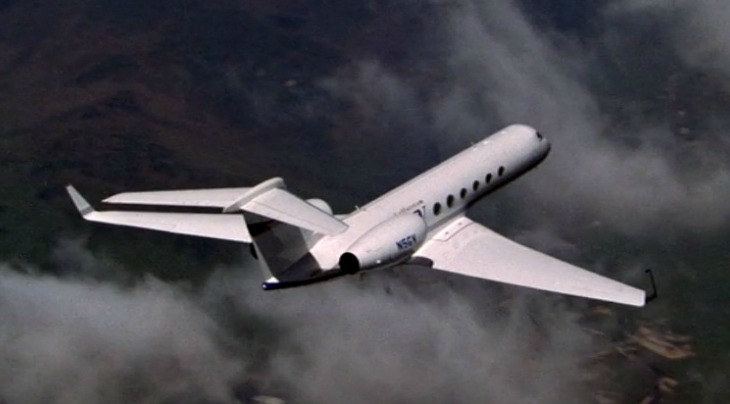 How epic would it be to have your very own jet? The BAU crew gets to travel all over America, solving crimes and saving humanity. Your favorite crime-fighting team has been all over the United States, but they frequent some cities more than others.

Check out five epic facts about each of the 10 most frequented Criminal Minds cities! 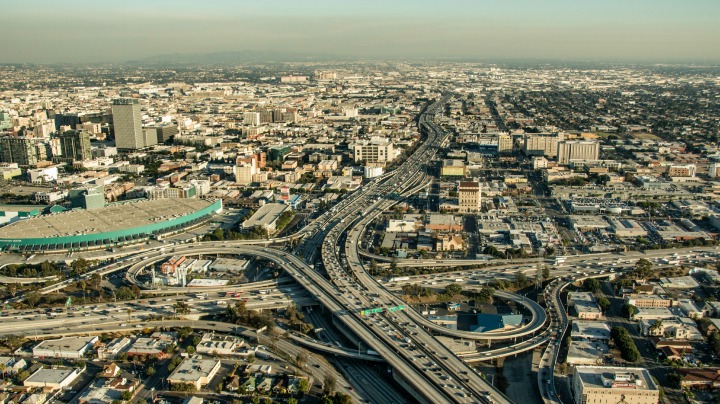 3. Beverly Hills started out as a lima bean ranch. 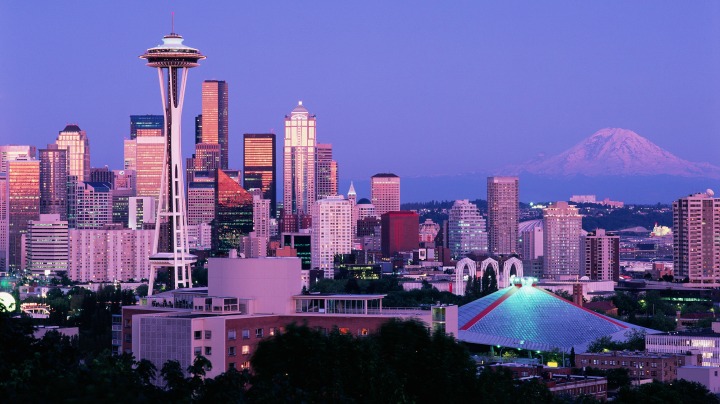 1. The annual naked pumpkin run is held every year in October.
“Go as bare as you dare” is the motto.

2. Harbor Island is the largest man-made island in the nation.
According to the 2000 U.S. Census Bureau, it boasts the total permanent population of three persons.

3. Seattle’s Pier 53 is the busiest ferry terminal in the nation.

5. Seattle is a derivative of the Indian name “Sealth.”
Sealth was a chief of the Suquamish tribe at the time the first settlers arrived in 1851. 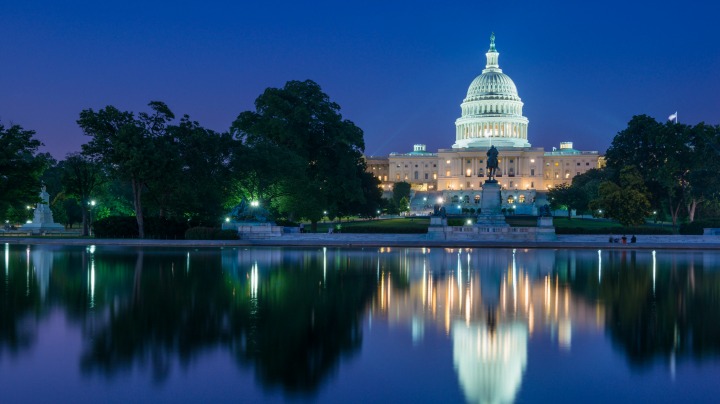 1. There are old marble bathtubs in the Capitol's basement that senators used to take baths in.

3. The National World War II Memorial opened in 2004 and features 4,048 gold stars on columns.
Each one represents 100 military deaths during the war.

5. The most expensive diamond in the United States is at the Smithsonian Gem & Mineral Collection in D.C.
The Hope diamond is estimated to be the 3rd most valuable diamond in the world at a weight of 45.52 carats and an estimated worth of $350,000,000. It was found in India, and its existence was first documented in 1812. According to many legends, the stone is cursed. 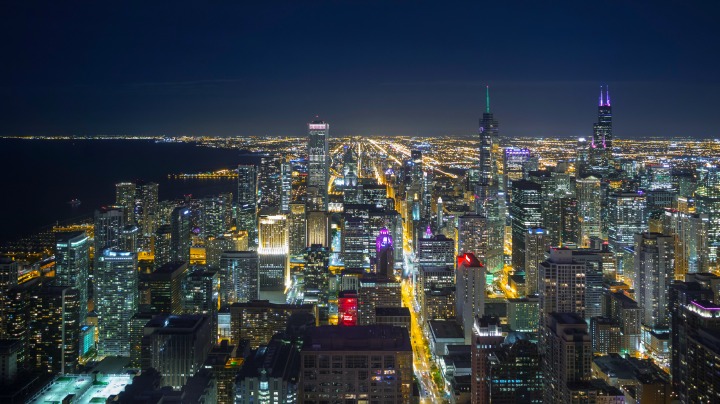 2. The first Ferris wheel made its debut in Chicago in 1893.

4. Chicago's nicknames include the Windy City, Second City and the City of Big Shoulders.

5. The Chicago Cubs have the longest championship drought of any U.S. sports team.
The National League baseball team haven't won the World Series in 106 years. 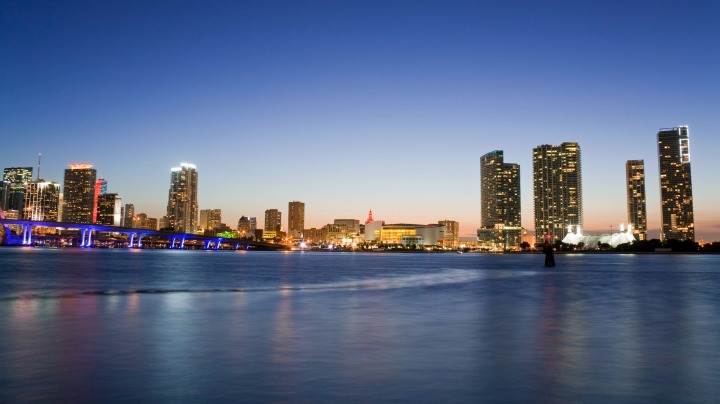 1. Miami averages around 250 days of sunshine.

2. Miami Beach’s Art Deco District contains the world’s largest collection of Art Deco architecture.
The city offers a variety of tours: there are over 800 buildings!

4. Miami has more than 800 parks.
It is also the only city in the United States that is bordered by two separate National Parks, the Biscayne National Park and the Everglades National Park. 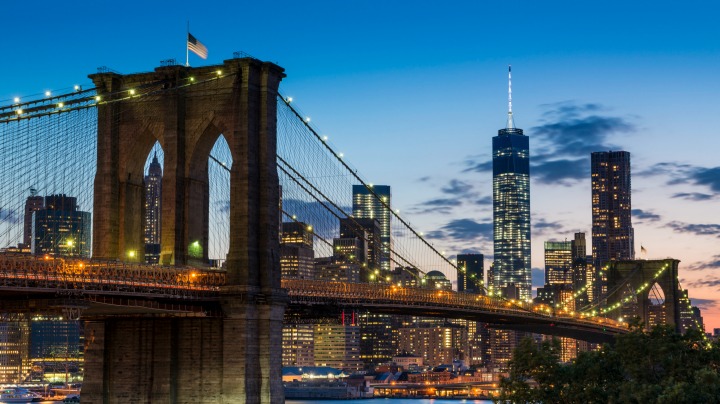 1. The first pizza restaurant was opened in NYC in 1895 by Gennaro Lombardi.

2. Albert Einstein’s eyeballs are kept in a safe deposit box in NYC.

3. There are fake brownstones in Brooklyn.
The faux buildings have multiple subway-related purposes but use urban camouflage to blend with the environment.

4. There are around 20,000 human corpses under Washington Square Park.
In 1797, the NYC government purchased an old farm to create a potter’s field—a burial ground for the poor, criminals, and victims of epidemics.

5. NYC has the highest population density in the U.S. at over 27,000 people per square mile. 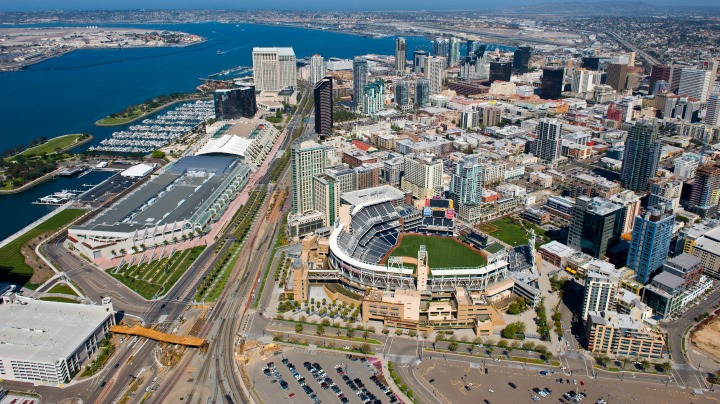 2. The world’s oldest still working ship, the Star of India, has her home port in San Diego.
She was built in 1863 and has completed 21 circumnavigations.

3. Each year over 200 cruise ships berth in San Diego harbor.

4. San Diego was earlier named "San Miguel" by Juan Rodriguez Cabrillo, the first Portuguese explorer to land here.
It was renamed San Diego by Sebastian Vizcaino, a later Spanish explorer, in honor of his flagship.

5. Hua Mei, the first U.S.-born baby panda in over a decade, lived in San Diego's Zoo with a pair of giant pandas.
She was the first baby panda to be born in the Western Hemisphere since 1990. 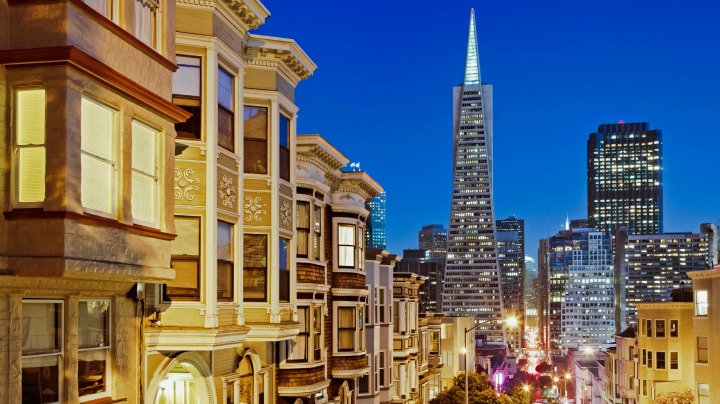 2. The Cable Car is the only moving National Historic Monument in the world.
Built in 1873, the cable cars transport 9.7 million people around the city annually.

3. The northern and southern area on San Francisco Bay has an average depth of 15 to 17 feet—about the depth of the end of a pool.
The Bay's deepest point is 360 feet and is located under the Golden Gate Bridge.

4. Bummer and Lazarus are two very famous San Francisco residents—and they weren't humans.
Bummer and Lazarus were two stray dogs that became famous for their expertise at killing rats that infested the city and for their unique bond of friendship. Newspapers vied with each other in reporting their escapades, whether it was stealing a bone from another dog, getting locked overnight inside a jewelry store, or stopping a runaway horse and cart.

5. San Francisco International Airport relies heavily on ball bearings to survive earthquakes.
The building is supported by 267 columns, each of which rests on a steel ball with a diameter of 5 feet. If an earthquake occurs, the ground can move up to 20 inches in any direction, as the columns roll on their bases. After the earthquake has ended, the columns are re-centered on their bases by the force of gravity. 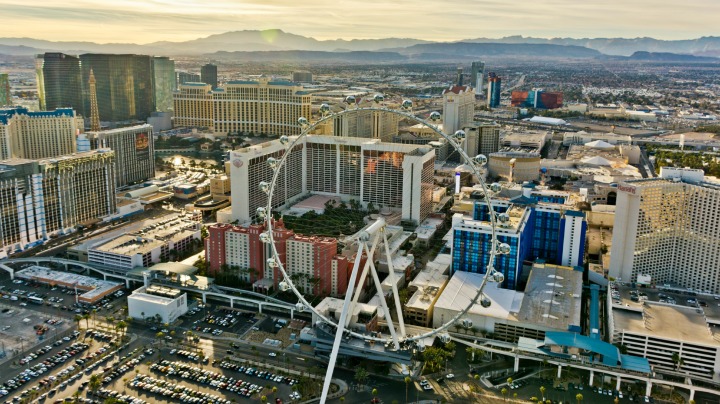 1. There’s estimated to be at least 1,000 people living beneath Vegas in underground tunnels.

3. According to NASA, the Las Vegas Strip is the brightest place on Earth when looked at from outer space.

4. The Bronze Lion outside of the MGM Grand Hotel weighs 50 tons, making it the largest bronze sculpture in the country.

5. Las Vegas has a “black book,” a list of people who are banned from setting foot in any casino in the city. 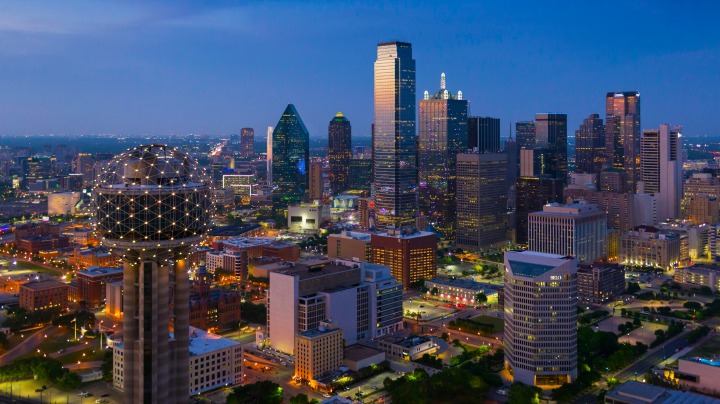 2. The world’s first frozen margarita machine was invented in Dallas in 1971 by restaurateur Mariano Martinez.

3. In 2011, Dallas became the only city to have hosted a World Series game, an NBA Finals game and the Super Bowl in the same year.

5. German chocolate cake actually has nothing to do with Germany and everything to do with Dallas.
The recipe was actually credited to an American named Sam German, and was popularized after the recipe appeared in a 1957 edition of the Dallas Morning Star.