Cast members William Petersen, Jorja Fox, and Wallace Langham reprise their roles for the new series.
It's time to return to the scene of the crime and one of the most-watched drama series of the 21st century!

The sequel to CBS's global hit CSI: Crime Scene Investigation, CSI: Vegas will include original cast members William Petersen and Jorja Fox and premieres this fall airing Wednesdays at 10/9c on CBS and the CBS app.

CSI: Vegas opens a brand-new chapter in Las Vegas, the city where it all began, where Petersen and Fox will join forces with a new team lead by Paula Newsome.

Facing an existential threat that could bring down the entire Crime Lab and release thousands of convicted killers back onto the neon-lit streets of Vegas, a brilliant new team of investigators led by Maxine Roby (Paula Newsome) must enlist the help of old friends, Gil Grissom (William Petersen), Sara Sidle (Jorja Fox), and David Hodges (Wallace Langham). Roby's team is made up of Joshua Folsom (Matt Lauria), Allie Rajan (Mandeep Dhillon), and Hugo Ramirez (Mel Rodriguez).

This combined force will deploy the latest forensic techniques to do what they do best—follow the evidence—in order to preserve and serve justice in Sin City. 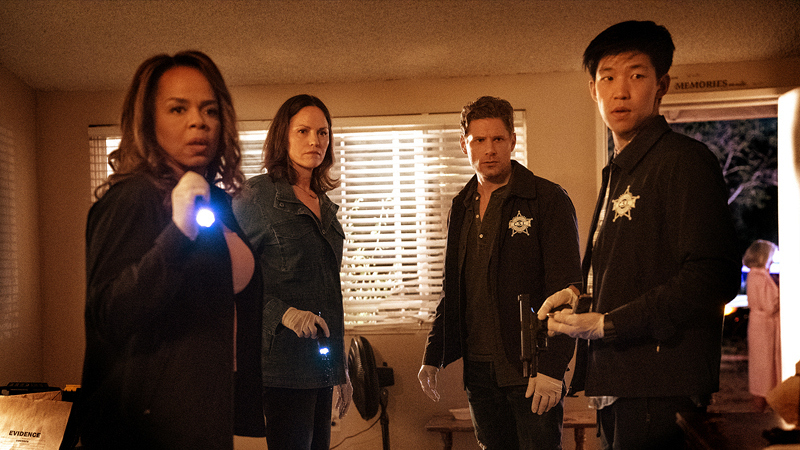 Stay tuned for more information on CSI: Vegas, premiering this fall and airing Wednesdays at 10/9c on CBS and the CBS app.