Join the ladies of The Talk in this celebration of the best and brightest of daytime TV airing Friday, June 26 at 8/7c.
What's better than one host? Well, five hosts of course!

The 47th Annual Daytime Emmy® Awards has found its hosts as Sharon Osbourne, Sheryl Underwood, Eve, Carrie Ann Inaba, and Marie Osmond, the hosts of CBS’ Daytime Emmy® Award-winning show The Talk, take up the task for the broadcast on Friday, June 26 at 8/7c on CBS.

Marking the 14th time CBS has broadcast the Daytime Emmy® Awards—more than any other network—the 47th Annual Daytime Emmy® Awards will feature awards presented virtually in leading categories, with recipients and other special guests appearing from home in light of the COVID-19 pandemic.

Additional categories will be announced simultaneously on Twitter, with others presented in a separate ceremony in July.

Here's everything you need to know to watch the 47th Annual Daytime Emmy® Awards! 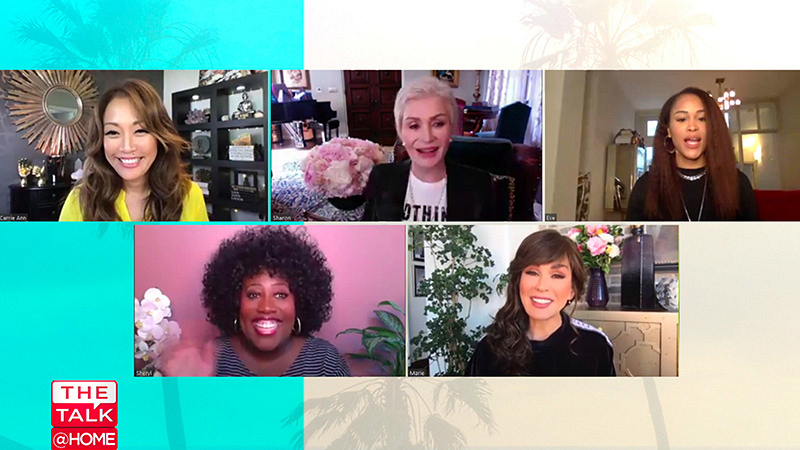 This year’s awards honor content from more than 2,700 submissions that originally premiered in calendar year 2019, judged by a pool of 1,000 peer professionals from across the television industry.

Who will be at the 47th Annual Daytime Emmy® Awards?
While the broadcast will be entirely virtual for the health and safety of the participants and nominees, Sharon Osbourne, Sheryl Underwood, Eve, Carrie Ann Inaba, and Marie Osmond will host and stay posted for other special guests to be announced!

What else can I stream on CBS All Access?
CBS All Access allows you to stream other fantastic specials, both live or on-demand, such as The TONY Awards and The GRAMMY® Awards, as well as new specials like United We Sing: A GRAMMY® Tribute to the Unsung Heroes hosted by Harry Connick, Jr. airing Sunday, June 21 at 8/7c.

But that's not all, CBS All Access allows you access to a slew of original series like The Good Fight, Interrogation, The Twilight Zone, Why Women Kill, and the forthcoming The Stand, with additional series soon to be announced.

Of course, CBS All Access gives you thousands of episodes from CBS shows on-demand. That includes full episodes from your favorites like NCIS, SEAL Team, FBI, Young Sheldon, and more, not to mention kids shows and classics like I Love Lucy and Cheers.

Don't miss the 47th Annual Daytime Emmy® Awards on Friday, June 26 at 8/7c on CBS and CBS All Access.