Here's everything you need to know to find out if your favorite shows or actors take home the prize at 8/7c live on CBS and Paramount+
The biggest fan favorites and emerging stars of daytime television enter your screen once again, this time with much nervous anticipation. The 48th Annual Daytime Emmy® Awards will be broadcast live on Friday, June 25 at 8/7c on CBS, and available to stream live or on-demand with the CBS app and Paramount+.

With more than 40 categories and awards to give out, the 48th Annual Daytime Emmy® Awards are not to be missed!

Where and when are the 48th Annual Daytime Emmy® Awards?
The Talk's Sheryl Underwood hosts the awards live on Friday, June 25 at 8/7c on CBS and streaming on Paramount+. 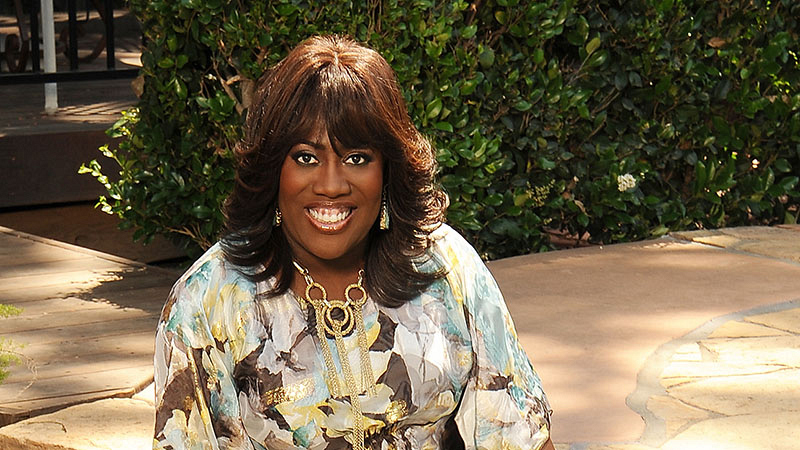 How can I stream the 48th Annual Daytime Emmys online?
It's easy! You have a few great options to watch the show live or on-demand.

First, you can watch the 48th Annual Daytime Emmy® Awards live on ParamountPlus.com, CBS.com, or via the CBS app or Paramount+ app by signing in with your TV provider and streaming your local CBS station live, or anytime on-demand.

You can download the CBS app for iOS and Android mobile devices from the Apple App Store, Google Play, or Amazon.

You can download the Paramount+ app for iOS and Android mobile devices from the Apple App Store, Google Play, or Amazon.

And you can sign up for Paramount+ online at ParamountPlus.com. The service is also available to stream across a wide number of platforms, including smart TVs, connected-TV devices, online, mobile, gaming consoles, and leading OTT providers.

Try one week of Paramount+ free!

What else can I stream on Paramount+?
Paramount+ is the home of live sports, breaking news, and a mountain of entertainment!

Not only will Paramount+ let you stream exciting live awards shows like the 48th Annual Daytime Emmy® Awards, but also huge events like the Academy of Country Music Awards™, and the GRAMMY Awards®️.

Paramount+ has more than 24 exclusive original series currently available, with many more on the way, including Star Trek: Prodigy, a new Frasier series, and Halo. Of course, Paramount+ continues to carry the lineup of CBS All Access Original Series, including hits like The Good Fight, Star Trek: Discovery, Star Trek: Picard, Why Women Kill, and No Activity. You can see an expansive listing with descriptions in the official announcement.

Of course, you'll also get CBS primetime shows like NCIS and Young Sheldon.

Paramount+ is also the new streaming home to CBSN, CBS Sports HQ, and ET Live, each offering unique 24/7 coverage of the world.

How much does Paramount+ cost?
You can select from two pricing tiers for Paramount+ in the U.S. The premium tier ($9.99) is available with the full depth and breadth of live sports, around-the-clock news programming, and world-class entertainment spanning Paramount+ originals to an expansive suite of current and library shows and movies.

A new ad-supported tier ($4.99) has the best in sports, news, and entertainment.

READ: Paramount+: Everything You Need To Know About The New Streaming Service

Watch the 48th Annual Daytime Emmy® Awards live on Friday, June 25 at 8/7c on CBS, and available to stream live and on-demand on the CBS app, Paramount+ app, and Paramount+.