While this year will mark Colbert's first appearance as master of ceremonies for the highly acclaimed event, which recognizes excellence in the television industry, the hilarious host of The Late Show with Stephen Colbert is certainly no stranger to the Emmy stage, seeing that he's taken home nine winged women statuettes throughout his career. 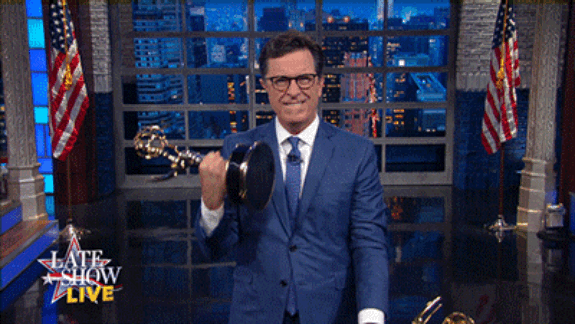 "We're excited to kick off the new season and celebrate the top achievements in television with Stephen Colbert as the host of the Primetime Emmys," said Jack Sussman, executive vice president, specials, music, and live events, CBS Entertainment. "

Sussman added, "Stephen is the ultimate master of ceremonies with award-winning creative talents, and as we've seen the past few months, he has a fearless passion for live television. We look forward to honoring television's best while entertaining audiences with the creative energy and sharp comedy of Stephen Colbert."

Over the past year, Colbert has entertained millions with his enthusiastic coverage of pop-culture and political headlines.

For example, Colbert delivered informative and funny commentary during his many live broadcasts of The Late Show, which highlighted the presidential debates, and both the Republican and Democratic National Conventions. Plus, let's not forget about his incredible election-night special on Showtime. 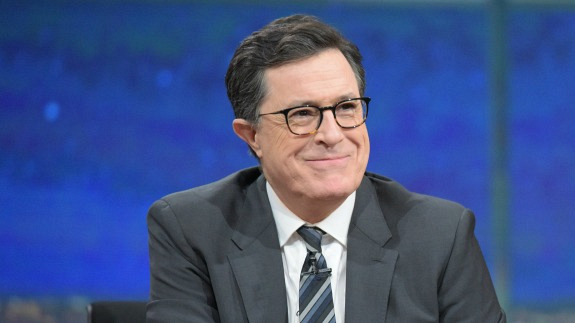 "This will be the largest audience to witness an Emmys, period," Stephen Colbert said in a press release. "Both in-person and around the globe."

Who will be nominated for an Emmy Award this year? Stay tuned for more info when The 69th Primetime Emmy Awards nominations are announced on Thursday, July 13.

Watch The 69th Primetime Emmy Awards, which will broadcast live on Sunday, Sept. 17 at 8 PM ET / 5 PM PT from the Microsoft Theater in Los Angeles, on CBS and CBS All Access.