Cedric the Entertainer to host the 73rd Emmy Awards

Use the form below to send us your comments. If you are experiencing problems, please describe them.
Player Help | Paramount+ Help
44sec
CBS and the Television Academy announced today a return to a live show for the "73rd EMMY AWARDS" hosted by Cedric the Entertainer, star and executive producer of CBS' hit comedy THE NEIGHBORHOOD, marking his first time as Master of Ceremonies for the event. CBS Presents the 73RD EMMY AWARDS on Sunday, Sept. 19 (8:00-11:00 PM, live ET/5:00-8:00 PM, live PT) on the CBS Television Network, and available to stream live and on demand on Paramount+. Air Date: Jul 12, 2021
Sunday, September 19 at 8/7c 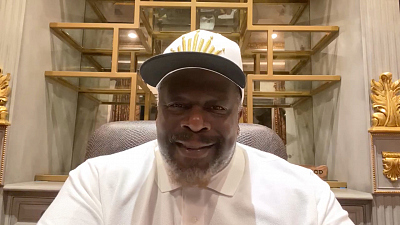 1 min
Cedric the Entertainer to host the 73rd Emmy Awards