7:57pm EST: Things are winding down on the red carpet as the big show is about to begin!  For a full round up of fashion, check out a red carpet photo gallery.  Plus, follow our GRAMMYs Live Blog for updates of winners, performances and behind-the-scenes action throughout the night.
7:46pm EST: Looks like "Thrift Shop" fashion pays off! Macklemore & Ryan Lewis looking fashionably fly on their way into the GRAMMYs! Already a winner for Best Rap Song, will they also take home the coveted Album of the Year award for "Heist"? 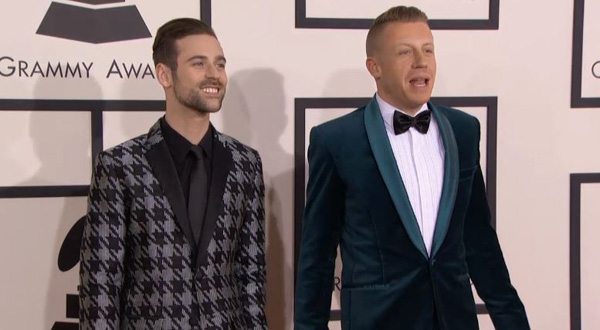 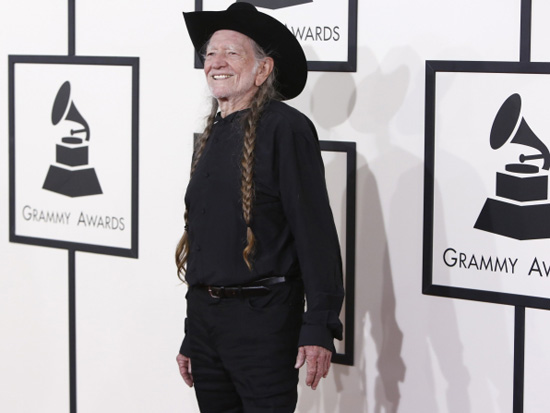 7:17pm EST:  Even famous film director's get in on music's biggest night! Quentin Tarantino is here!
7:09pm EST: Madonna & Macklemore arrived back to back on the red carpet!
Need even more style shots?  Check out this glam gallery for full length photos!
6:55pm EST: Colbie Caillat, nominated for Best Song Written For Visual Media, is looking ravishing in red! Check it out here.
6:50pm EST: Katy Perry is just moments away from arriving! Will her outfit out do last year's?

6:43pm EST: THIS JUST IN! 30 Seconds To Mars frontman, Jared Leto just emerged from his limo.  He is a red carpet king this year, recently winning both a Golden Globe and SAG Award for his role in Dallas Buyer's Club!
6:35pm EST: Hunter Hayes shares a sweet moment with one of his fans on red carpet.  Check out more photos of the action! 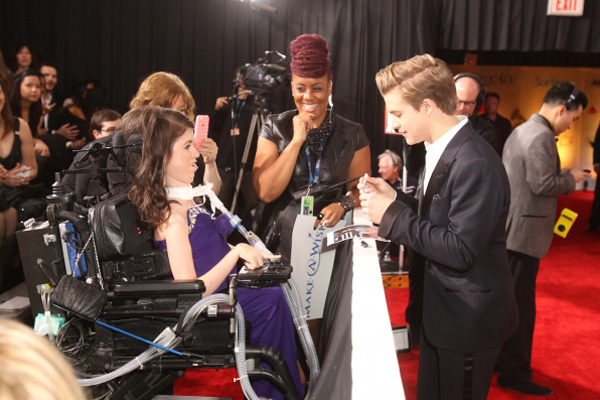 6:28pm EST: How I Met Your Mother star & GRAMMY presenter, Neil Patrick Harris snaps a selfie on his way to the carpet!

Heading to @theGRAMMYs with @Davidburtka. Best concert of the year. Expect some random tweets. pic.twitter.com/98wpmoVoWI

Want an up close look at the red carpet fashion? Click here to check out photos!
6:05pm EST: Spotted! The Talk's Sharon Osbourne with her hubby and a presenter tonight, Ozzy!
5:50pm EST: Country crooner, Lee Brice hits the carpet in a hat.  He's got a shot to win tonight in both Best Country Song & Best Country Solo Performance! 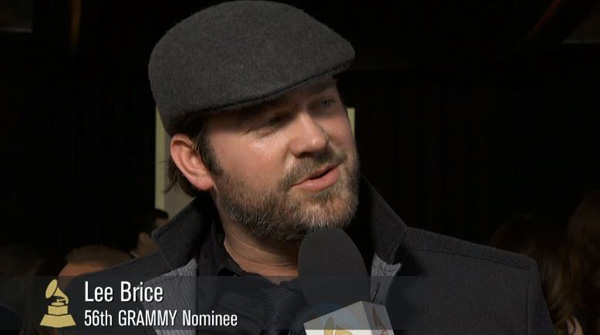 5:45pm EST: Best New Artist nominee, Ed Sheeran arrives on the red carpet. See the before and after of his GRAMMY attire below.
Sheeran suits up! 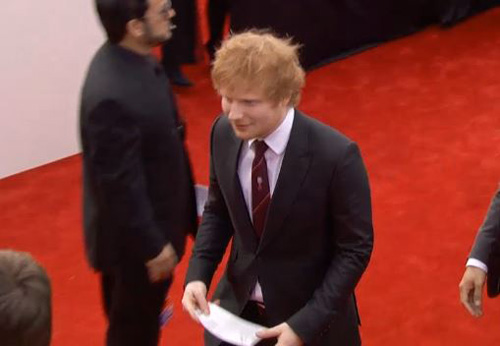 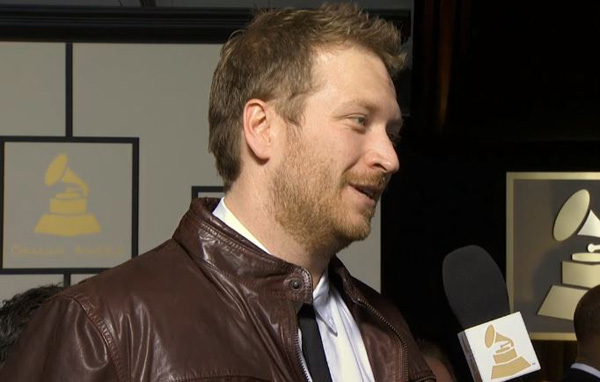 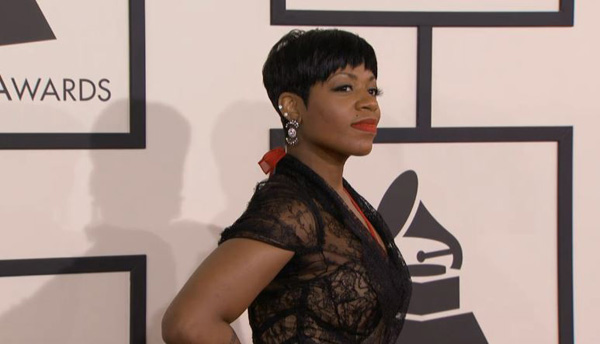 4:35pm EST: Jesse McCartney proves he's in touch with his feminine side, wearing a floral dress shirt under his sophisticated suit. 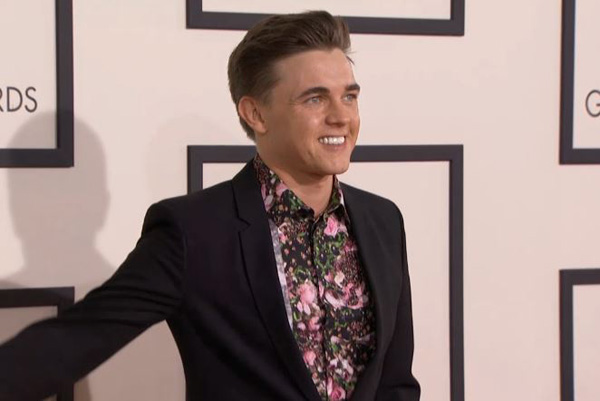 4:00pm EST: Check out streaming coverage of the red carpet at GRAMMY Live
2:55pm EST: Just hours to go until the biggest stars in music strut their stuff down the 2014 GRAMMYs red carpet!

Only a few more hours til the #GRAMMYs red carpet on #GRAMMYLive are you ready? pic.twitter.com/rOSzdDkuXk

Check out a video of GRAMMYs Social Media Reporter, Pauley Perrette as she got a backstage look at construction of the carpet yesterday.
Will the stars' fashion be in full force tonight? Check out photos of the most memorable looks from last year to see what they have to outdo!
Follow along for live updates as the carpet craziness continues.

Katy Perry and Rihanna ruled the red carpet in their smokin' hot ensembles at last year's GRAMMYs!  So, who will take the title in the annual fashion faceoff this Sunday?  Will it be Queen Bey? Or will Record of the Year nominee, Lorde's royal look, earn the crown? Check out photos of some of last year's biggest hits and misses to help make your predictions!

Come back Sunday at 3pm ET/12pm PT to follow along as we live blog the entire event, bringing you up to the minute updates of all the GRAMMY red carpet grandeur.  From fashion faux-pas to outrageous entrances, you won't want to miss the inside scoop!

For complete coverage of the entire weekend, check out GRAMMY Live.