Mother Monster honors David Bowie with massive torso tattoo
On the eve of her anticipated David Bowie tribute at the 58th Annual GRAMMY Awards, Lady Gaga got a brand-new piece of ink—which is a rendering of Bowie's painted face from his 1973 Aladdin Sane album cover—honoring the innovative music icon.

As a long-time fan of the "Ziggy Stardust" singer, Gaga captioned her Snapchat with "this was the image that changed my life." 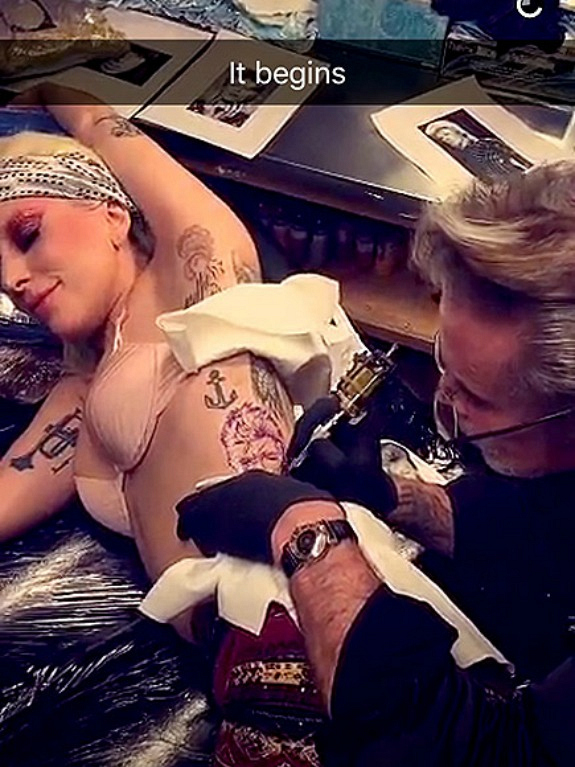 Famed tattoo artist Mark Mahoney gave the tattoo to Mother Monster, who continued to snap captions such as "Hail Mary full of Saint Bowie" and "Blackstar," which was the name of Bowie's last album released two days before his death.

Tonight, Lady Gaga will honor David Bowie in what's sure to be an inspirational tribute on the 2016 GRAMMY stage. The "Bad Romance" singer has been working closely with three-time GRAMMY Award winner and Bowie's personal friend, Nile Rogers, who will act as her musical director.

Don't miss a moment of the 58th Annual GRAMMY Awards, hosted by two-time GRAMMY Award winner LL COOL J, when the ceremony is broadcast live from STAPLES Center in Los Angeles on Monday, Feb. 15 at 8e/5p on CBS. The Awards will also be available for streaming through CBS All Access.