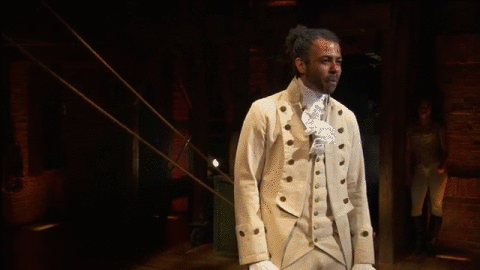 The performance was beamed directly from the Richard Rodgers Theatre in NYC, where the cast flooded back on stage to accept the golden gramophone. However, when star/composer/lyricist Lin-Manuel Miranda approached the mic to offer a speech on behalf of the production, instead of simply speaking words of gratitude, he decide to rhyme them instead.


In case you missed the performance, allow Rosie O'Donnell and James Corden, host of The Late Late Show, to expound on how this historically inspired musical managed to become Broadway's hottest ticket.