Harry Connick, Jr. To Host United We Sing: A GRAMMY Tribute To The Unsung Heroes On June 21

GRAMMY and Emmy Award-winning singer and actor Harry Connick, Jr. will host a new two-hour special event called United We Sing: A GRAMMY® Tribute To The Unsung Heroes. The special will be broadcast Sunday, June 21 at 8/7c on CBS and CBS All Access.

The show features Harry Connick, Jr. and his filmmaker daughter, Georgia Connick, as they take a road trip in an RV to thank and celebrate essential workers who risk their own lives on a daily basis to keep us safe. 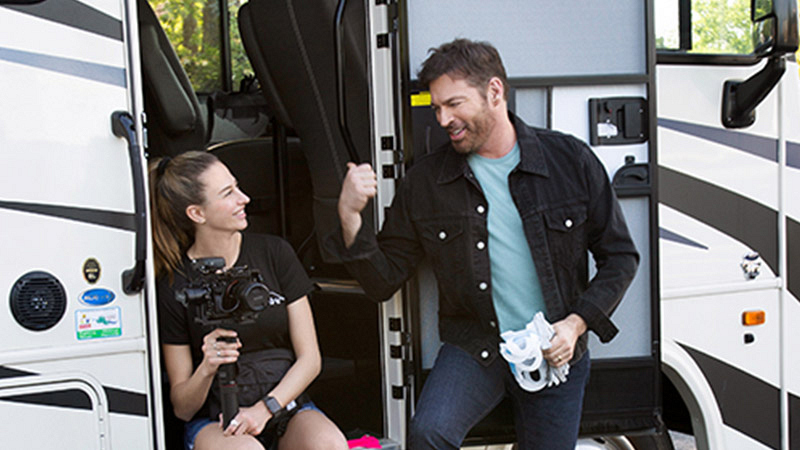 The Connicks’ journey begins at their home in Connecticut and, after stopping in various cities along the way, they reach their final destination of New Orleans, LA. At each stop, the father-daughter duo listen to the stories of essential workers in healthcare, food preparation, sanitation, law enforcement, trucking, and more to honor their dedication and public service during this unique moment in history.

The two-hour special event culminates in Connick’s hometown of New Orleans, with moving musical performances by Connick, Trombone Shorty, and Irma Thomas at iconic locations throughout the city.

The special will invite donors to contribute to charities that support underserved children, such as No Kid Hungry and the Ellis Marsalis Center for Music in New Orleans, as well as to the MusiCares® COVID-19 Relief Fund—a charitable organization of the Recording Academy.

United We Sing: A GRAMMY® Tribute To The Unsung Heroes was filmed with a minimal crew practicing social distancing and with extensive safety precautions in place.