Listen Up To These CBS Stars, Who Are Also Pitch-Perfect Singers

You've seen them in your favorite CBS shows, but did you know these talented actors are also singing sensations? Get better acquainted with these noteworthy stars. Watch the 73rd Annual Tony Awards, hosted by James Corden, live from Radio City Music Hall in New York City on Sunday, June 9 at 8/7c on CBS and CBS All Access. 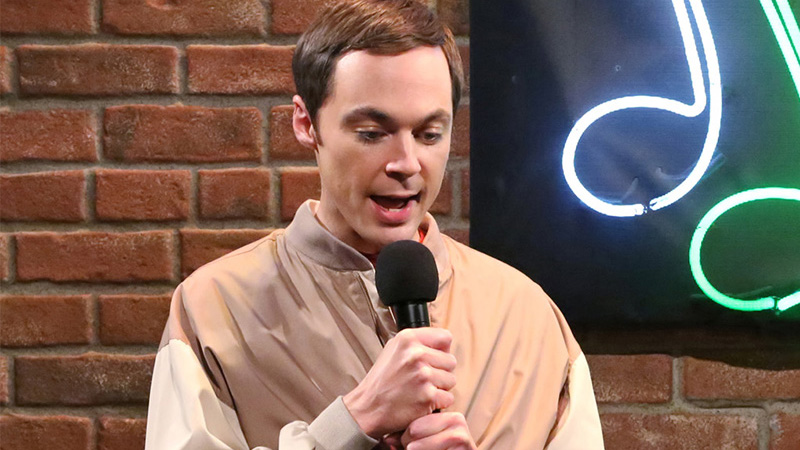 Jim Parsons is a star of both the stage and screen, but did you also know his singing skills are also on-point?

Okay, so we're not sure if The Big Bang Theory star will be releasing a solo album anytime soon, but the Texas native definitely displayed some pretty serious vocal prowess on past episodes like "The Bachelor Party Corrosion" (Episode 3, Season 9), which found him belting out a version of Queen's "We Will Rock You."

Plus, who could forget his rendering of Fiddler On The Roof's "To Life! (L'Chaim)" on "The Grasshopper Rendering" (Episode 8, Season 1)?

In honor of the upcoming 73rd Annual Tony Awards®, let's celebrate some more CBS stars who are also pitch-perfect singers! Coincidentally, Parsons performed on Broadway as Michael in The Boys In The Band, and he is also scheduled to play the role in an upcoming film version of the play.

Stream full episodes of the final season of The Big Bang Theory on CBS All Access. 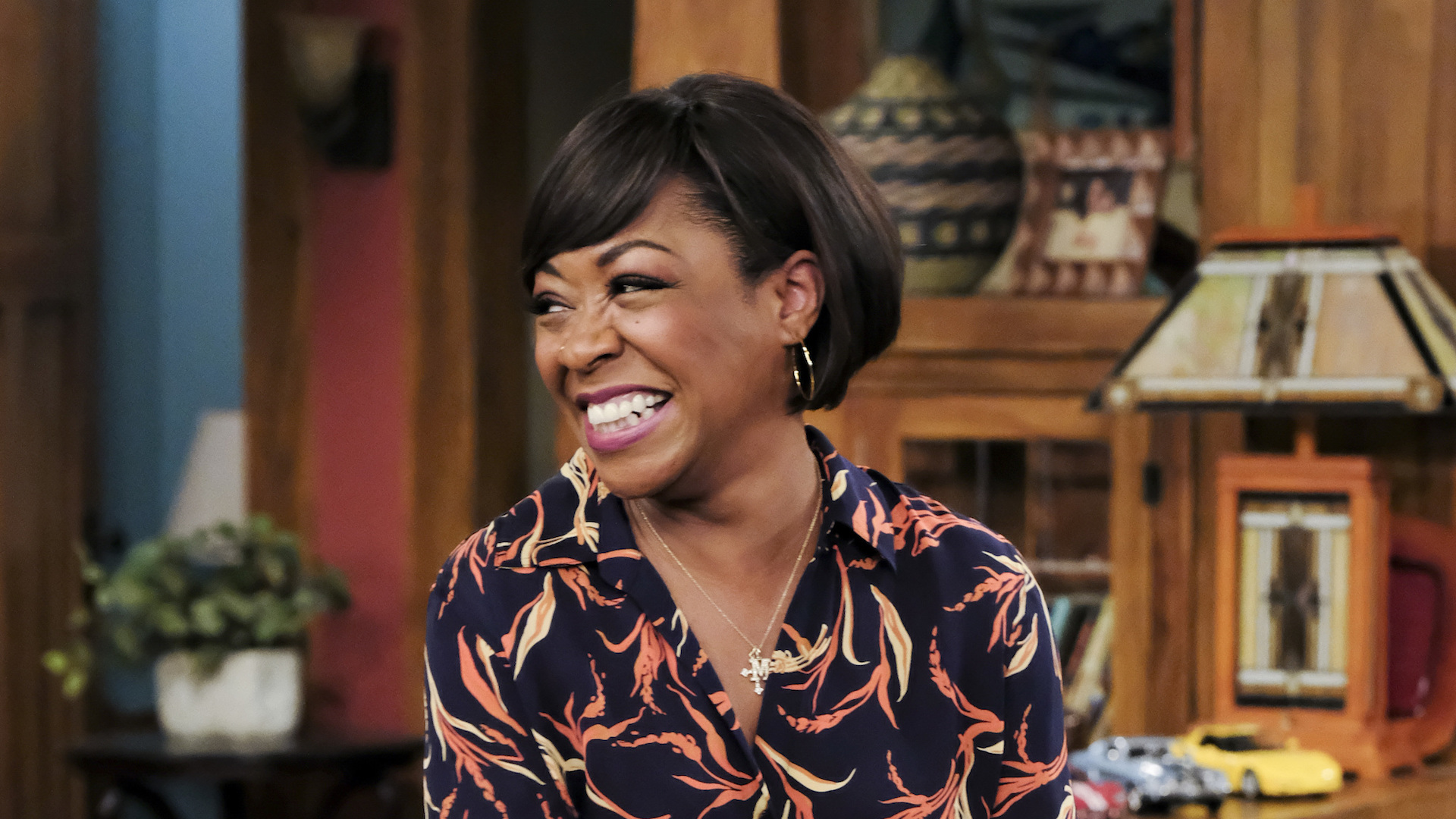 Tichina Arnold from The Neighborhood

Well established in the New York theater scene (including the musical If These Hips Could Talk), Tichina Arnold from The Neighborhood got off to an early start by attending the Fiorello H. LaGuardia High School of Music & Art and Performing Arts.

Her singing talents have translated to multiple creative outlets, from films (like Little Shop of Horrors) to popular social media videos (singing in the car with her daughter).

Watch full episodes of The Neighborhood on CBS All Access. 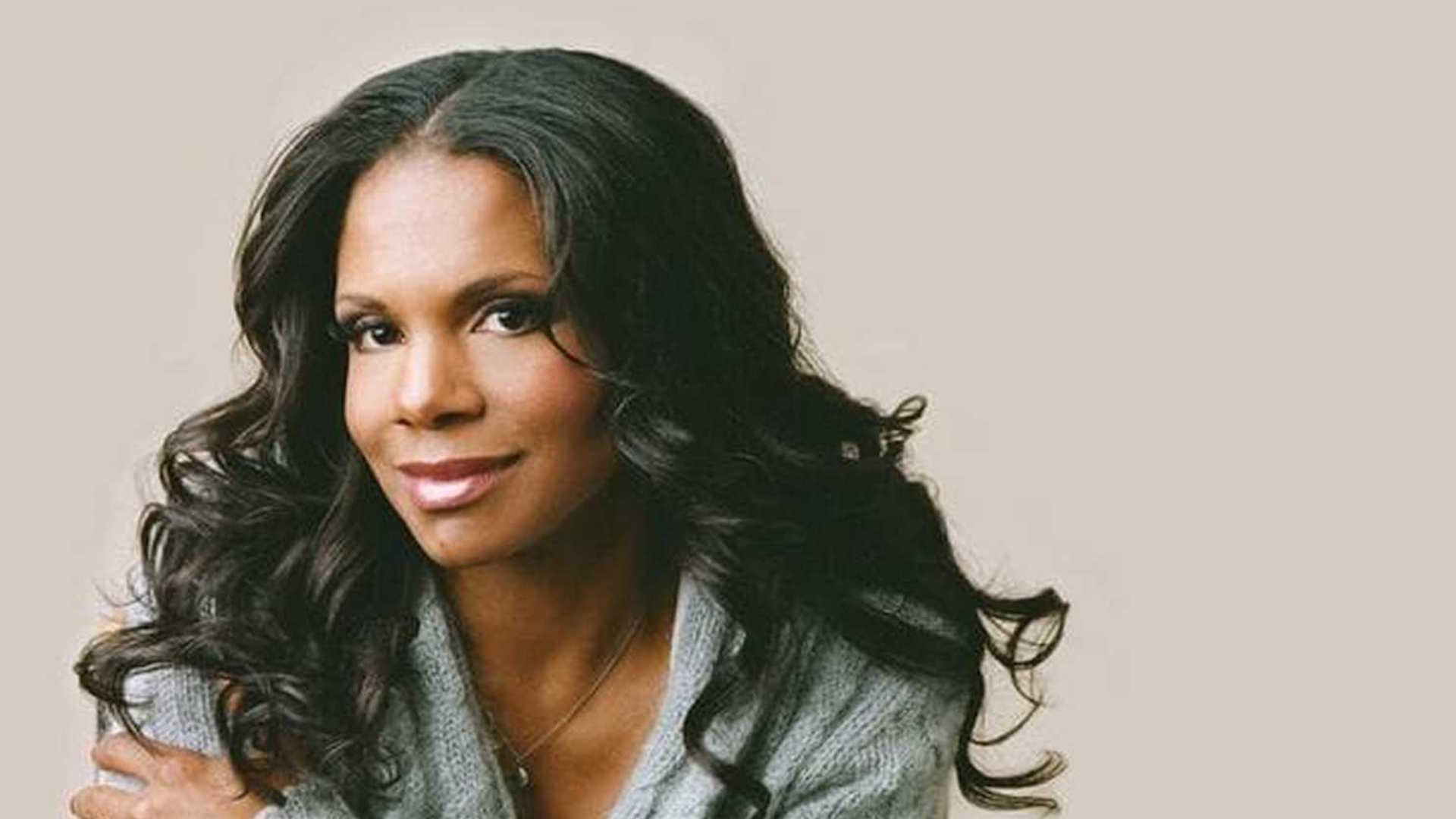 Audra McDonald from The Good Fight

Audra McDonald, who joined the powerful women of The Good Fight as a series regular in Season 2, has an unparalleled stage career. With more performance wins than any other actor, the six-time Tony Award® winner is the only person to win all four Tony acting categories.

A classical soprano, Audra has appeared in such Tony-winning musicals as Carousel, Ragtime, Marie Christine, 110 in the Shade, Porgy and Bess, Lady Day at Emerson's Bar and Grill, and many other productions. 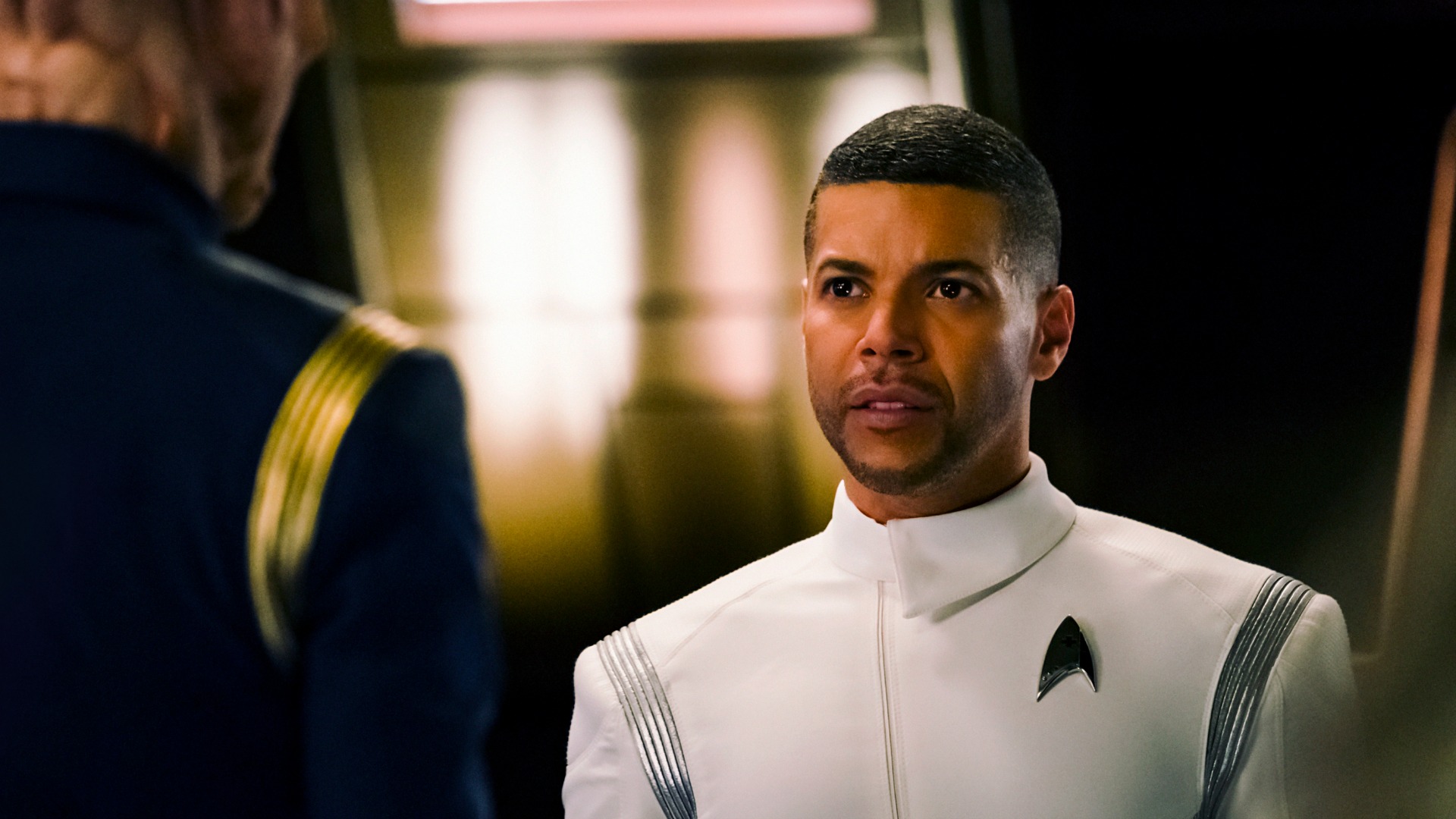 Since getting his start as Rickie Vasquez in the classic teen television drama My So-Called Life, Wilson's career has skyrocketed—all the way in to space. Before starring in Star Trek: Discovery as Dr. Hugh Culber, Wilson sang and danced his way across the Broadway stage as Angel in Rent.

Season 1 of Star Trek: Discovery is now streaming, exclusively on CBS All Access. 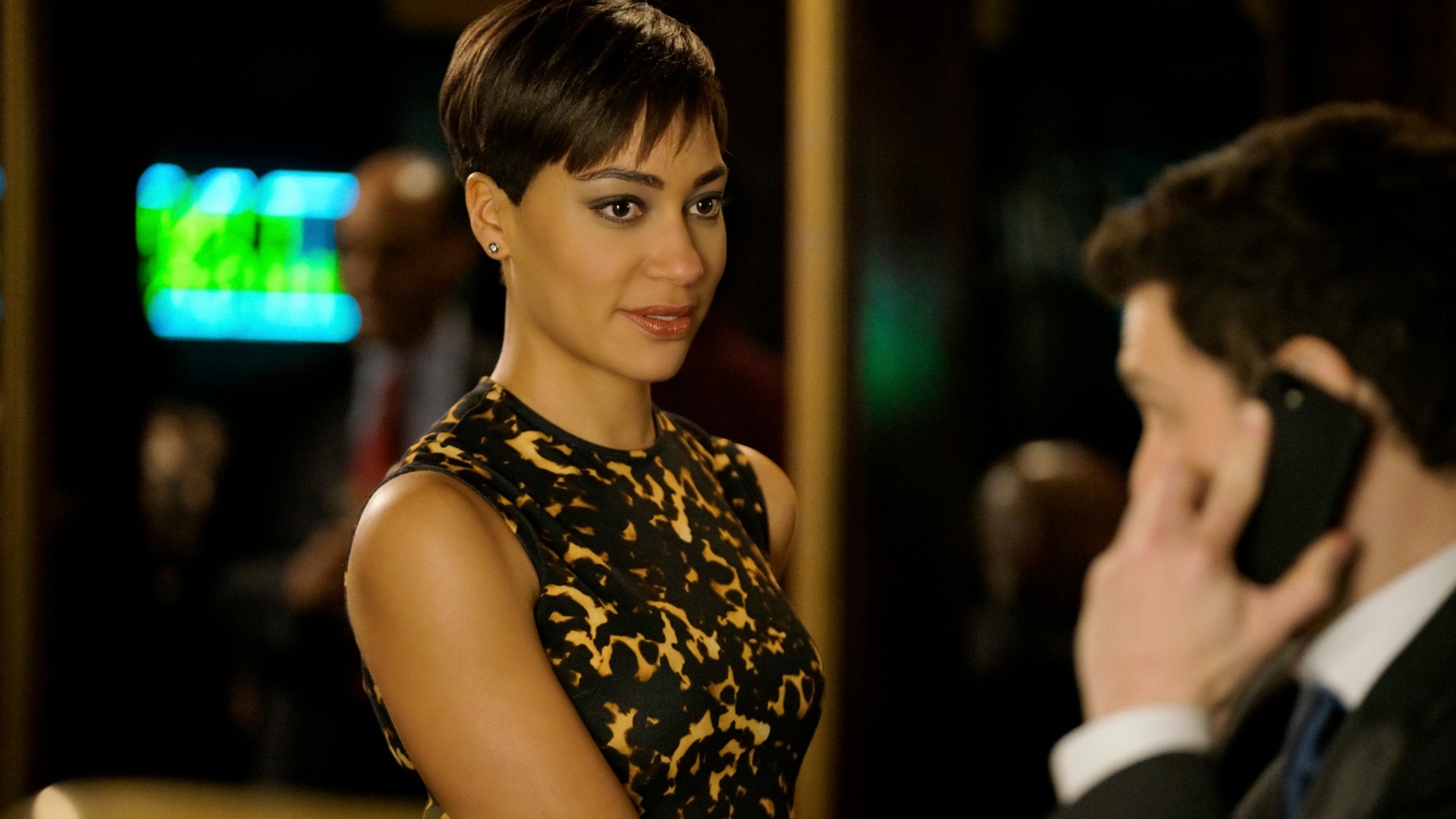 Cush Jumbo from The Good Fight

You'd be surprised to learn that Jumbo not only has a British accent, she's also a star of the screen and the stage!

Cush made her stage debut in summer 2013 when she performed in Josephine and I, a one-person play about jazz singer Josephine Baker. And she doesn't just act and sing: This triple threat also co-wrote the musical Rebels and Retail, a shortlisted entrant in the Perfect Pitch West End Showcase 2008. 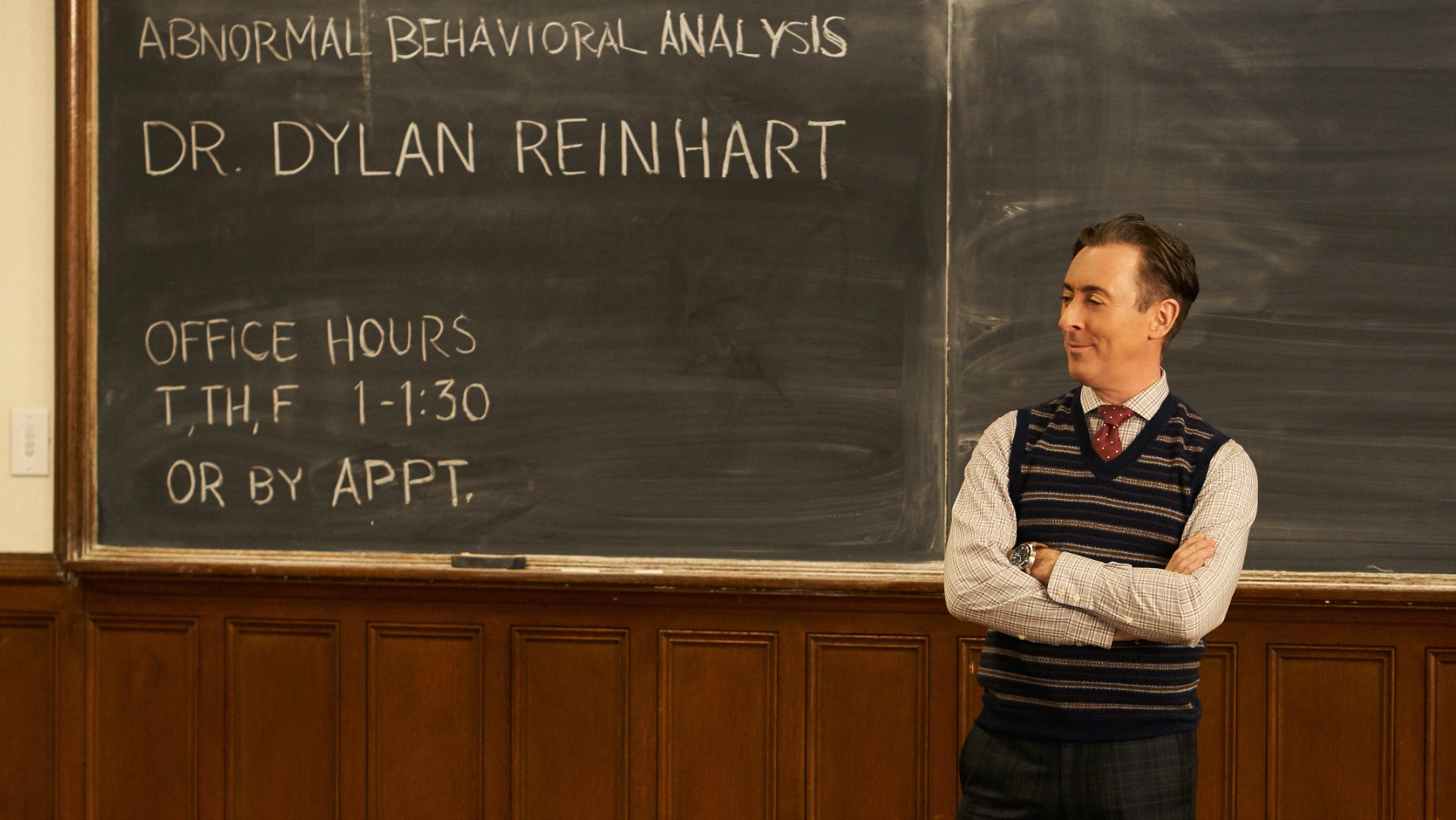 After graduating from the Royal Scottish Academy of Music and Drama with a B.A. (Dramatic Studies), Alan's career has truly taken the stage.

With roles in Cabaret and The Threepenny Opera (opposite Cyndi Lauper!), plus a Tony Award for Best Performance by a Leading Actor in a Musical (Cabaret), it's safe to say his spotlight is shining bright.

Stream full episodes of Instinct on CBS All Access. 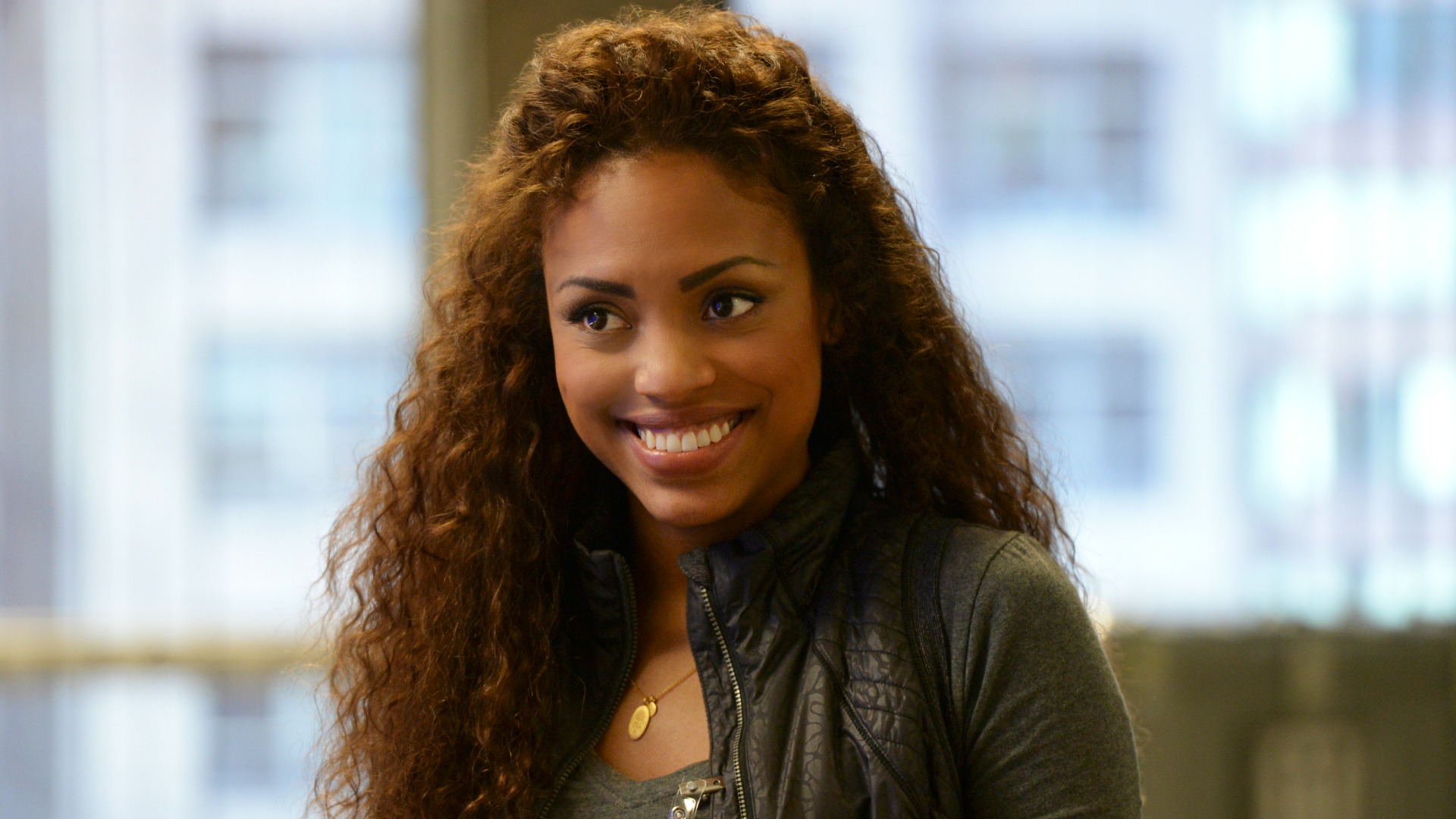 Though Jaime has appeared in a variety of TV drama series over the years, the Bull star made her stage debut as Mimi Marquez in the international and Broadway productions of musical Rent in 2005. 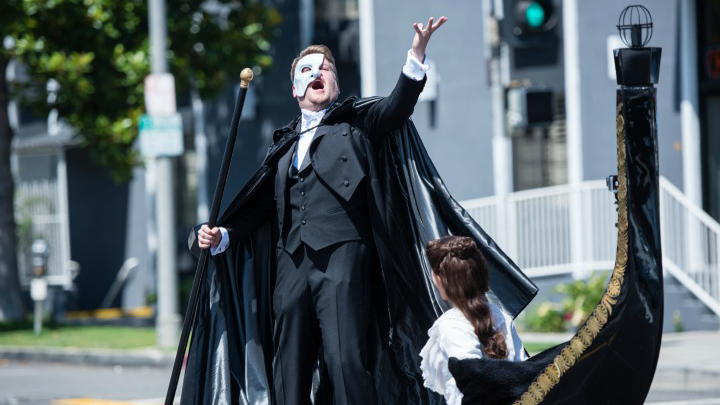 Perhaps you've seen James Corden driving around town, singing with megastars, like Adele and Elton John, in his famous Carpool Karaoke series on The Late Late Show. Or maybe you already know that he appeared as host of the 2017 GRAMMY Awards.

No matter how you know him, this much is clear: James Corden is a triple-threat, complete with a killer set of pipes.

Hey, pal, mind sharing some of your overflowing talent with the rest of us? 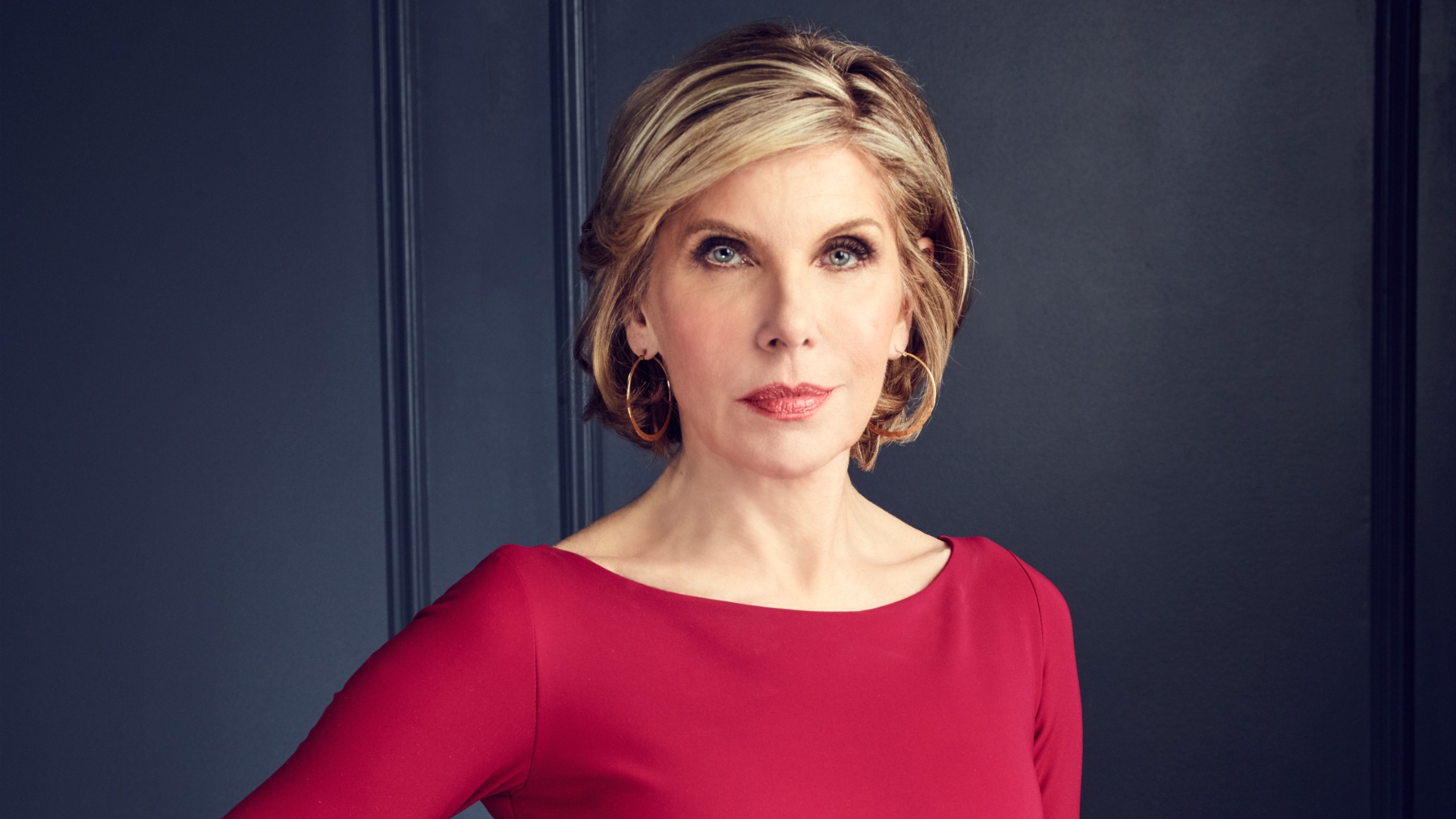 Christine Baranski from The Good Fight

This no-nonsense lawyer also has some serious pipes! 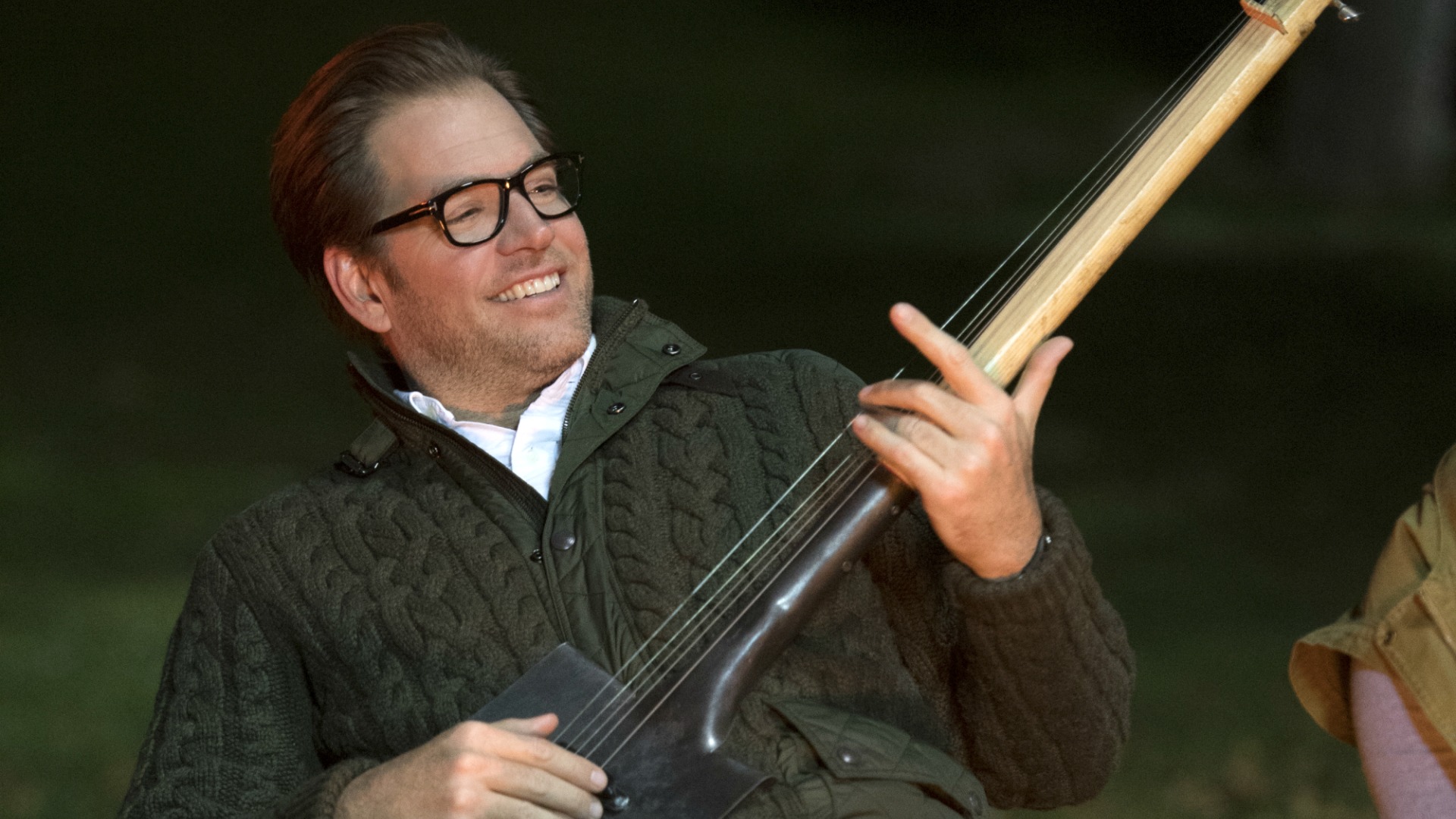 Yep, before Bull, Michael Weatherly was in a band where he sang, played guitar, and tickled the ivories.

His musical skills actually came in handy when he first moved to New York City to pursue a career in acting and often performed in subways to make a few extra bucks. Since then, he's recorded professionally, and two of his songs, "Bitter And Blue" and "Under The Sun," were featured on two official soundtracks for NCIS. 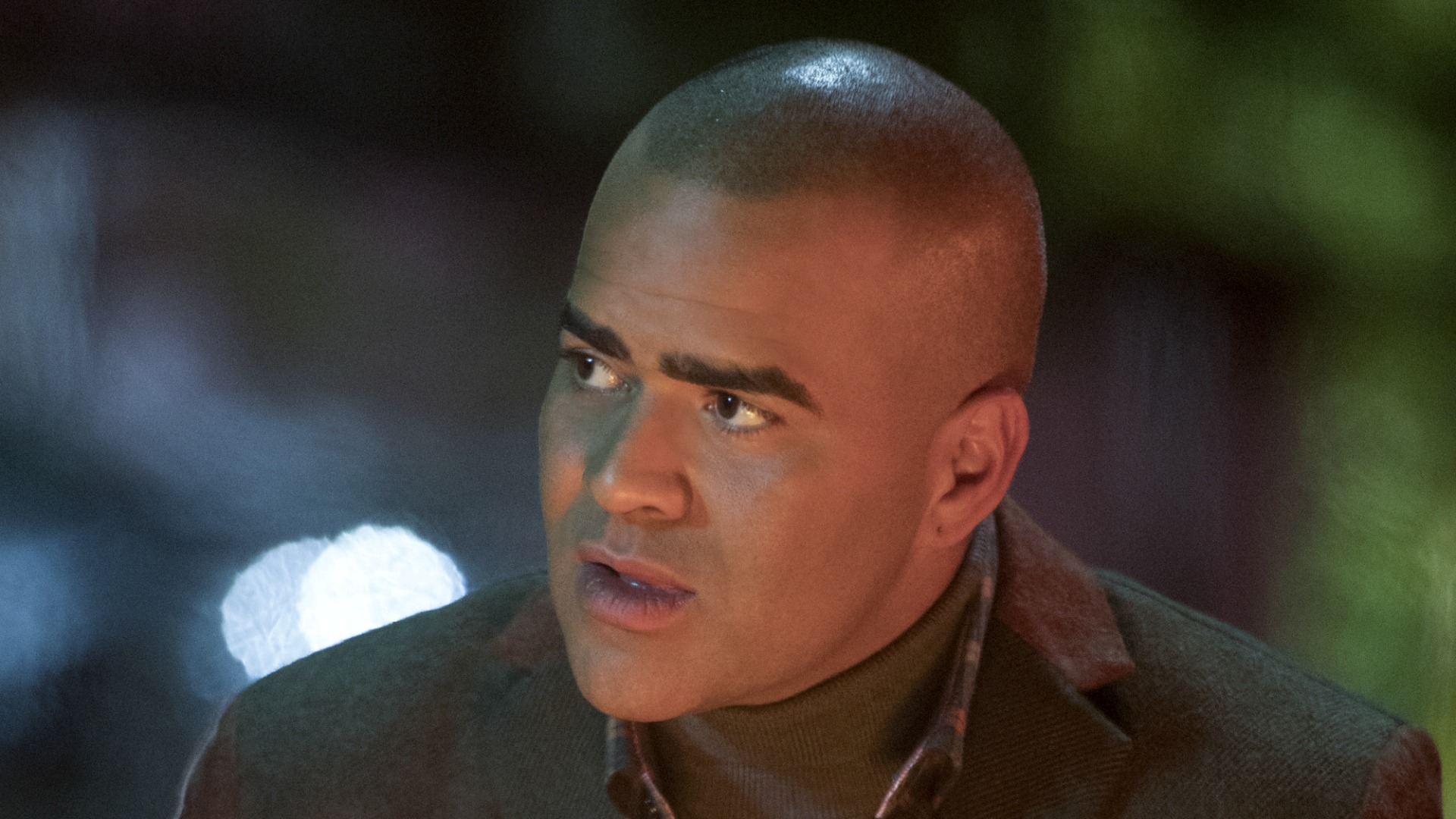 Christopher Jackson serves as Dr. Bull's "Right Hand Man," as Chunk Palmer on Bull. But before he was styling outfits on TV, the Emmy and GRAMMY Award-winning actor devoted much of his time to Broadway musicals.

Most recently, Chris starred as George Washington in the wildly successful Broadway production of Hamilton, for which he received a 2016 Tony Award nomination for Best Featured Actor In A Musical; plus, over the years, he's delighted audiences in The Lion King, Moana, and more.

The talented singer also released his first solo album, In The Name Of Love, in 2010. 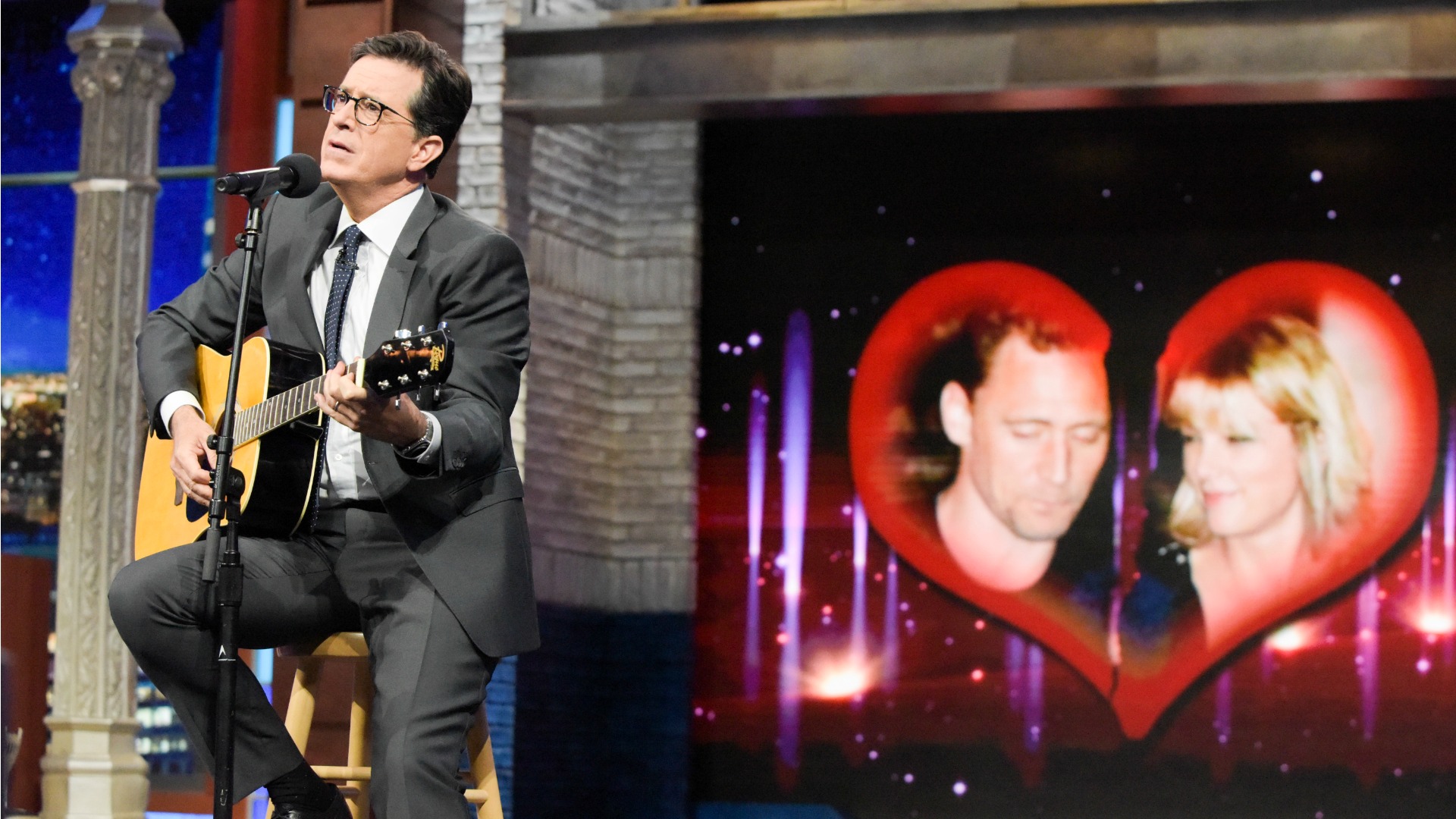 Stephen Colbert from The Late Show

The hilarious host of The Late Show never ceases to surprise us, from his seemingly encyclopedic knowledge of Tolkien to his ability to rock a mic.

Stephen has broken out into song many times on the show, like when he joined musical guests like Norah Jones and performed the original ballad "Taylor, Tom, And Me (Goodbye Hiddleswift)," a song that paid tribute to Taylor Swift and Tom Hiddleston's broken relationship. 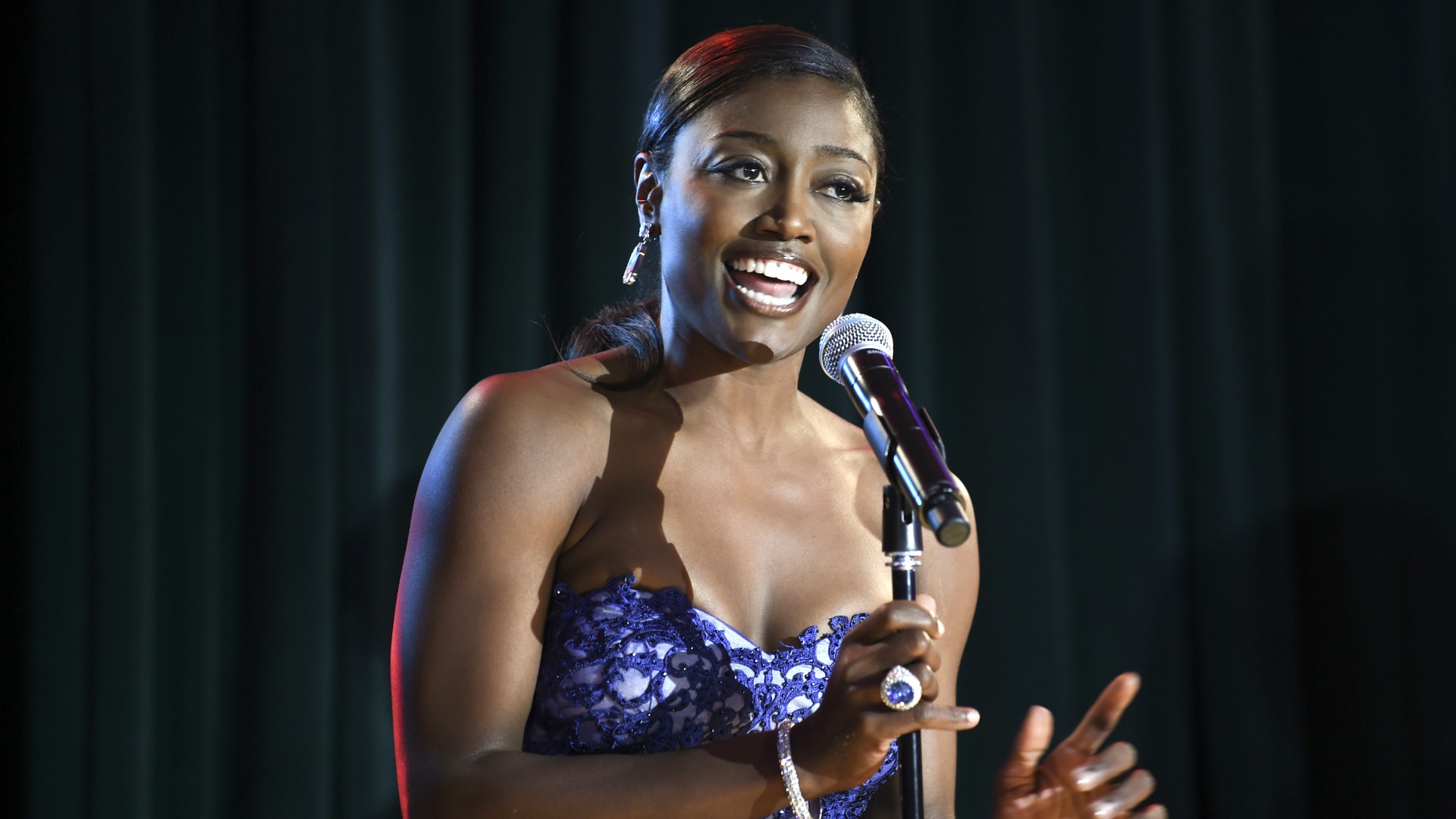 The gorgeous Patina Miller is no stranger to the dazzling lights of Broadway. Throughout her impressive career, the Tony Award-winning performer has starred in Pippin, Sister Act, Ragtime, and Hair, to name only a few.

Luckily, her character on Madam Secretary, Daisy Grant, shares her talent. Daisy showed off her impressive pipes in "Breakout Capacity" (Episode 8, Season 3) with a sultry rendition of "When The Saints Go Marching In." 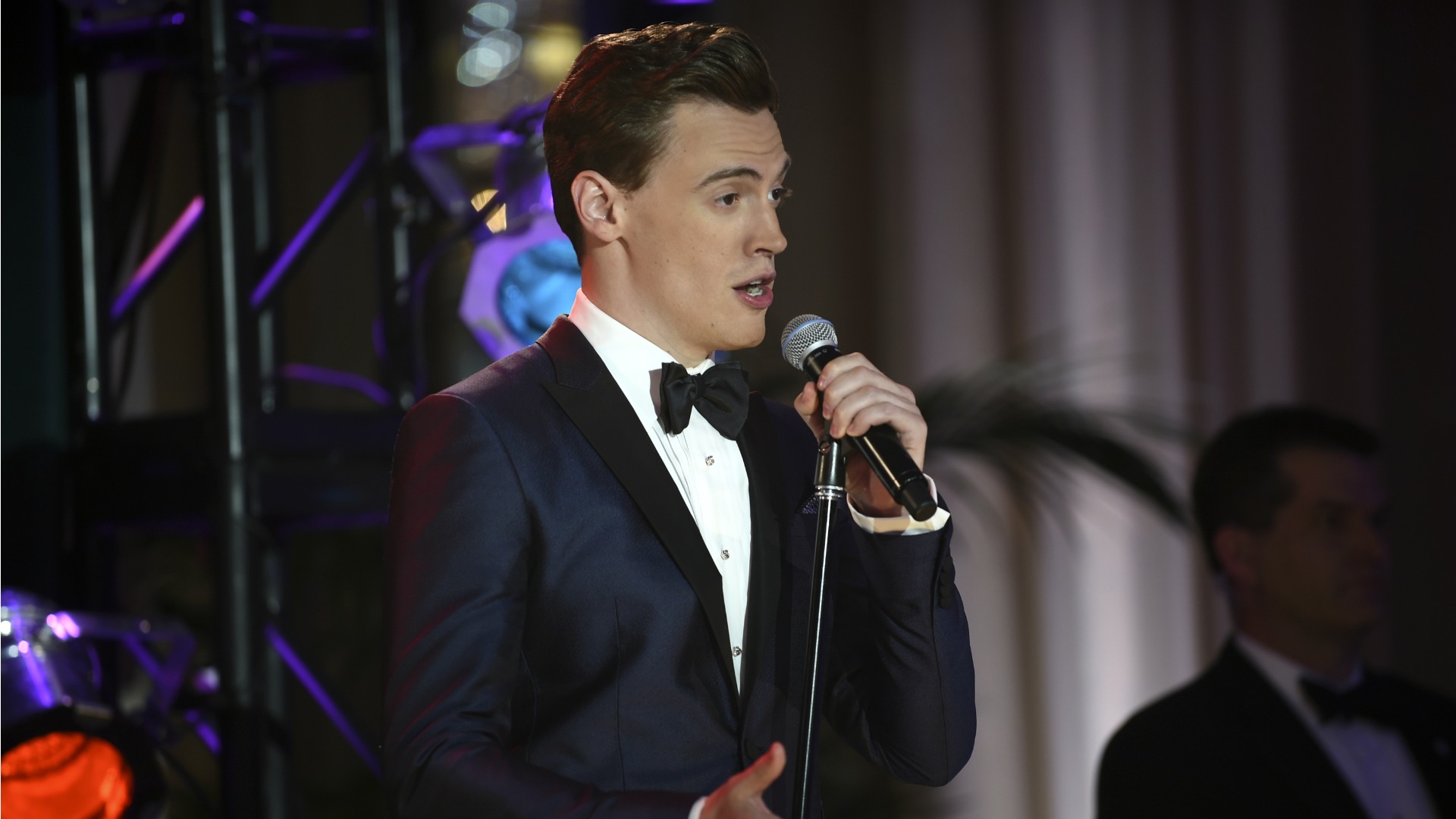 Before Erich Bergen stole our hearts as the lovable Blake Moran on Madam Secretary, he was hitting high notes as the lead in the national tour of Jersey Boys.

Then, after completing runs in Los Angeles and Las Vegas, Erich went on to star in the film version of the hit show.

The handsome crooner has also performed in Anything Goes, White Christmas, and The Ballad Of Bonnie & Clyde. 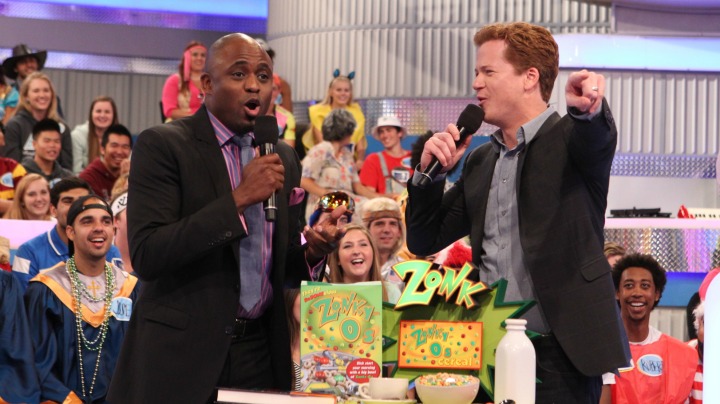 If you've watched Let's Make A Deal, you know that host Wayne Brady has a killer voice.

From screen to stage, he delights audiences with his huge personality and even greater vocal talent. The improv king has recorded his own music, starred in the 2004 revival of Chicago, and played Simon and Lola, the drag queen, in Broadway's Kinky Boots. Most recently, the actor-comedian stepped into the role of Aaron Burr for the Chicago production of Hamilton.

Watch Let's Make A Deal Weekdays on CBS and CBS All Access. 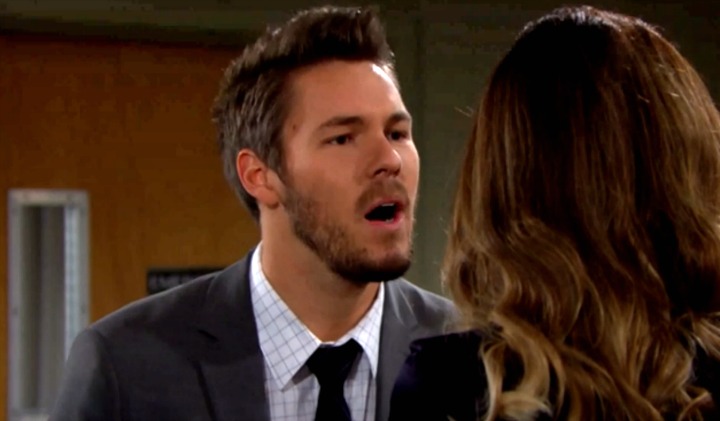 Scott Clifton from The Bold and the Beautiful

From starring on CBS Daytime to sweetly serenading fans on his own time, it seems there's nothing Scott Clifton can't do. In 2014, he released his solo album, Girl Go Home, and his silky vocals can be heard in a couple of songs featured on The Bold and the Beautiful.

Watch The Bold and the Beautiful Weekdays on CBS and CBS All Access. 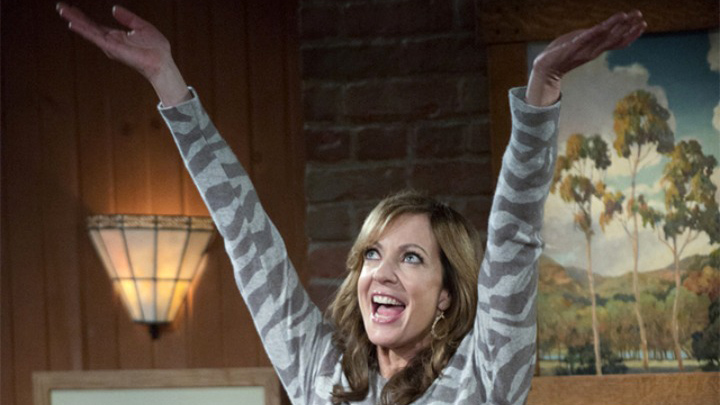 We already know this Mom star is an award-winning actress, but did you know she can also hit some impressive high notes?

Though, Allison Janney never really considered herself a singer, fans would say otherwise after hearing her belt out "One Of The Boys" and "On The View" as Violet Newstead in the Broadway musical 9 To 5. She even took home a Drama Desk Award for Outstanding Actress in a Musical and a Tony nominee for her performance.

Stream full episodes of Mom on CBS All Access. 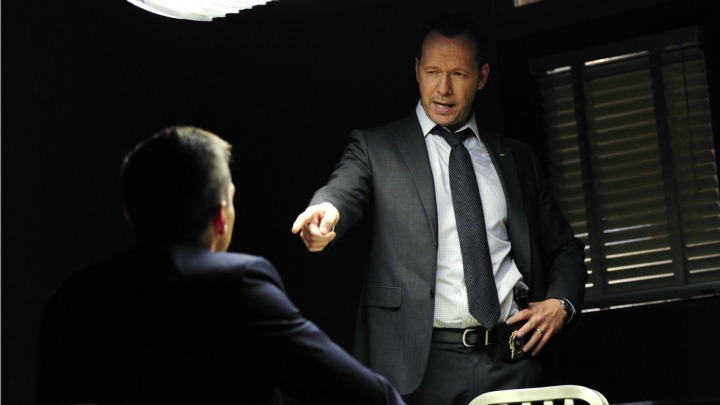 Before he became Detective Danny Reagan, Donnie Wahlberg was a singing sensation.

Made famous as one of the members of the boy band New Kids On The Block, Donnie's song and dance skills started way back in the '80s when he performed hits like "You Got It (The Right Stuff)" and "Step By Step."

These days, Donnie manages to find the time to remove his shield on occasion and continues to tour with his bandmates in NKOTB. 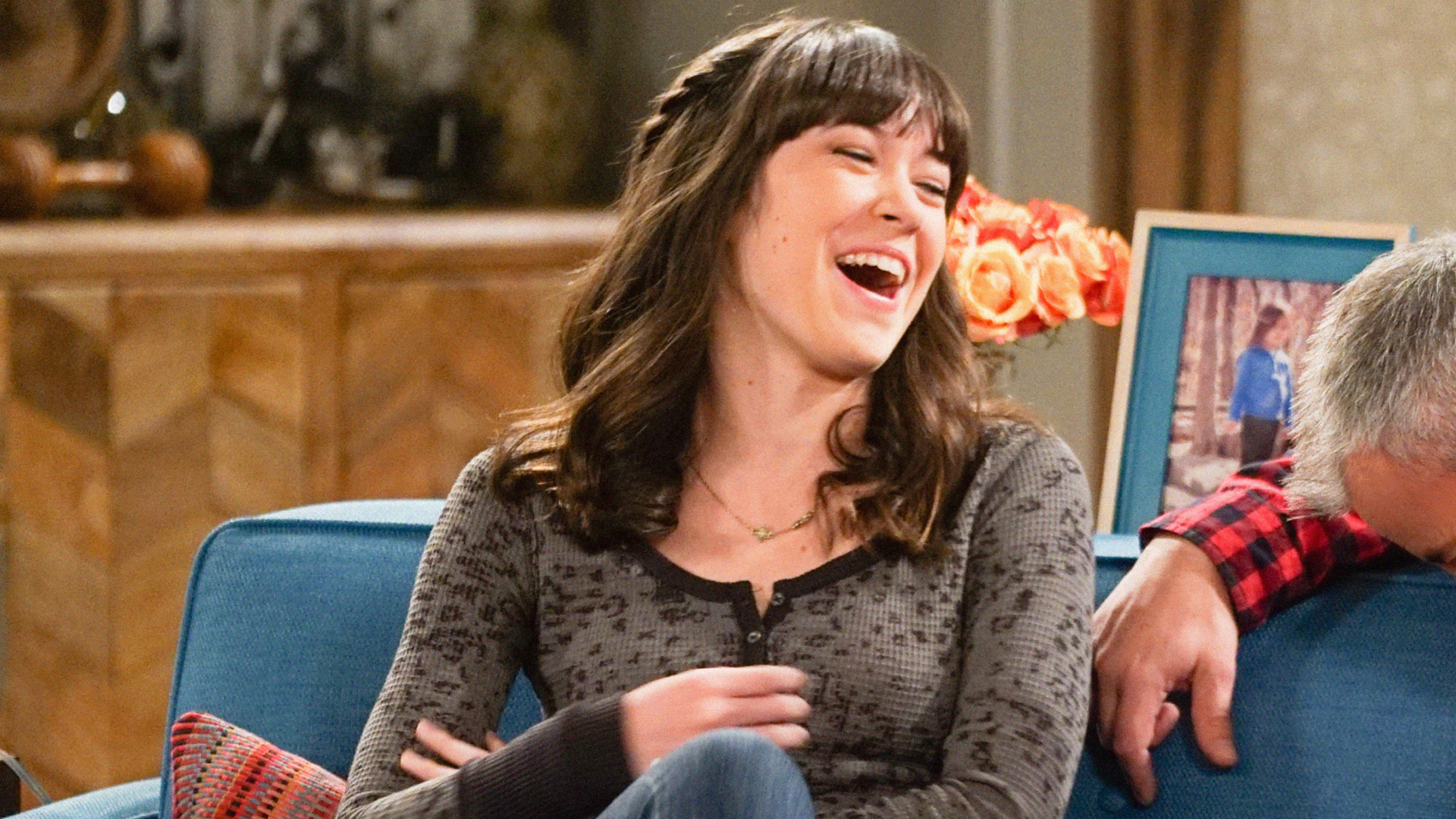 Grace Kaufman from Man With A Plan

The tween brunette can be heard as the voice of Deema on the TV series Bubble Guppies, where she learned a great deal about vocal range and technique.

Stream full episodes of Man With A Plan on CBS All Access. 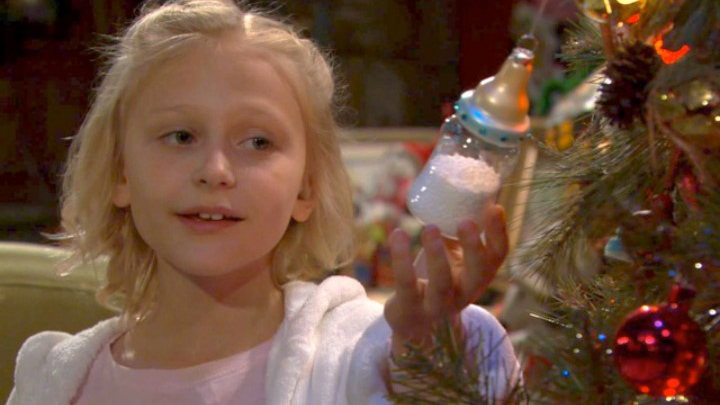 Alyvia Alyn Lind from The Young and the Restless

Adorable and bubbly, Alyvia Alyn Lind stole our hearts as Faith Newman on The Young and the Restless.

Recently, she illuminated the silver screen with her precious Christmas carols on Y&R and with her performance as a young Dolly Parton in the TV movie Coat Of Many Colors. Though she is young, she can surely belt!

Watch The Young and the Restless Weekdays on CBS and CBS All Access. 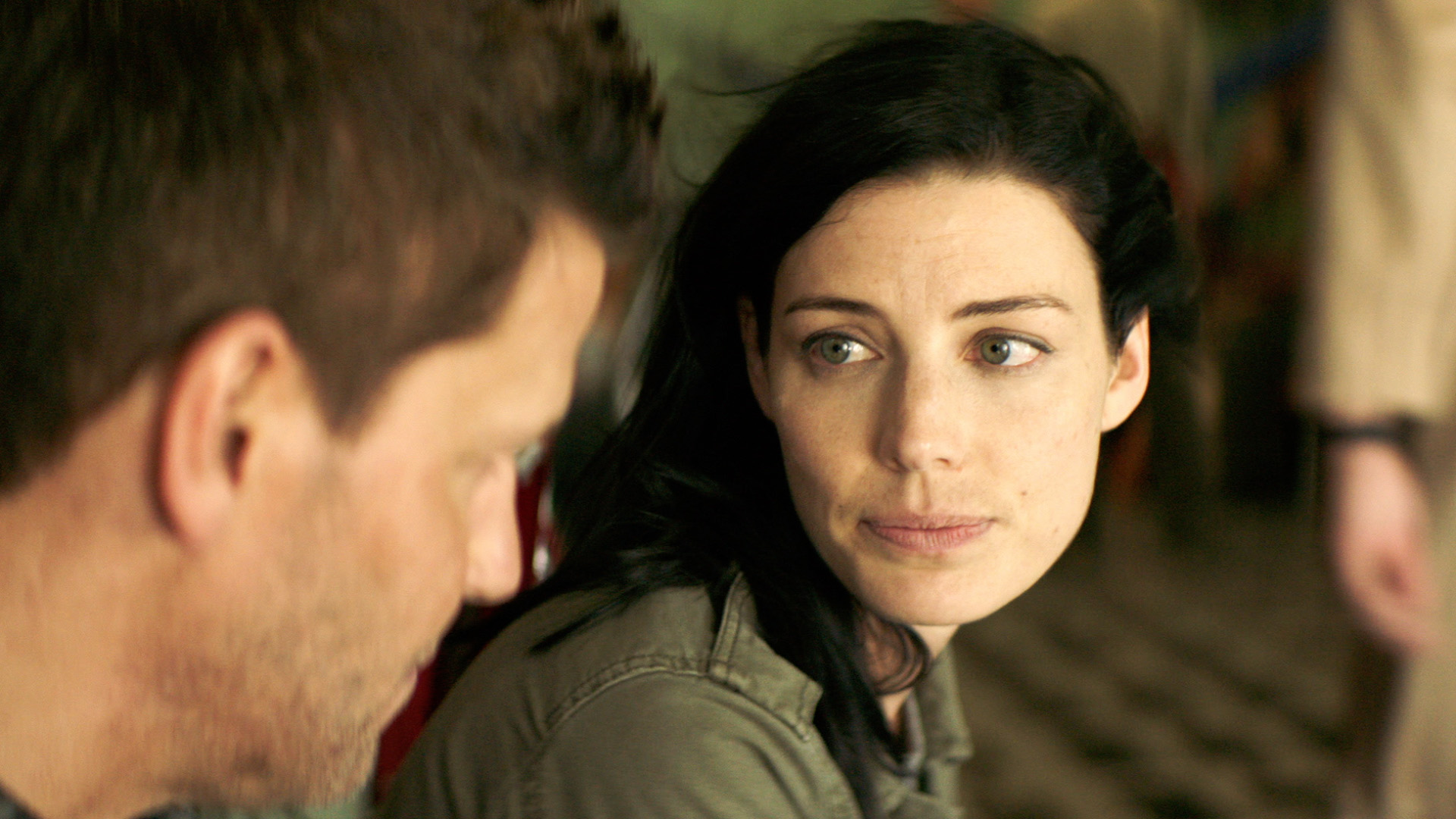 During her time on Mad Men, Jessica both sang and danced in the Season 5 premiere, in which she performed a sultry cover of the 1960 hit "Zou Bisou Bisou" by Gillian Hills. This was so notable, in fact, that the actress's recording was released digitally and on vinyl.

Off-screen, Jessica also hit the stage with The Jesus and Mary Chain for two shows in 2012, performing their 1985 single "Just Like Honey." 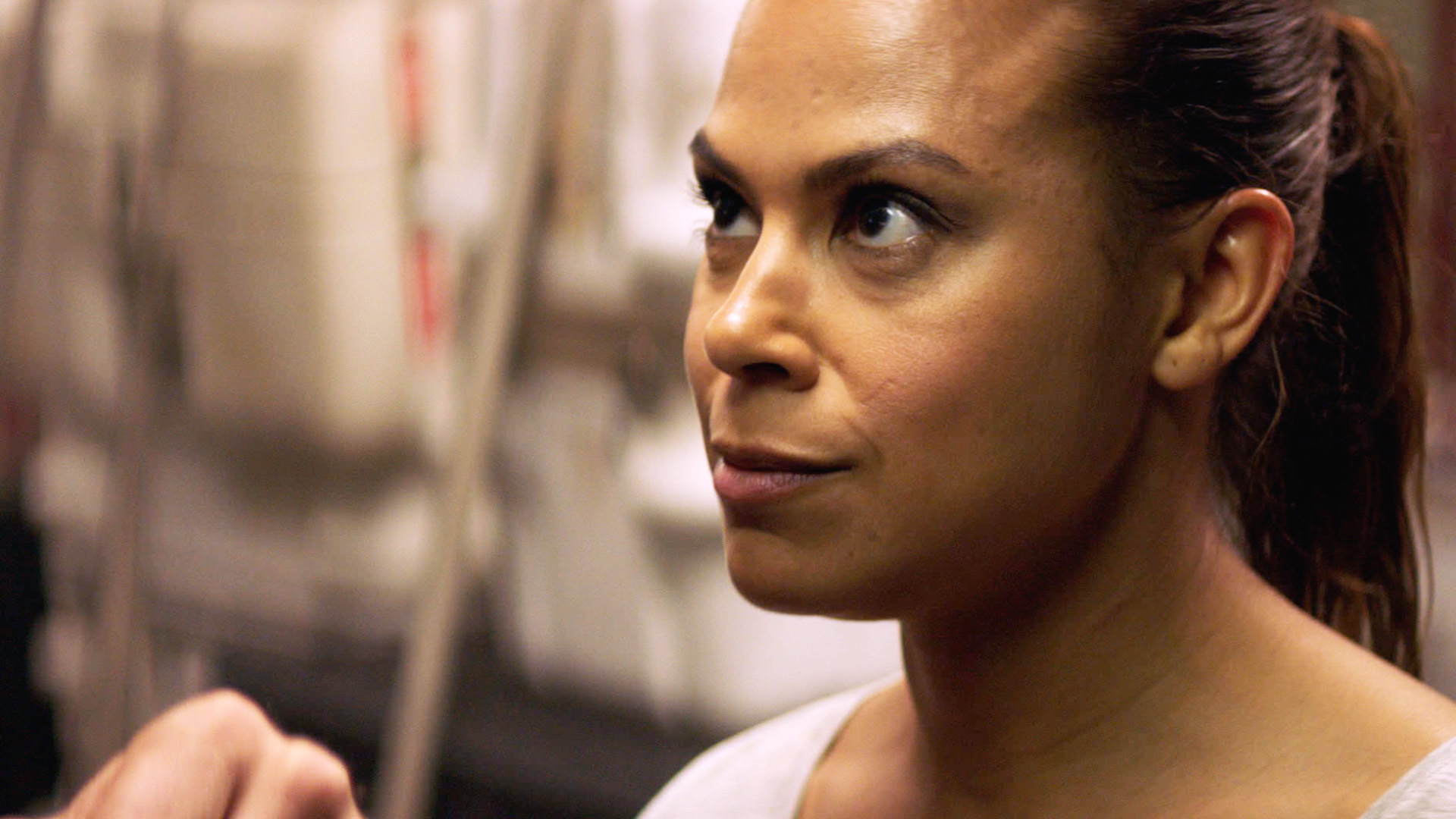 Not only is Toni musically gifted, but she earned her BFA in Musical Theatre from the University of Michigan. She went on to perform in multiple musicals, including Kiss Me, Kate, West Side Story, Oklahoma!, Follies, Footloose, and others.