The song that opened the episode, "Hawaiian War Chant," borrows its melodic line from “Kaua I Ka Huahua,” a love ballad written in the late 1800s by Prince William Pitt Leleiohoku. 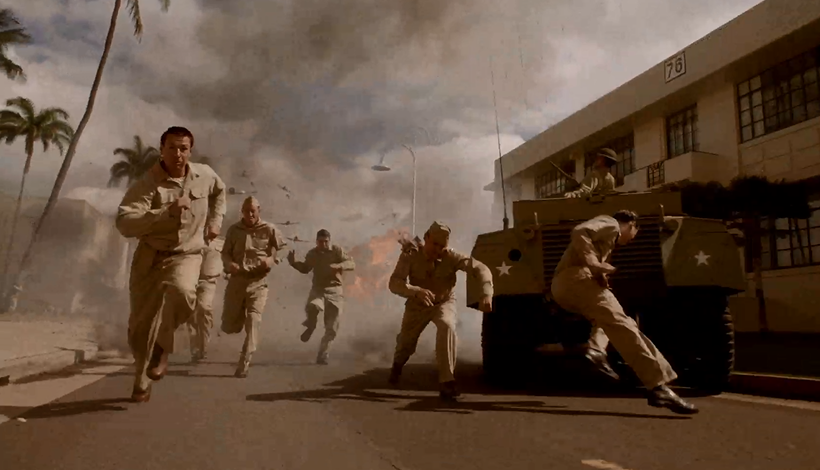 Stunt coordinator, Jeff Cadiente, worked with 100 stuntmen, extras, and actors in choreographing the episode's battle scene. He rehearsed with the timed explosives seen here to ensure that no one was hurt during filming. 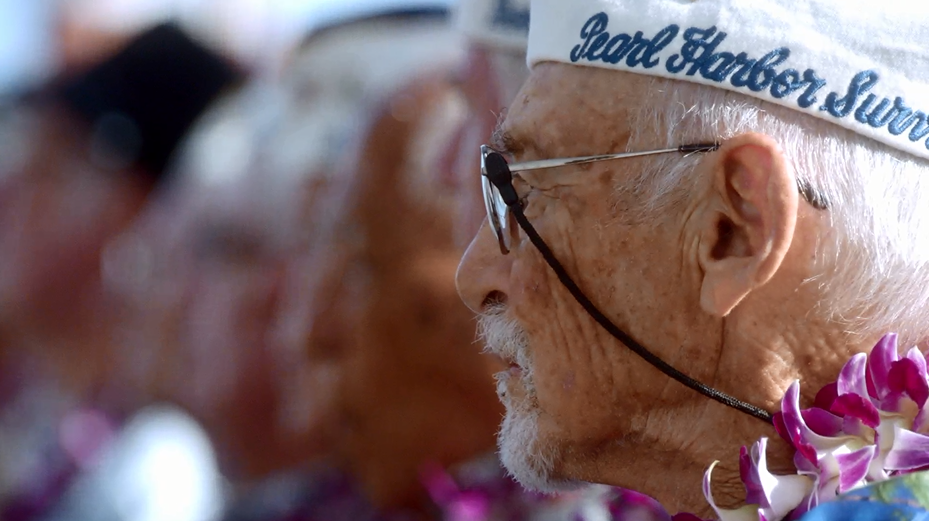 Actual World War II veterans were used as extras in the filming of the Pearl Harbor remembrance ceremony. 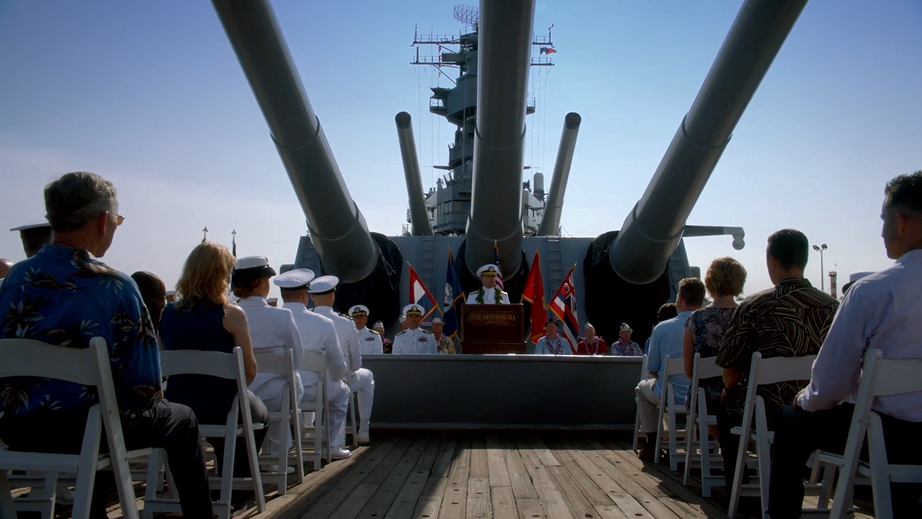 The Navy ceremony featured in the episode was hosted aboard the USS Missouri. Japanese foreign affairs minister Mamoru Shigemitsu surrendered to General Douglas MacArthur on the deck of the USS Missouri in July 1945-- the act signified the end of the Second World War. 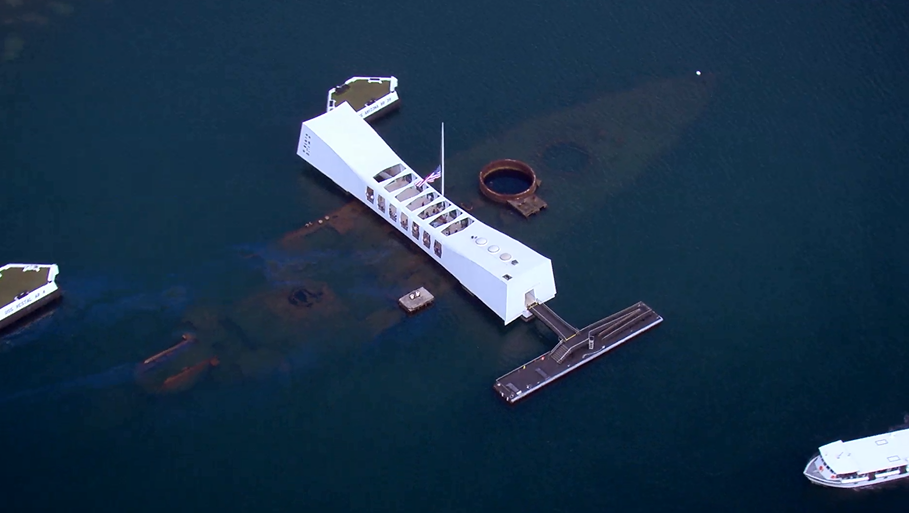 The USS Arizona took on nearly 1.5 million gallons of fuel before the attack on Pearl Harbor. About 500,000 gallons of oil remains on the ship today and seeps into the harbor at a rate of nine quarts of oil each day-- the phenomenon is referred to as “tears of the Arizona” or “black tears.” 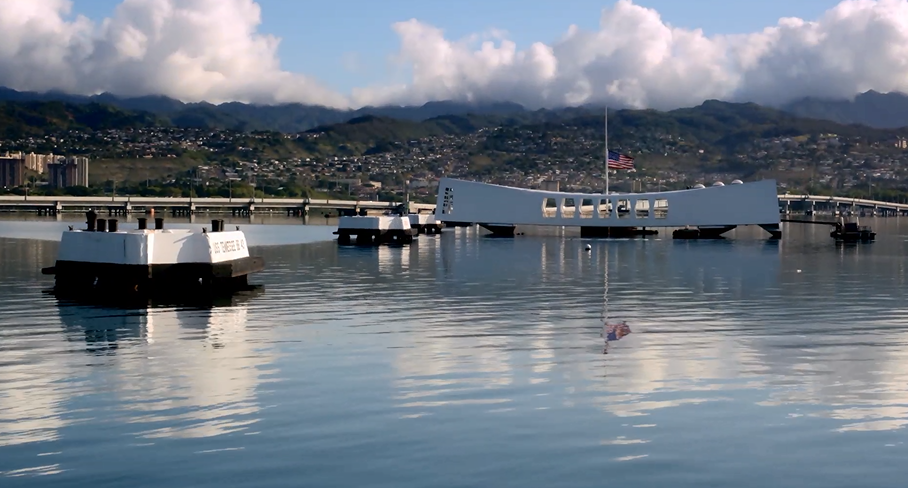 Alfred Preis, the architect of the USS Arizona Memorial, was briefly interned at the Sand Island Detainment Camp because of his German ancestry.

Shigenori Nishikaichi, a pilot involved in the attack on Pearl Harbor, was held captive after his plane crash landed on the island of Niihau. He attempted to escape, aided by three Japanese residents of the privately-owned island; and killed one of his captors, but was later bludgeoned to death by Ben Kanahele. 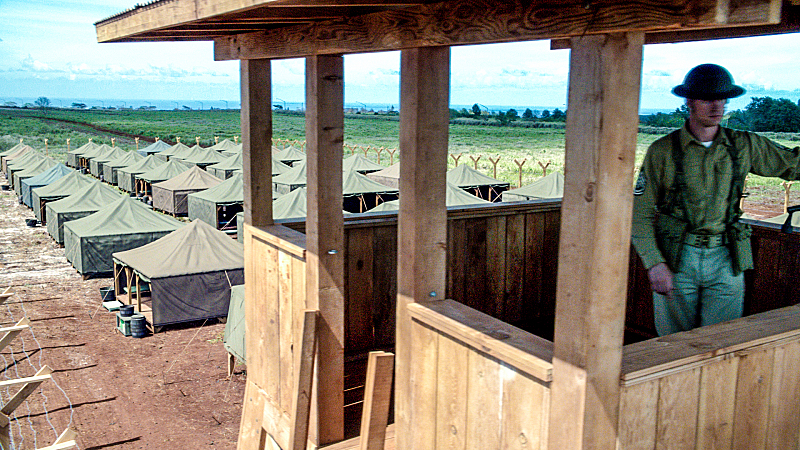 Honouliuli Camp, featured in the episode, was one of 14 centers in Hawaii where people were detained during World War II. It was one of the largest and longest operating camps in the Islands. At its peak, the camp held 300 interns and roughly 3,000 prisoners of war. 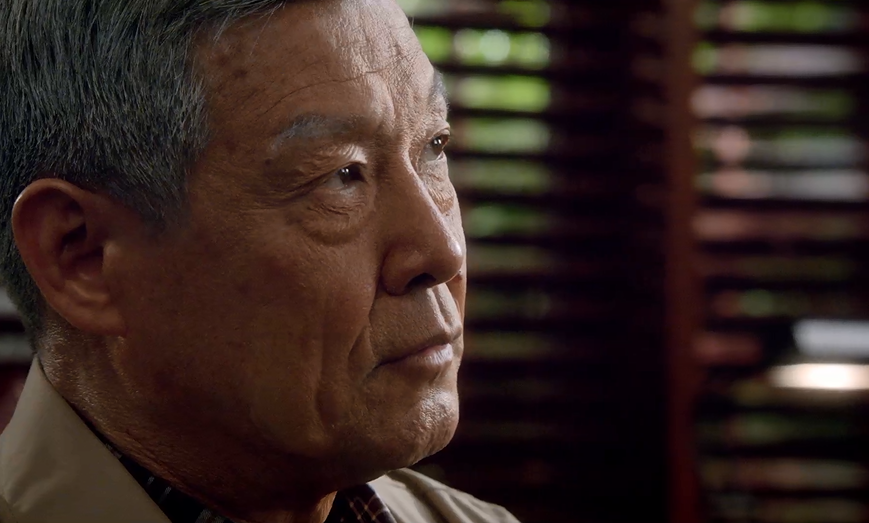 James Saito, who plays David Toriyama, is an American actor best known for his role as Shredder in the 1990 film “Teenage Mutant Ninja Turtles.” He also played Richard Wakatsuki in the 1976 TV movie "Farewell to Manzanar." 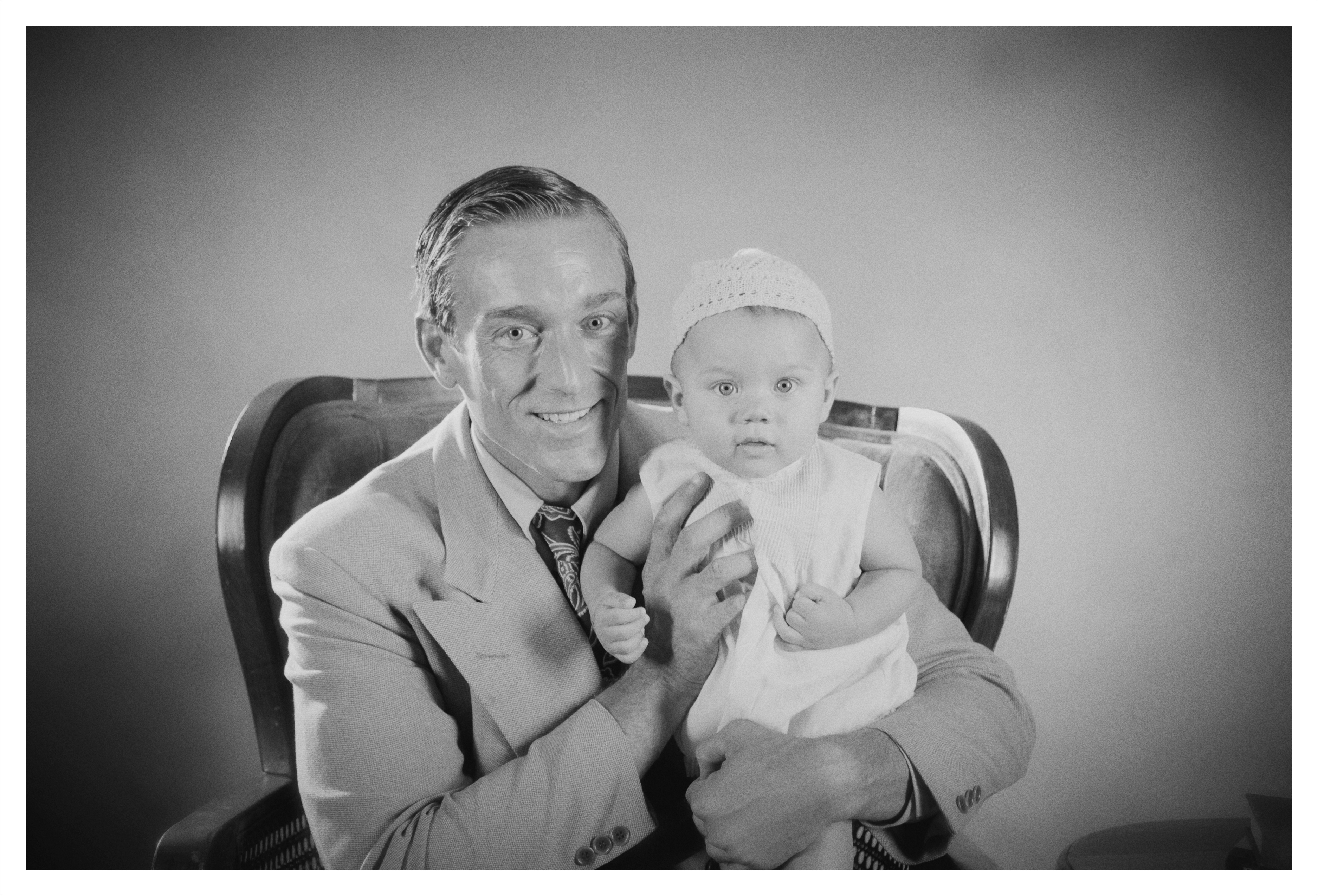 This is the photo shown in the episode of Steve's grandfather, who died at Pearl Harbor.