Don't miss the incredible special on Dec. 26 at 8/7c, featuring Cher, Reba, and more!
Each year, there's one night you can count on to lift your spirits and warm your soul—and that night is almost here!

The 41st Annual Kennedy Center Honors airs on Wednesday, Dec. 26 at 8/7c on CBS and CBS All Access.

Below are all the details about how to watch the two-hour event, which will be hosted by Gloria Estefan, one of last year's honorees.

Along with performances inspired by their legendary careers, this year's honorees will grace the stage and be recognized for their contributions our cultural heritage: actress Cher, composer and pianist Philip Glass, country music entertainer Reba McEntire, and jazz saxophonist and composer Wayne Shorter.

Tune in Dec. 26 at 8 p.m. ET as we celebrate these incredible luminaries during the #KCHonors broadcast on CBS: https://t.co/omAfV68lkU

How can you watch the 41st Annual Kennedy Center Honors?
In addition to the televised broadcast, you can stream the special live with CBS All Access. The service allows you to watch on iOS devices (including iPhones and iPads), Android devices (including phones and tablets), Apple TV, Google Chromecast, FireTV, PS4, Roku, Xbox, and many more!

What can you expect?
Memories from iconic lifetimes—and new memories that will last a lifetime! A breathtaking example is Aretha Franklin's 2015 performance on the Kennedy Center stage. When she passed away this year, Stephen Colbert, host of both The Late Show and the 2015 Kennedy Center Honors, revealed how he was caught off guard by her powerful, soulful rendition of "(You Make Me Feel Like) A Natural Woman."

Each year, the program is chock full of these moving tributes, breathtaking performances and collaborations, standing ovations, and incredible moments you'll treasure for years to come.

Look back at the past 40 years of Kennedy Center Honors in this celebratory video for a taste of what you can expect for this year's upcoming special.

READ: Look Back At The History Of The Kennedy Center Honors

Now that you have the details, join us for a night that will go down in TV history! 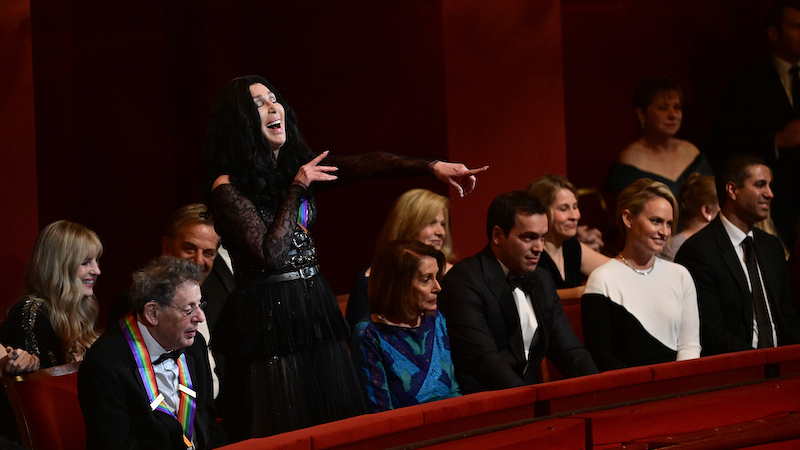 For more on the history of the Kennedy Center Honors, visit their website.

Watch the 41st Annual Kennedy Center Honors on Wednesday, Dec. 26 at 8/7c on CBS and CBS All Access.