George Clooney Amy Grant Gladys Knight, Tania León and U2 will receive tributes during the 2022-2023 season on CBS.
The recipients to be honored at the annual national celebration of the arts in Washington, D.C., are the acclaimed actor and filmmaker George Clooney; contemporary Christian pop singer-songwriter Amy Grant; the legendary singer of soul, Gospel, R&B, and pop Gladys Knight; Cuban-born American composer, conductor and educator Tania León; and iconic Irish rock band U2, comprised of band members Bono, The Edge, Adam Clayton, and Larry Mullen Jr.

“Whether saving humanity, masterminding a heist, or captaining a ship in dangerous seas, actor George Clooney’s unique brand of earnest charisma and his complete embodiment of a character has led us to root for him every time; multi-platinum singer-songwriter Amy Grant became the first artist to bring contemporary Christian music to the forefront of American culture, then equally thrived after crossing over into mainstream pop with hit after hit, and today is revered as the “Queen of Christian Pop”; in her 55-year music career, legendary singer and America’s beloved “Empress of Soul” Gladys Knight went from the Pips of Georgia to Grammy® royalty, showcasing a boundless vocal range and soulfulness that has stood the test of time;  a brave, young Cuban refugee turned Pulitzer Prize-winning composer and music ambassador, Tania León has blessed America for more than five decades with her astoundingly original compositions and continues to be a major influence on classical music; and one of most influential rock bands of the modern rock era, U2, won over America and the world long ago with their iconic anthems, potent lyrics, and powerful messages of social justice and global citizenship—earning a musical legacy that crosses generations, inspires, and unites.”

Deborah F. Rutter, Kennedy Center president, explained the distinction of the honors: “For nearly a half-century, the Kennedy Center Honors has represented the very best of America’s creative culture. The Honors is often referred to by past recipients as the pinnacle of awards because it recognizes not just one performance, album, or film, but esteems an artist’s cumulative body of work and influence over many decades…”

The 45th edition of the prestigious awards, presented for lifetime artistic achievements, will be held on Sunday, Dec. 4, on the Opera House stage at The John F. Kennedy Center for the Performing Arts in Washington, D.C. The Honors Gala will be recorded for broadcast on CBS at a later date as a two-hour prime-time special and will be available to stream live and on demand on Paramount+. 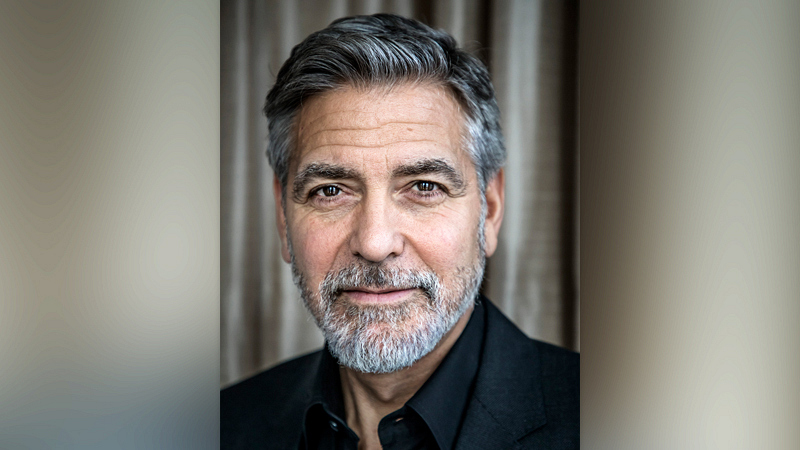 Films from his production company with Grant Heslov, Smokehouse Pictures, include Warner Bros’ Academy Award®-winning drama Argo, Good Night, and Good Luck, The Midnight Sky, The Ides of March, Boys in the Boat, and Ticket to Paradise.

He has also starred in films such as Out of Sight, O Brother, Where Art Thou, Syriana, Michael Clayton, Up in the Air, The Descendants, Gravity, and the Oceans trilogy.

Among the many honors received due to his humanitarian efforts was the 2007 Peace Summit. The award was given at the eighth World Summit of Nobel Peace Prize Laureates and the 2010 Robert F. Kennedy Ripple of Hope Award.

Clooney has produced three telethons: The Tribute to Heroes (post 9/11), Tsunami Aid: A Concert of Hope, and Hope for Haiti Now, the latter of which raised a record 66 million dollars from the public.

In August 2016, George and his wife Amal launched the Clooney Foundation for Justice. 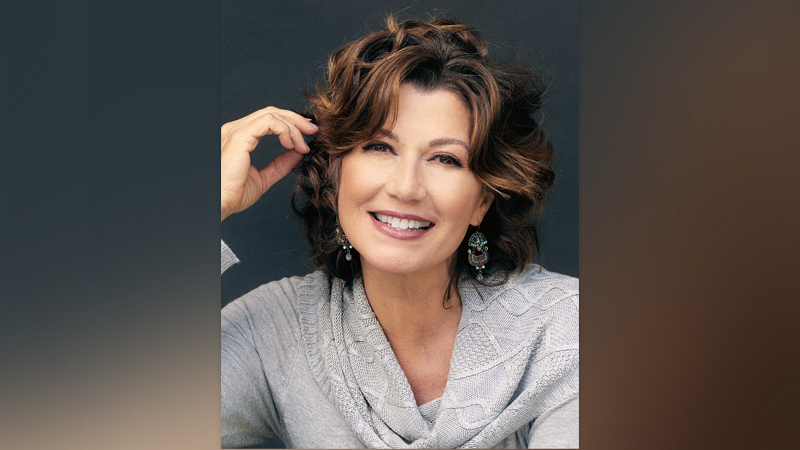 Amy Grant’s career spans more than 40 years and stretches from her roots in gospel into becoming an iconic pop star, songwriter, television personality, and philanthropist. With three multi-platinum albums, six platinum albums, and four gold albums, her total career album sales have exceeded 30 million and over 1 billion global streams. Grant’s chart success has been consistent throughout her career, with six No. One hits 10 Top 40 pop singles, 17 Top 40 Adult Contemporary tracks, and multiple Contemporary Christian chart-toppers. In addition to her six GrammyAwards®, Grant has earned 26 Dove Awards (including four Artist of the Year Awards) and has been awarded a star on the Hollywood Walk of Fame as well as the Music City Walk of Fame and the Nashville Songwriter’s Hall of Fame. Conventional wisdom has it that Grant put Contemporary Christian Music on the map, becoming the first Contemporary Christian artist to have a platinum record, the first to hit No. One on the Pop charts and the first to perform at the GrammyAwards®. With that, her legacy as one of the most influential artists of the past four decades is assured.

Grant’s philanthropic work dates to the beginning of her career, having come from a long line of philanthropists in her family. Her work with St. Jude Children’s Hospital, The Red Cross, Compassion International, Second Harvest Food Bank, MusiCares, The Nashville Symphony, and Nashville Rescue Mission, to name a few, has been a passion for decades. Grant says, “My heroes are people that help other people,” and she has devoted her life to living that example. Over the last decade, through her Helping Hands Foundation, Grant has opened her farm to various organizations, including Barefoot Republic, Citygate Network, Music Therapy For Veterans, and several others, as an oasis for hope and healing. In February 2020, The T.J. Martell Foundation, the music industry’s leading nonprofit to fund innovative medical research focused on treatments and cures for cancer, honored Grant with the Tony Martell Outstanding Entertainment Achievement Award at their 2020 Honors Gala.

Grant lives in Nashville, Tennessee, with her husband Vince Gill and their large extended family. 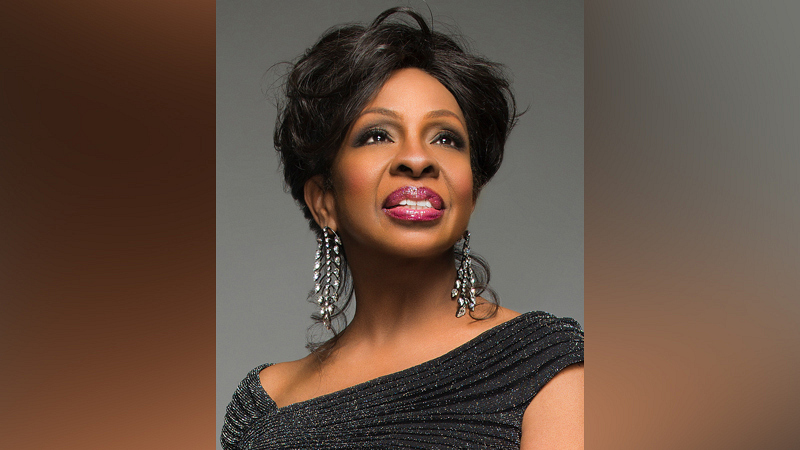 The great ones endure, and Gladys Knight has long been one of a very few at her vocal level—truly an icon in the music industry. Unmatched in her artistry, she is a seven-time Grammy Award® winner with No. one hits in Pop, R&B, and Adult Contemporary, and she has also triumphed in film and television.

Georgia-born Knight began performing gospel music at age four and sang as a guest soloist in the choir. Four years later, she won the grand prize on television’s Ted Mack’s Amateur Hour. The following year, she and her brother Bubba, sister Brenda, and two cousins formed The Pips. In 1962, the classic group was renamed Gladys Knight & The Pips. The group’s first album debuted in 1960 with Knight, at just 16, singing lead. The group achieved musical icon status with the Pips singing lush harmonies and providing graceful choreography. Hits like “I Heard It Through the Grapevine” and “If I Were Your Woman” along with Top 10 singles like“Neither One of Us (Wants to be the First to Say Goodbye),” “Best Thing to Ever Happen to Me,” and the #one smash hit “Midnight Train to Georgia” established the group as the premiere pop/R&B vocal ensemble in the world. Knight enjoyed another #one hit in 1985, teaming with Stevie Wonder, Elton John, and Dionne Warwick on “That’s What Friends Are For.”

Gladys Knight has recorded more than 38 albums in her storied career. She has earned a star on the Hollywood Walk of Fame, been inducted into the Rock ‘N’ Roll Hall of Fame, and received Lifetime Achievement Awards from the Rhythm & Blues Hall of Fame and the BET Awards, along with a Legend Award from the Soul Train Awards.

She is a mother, grandmother, and great-grandmother as well as a performer and businesswoman with a spiritual outlook on life, keeping her young at heart and admired by millions. 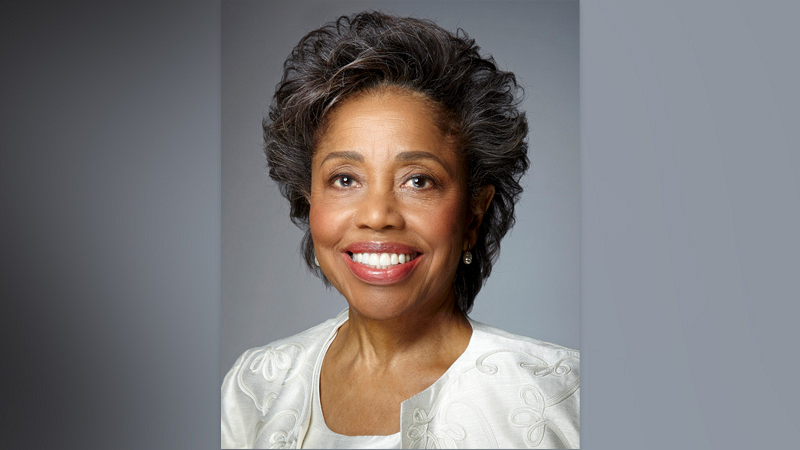 Born in Havana, Cuba, Tania León is highly regarded as a composer, conductor, educator, and advisor to arts organizations. Her orchestral work Stride, commissioned by the New York Philharmonic, was awarded the 2021 Pulitzer Prize in Music.

A founding member of the Dance Theatre of Harlem, León instituted the Brooklyn Philharmonic Community Concert Series, co-founded the American Composers Orchestra’s Sonidos de las Américas Festivals, was New Music Advisor to the New York Philharmonic, and is the founder/Artistic Director of Composers Now, a presenting, commissioning and advocacy organization for living composers.

Honors include the New York Governor’s Lifetime Achievement, inductions into the American Academy of Arts and Letters and the American Academy of Arts and Sciences, and fellowship awards from ASCAP Victor Herbert Award and Koussevitzky Music and Guggenheim Foundations, among others. She also received a proclamation for Composers Now by New York City Mayor and the MadWoman Festival Award in Music (Spain). León has received Honorary Doctorate Degrees from Colgate University, Oberlin, SUNY Purchase College, and The Curtis Institute of Music, and served as U.S. Artistic Ambassador of American Culture in Madrid, Spain. A CUNY Professor Emerita, she was awarded a 2018 United States Artists Fellowship and Chamber Music America’s 2022 National Service Award. 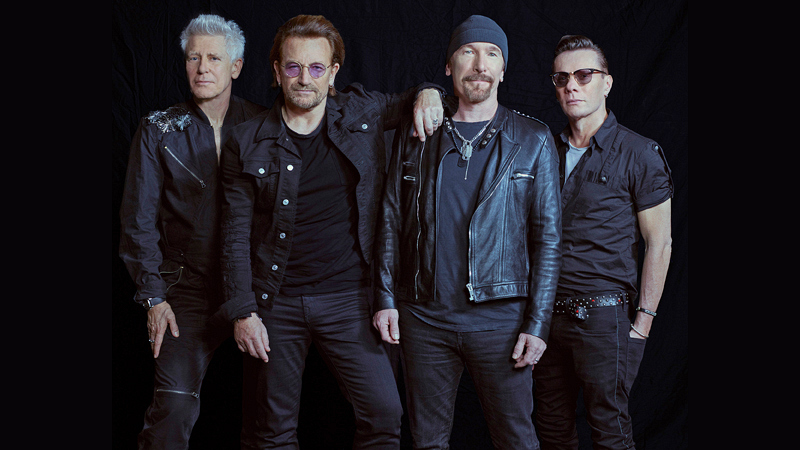 Bono, The Edge, Adam Clayton, and Larry Mullen Jr. met as teenagers at Dublin’s Mount Temple School, and in 1976, U2 was formed. From the beginning, U2 were marked out by their drive and ambition, forming as a band—as they’ve said—“before they could play.”

Forty years later, U2 is acknowledged as one of the best live acts in the world. The band has toured the globe countless times, released 14 studio albums, sold 170 million albums, and won numerous awards, including 22 Grammys® and Amnesty International’s Ambassador of Conscience award. U2 were inducted into the Rock and Roll Hall of Fame in 2005 and have twice been nominated for an Academy Award for
Best Original Song: in 2003 for “The Hands That Built America” for Gangs of New York, and in 2014 for “Ordinary Love” for Mandela: Long Walk to Freedom.

U2’s 14th studio album, Songs Of Experience –the companion release to 2014’s Songs Of Innocence –was released in December 2017 and includes tracks “Get Out Of Your Own Way” and “You’re The Best Thing About Me.” The album debuted at #One on the Billboard 200, setting U2 apart as the only band in history to have topped the chart in four successive decades.

In 2018, U2 hit the road with the eXPERIENCE + iNNOCENCE Tour, an arena production that saw the band continue to push the creative boundaries of technology and engineering. And following 2017’s acclaimed stadium run with The Joshua Tree Tour, the record-breaking smash hit tour celebrating the band’s seminal 1987 album The Joshua Tree, 2019 saw The Joshua Tree Tour visit New Zealand, Australia,
and Japan, as well as bring “the biggest band in the world” (The Guardian) to Singapore, Seoul, Manila, and Mumbai for the very first time. In November 2019, the band released a track in collaboration with A.R. Rahman titled “Ahisma,” performed live at Mumbai’sD.Y. Patil Stadium. In 2020, SiriusXM and U2 announced the launch of U2 X-Radio, a complete immersion into the work and influences of the band
from the Northside of Dublin, all curated by U2.

In 2021, U2 released a series of four live shows with enhanced visuals and remastered audio, broadcast for the first time on the band’s YouTube channel. The event called U2: TheVirtual Road included all new and exclusive opening act performances from Dermot Kennedy, Fontaines D.C., Carla Morrison, and Feu! Chatterton. Last year also saw the release of new music with a new original song titled “Your Song Saved My Life” for Sing 2, in which Bono also made his animated film debut, playing lion and reclusive rock legend Clay Calloway. And in May 2021, Bono and The Edge collaborated with Dutch DJ Martin Garrix to create the track “We Are The People,” the official anthem for the UEFA 2020 European Football Tournament.

Stay tuned for more information about The Kennedy Center Honors on CBS.com.