Let's get inside the heads of James and his production staff.
Before each show, James Corden throws himself into every detail of the writing. He even goes method when need be. The following photos are not of James's new haircut. He wore a red wig leading up to his chat with Damian Lewis and Ruth Wilson to properly get into the ginger headspace. 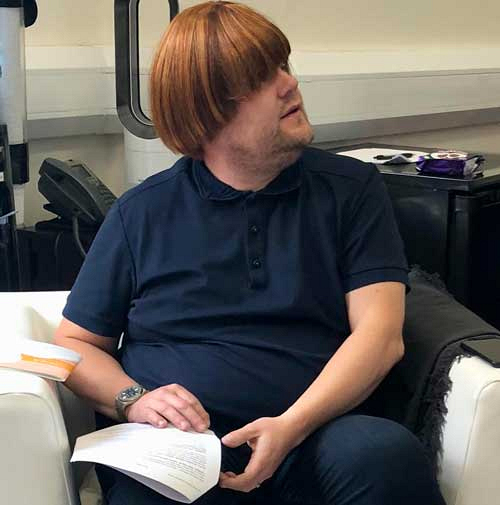 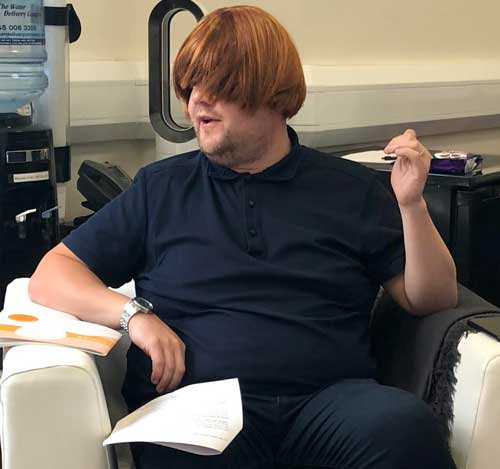 Thanks to segment producer Kate Schellenbach for grabbing the above photos.

The next photo shows what it's like during a grueling meeting to go over notes on the monologue. Sean O'Connor (in the middle, with the Bruno Mars T-shirt) claims he's not crying, but look again. He's certainly crying on the inside. 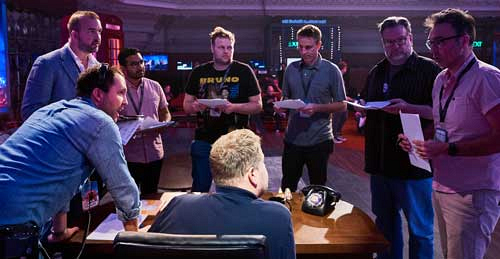 Nate Fernald, writer of the hiking sketch with Chris Pratt, gave James creative notes while on location via a small whiteboard. The photo below displays his most important revelation while on set. 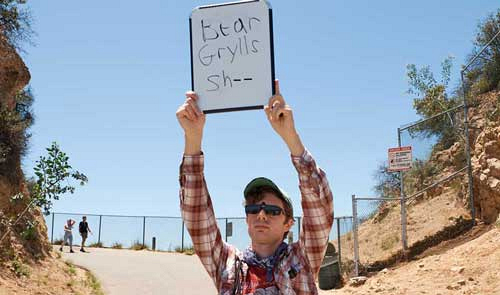