​James Corden is excited to announce Alicia Week, packed with performances from her new album.
Alicia Keys is bringing her iconic voice and fiery performances to The Late Late Show, and lucky fans will get to enjoy her talents for an entire week as she does an in-person residency from Sep. 21 through 24.

Host James Corden announced the news and revealed that Keys will be giving a series of live, open-air performances dubbed the "Television City Outdoor Shows." She'll perform one song each night from her highly anticipated new album ALICIA to a pre-invited audience, watching from their socially distanced cars. Keys will also appear in-studio for segments on the show throughout the week.

A fifteen-time GRAMMY Award-winning artist, songwriter, and producer, Keys is also a part of the Late Late family. Among her past appearances on the show, she filled in for Corden as a guest host on Dec. 9, 2019, which featured a hilarious monologue, a witty recap of 2019 from her unique host desk-piano, and a beautiful duet with Billie Eilish. 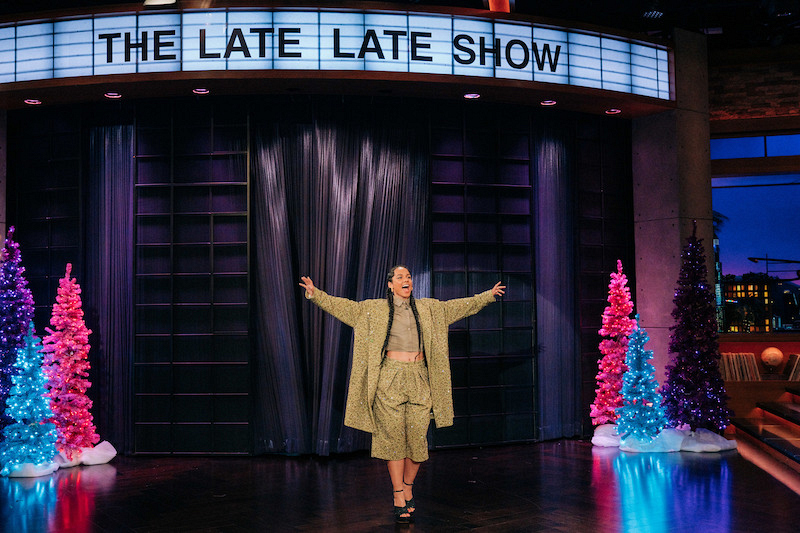 We can expect at least one more duet in the coming week, as R&B sensation Khalid will appear on The Late Late Show to perform "So Done," which he collaborated on with Keys. The track is from her just-released seventh studio album, ALICIA, which also includes her new single, "Love Looks Better," and previously released hit singles "Underdog" and "Show Me Love" (featuring Miguel).

Due to COVID protocols, the performances at the Television City studio complex in Los Angeles (where The Late Late Show is filmed) will be limited to an intimate pre-invited audience and additional admittance cannot be accommodated.

Watch The Late Late Show with James Corden weeknights at 12:37am/11:37pm c on CBS and CBS All Access.