Ben Schwartz and Joe Keery at Late Late Show shot a video sketch and these are the behind-the-scenes photos. 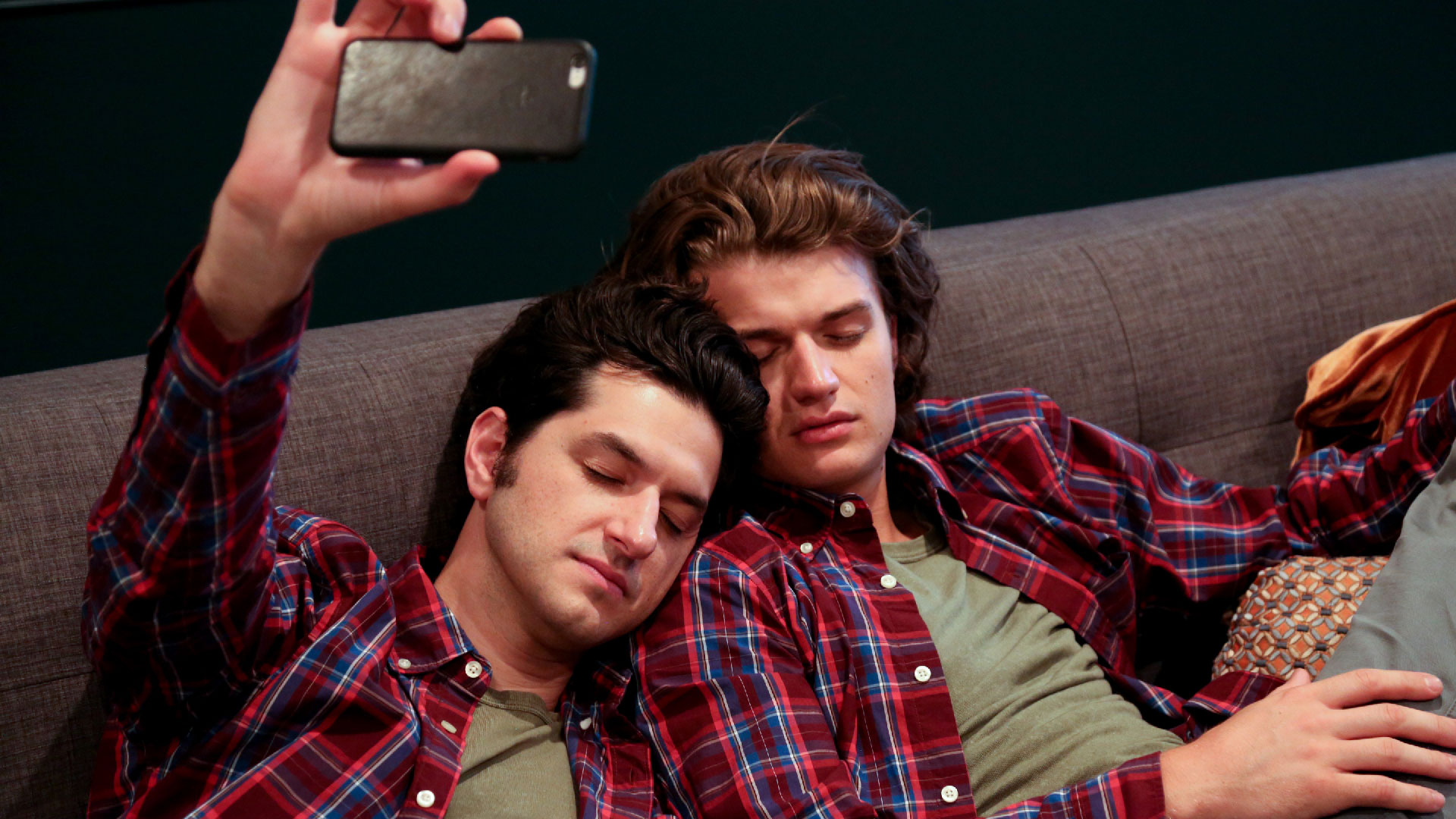 Ben Schwartz and Joe Keery shot a video with The Late Late Show crew last week addressing the fan theory that their characters Jean-Ralphio Saperstein from Parks & Recreation and Steve Harrington from Stranger Things are actually related. It's complicated, but watch the video and you'll understand. The two actors had never met before this shoot, but bonded quickly. They have nearly as much in common as their characters do. Check out the following photos of Ben and Joe becoming new best friends and you'll even catch some visual jokes that didn't make the video's final cut.

All photos by Tyler White 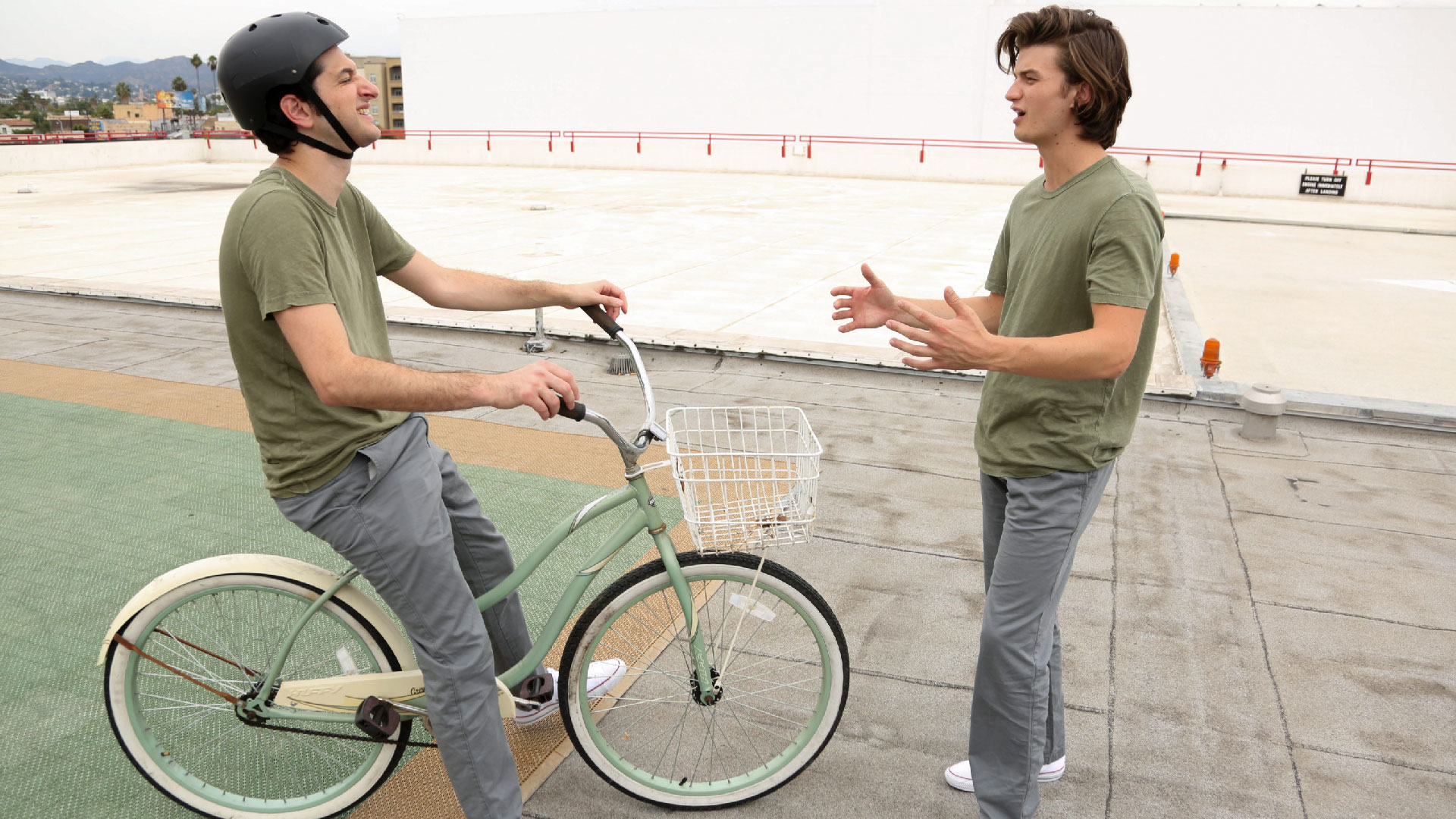 Gearing up for the huge bicycle stunt 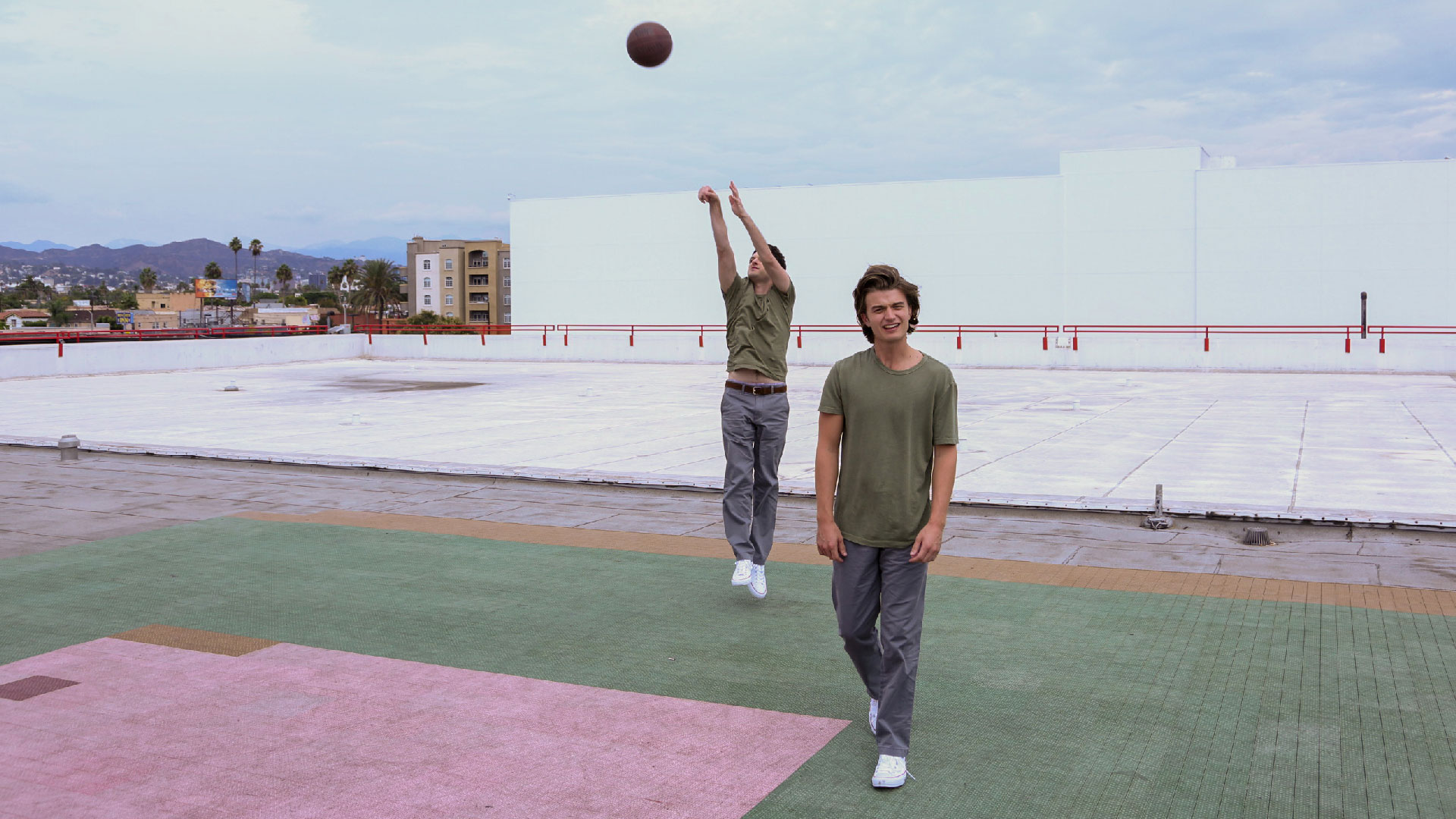 Look at that stroke. 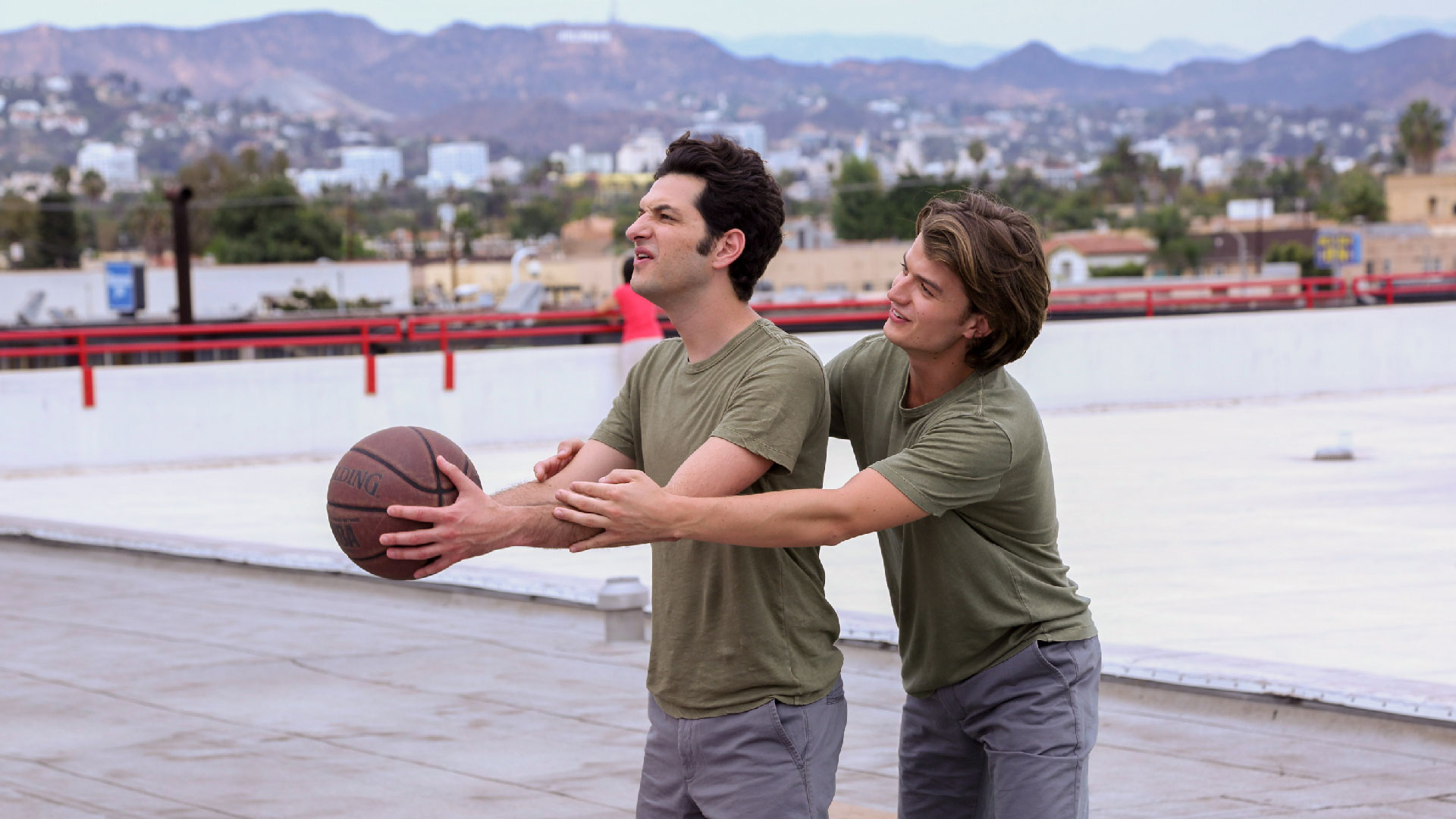 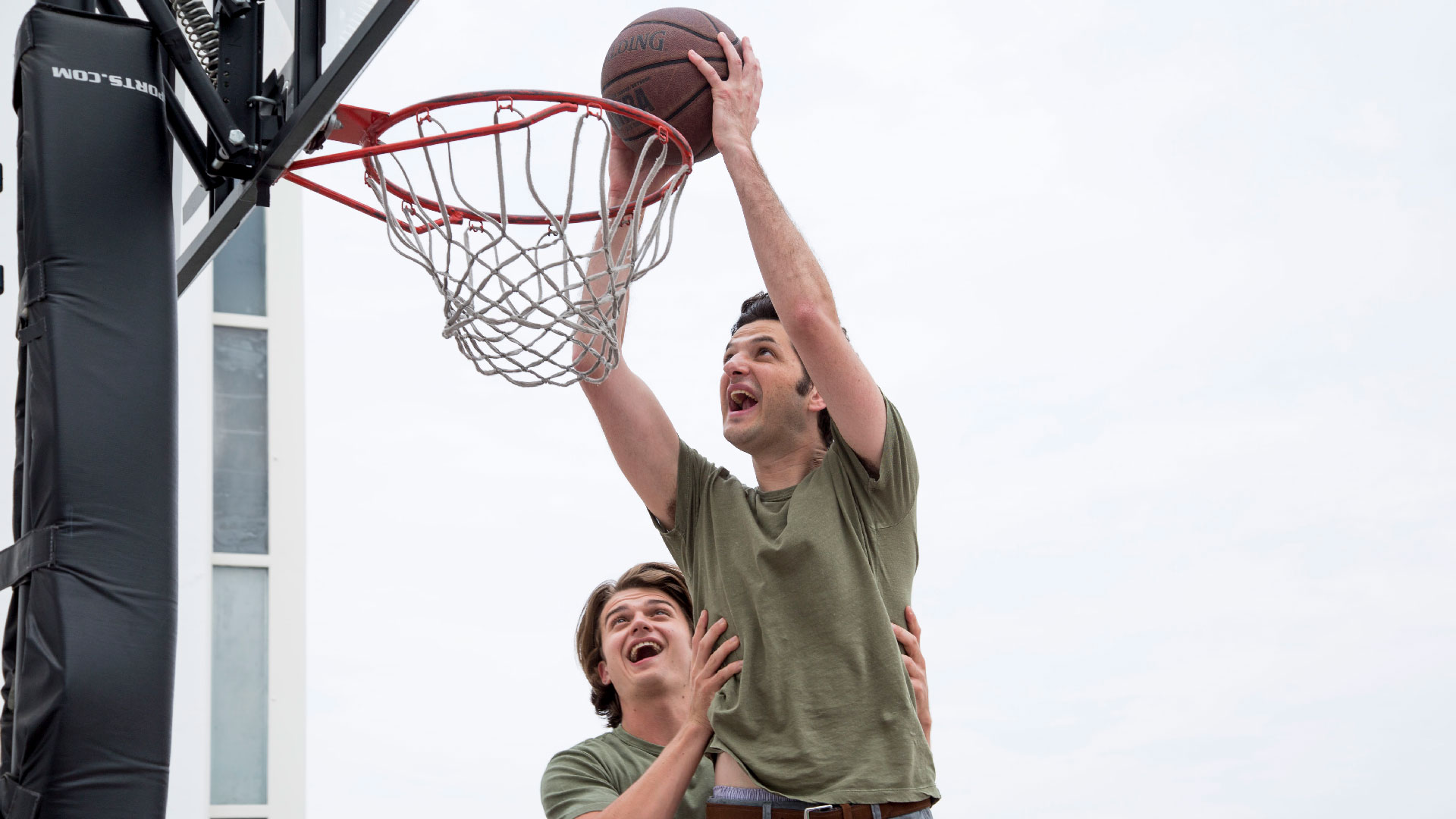 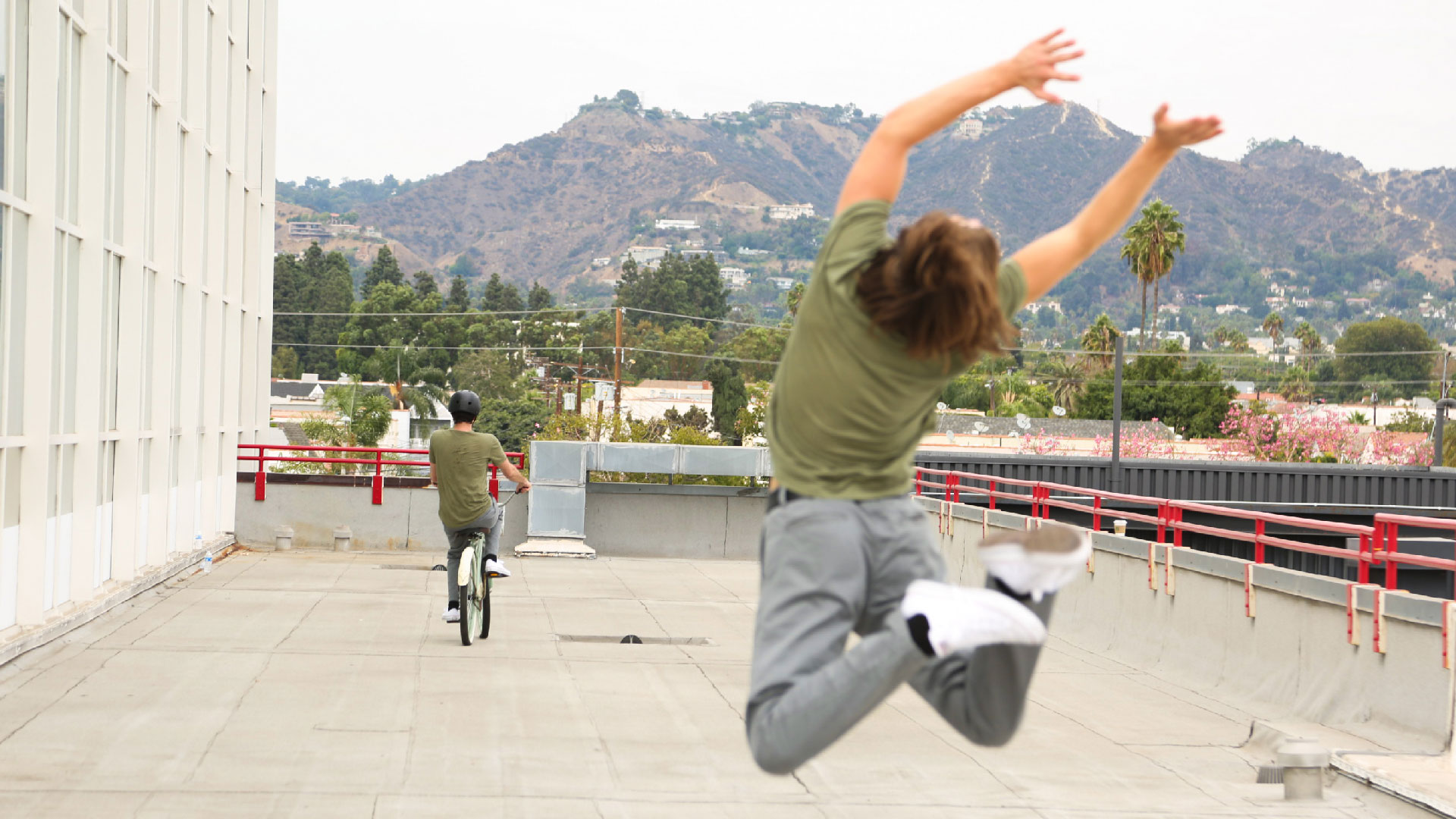 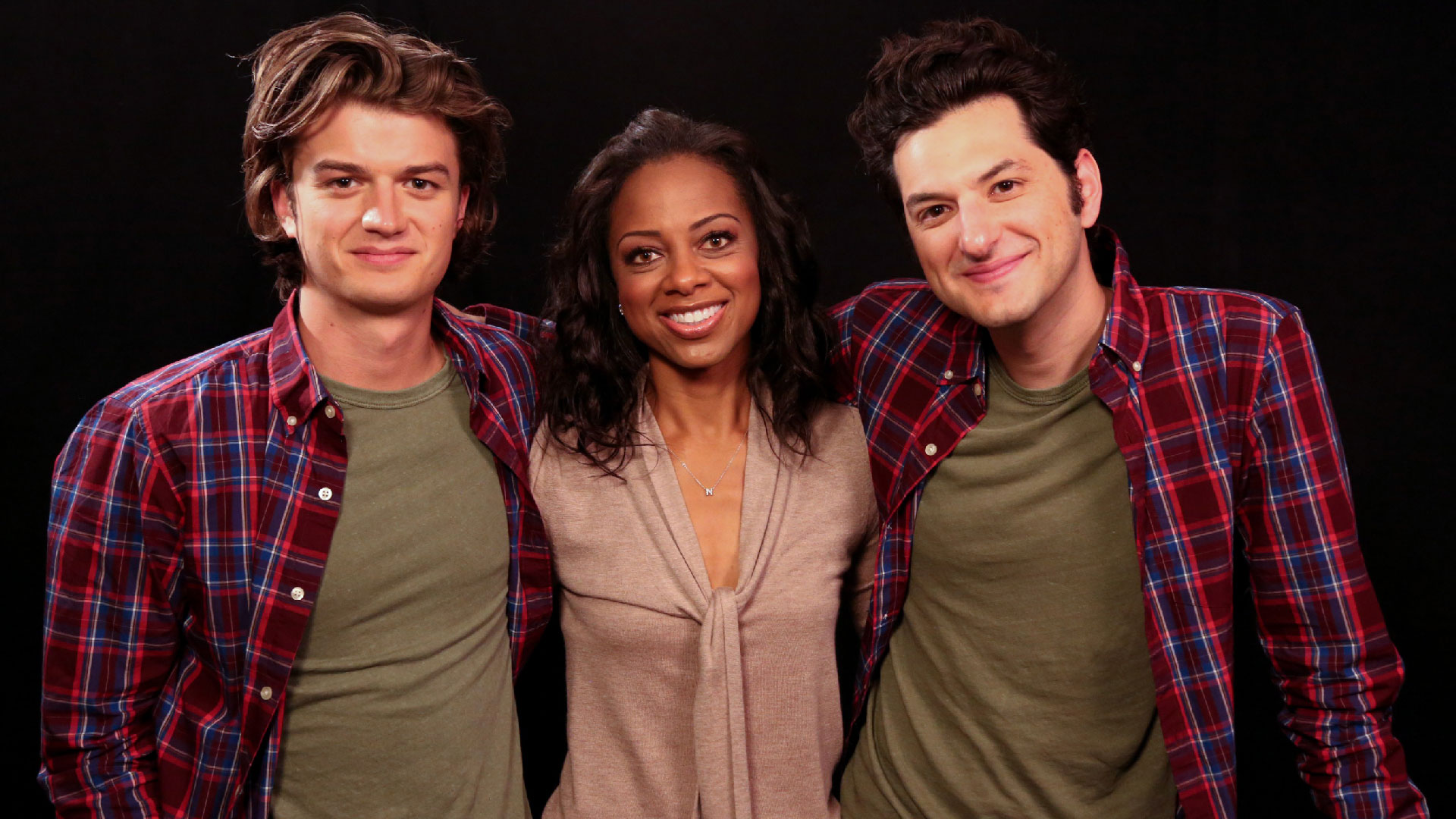 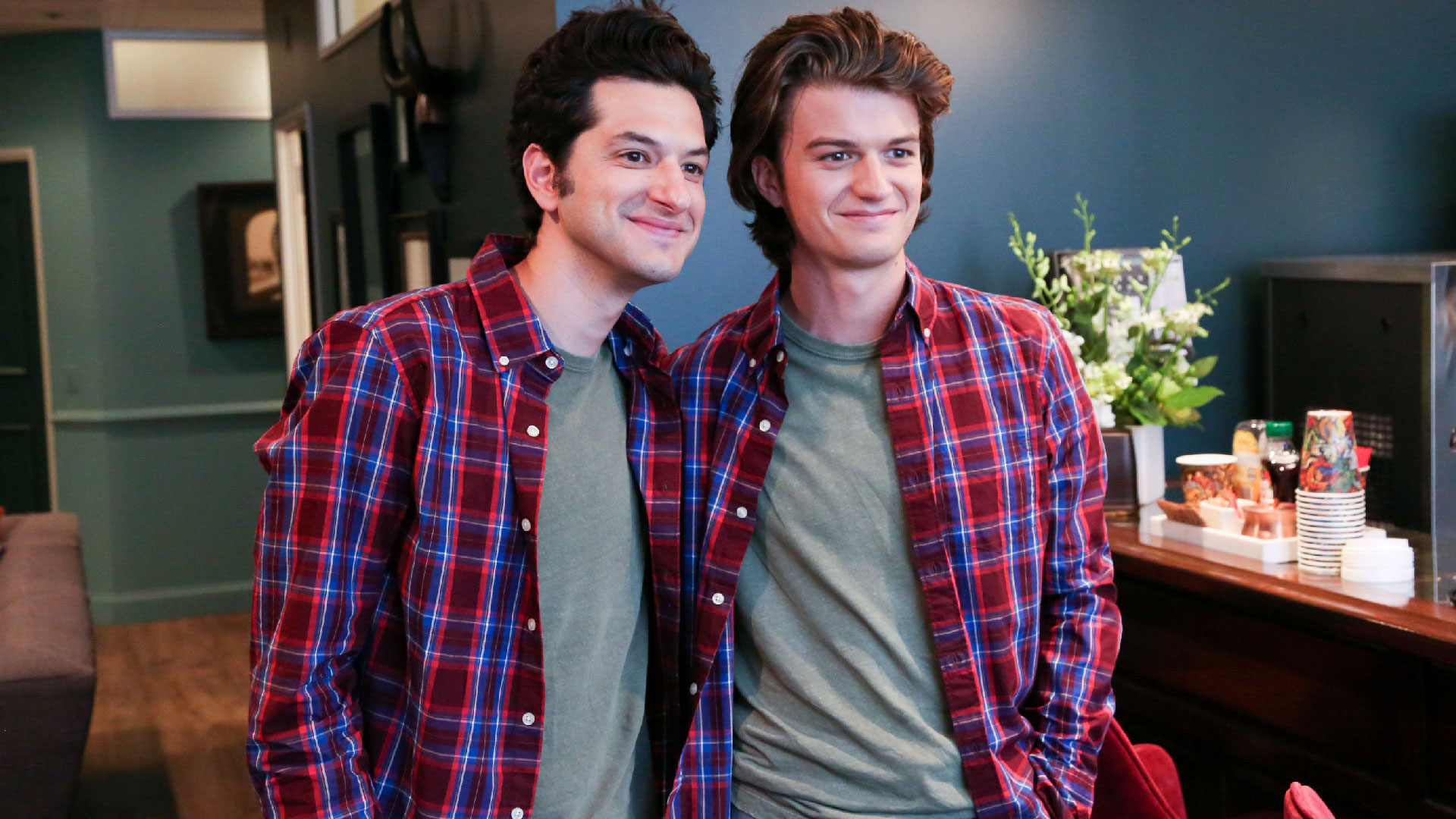 Looking at a bright future together 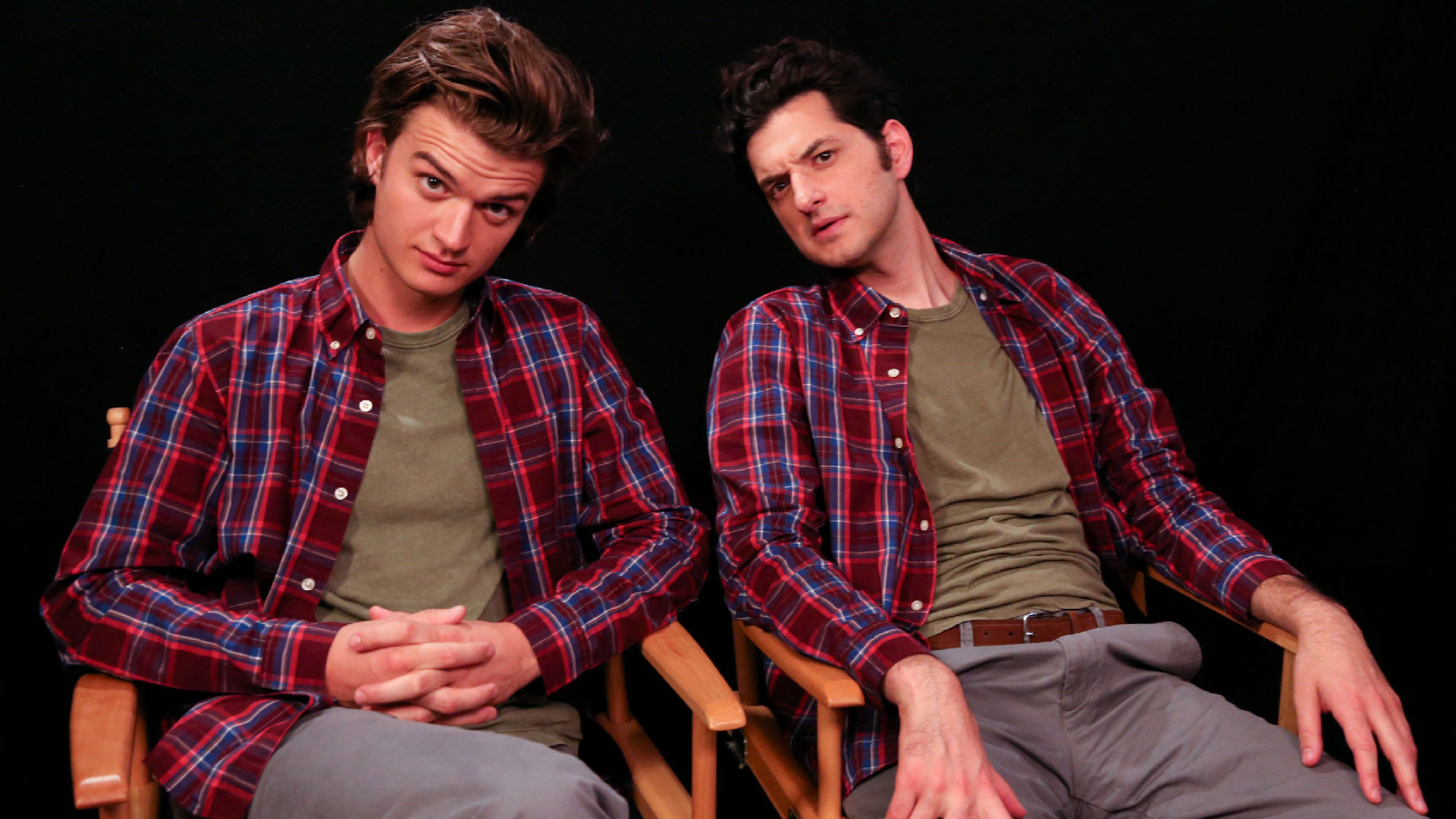 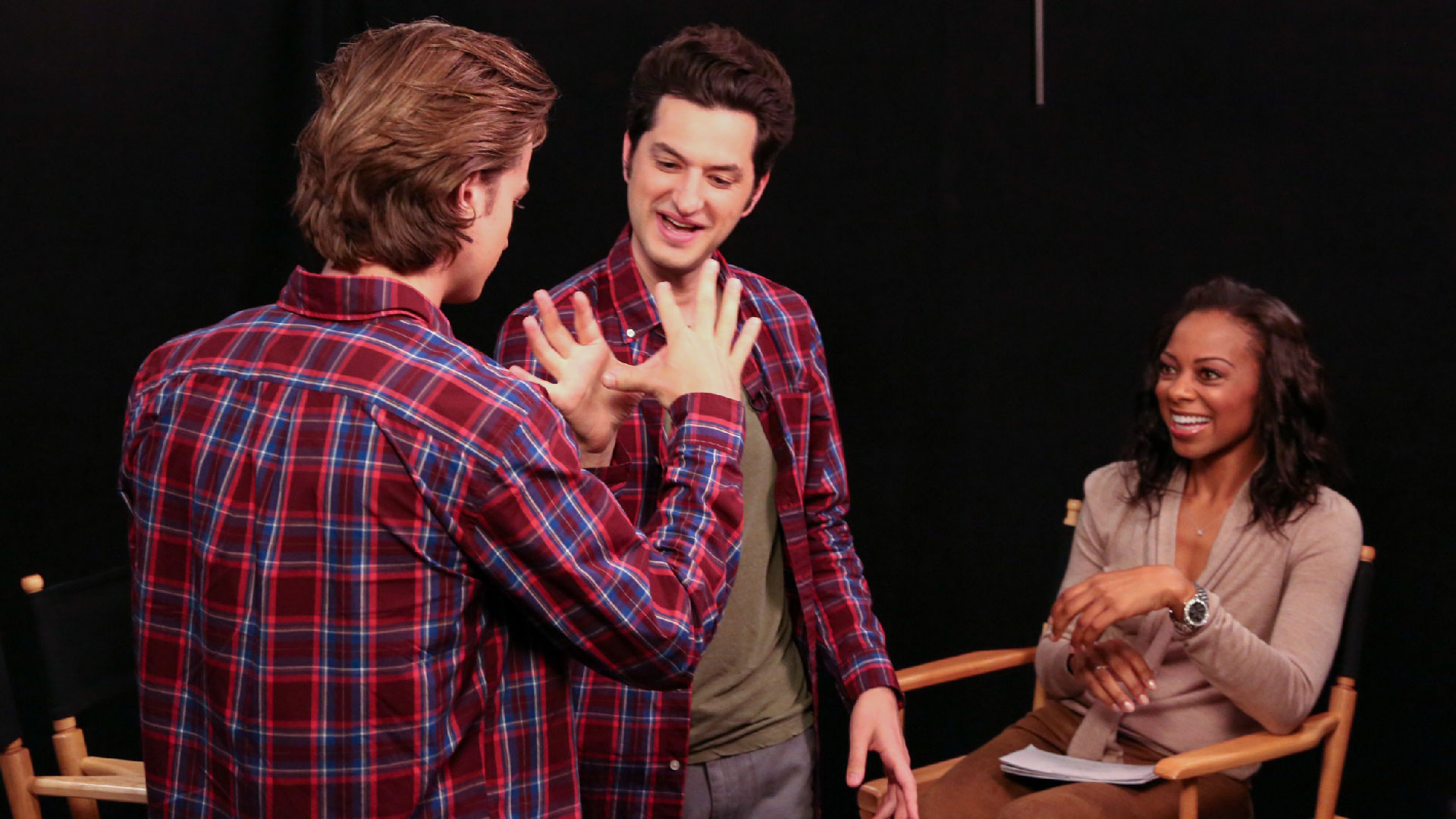 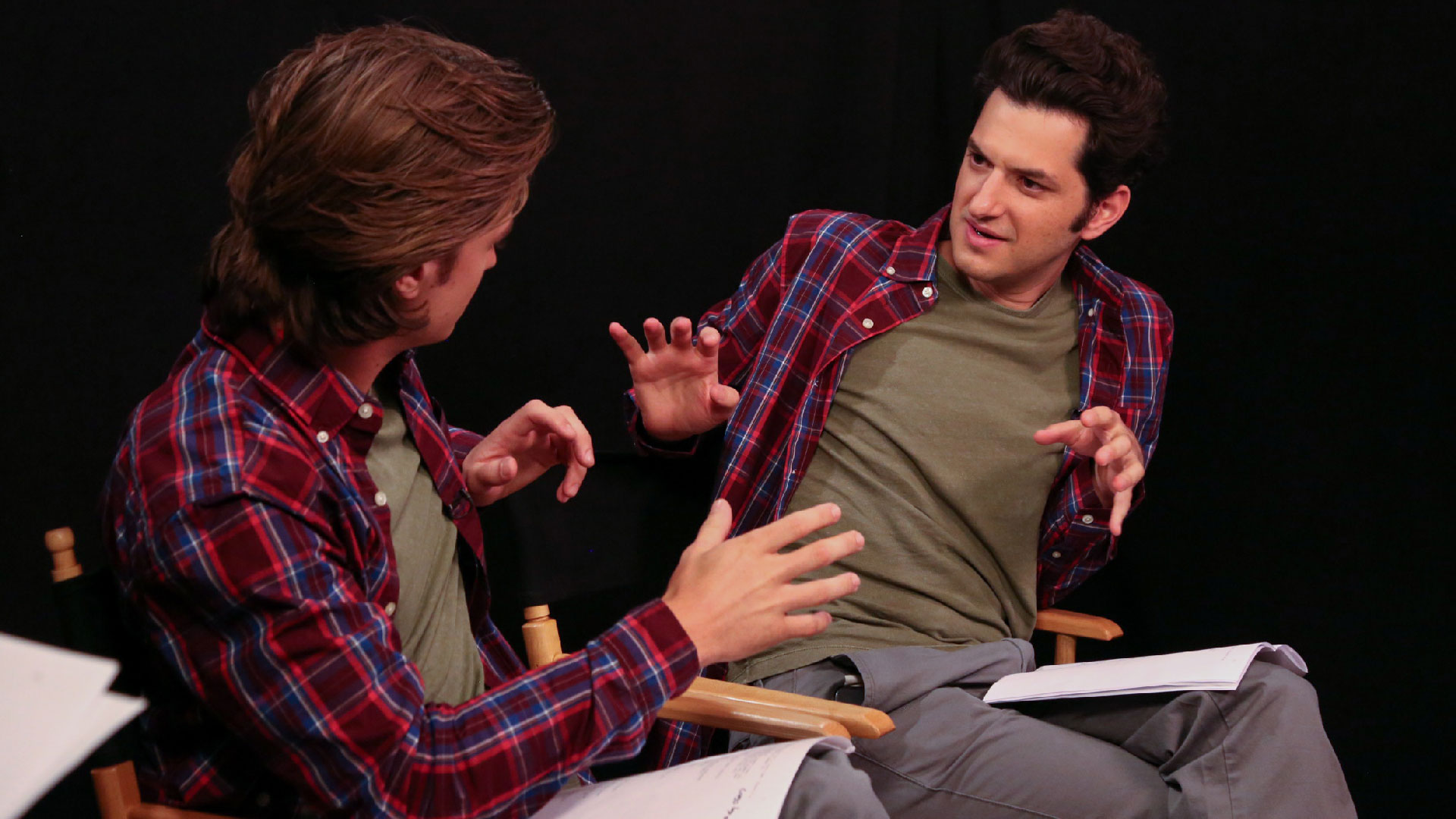 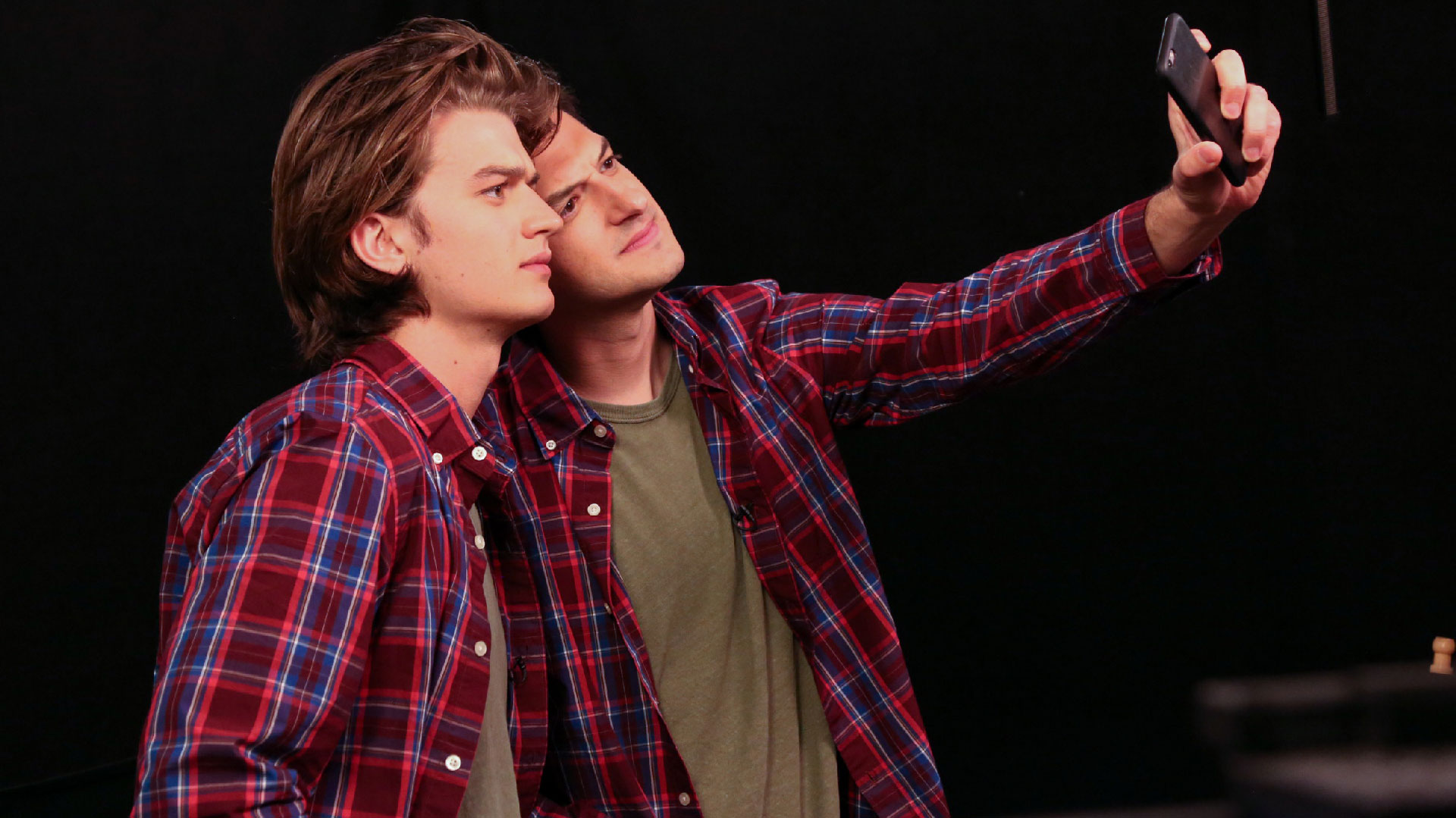 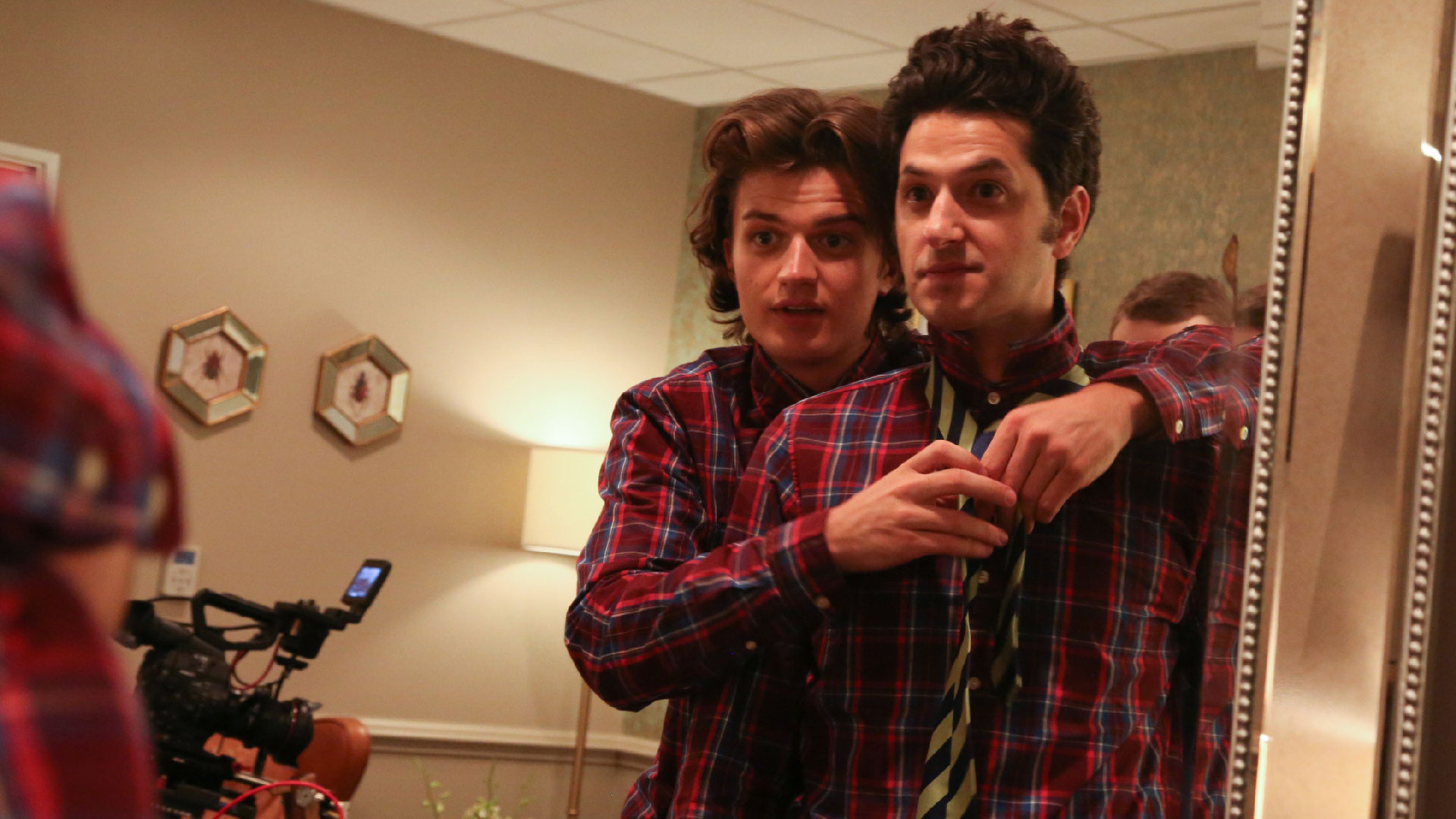 This is the first necktie Ben's ever worn.