17 Photos Of One Direction Having A Blast With James Corden 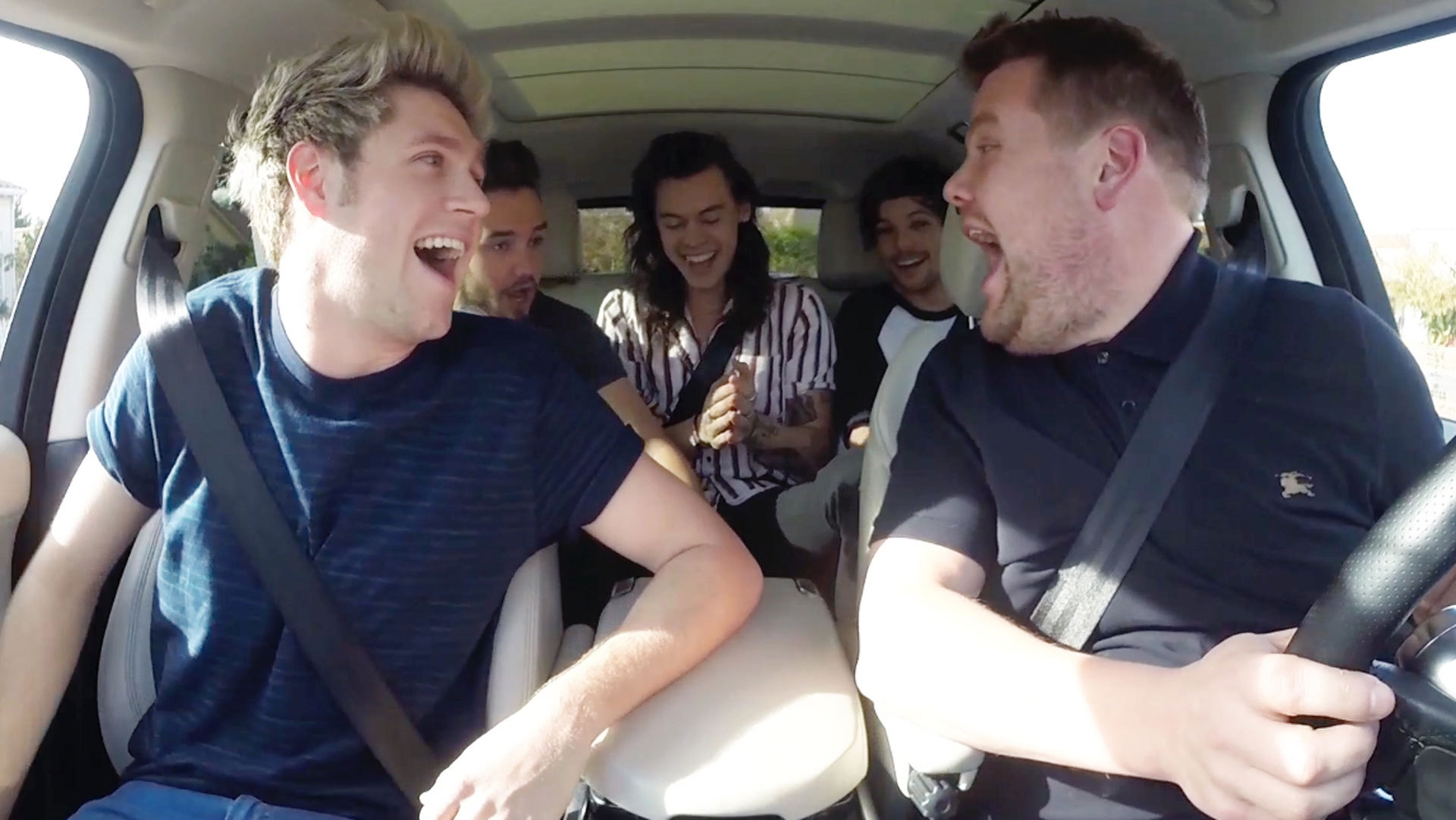 It's time for the One Direction and James Corden photo tribute.

One Direction is the one of the biggest musical acts in the world. James Corden has gone from being nearly unknown in the United States two years ago to being everyone's new favorite talk show host. While it might not seem like a 37-year-old comedian of late night TV would have much in common with four musical hearthrobs in their early 20s, the five guys have been close friends for more than half a decade. Harry Styles, Niall Horan, Liam Payne, and Louis Tomlinson have appeared on The Late Late Show as a group three times, with Niall also appearing recently as a solo act. We've collected 17 of our favorite photos highlighting this awesome five-way bromance on TV and behind the camera. 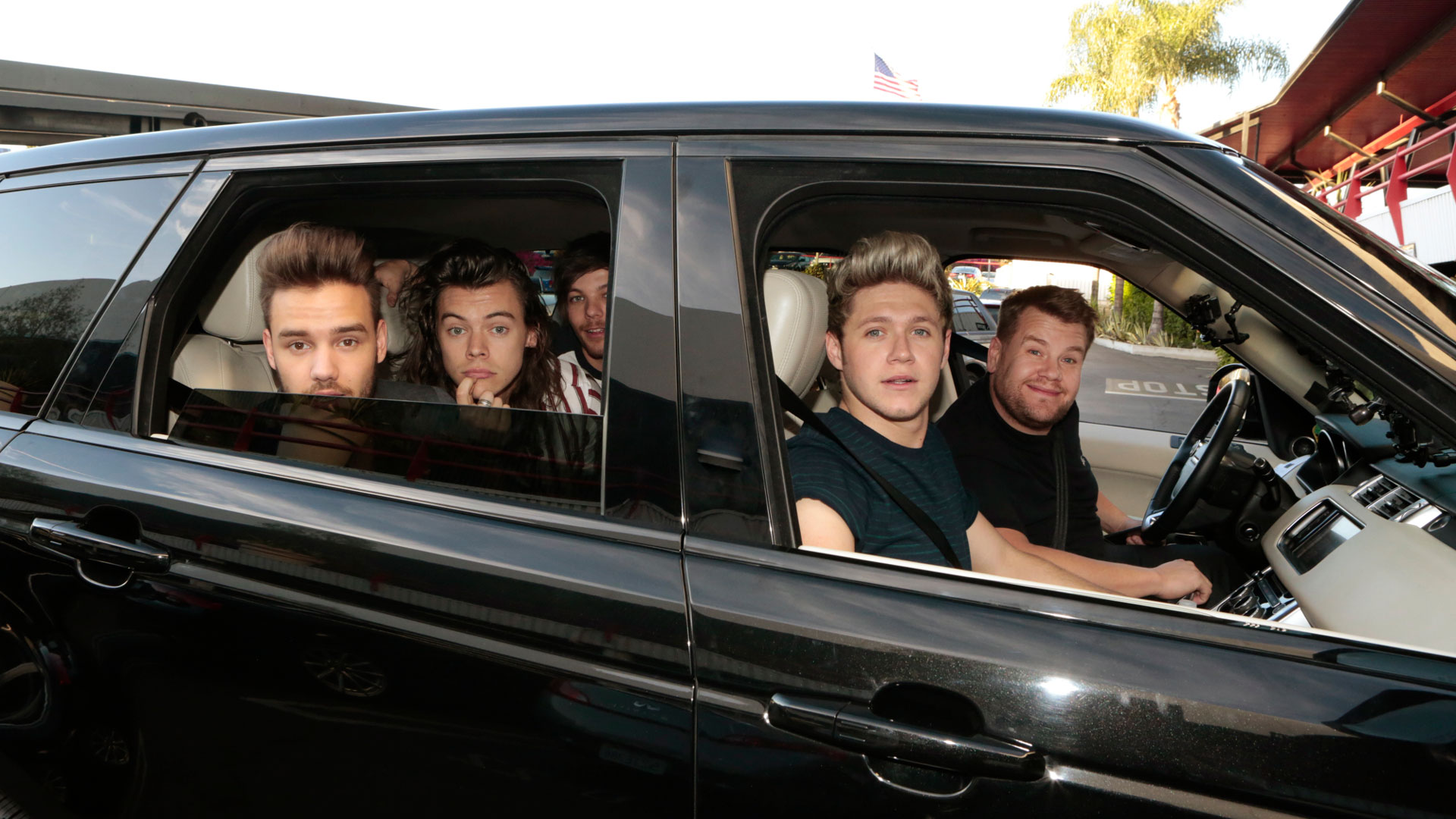 One Direction became the first group to do Carpool Karaoke.

Before One Direction joined James in his SUV, only solo artists had ridden shotgun. The video is now the third most popular Carpool Karaoke video behind Adele and Justin Bieber. 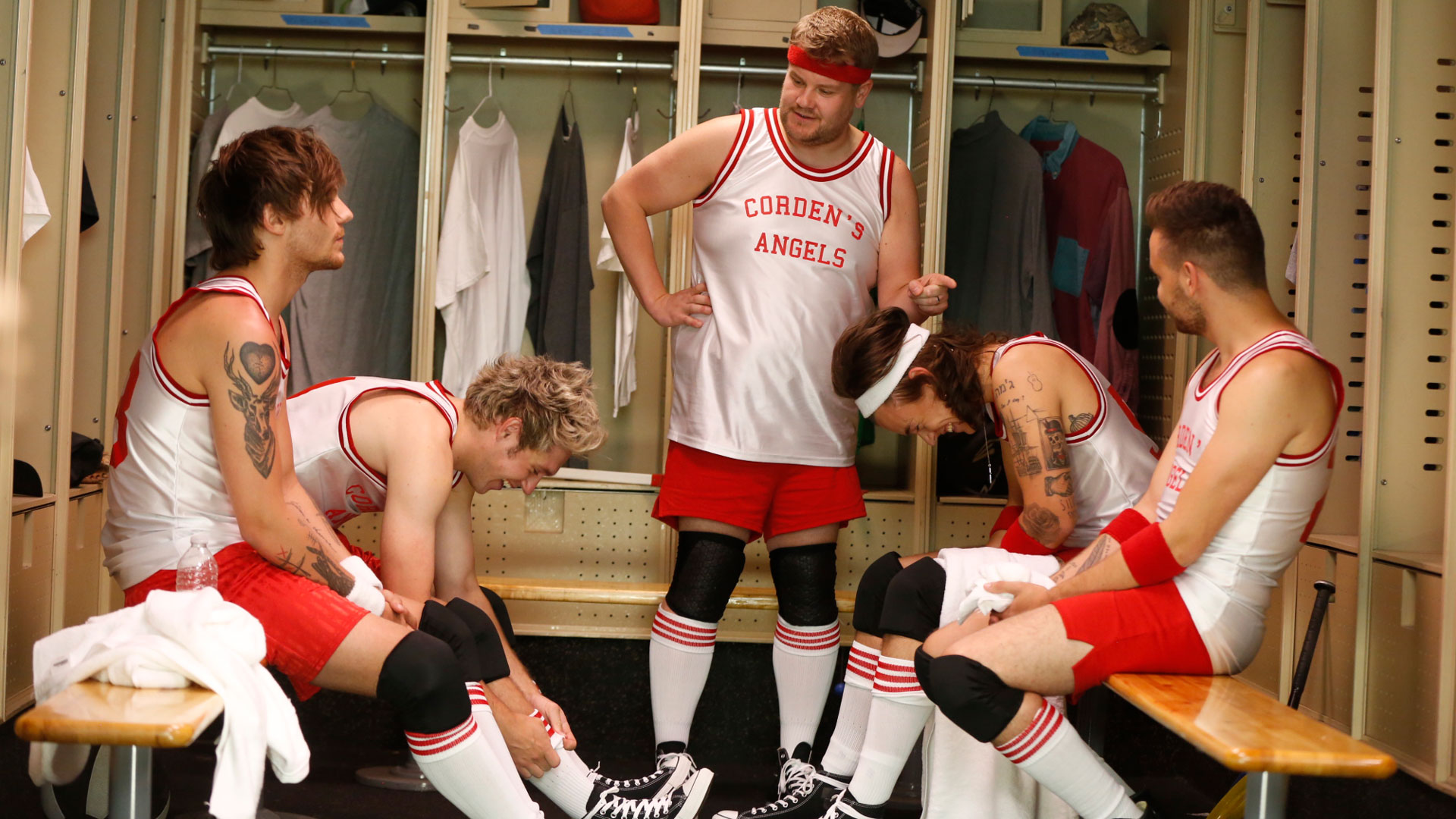 Louis, Niall, Harry, and Liam joined the Corden's Angels dodgeball team for the match of their lives. 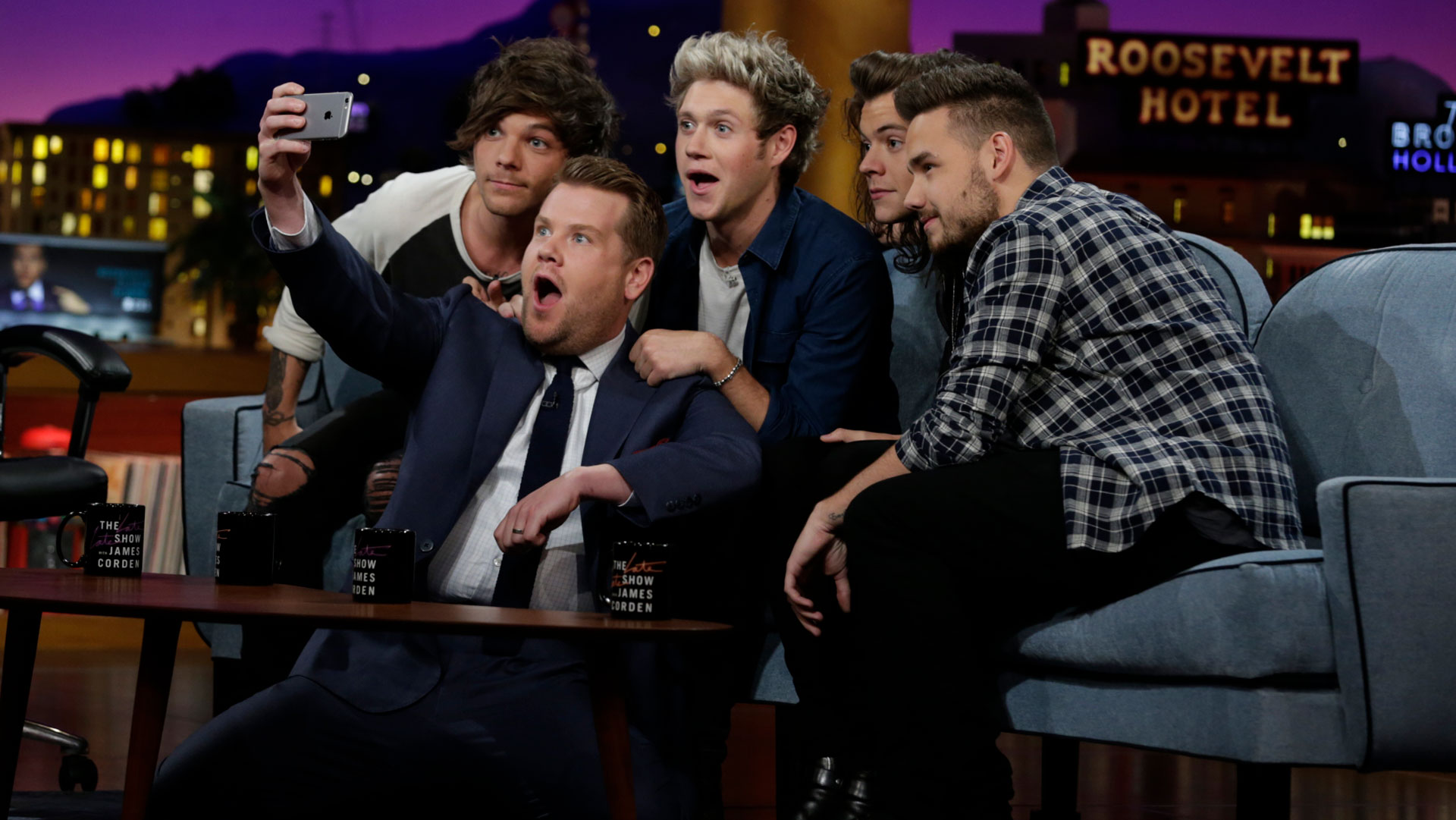 James is a master of the five-man selfie.

During a commercial break in One Direction's first appearance on the show, James made sure to snap a selfie with all four of his mates. 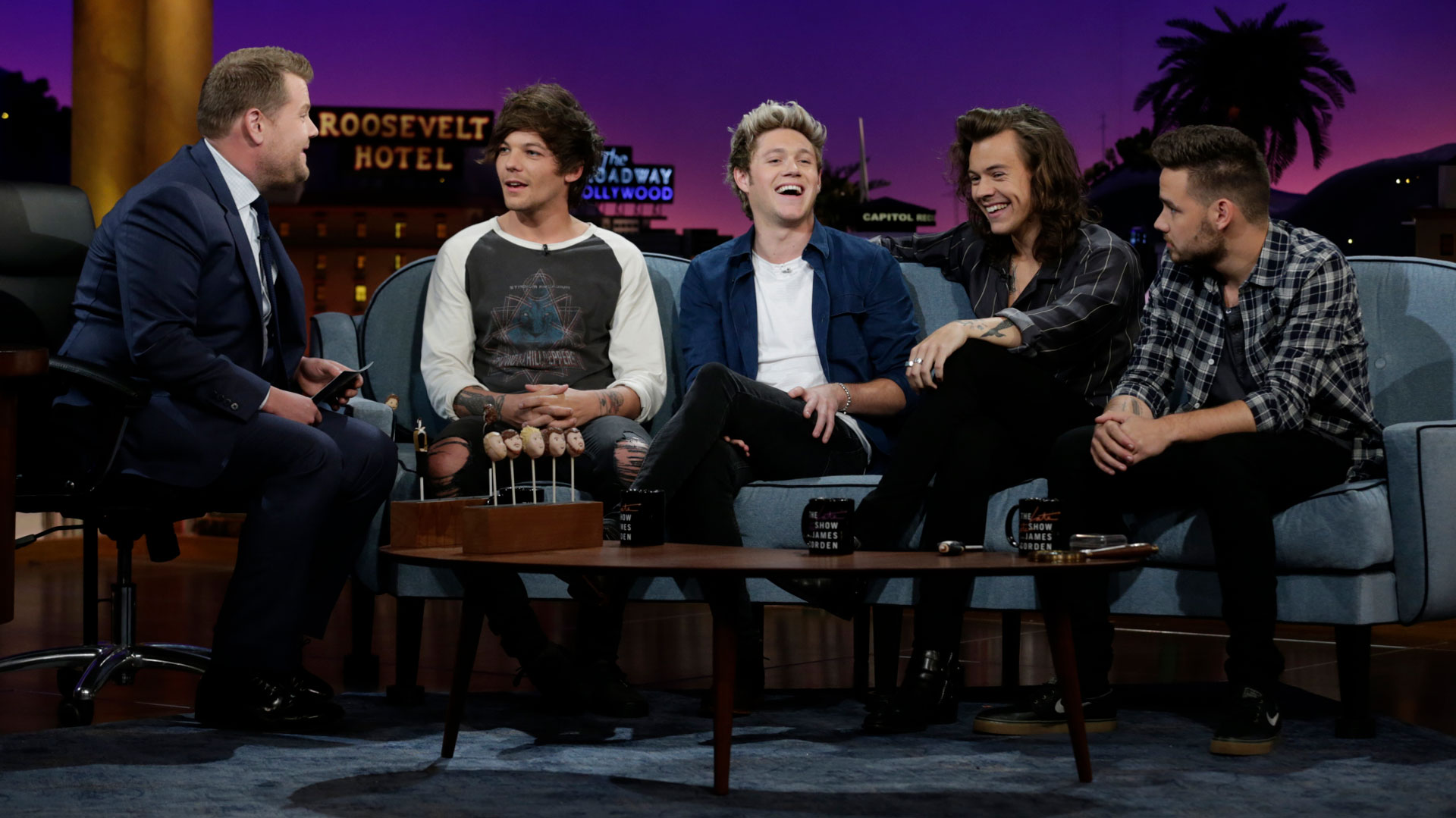 The guys' long friendship was evident in their first show appearance.

They chatted effortlessly about the recent departure of Zayn Malick, their song "No Control," living on the road, and more. 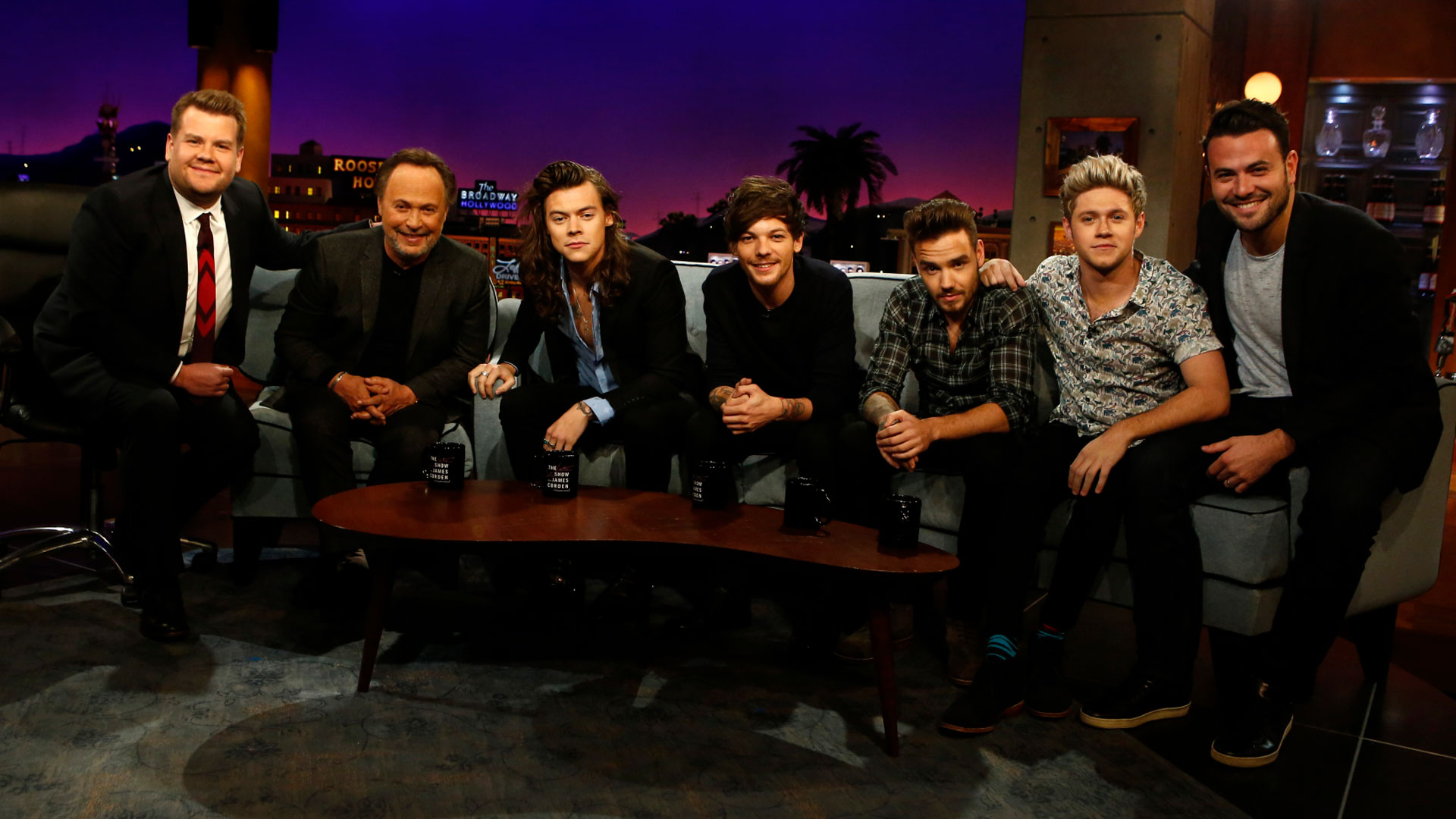 Billy Crystal joined in during the band's second appearance on the show.

The odd guest pairing of Billy Crystal with One Direction actually worked out quite nicely. Also posing in this photo is The Late Late Show's executive producer and close friend of the group, Ben Winston. 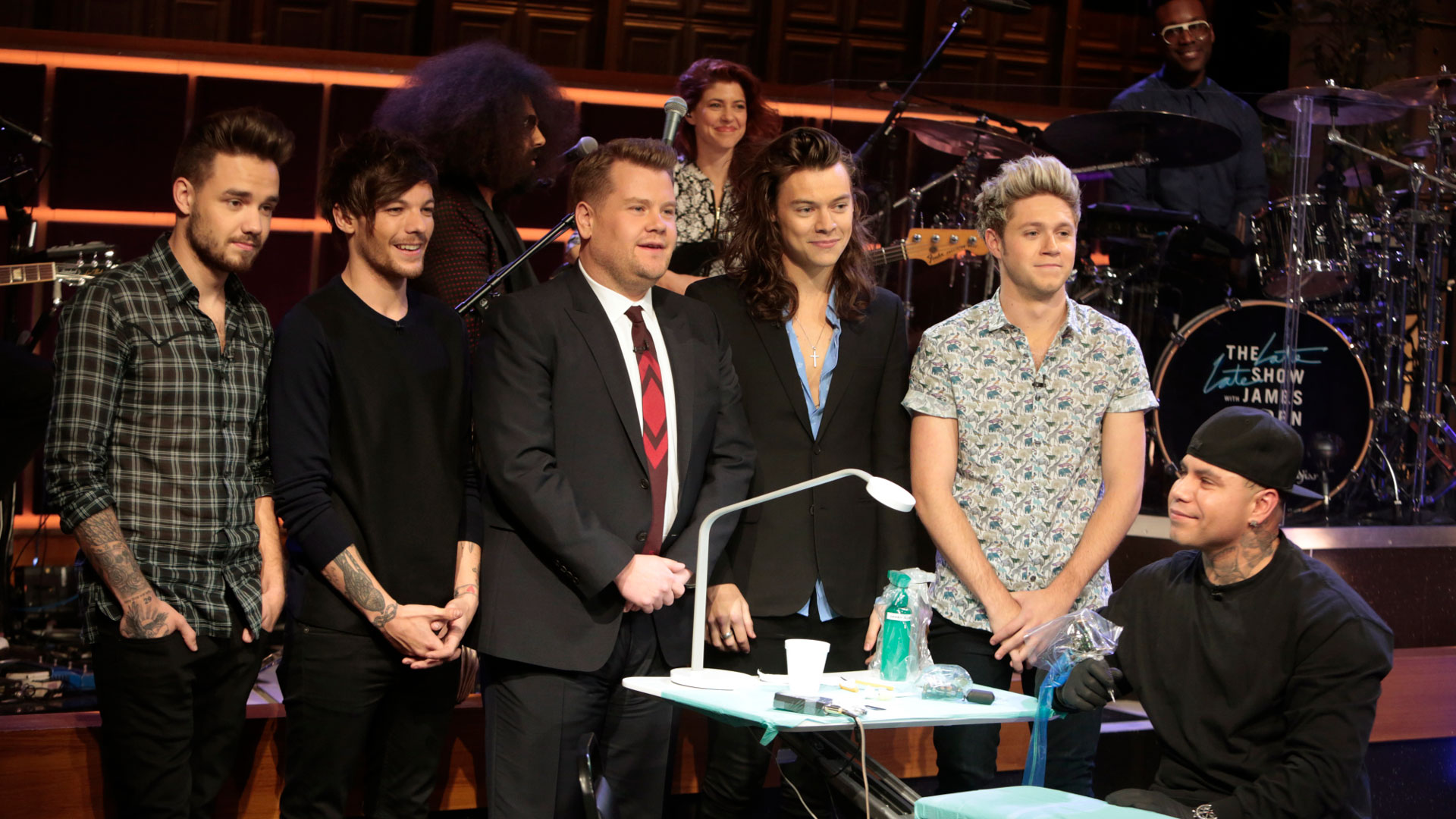 This photo was snapped moments before the payoff of Tattoo Roulette.

Harry Styles lost the inaugural game of Tattoo Roulette. Surprisingly, he doesn't seem too concerned about his approaching fate. 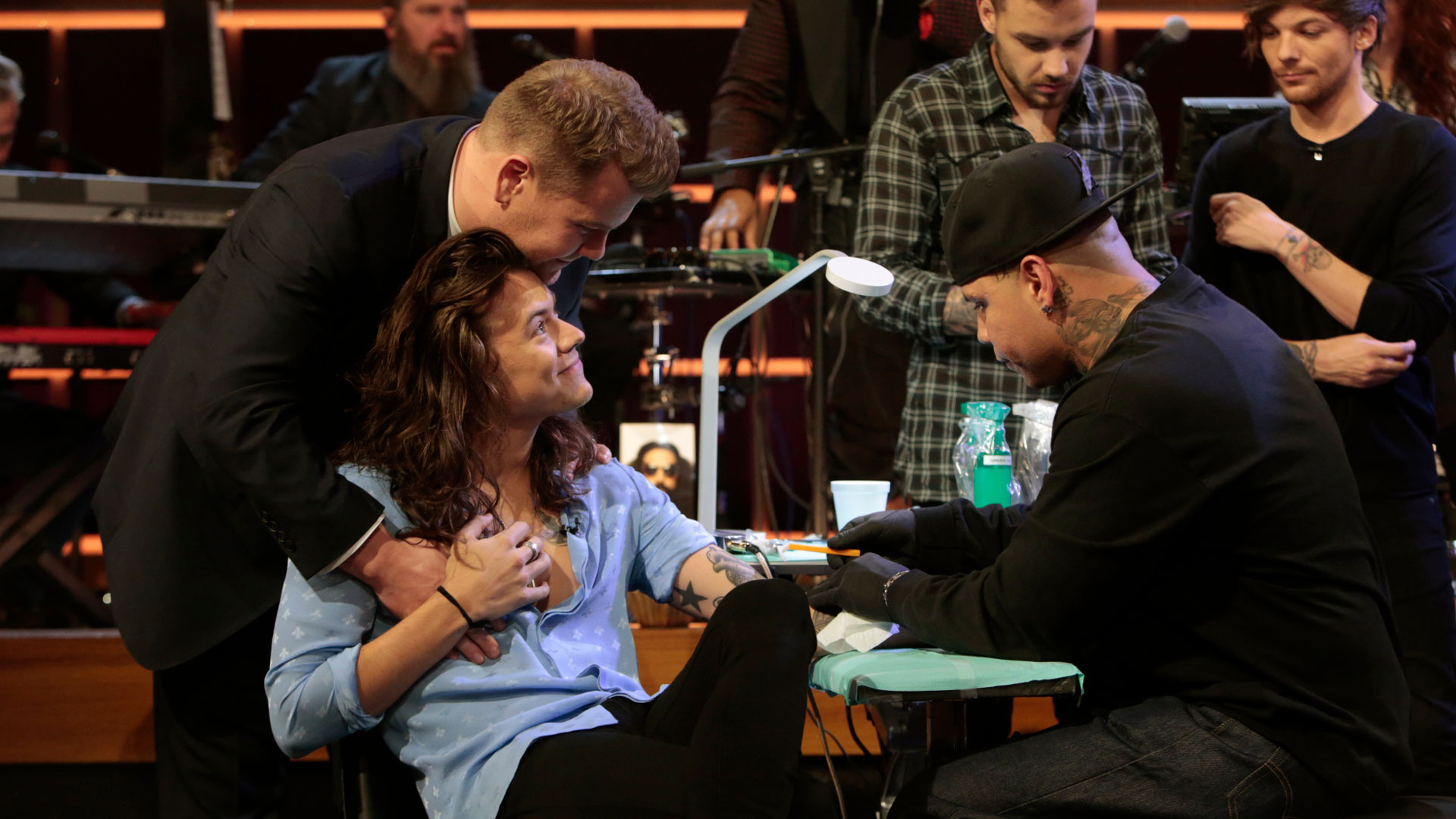 James held Harry as he received his new ink.

Oddly enough, Harry handled with whole thing much easier than James did. 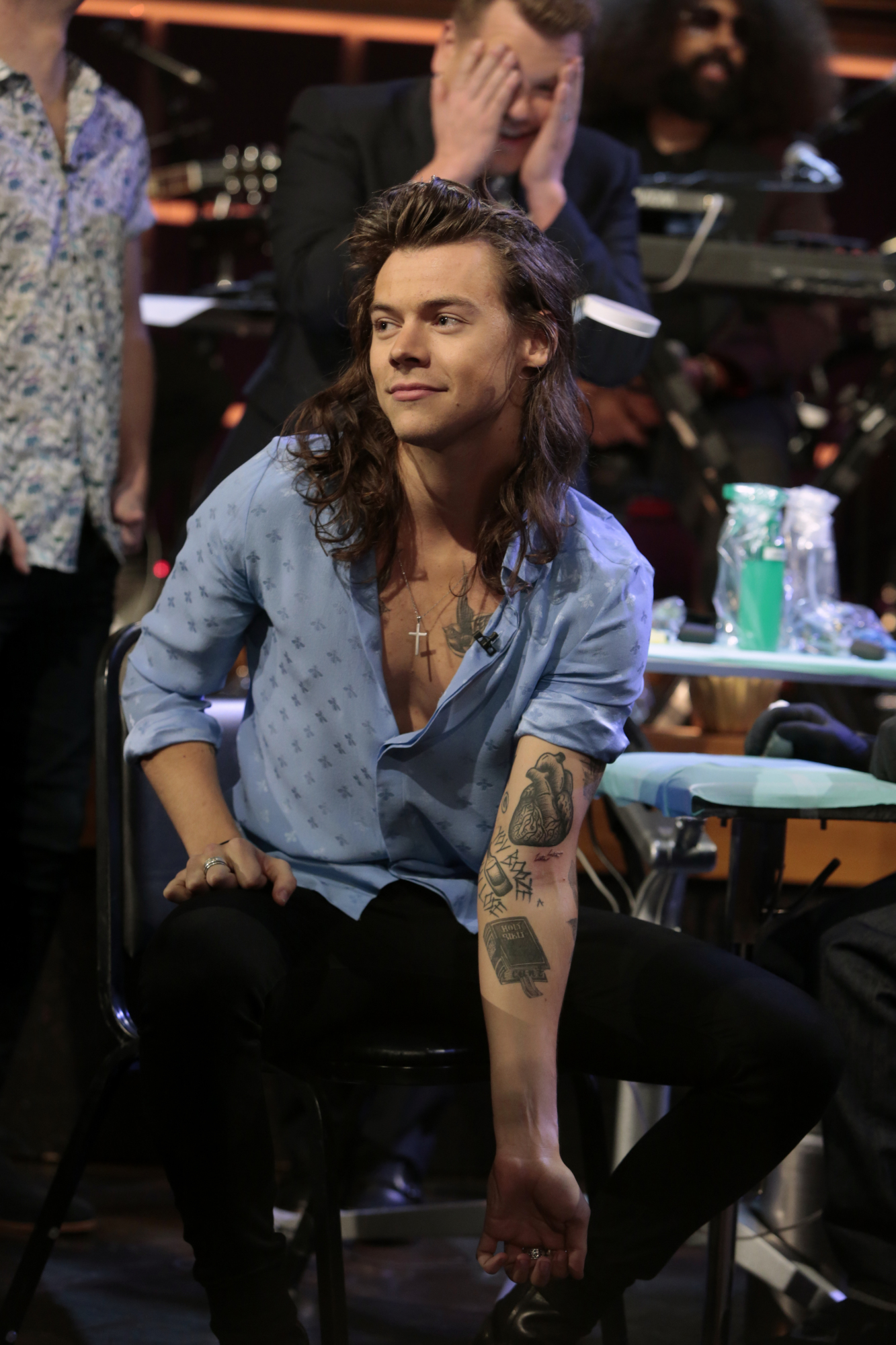 Harry showed off his new tattoo. 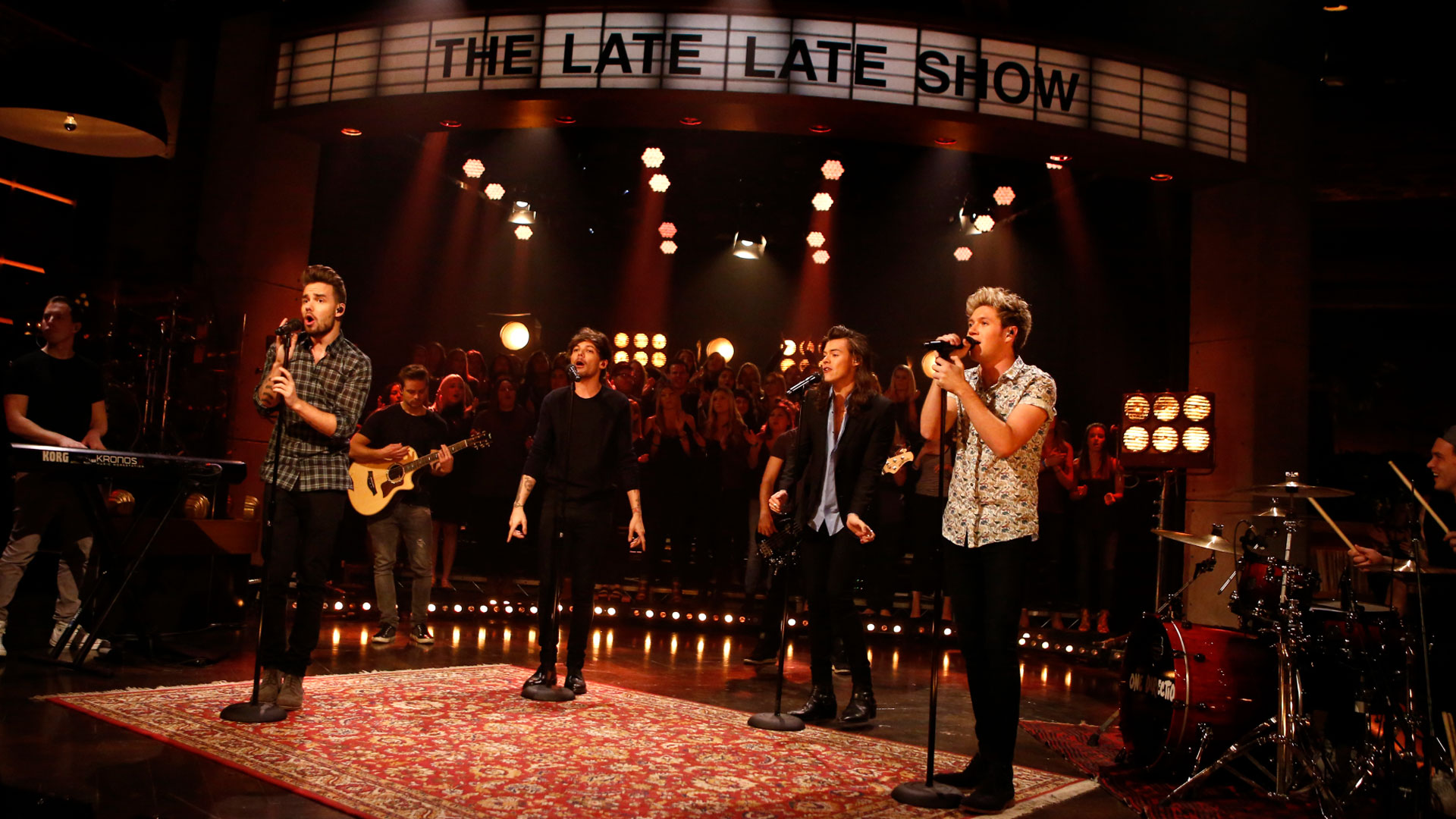 After Tattoo Roulette, the guys performed their song "History."

They nailed their rendition of "History," even though they had just played a stressful game with permanent consequences. 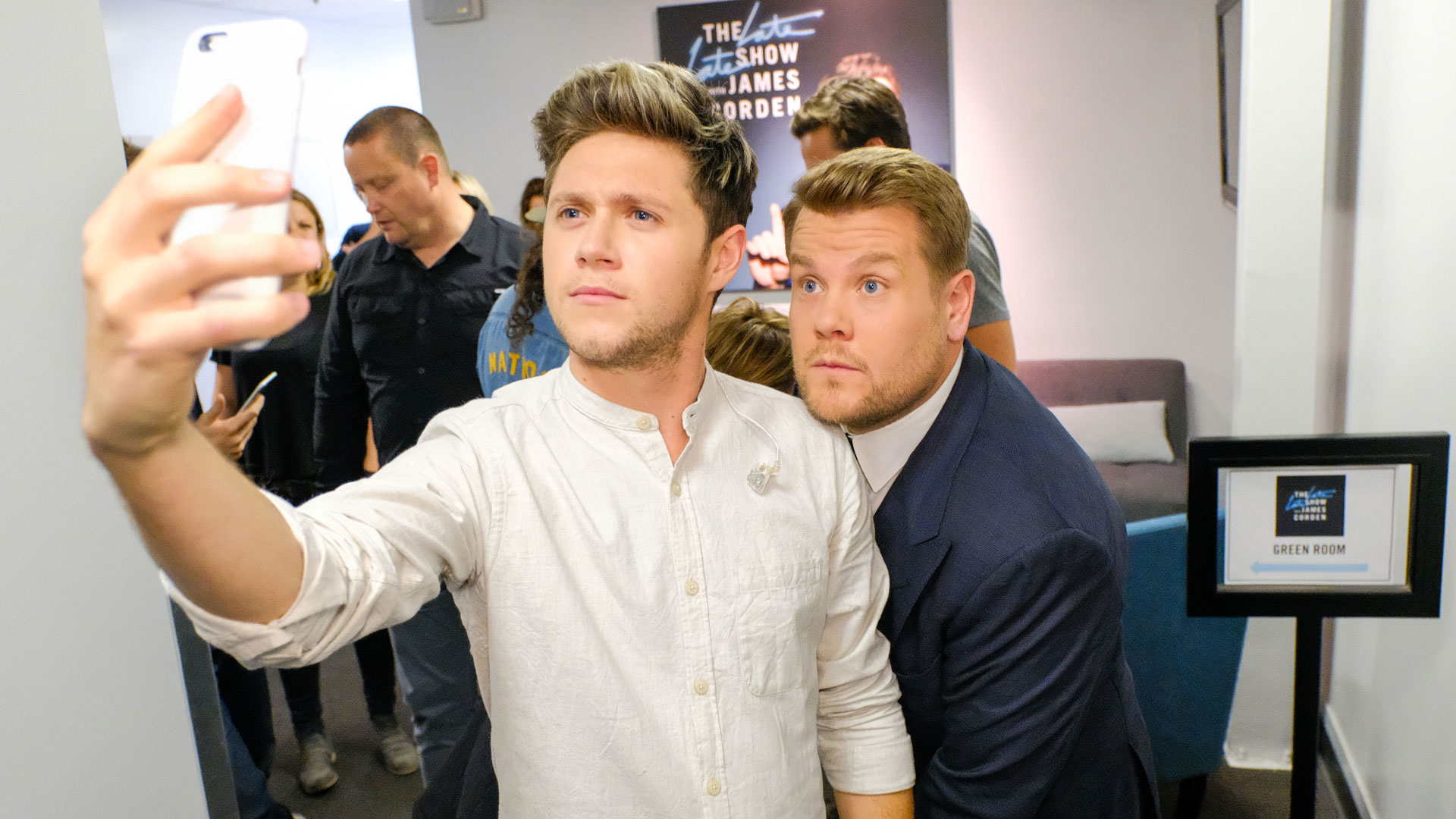 Niall snapped a selfie before his first solo appearance on the show. 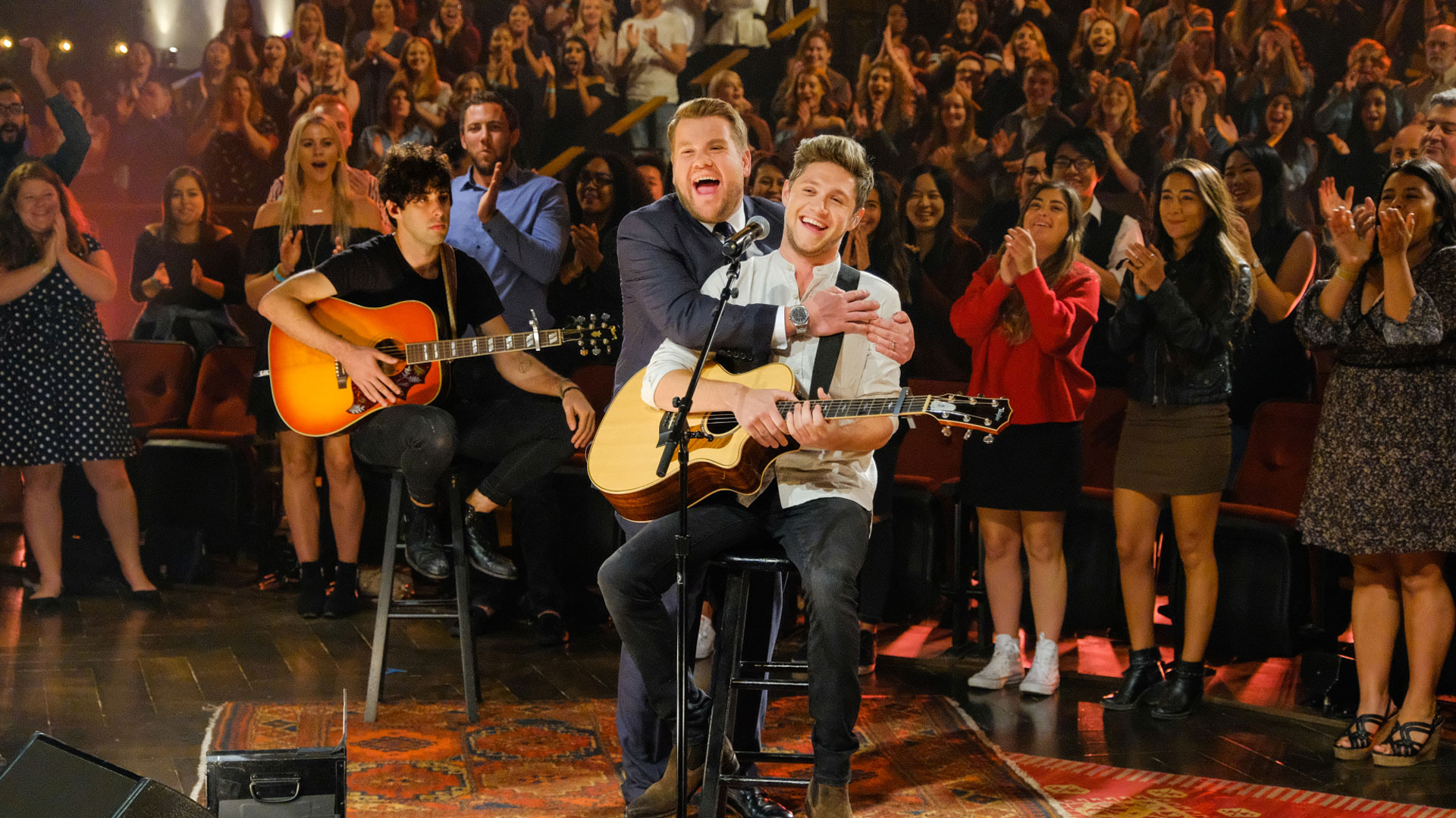 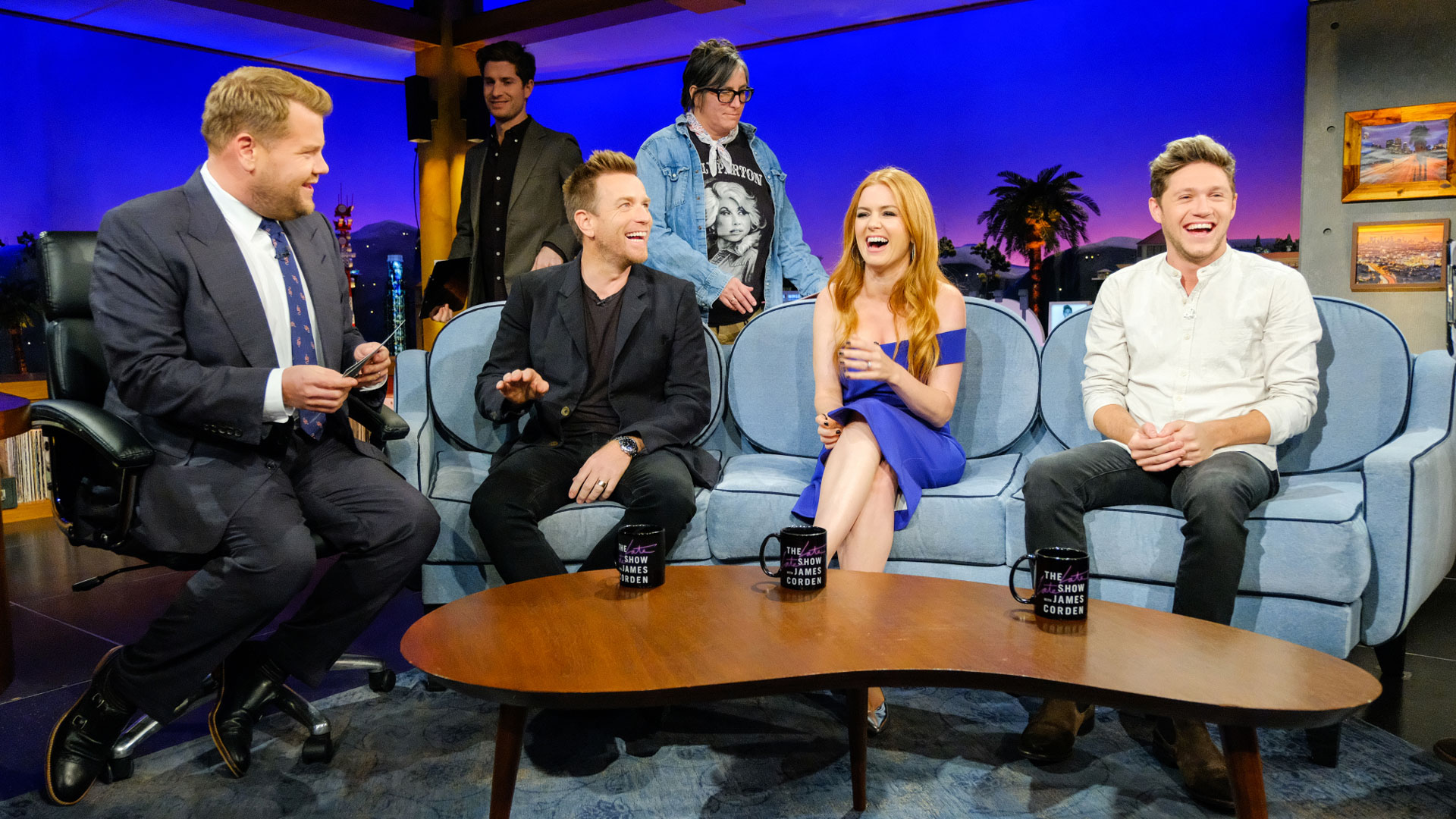 James and Niall joked with Ewan McGregor and Isla Fisher during a commercial break.

The four United Kingdom natives all seemed comfortable together, despite some of them having awkward initial meetings. 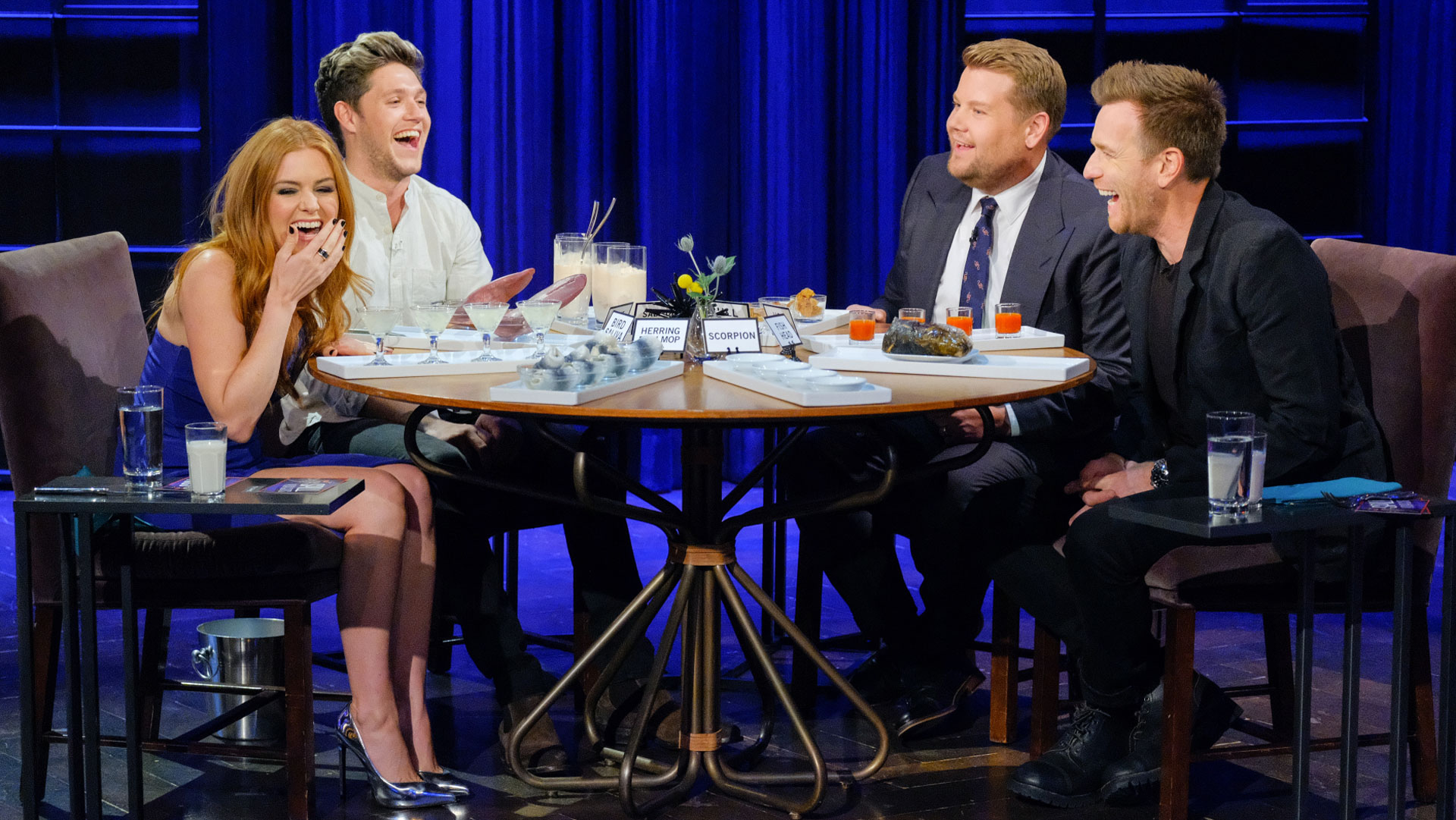 Even though they were about to eat some truly horrible foods, Niall, Ewan, Isla, and James kept their spirits up. 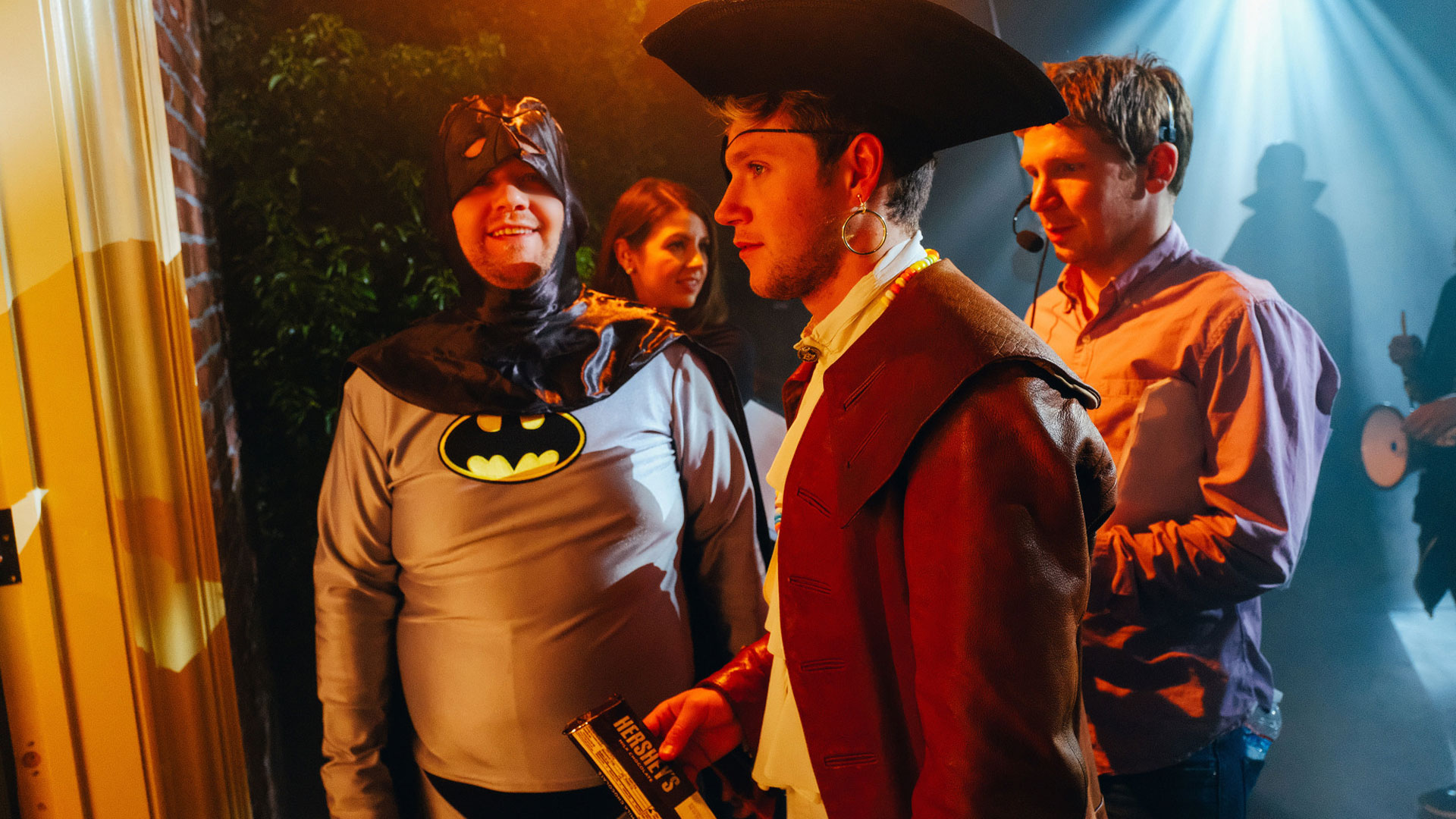 James looked tickled behind the scenes of their Halloween music video shoot. 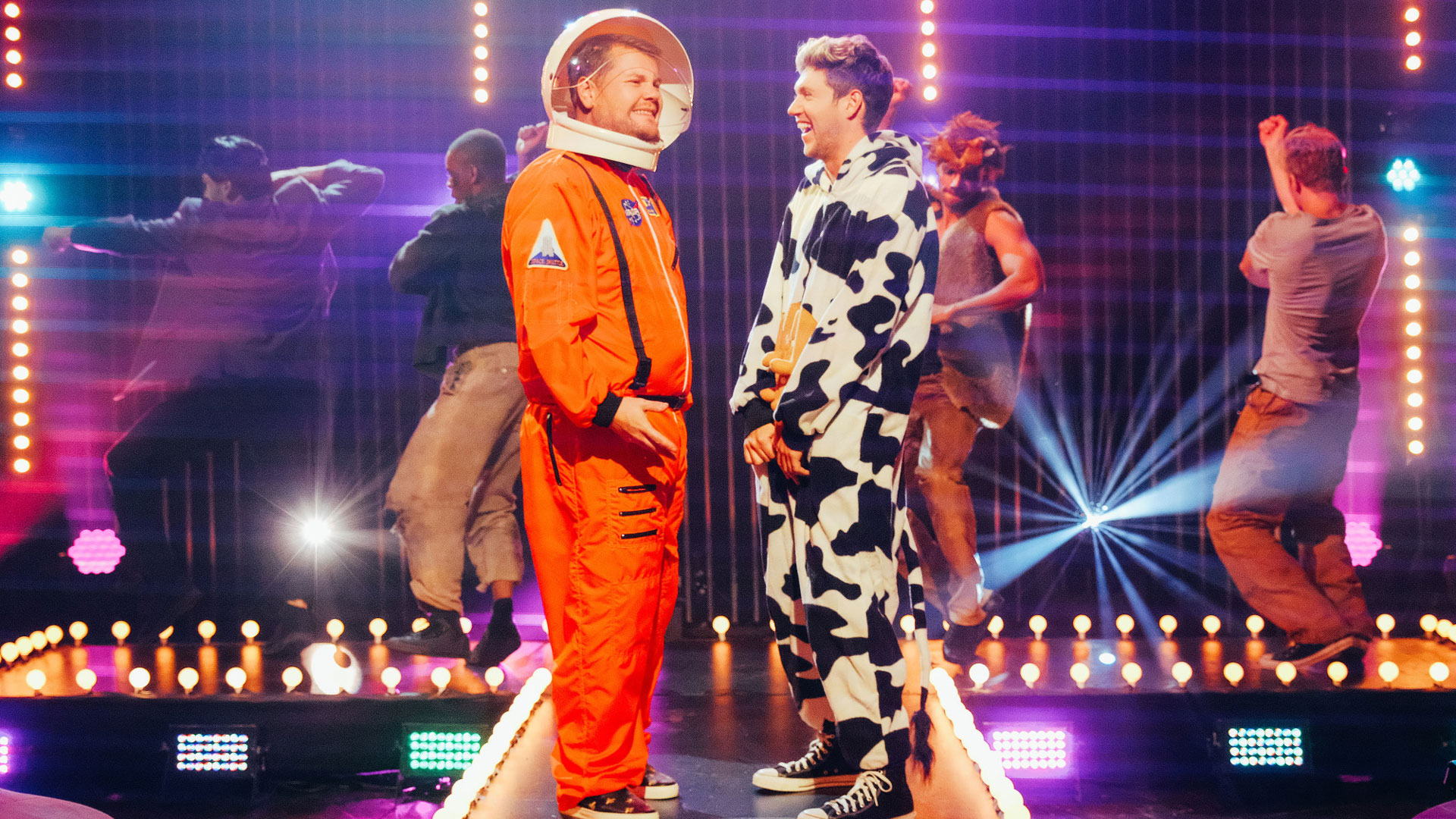 The guys couldn't believe how silly the video shoot became.

They wore a variety of costumes for the Late Late Show Halloween song spoof that became bigger than last year's holiday parody of Adele. 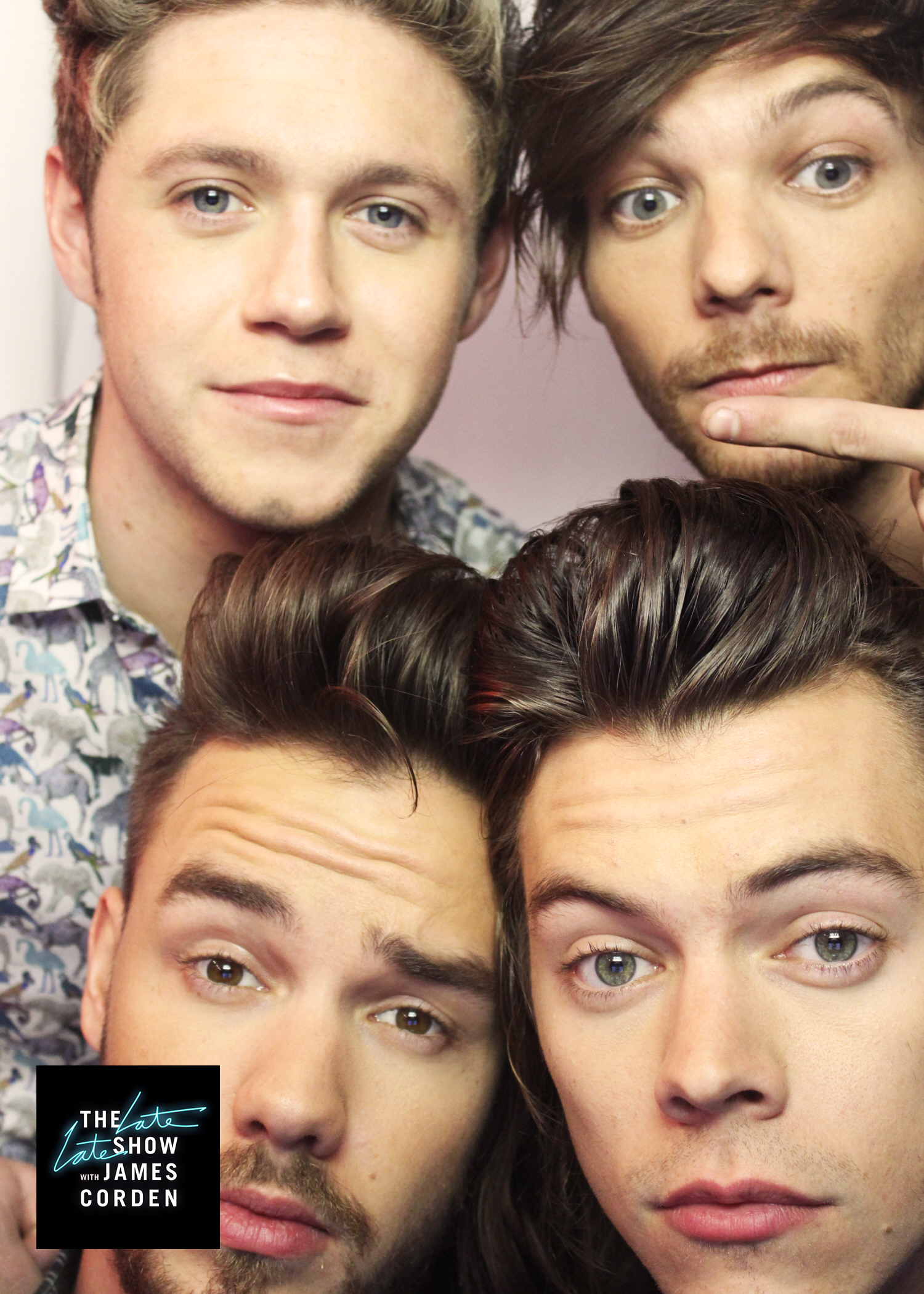 The most important first step to a great appearance on The Late Late Show is posing for a memorable snapshot in the show's photo booth.