Go Behind The Scenes Of The Late Late Show's Starbucks Theater 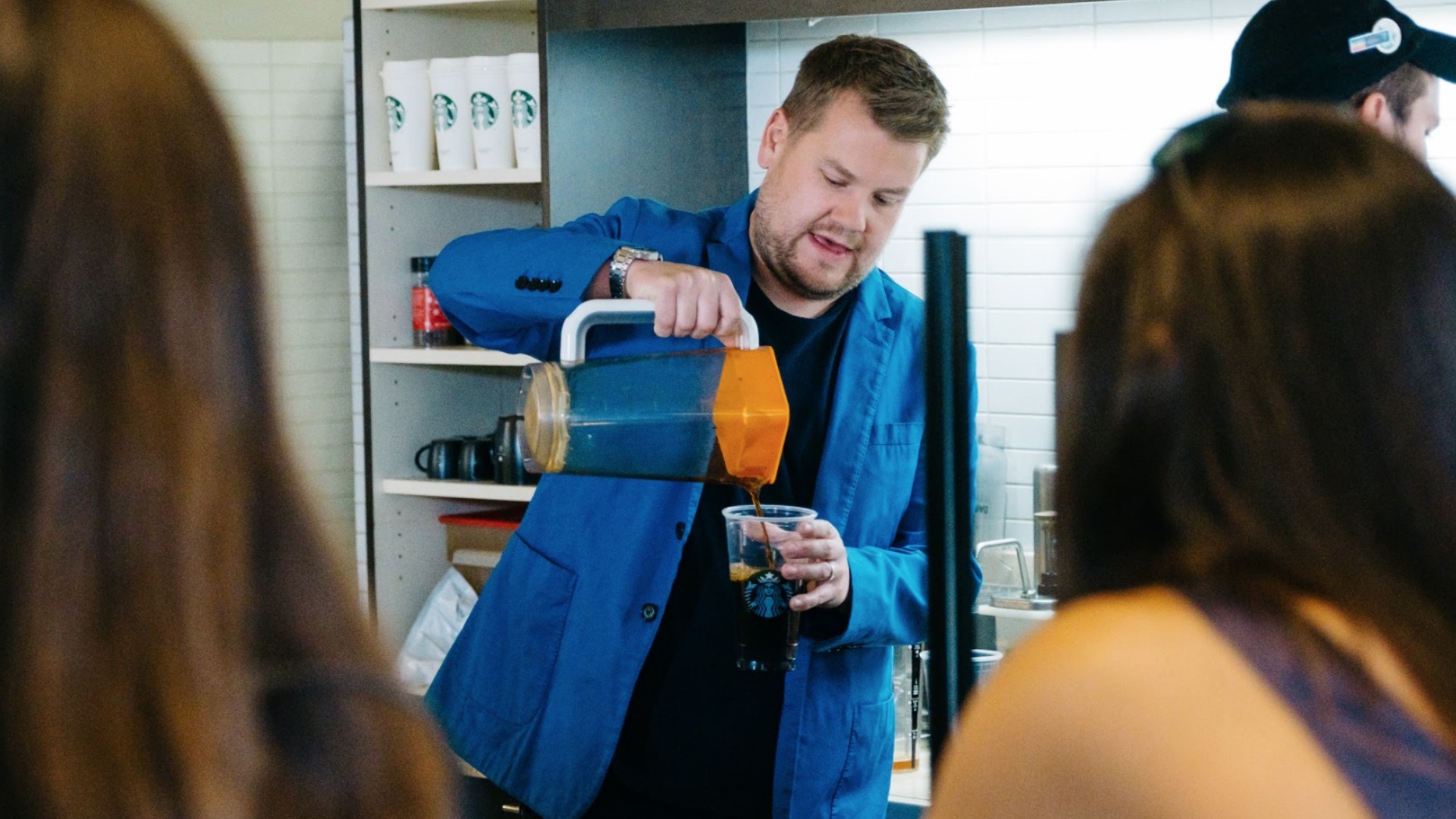 James pours himself a cup of joe to keep his creative juices flowing.

James Corden and the team at The Late Late Show stopped by a Los Angeles Starbucks location for a little bit of java and a whole lot of fun.

In typical L.A. fashion, some of the patrons were working on their scripts. Seeing an opportunity to stir up a few laughs—and call in some impressive talent—James and crew produced, directed, and re-enacted one lucky writer's script in what was truly a once-in-a-lifetime opportunity.

Read on to see some of the hilarious behind-the-scenes shots!

Watch The Late Late Show with James Corden weeknights at 12:37 AM/11:37 PM CT on CBS and CBS All Access. 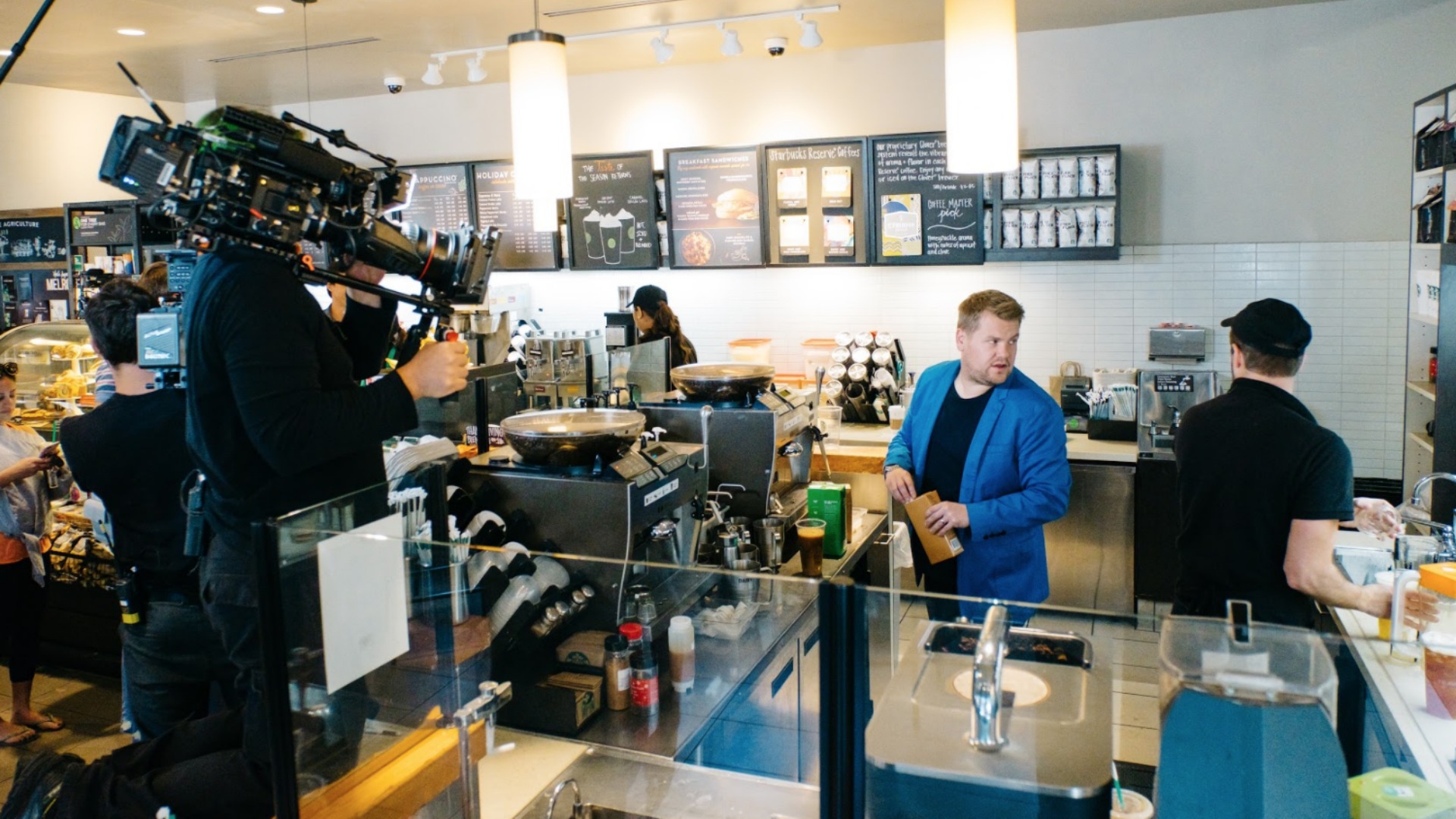 James hops behind the counter and gets to work. 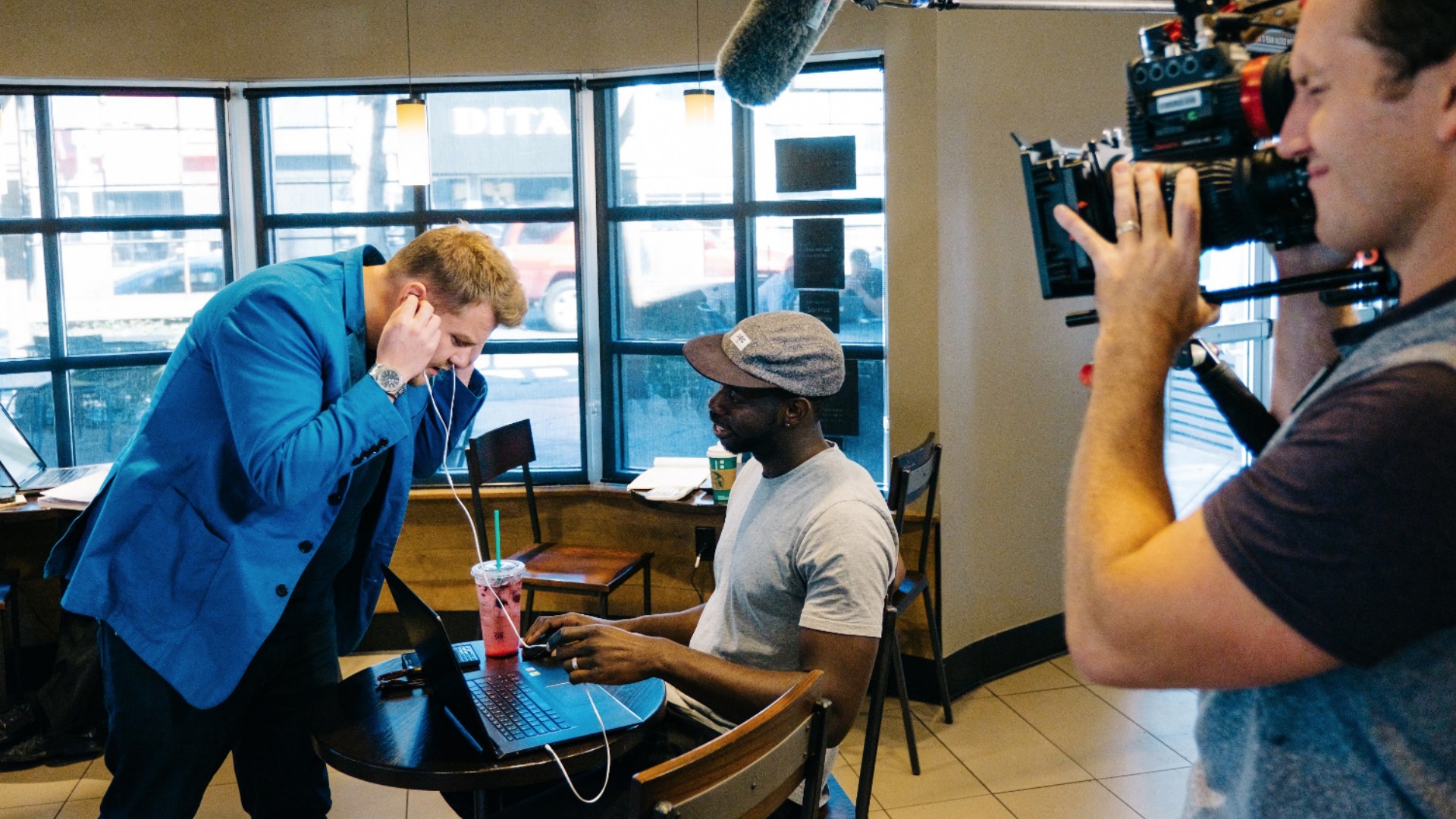 James samples the music tastes of a customer. 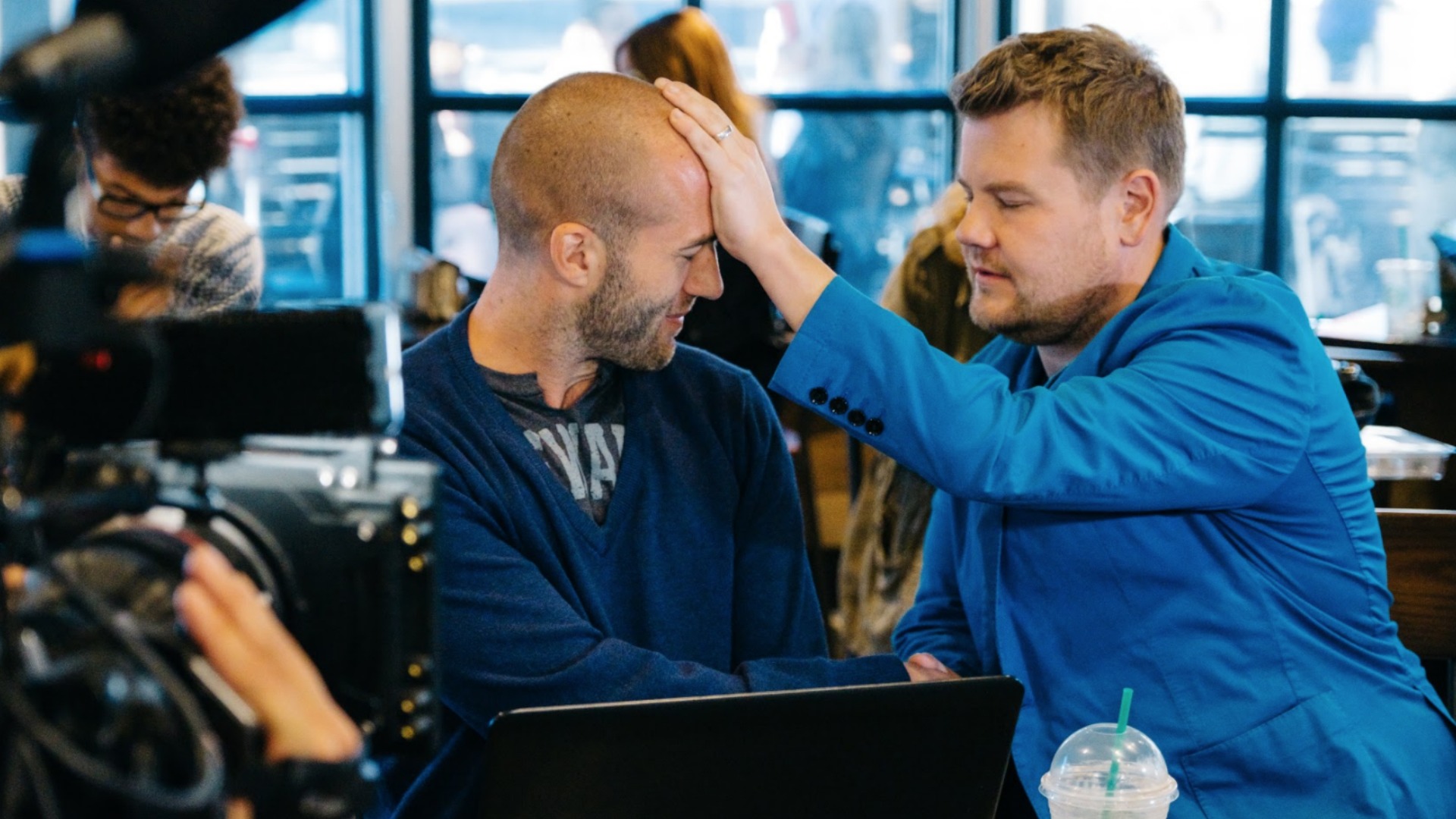 James gives a very special blessing to his new friend. 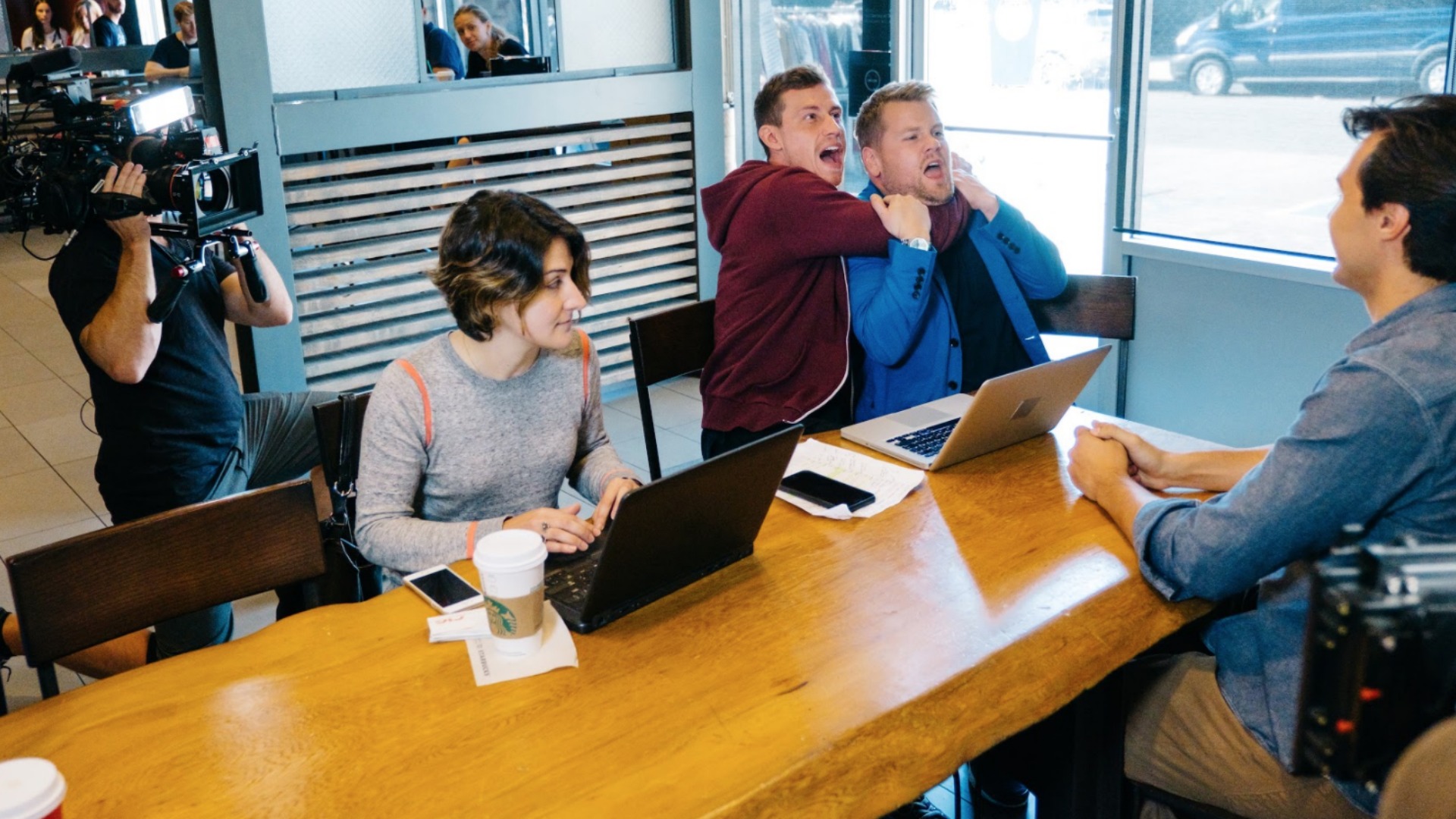 The writing process isn't without its confrontations. 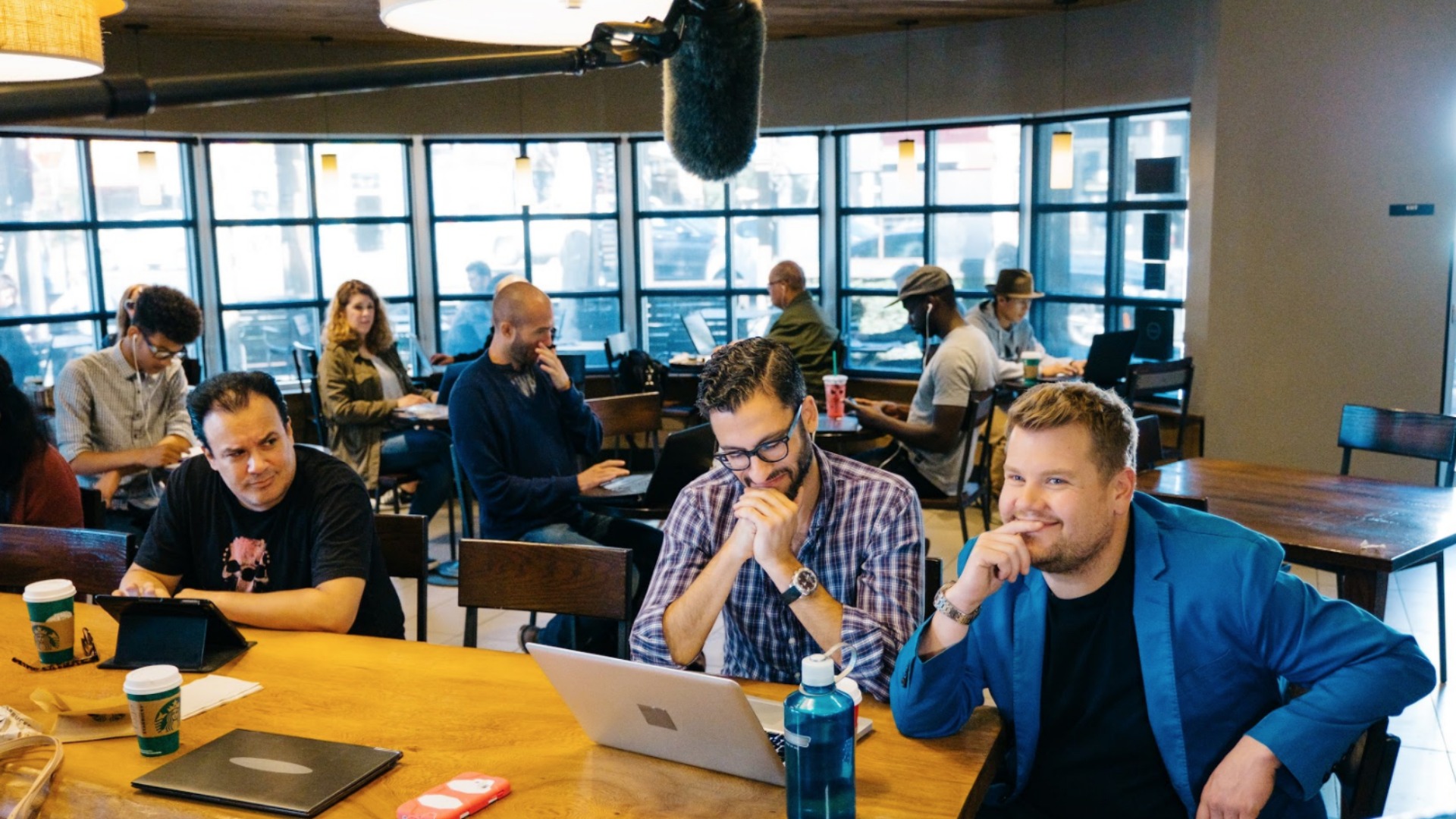 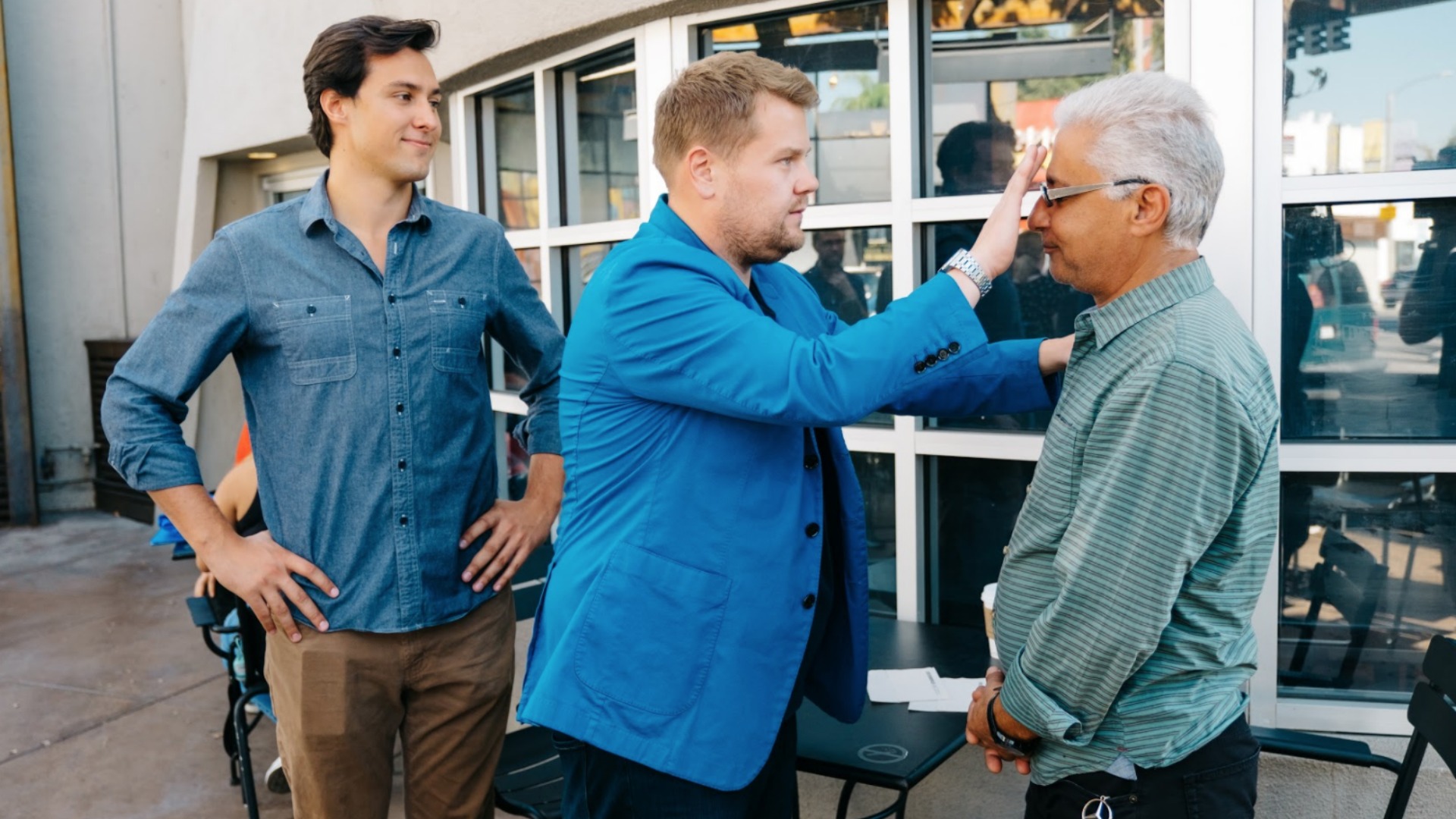 James applies a touch of makeup to a camera-ready actor. 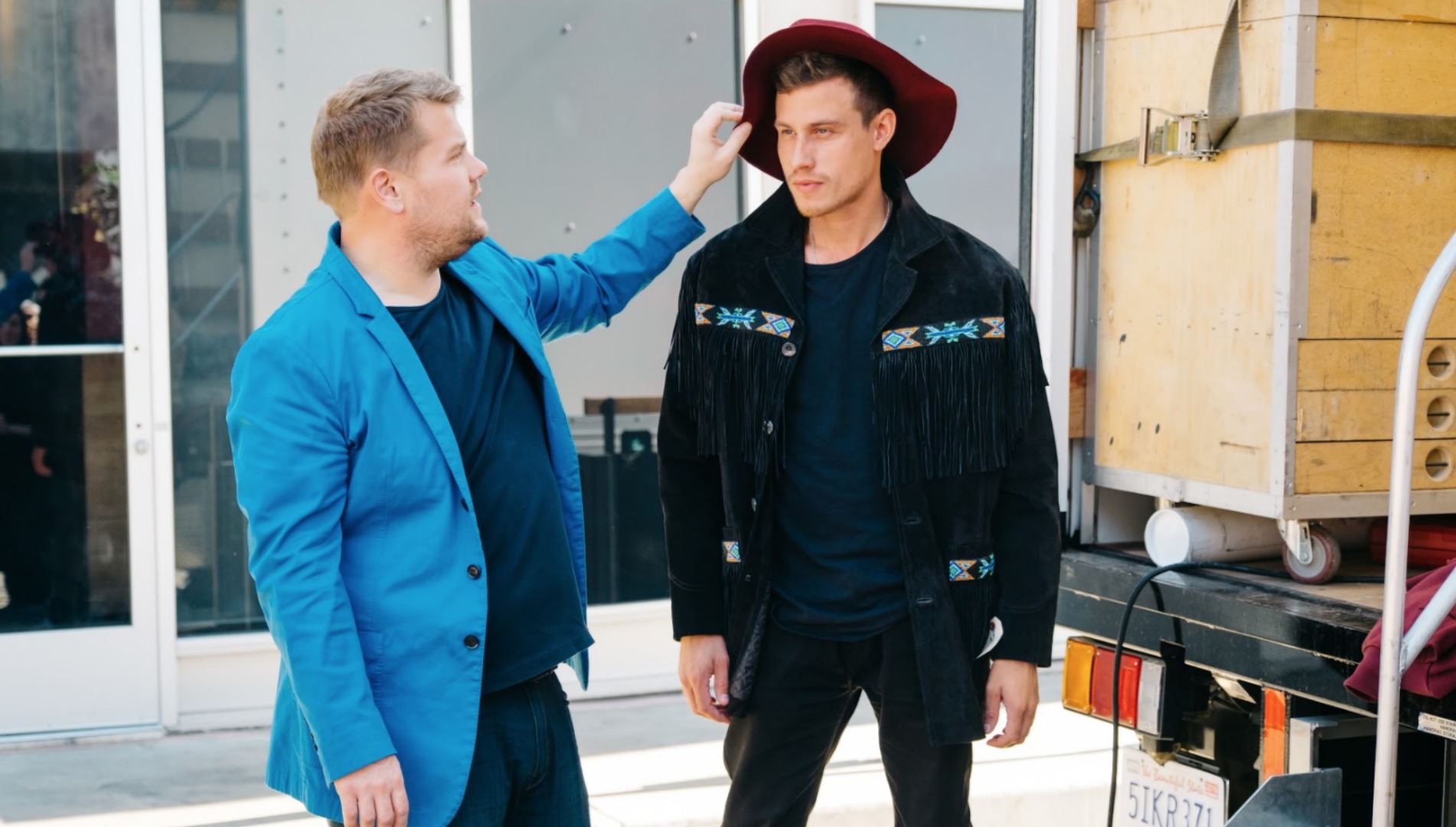 James even helps with wardrobe, finding this gentleman the perfect hat for his character. 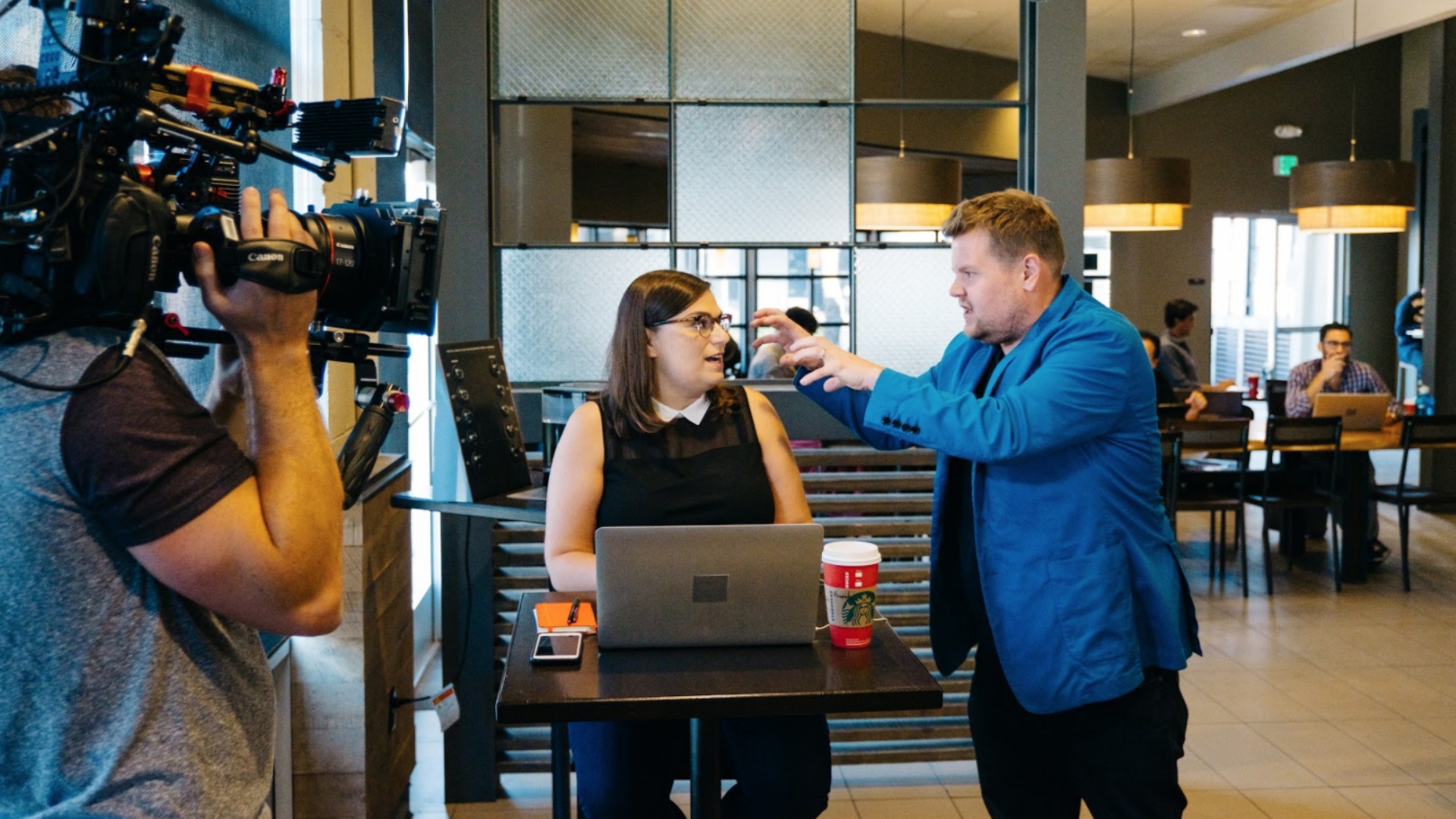 James gets in the festive spirit and spices things up. 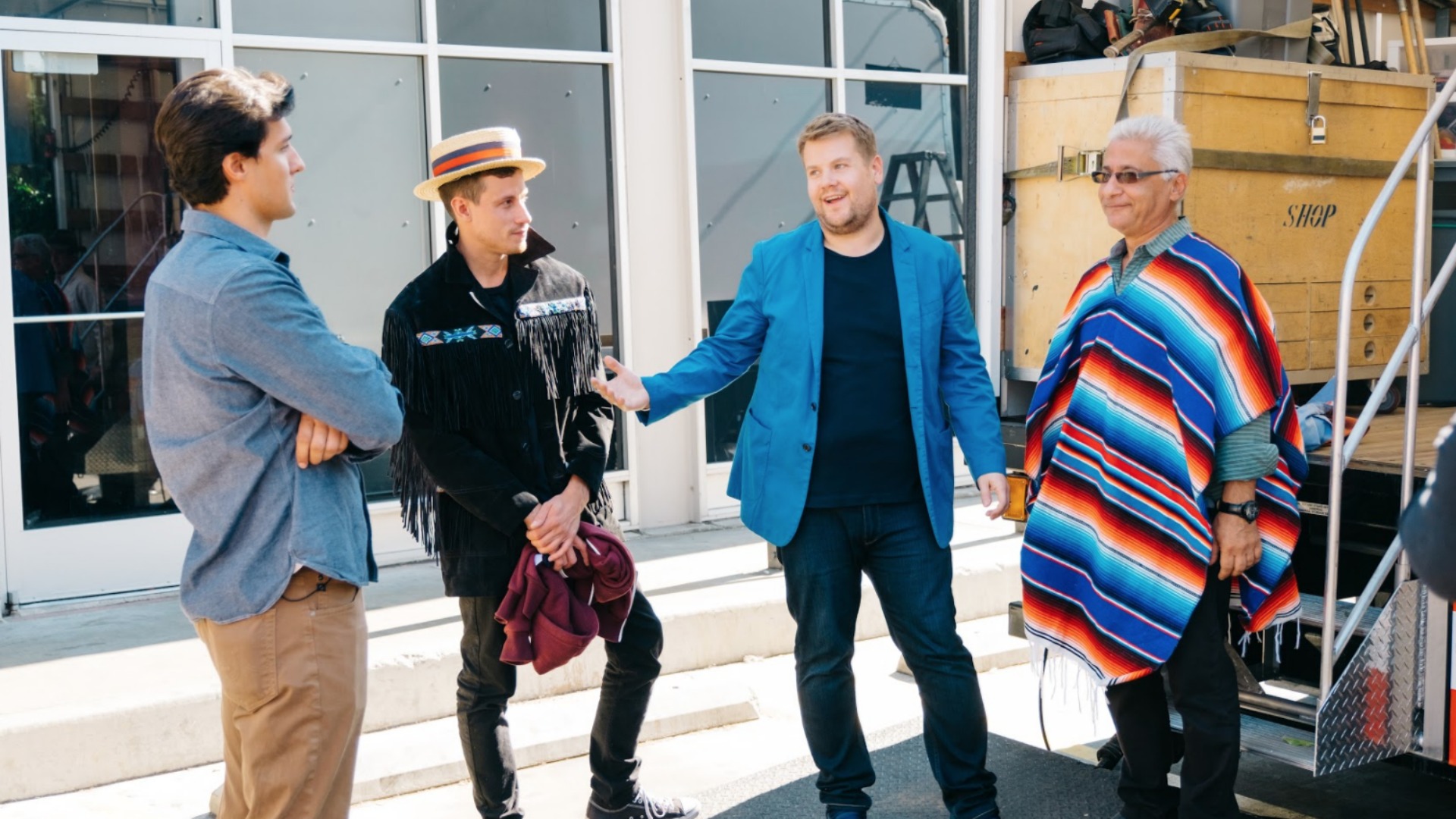 James' new boy band looks amazing, if you ask us. 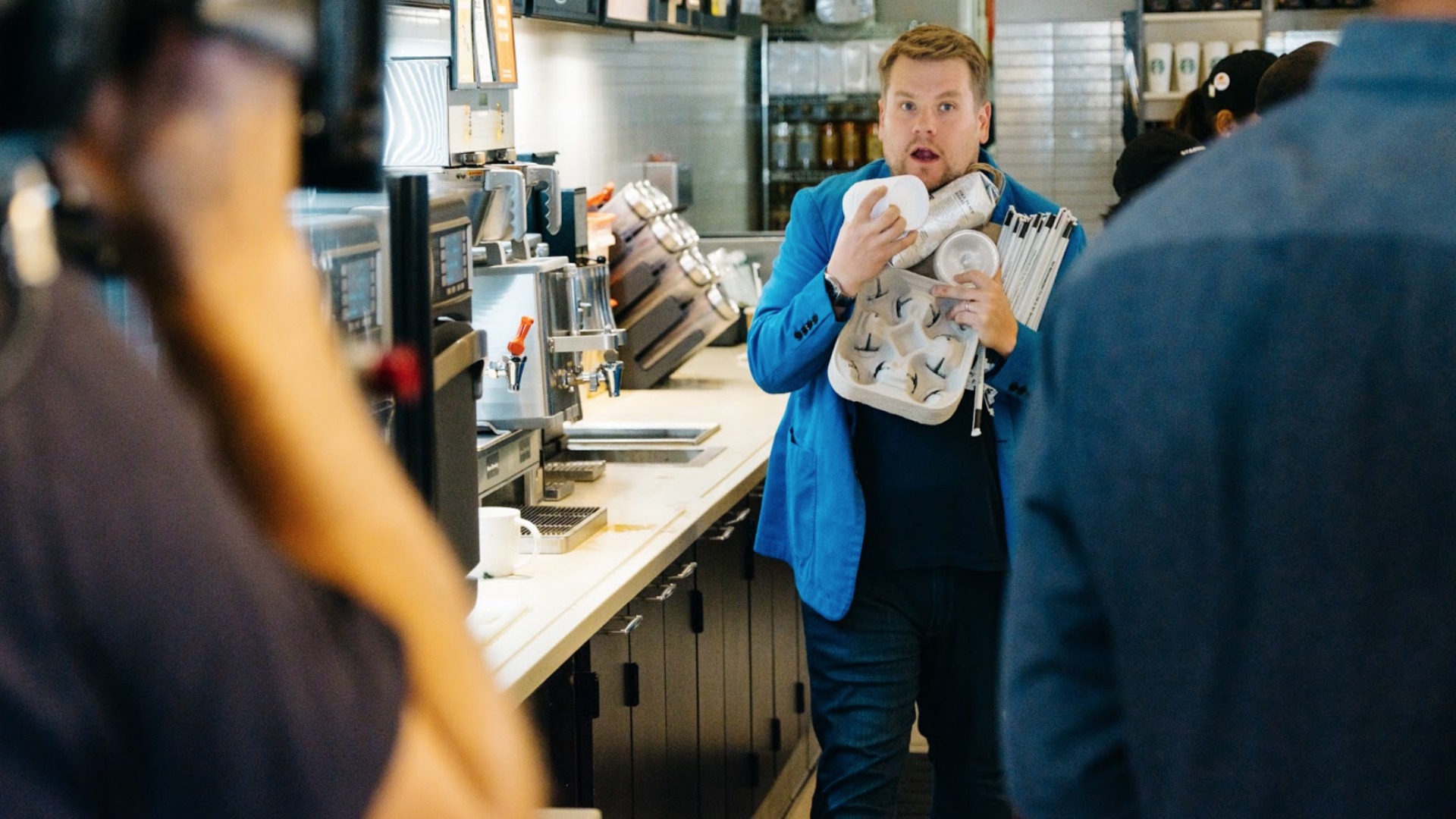 Did we mention how strong James is? He can carry so many coffee supplies! 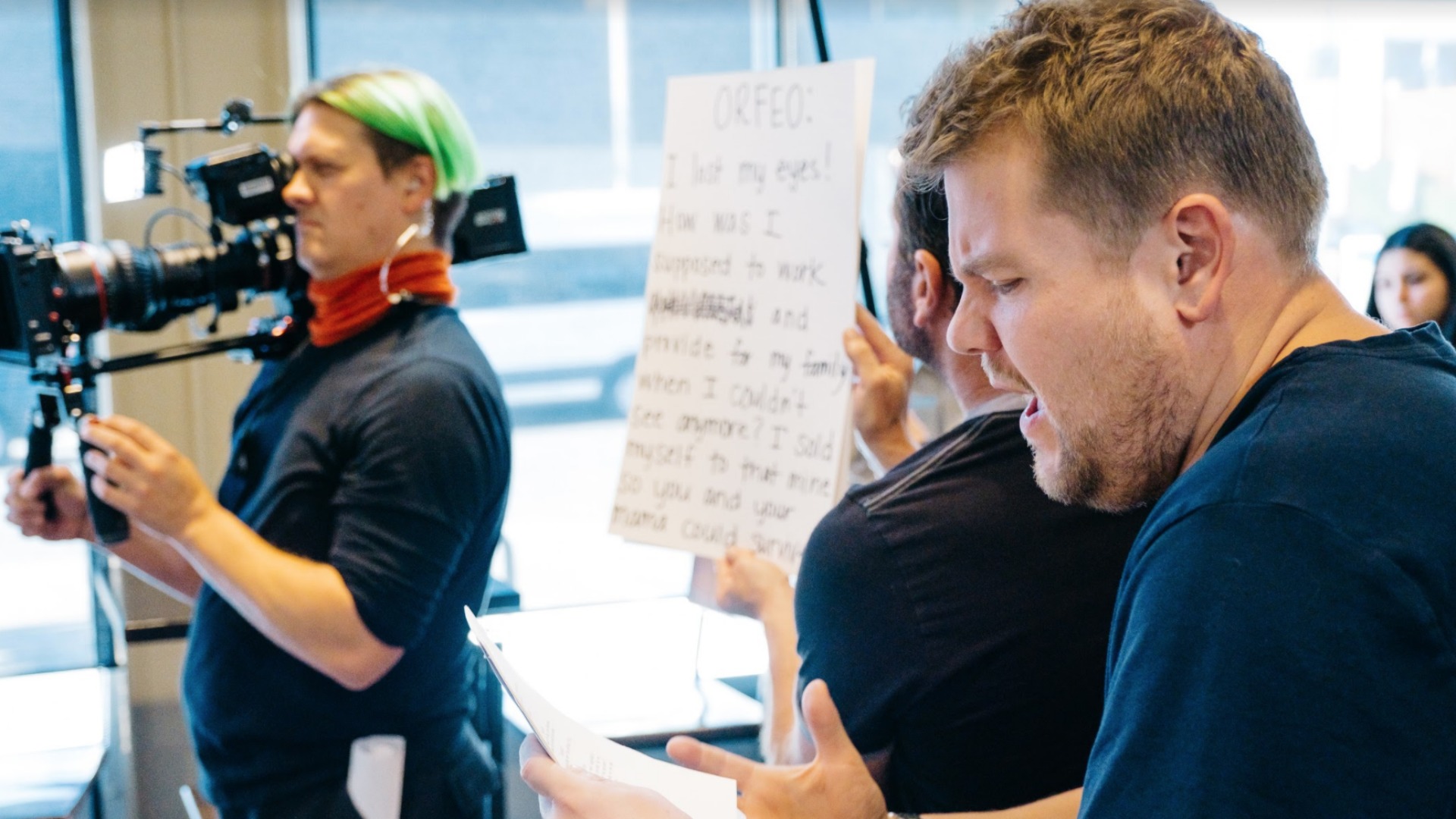 James directs a scene with an intensity few in Hollywood can match. 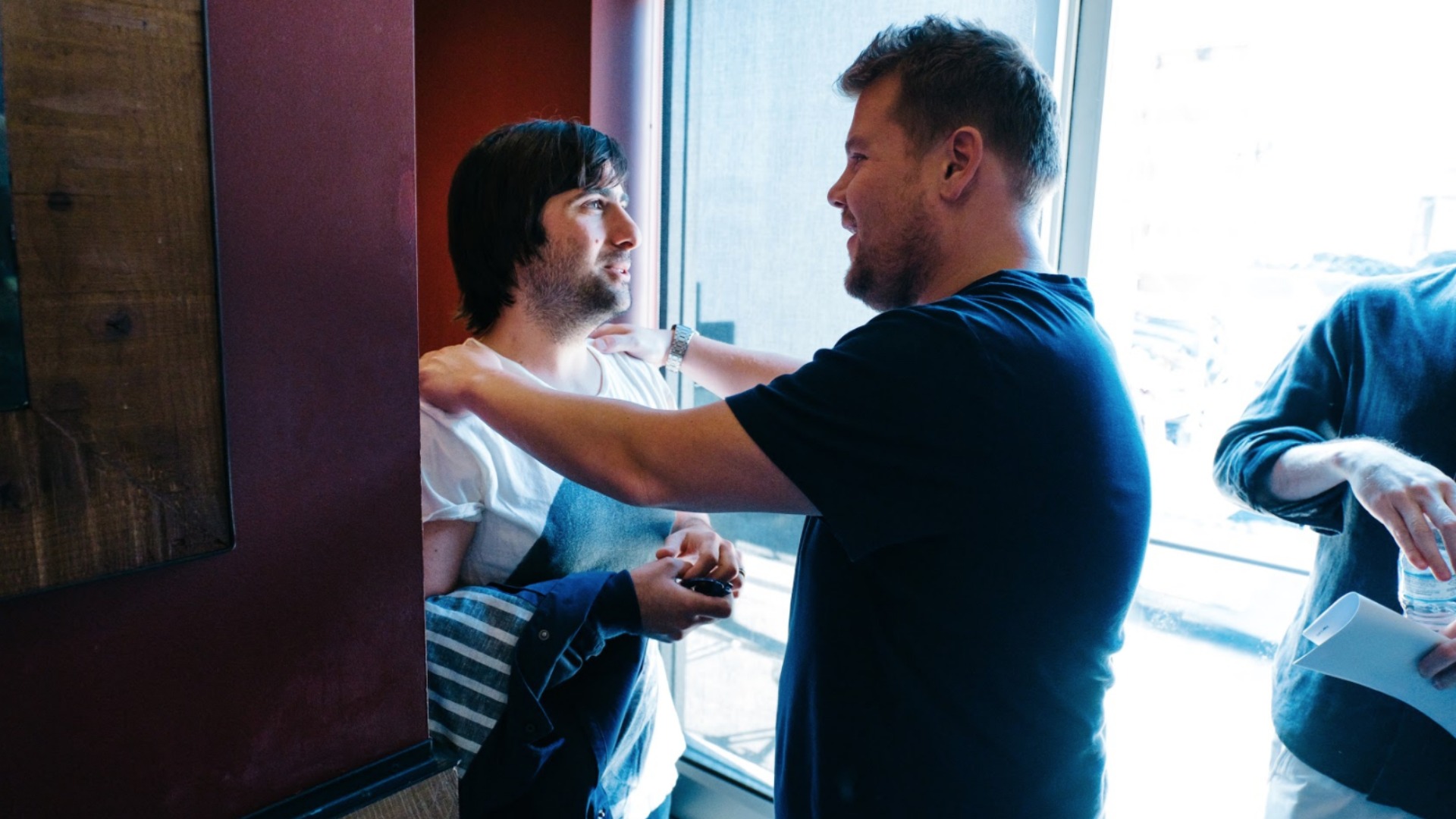 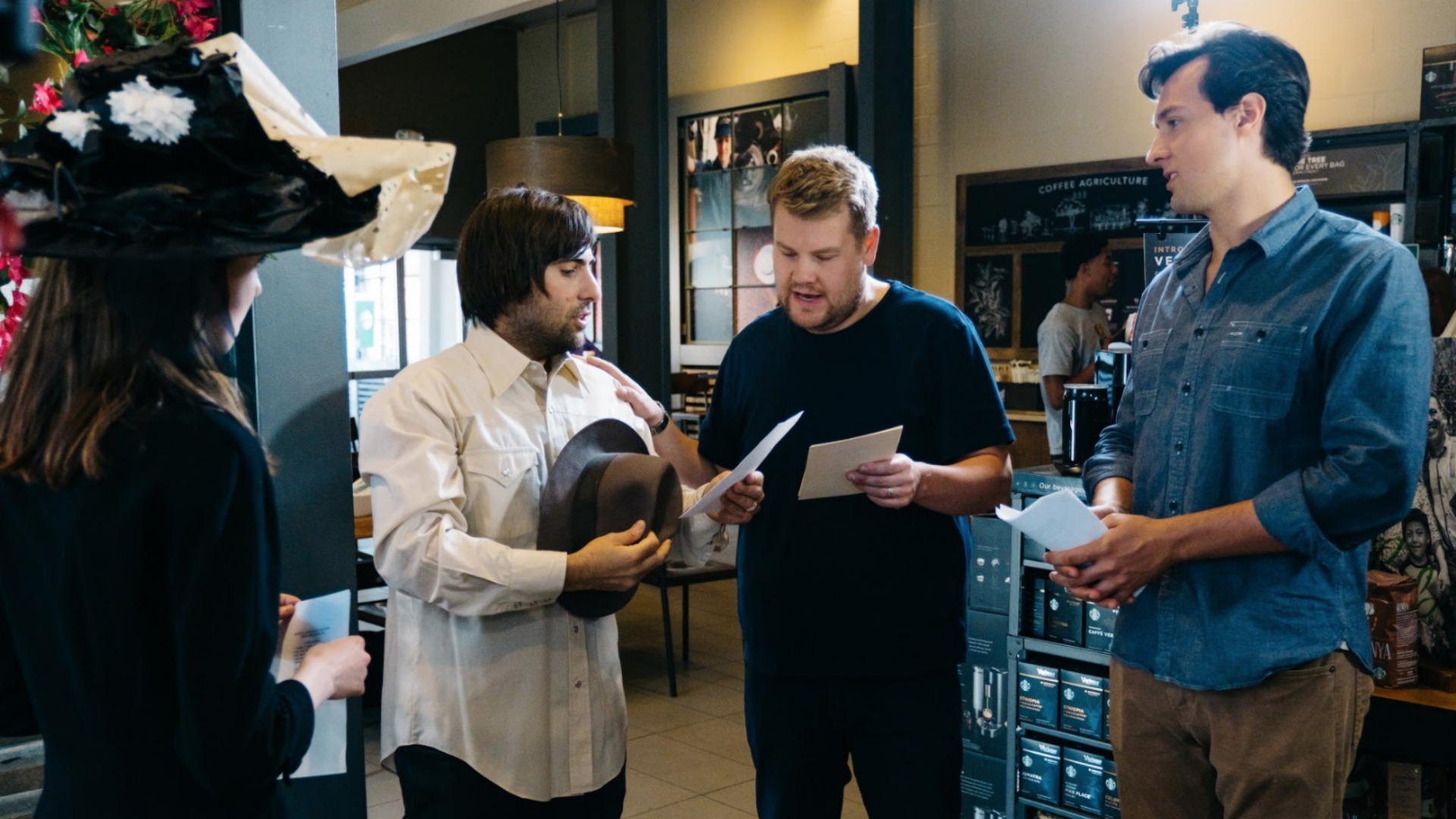 The team runs lines before the big scene. 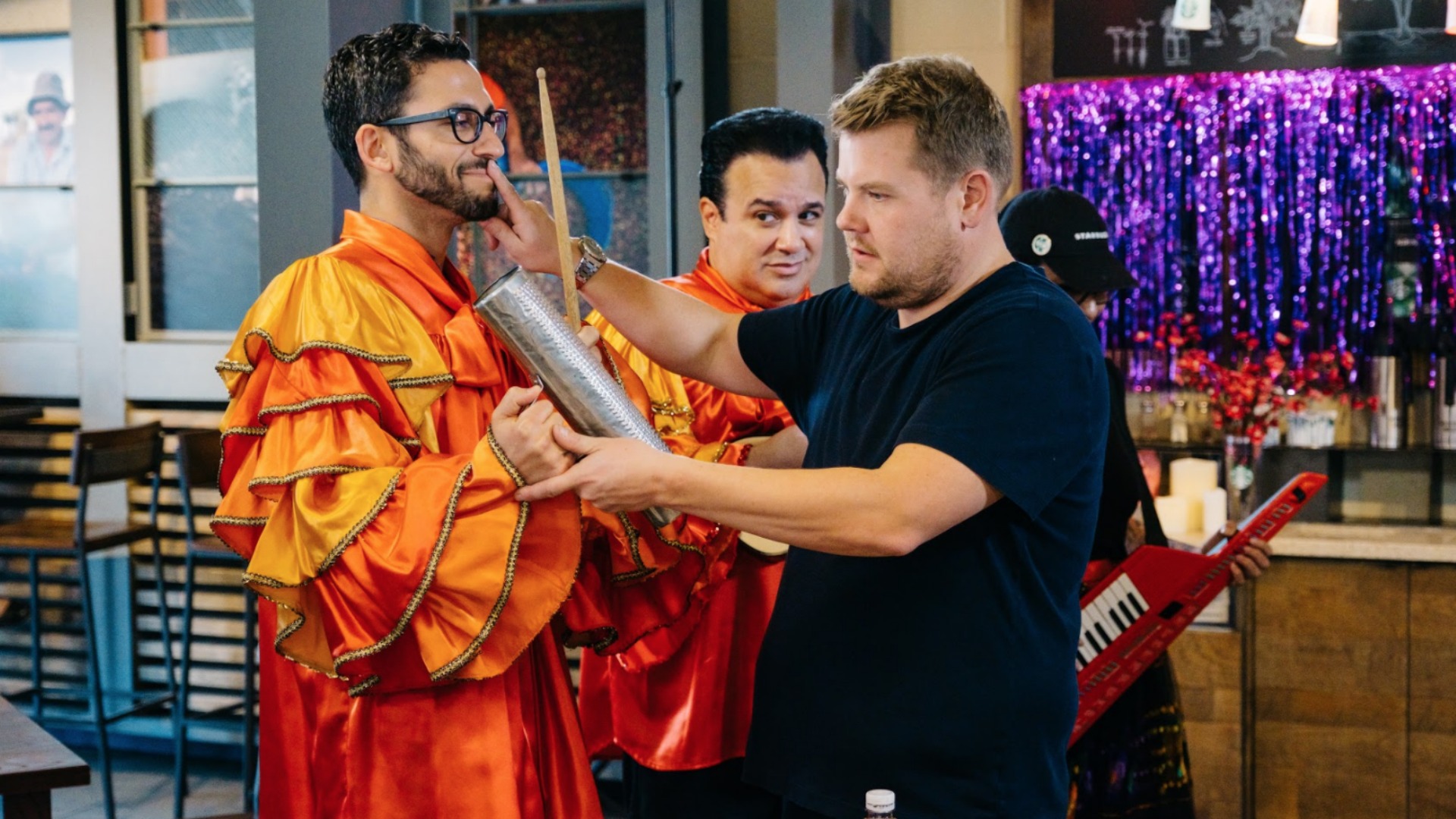 James shares some notes with the musicians. 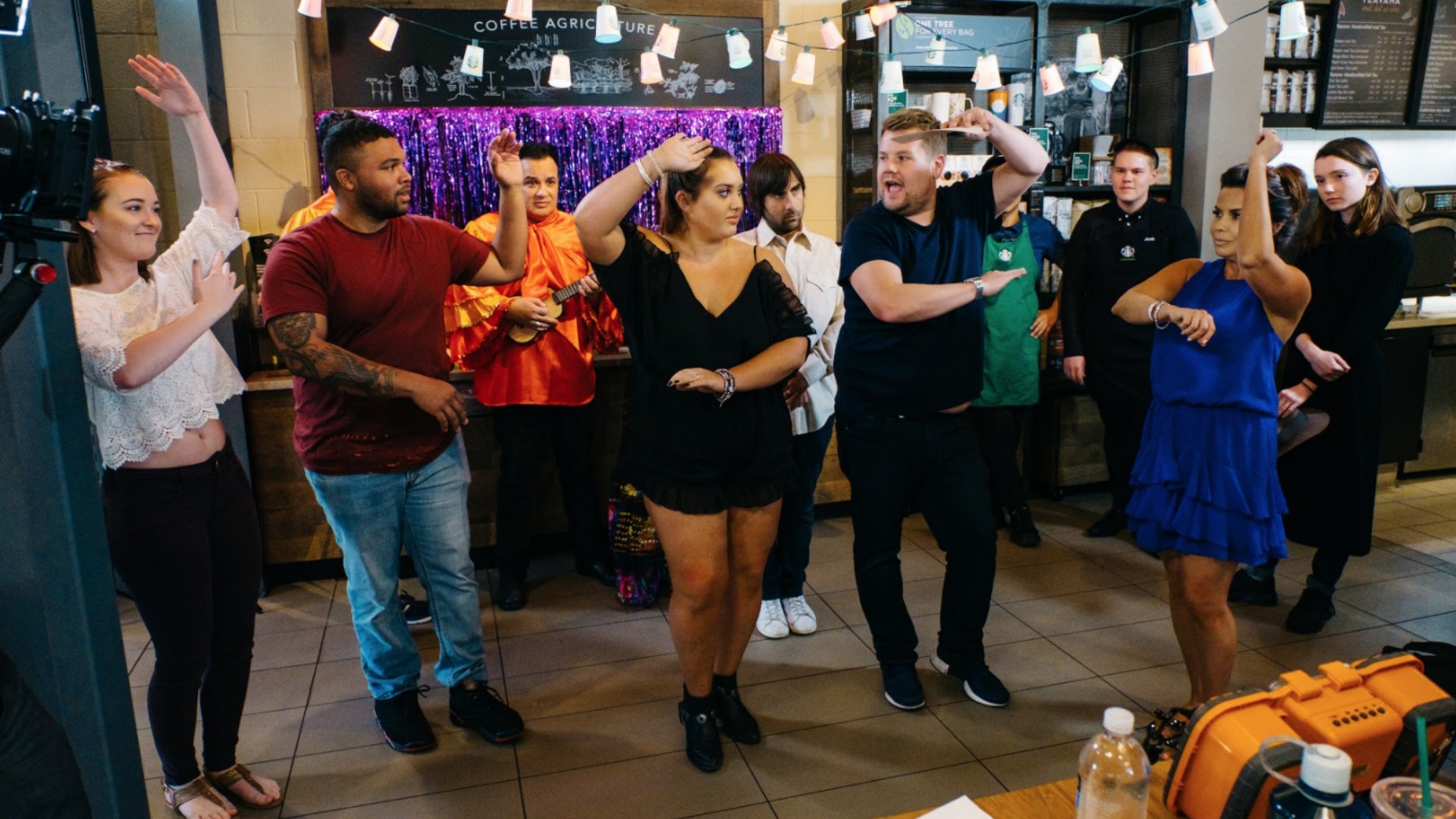 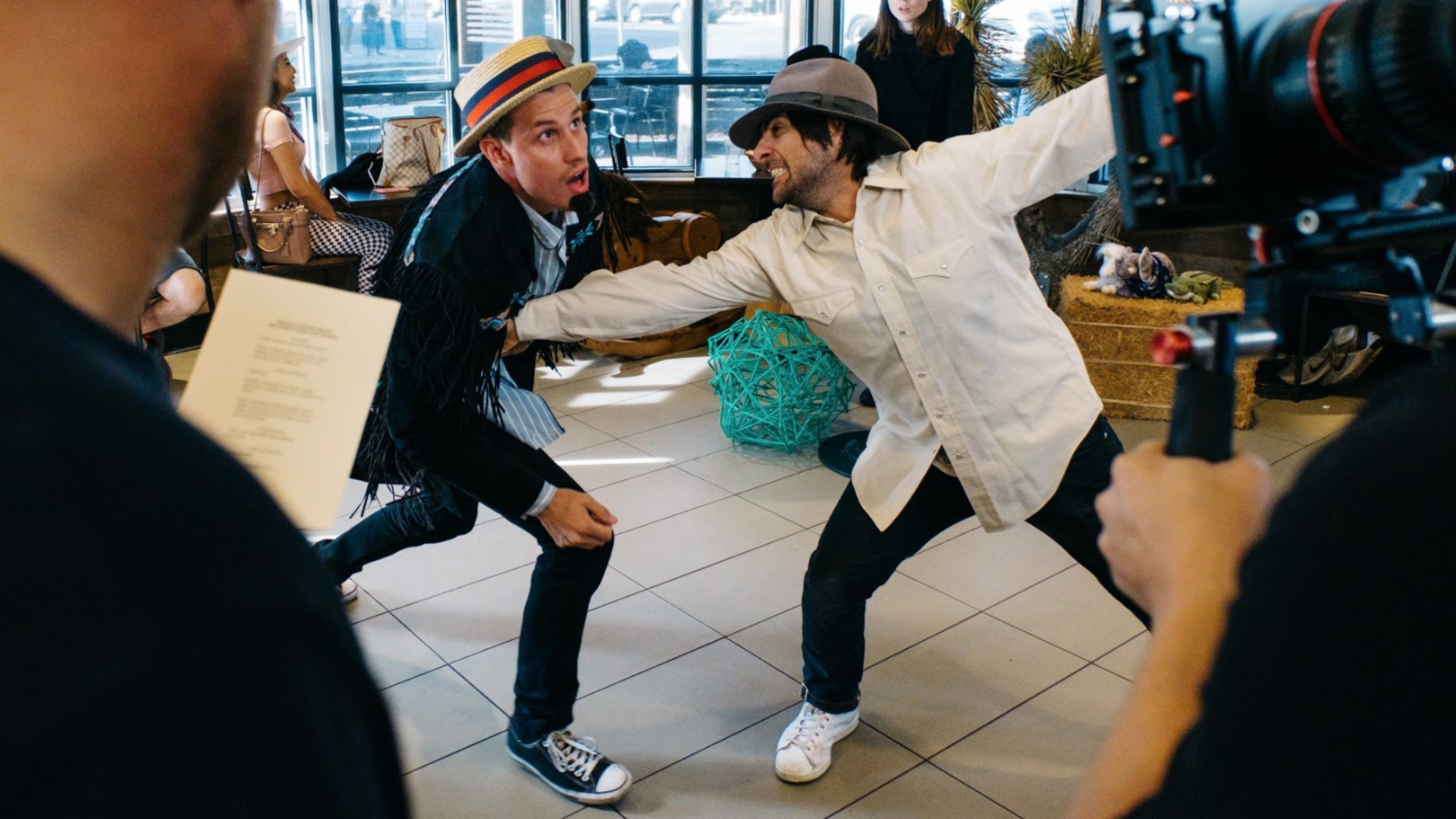 Jason vanquishes his foe with ease. 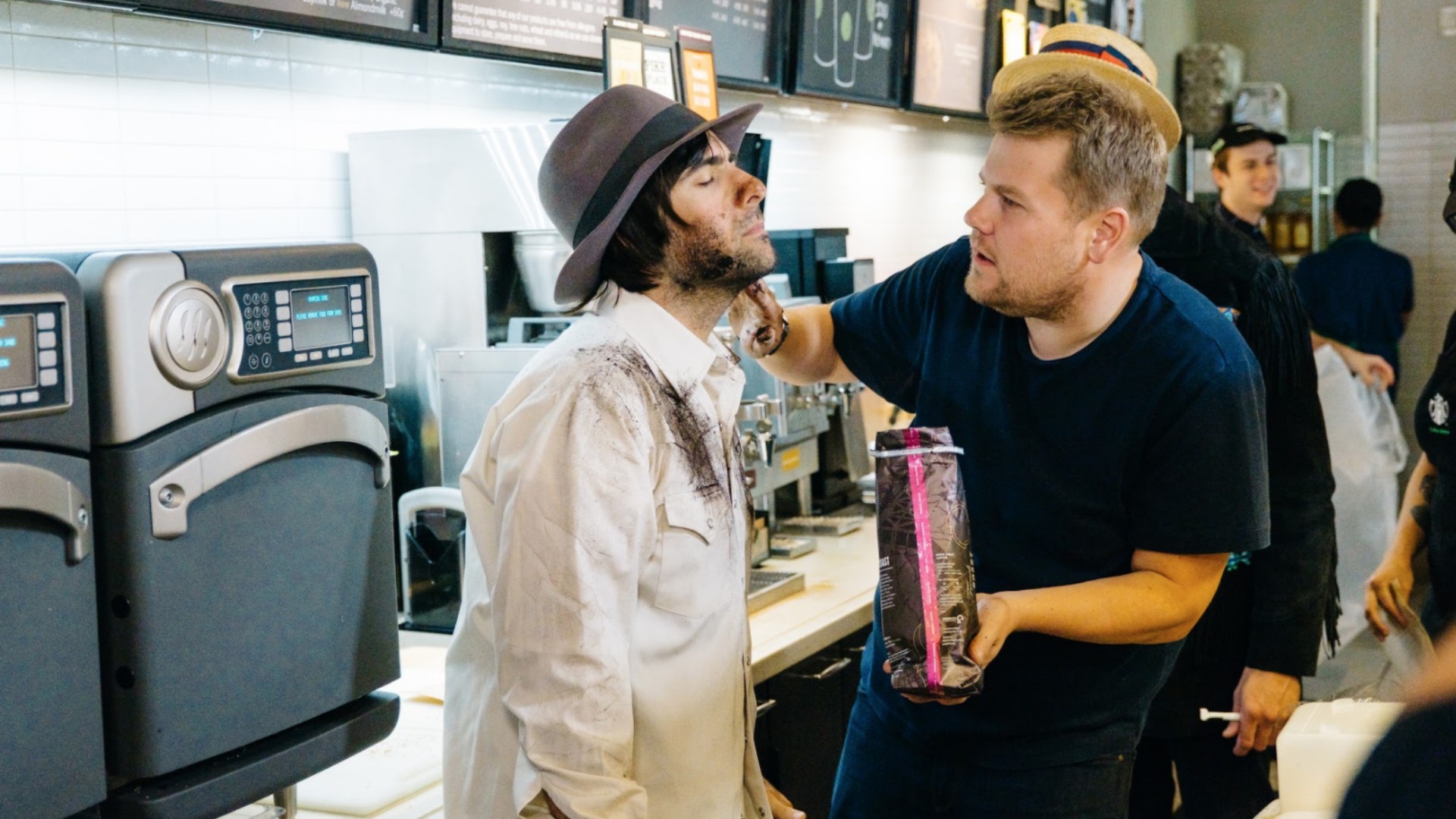 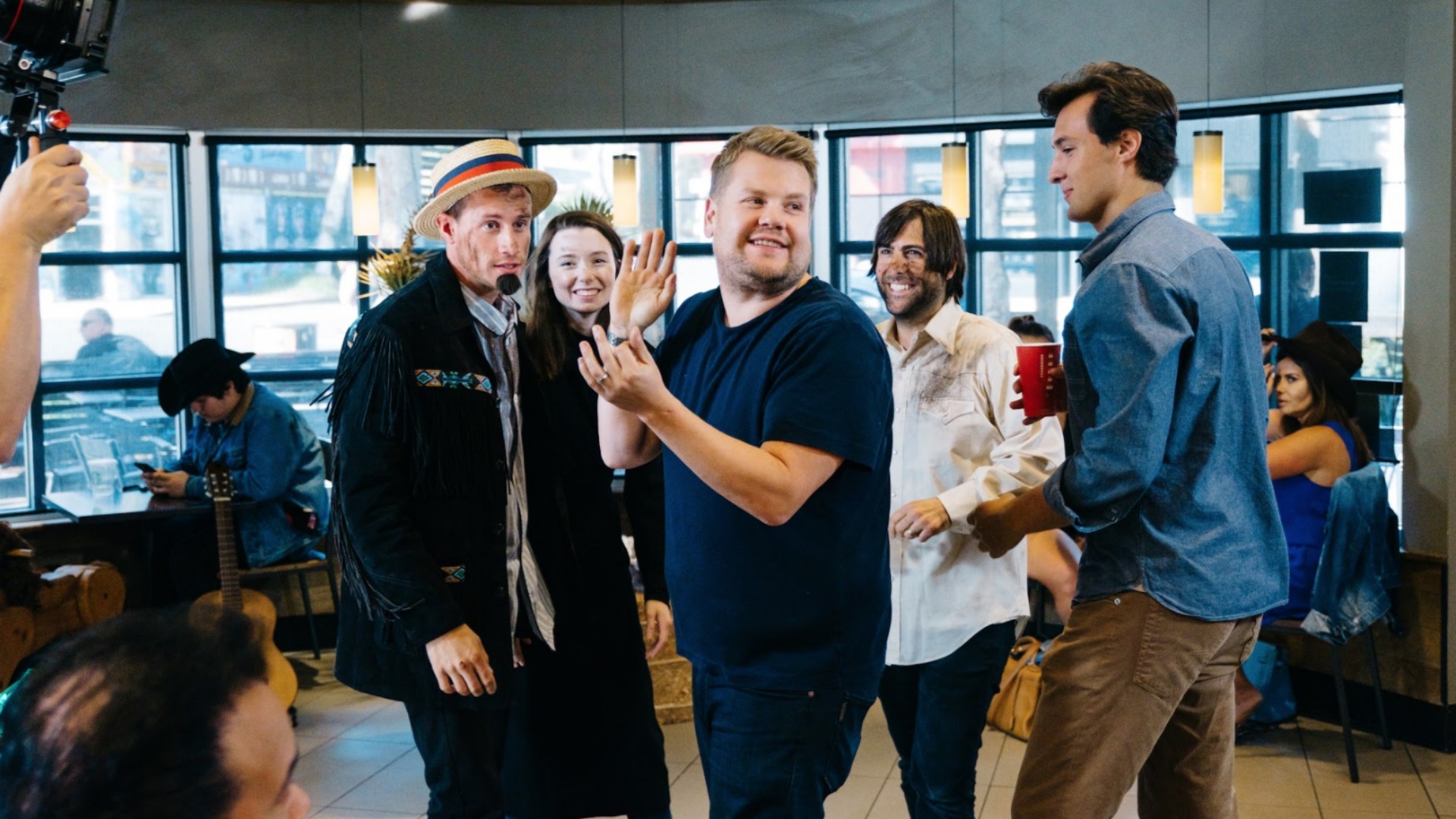 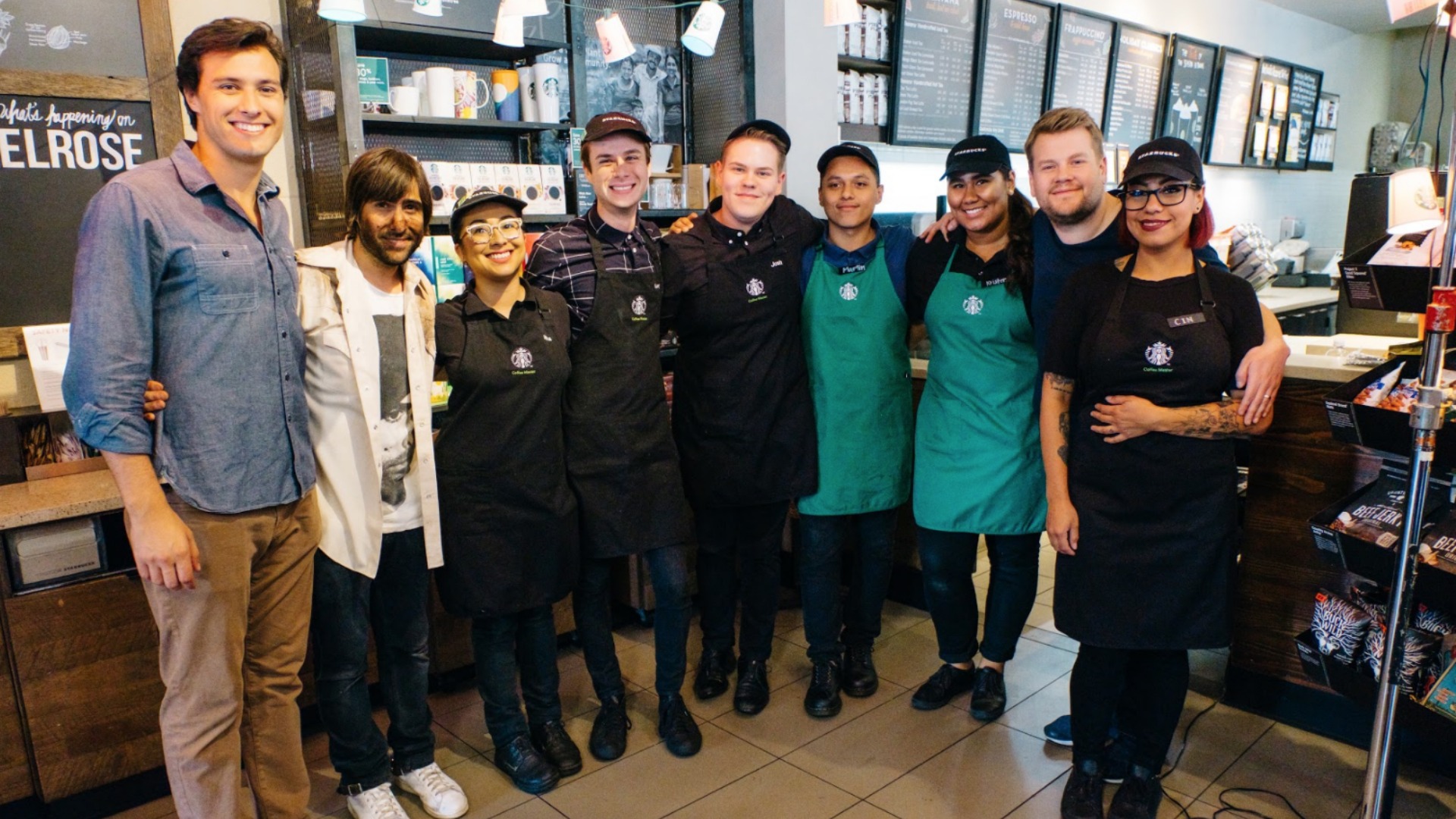 Thank you to the amazing Starbucks crew for putting up with our shenanigans!

Watch The Late Late Show with James Corden weeknights at 12:37 AM/11:37 PM CT on CBS and CBS All Access.