Unauthorized Look Into Late Late Show Behind the Scenes 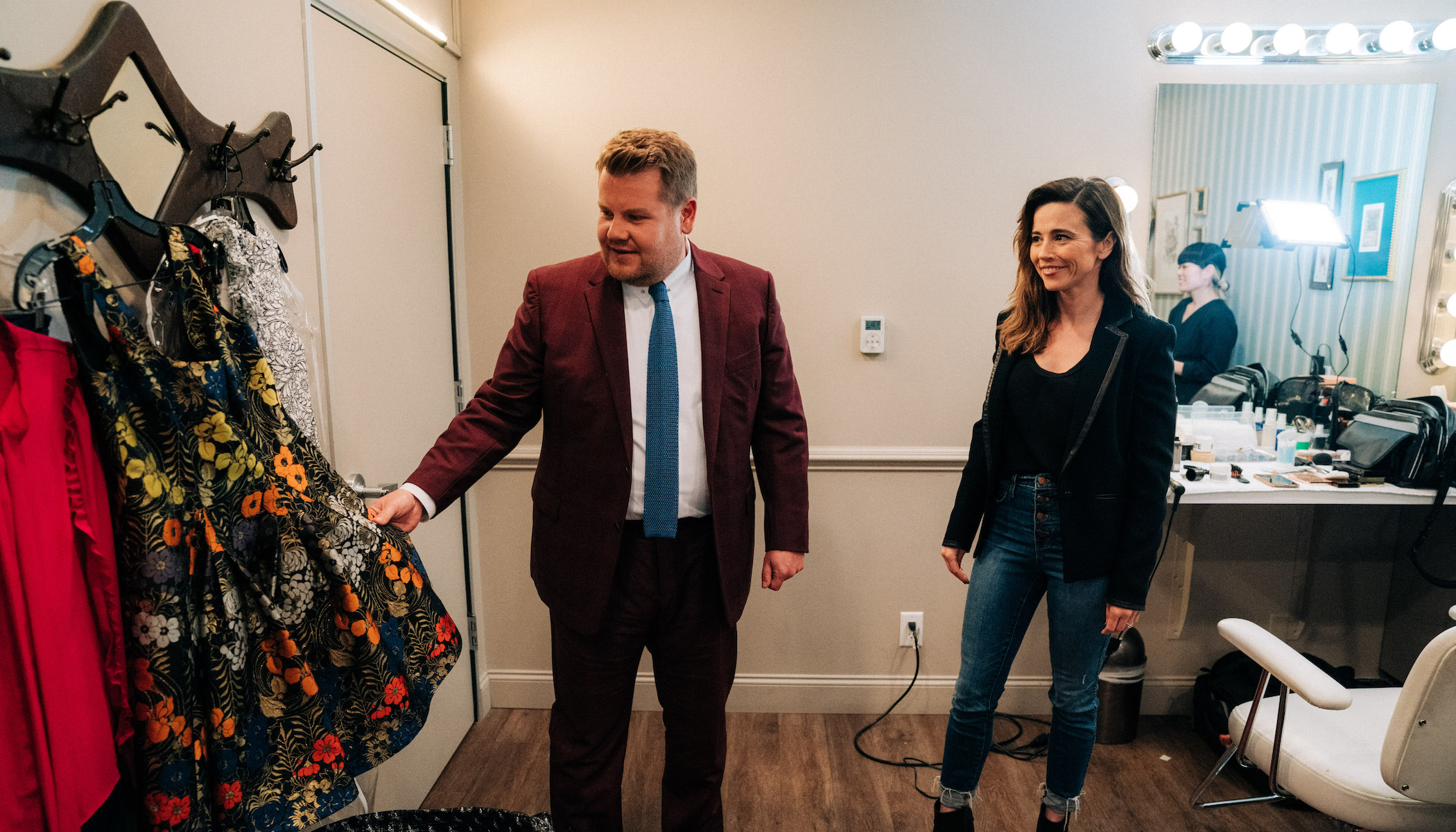 James stops by Linda Cardellini's dressing to do a routine fashion inspection. 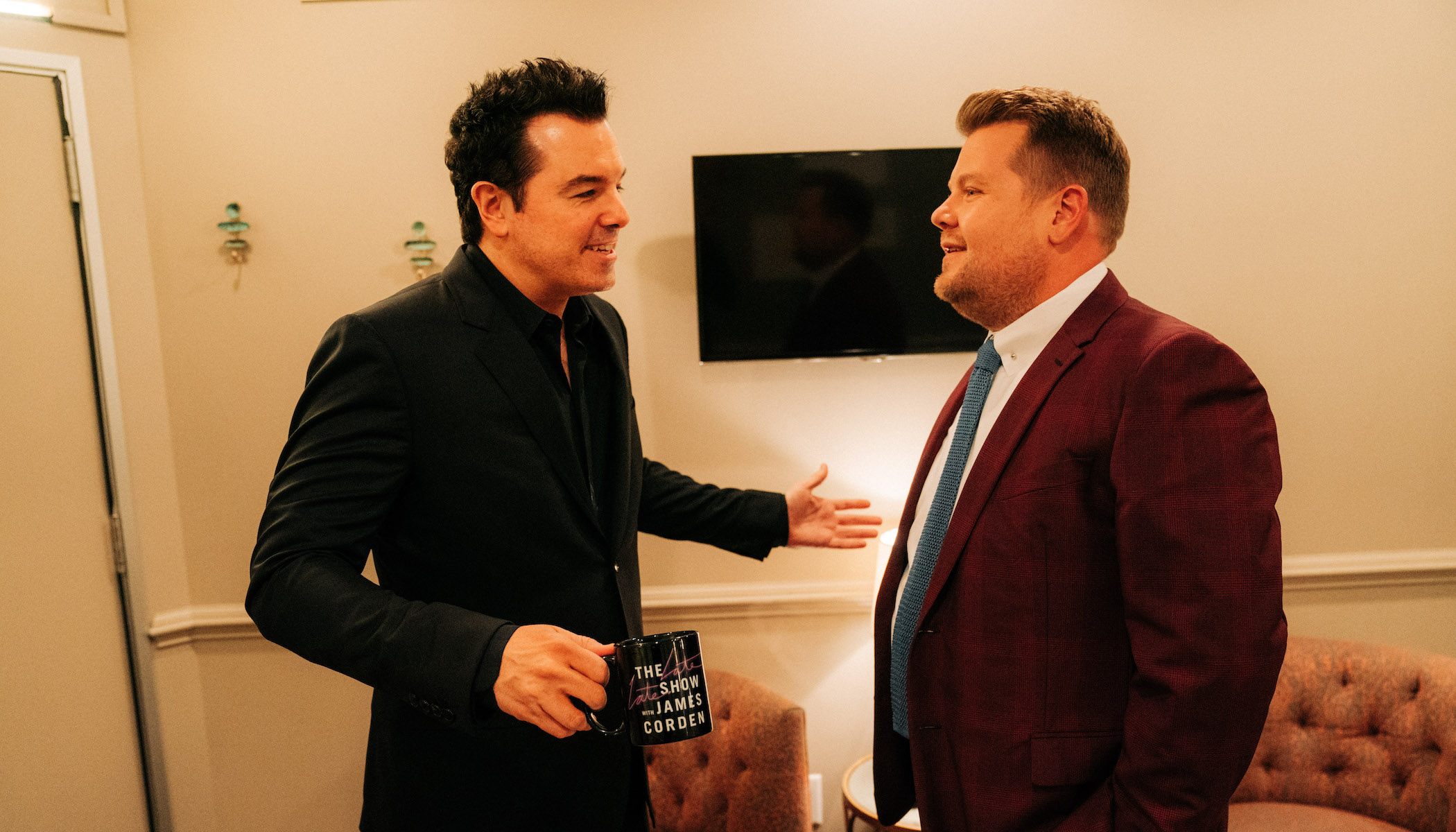 It's Just Not Gonna Happen

James once again pitches to Seth MacFarlane his idea for starring in an “American Dad” remake called “British Dad”. 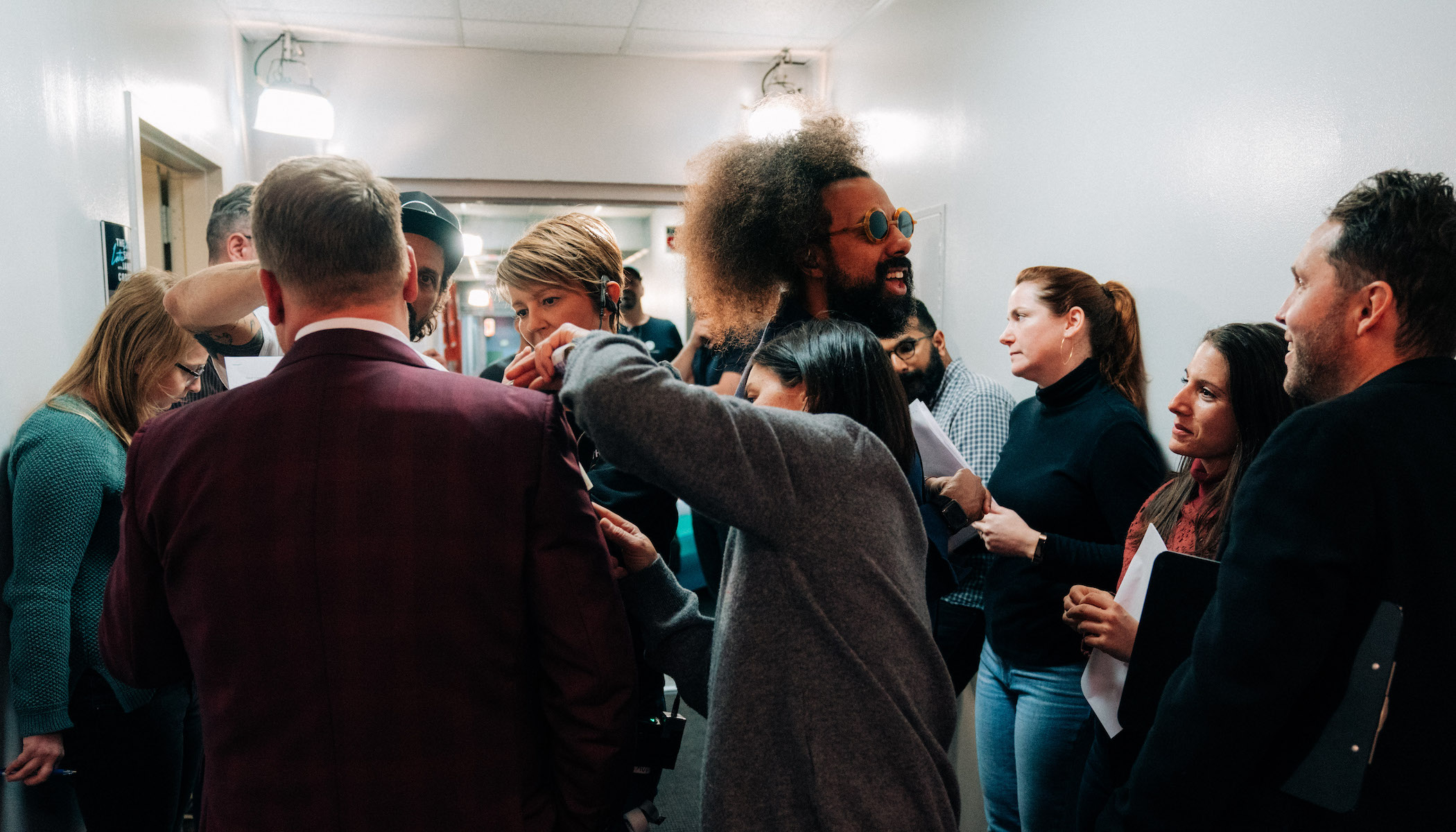 Reggie Watts does his best to literally stay above the pre-show chaos. 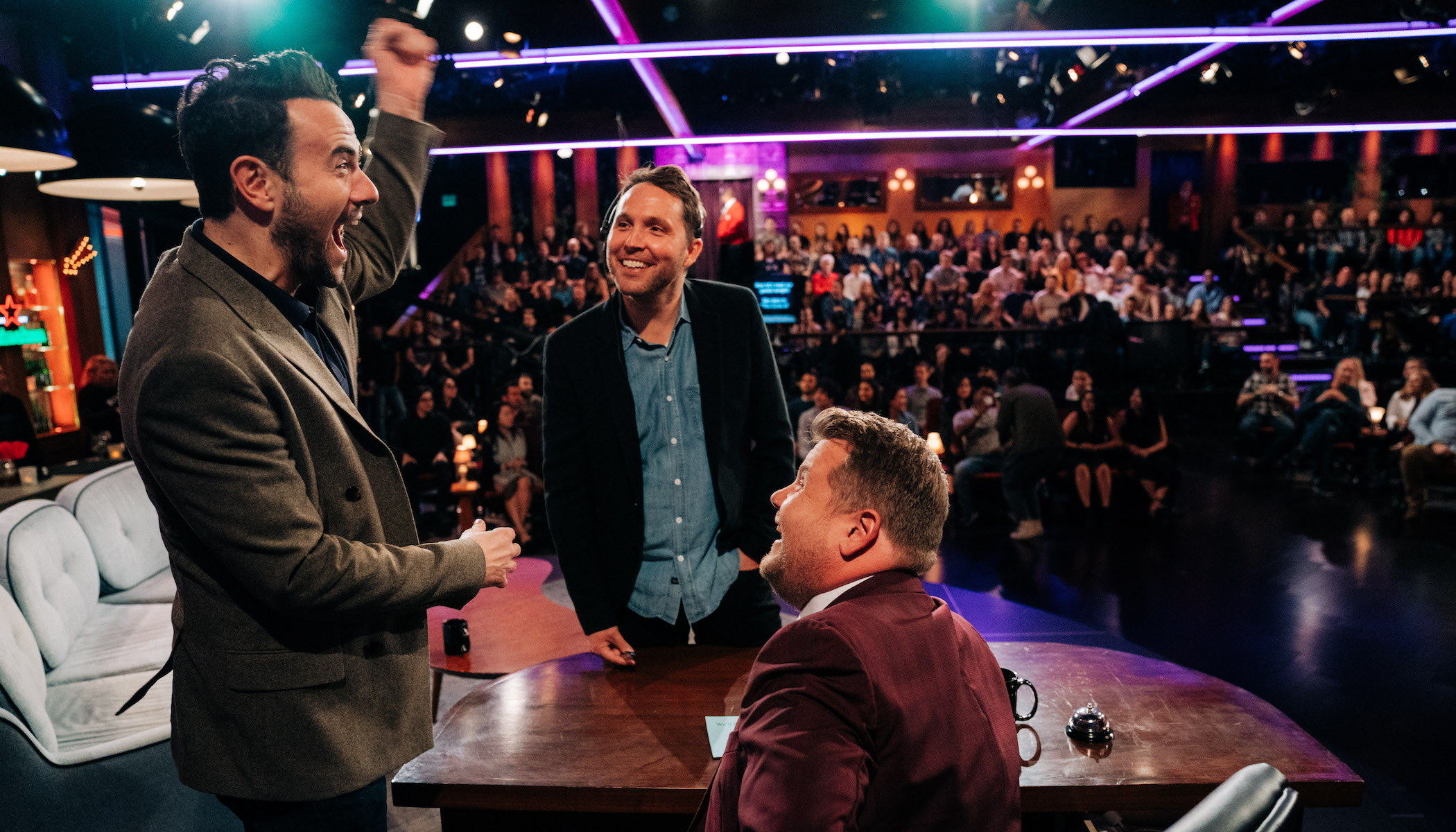 In a Halloween Tradition, Ben Winston tells the story of the movie Psycho

Ben Winston keeps James' spirit up during a commercial break by doing a freestyle new dance.

Ben Winston takes the time to pitch to James the idea about quitting producing to become a train conductor.

Ben Winston demonstrates his "game face" to inspire James before the first guest comes out.

Ben Winston challenges James Corden to a game of "rock paper scissors" during the commercial break.  A game which James doesn't know how to play.

Ben Winston answers the hypothetical question of who would win in a boxing match between him and the sun.

Ben Winston demonstrates the face he wants to make on his new passport.

Ben Winston is asked to remake the face he made when he tried a ghost pepper over the weekend. 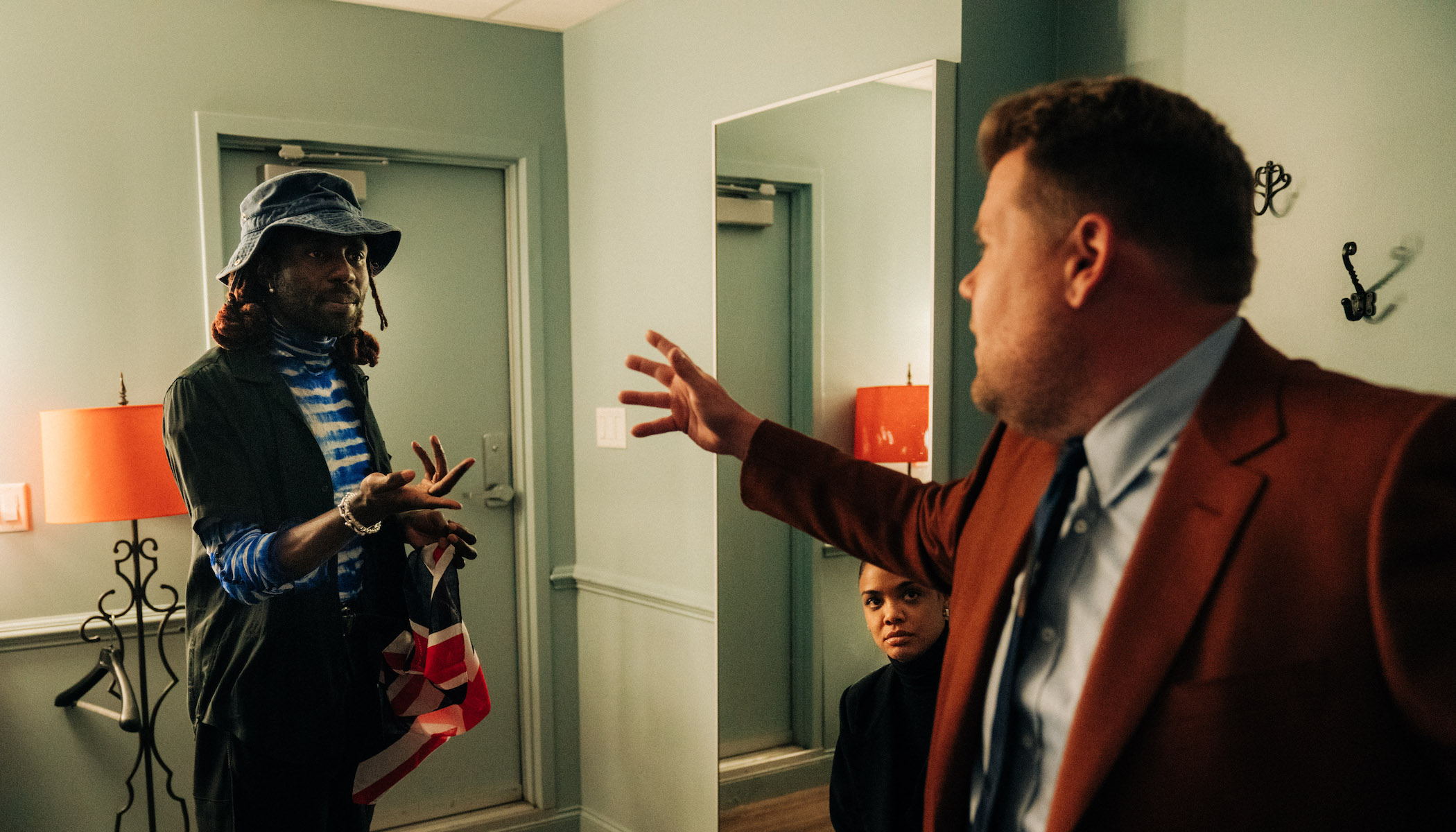 James Corden and Blood Orange both try to remember the secret handshake they had been practicing together for the past two weeks. 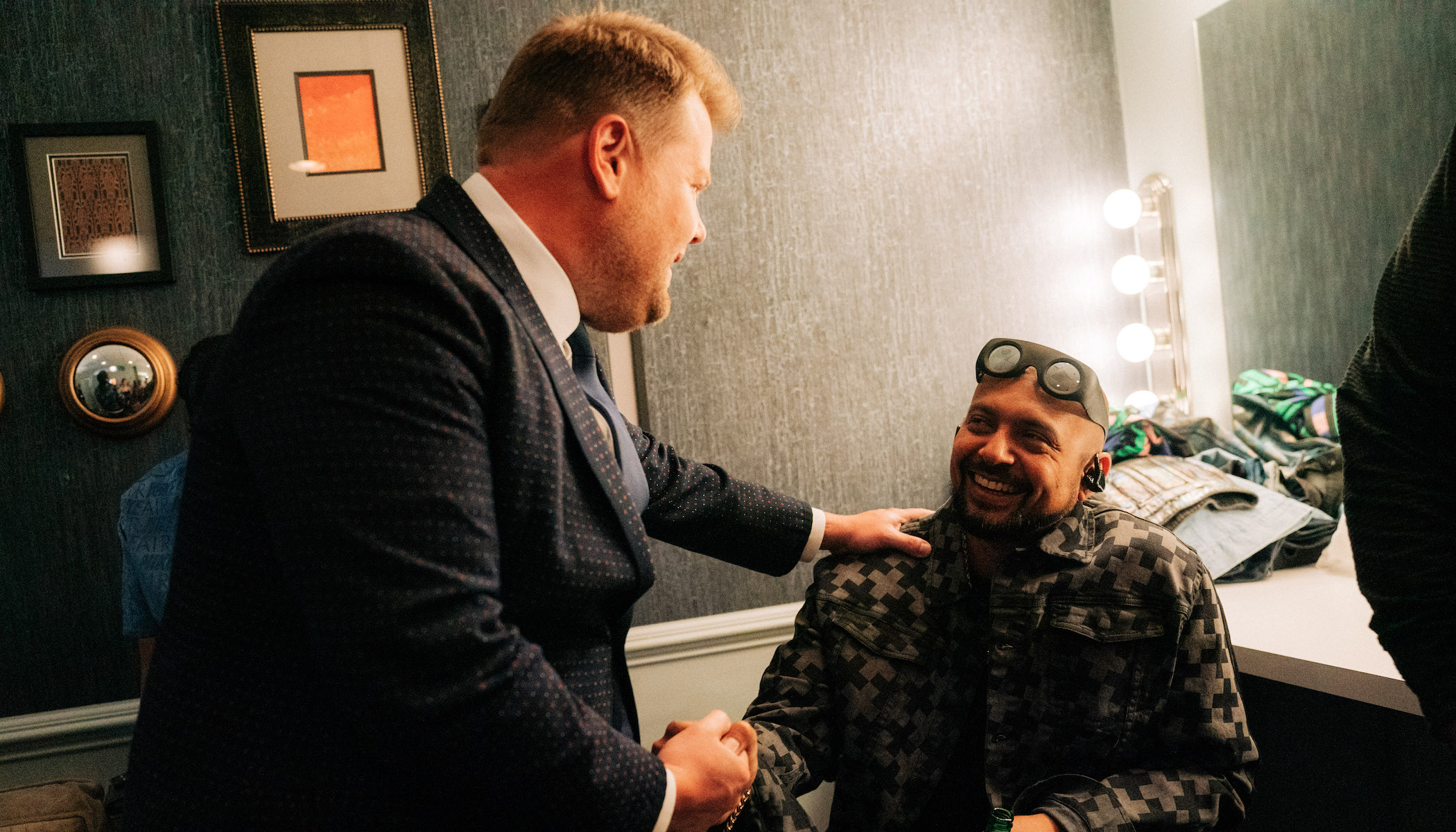 James Corden meets with Sean Paul, and insists... absolutely INSISTS that he not get up.

James Corden meets with Sean Paul before the show to have a competitive thumb wrestling contest - something he does with every musical guest in order to get their spirits up.

James Corden meets with Sean Paul before the show to check if Sean is ticklish, because James is a major tickler. 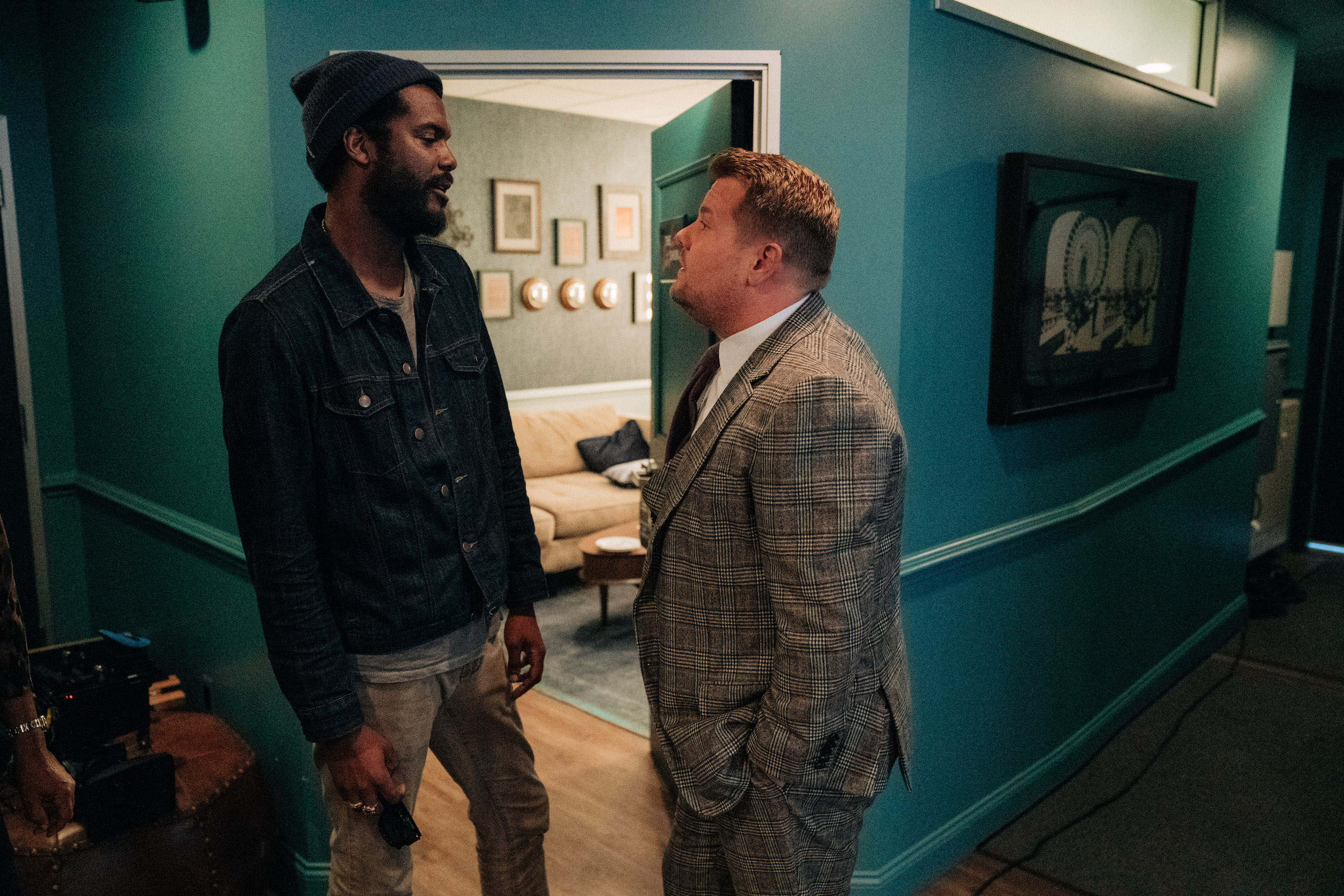 James stops by Gary Clark Jr.'s dressing room before show to challenge him to a "Best-Looking Contest."