Join Us As We Celebrate The Daytime Emmys With A Live Chat On Twitter!

Let’s Make a Deal will celebrate the 42nd Annual Daytime Emmy® Awards with a special live Twitter chat with show keyboardist Cat Gray and director Lenn Goodside on Wednesday, April 22 at 3:00 PM ET / 12:00 PM PT. To join the chat, use the hashtag #LMAD and follow the conversation here.  CBS leads the 2015 Daytime Emmy nominations with 62 nods, which is more than any other network. Let’s Make a Deal received two nominations, including one for Outstanding Game Show. 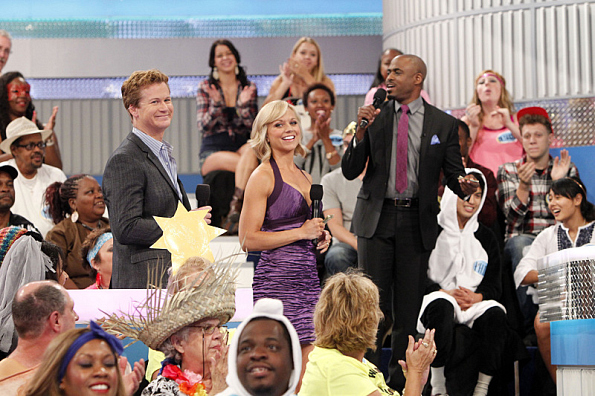 CBS Daytime, which features a balance of dramas, game shows and talk, has been #1 in its timeslot for 28 consecutive years. CBS's daytime lineup includes network television’s #1-rated daytime program and longest-running game show, The Price Is Right, the #1 daytime drama, The Young and the Restless, daytime talk show The Talk, as well as The Bold and The Beautiful and Let’s Make a Deal.