First Look: Ain't Nothin' But Love On The Season Finale Of Life In Pieces 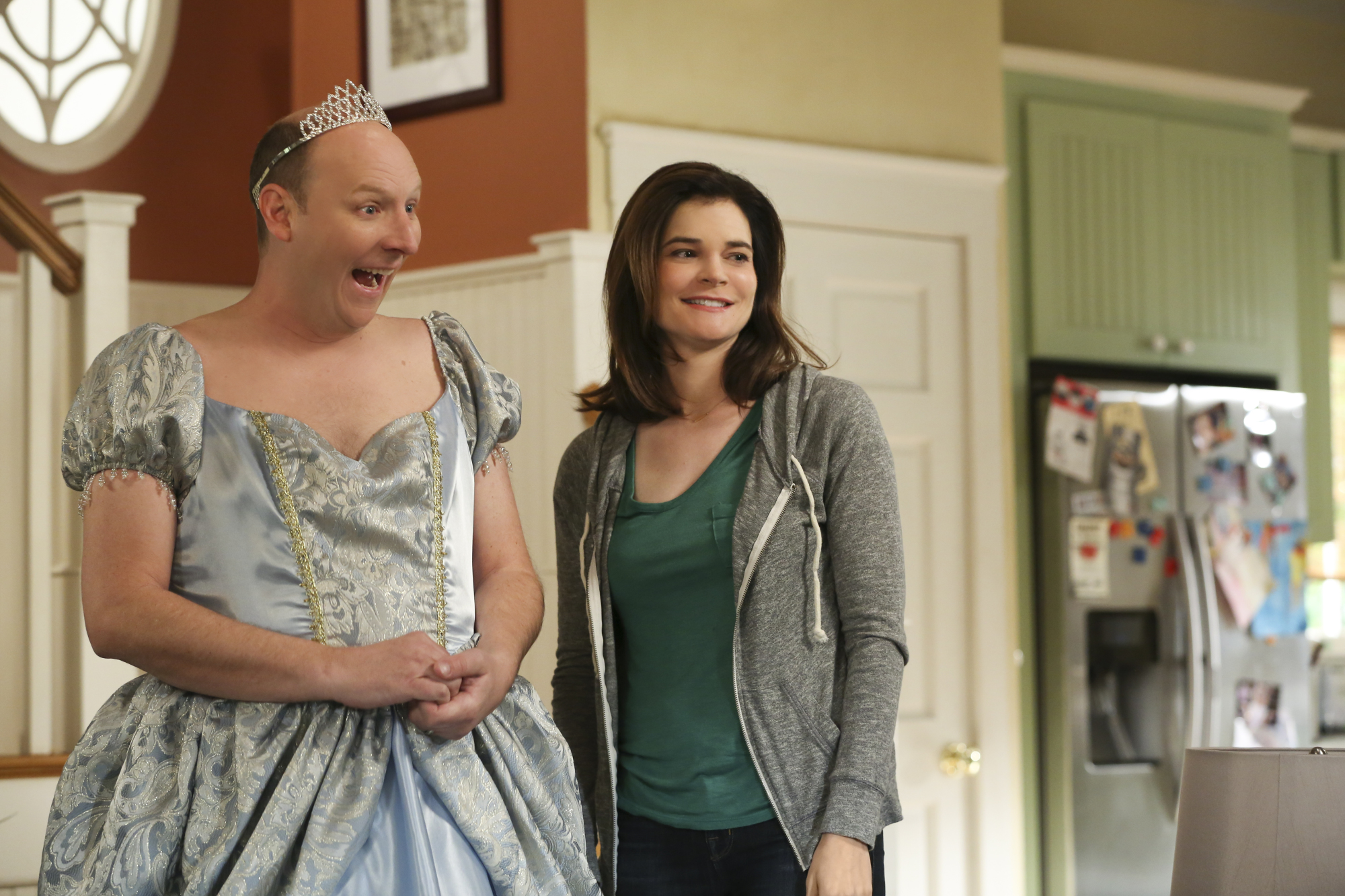 Tim is a pretty princess and isn't afraid who knows it.

In the episode entitled "Cinderella Fantasy Prom Dougie," Tim refuses to take off his Cinderella dress during March Madness because he thinks it's good luck for his alma mater. At the same time, Greg fantasizes about what to write in a birthday card for his boss, Tyler goes to prom, and Jen sets Matt up on an interesting blind date with her coworker, Dougie (played by Fortune Feimster).

Then, in the following episode entitled "CryTunes Divorce Tablet Ring," John and Joan reveal a secret they've been keeping from their kids for 35 years. Plus, Greg quits his job, Heather and Tim try to make up for missing a big event at Samantha's school, and Matt's big announcement keeps getting one-upped by other family members.

Watch both episodes when they run back-to-back as part of the one-hour Life In Pieces season finale on Thursday, March 31 at 8:30/7:30c.

Tim's ball gown isn't the only exciting happening for Heather, Samantha, and John. 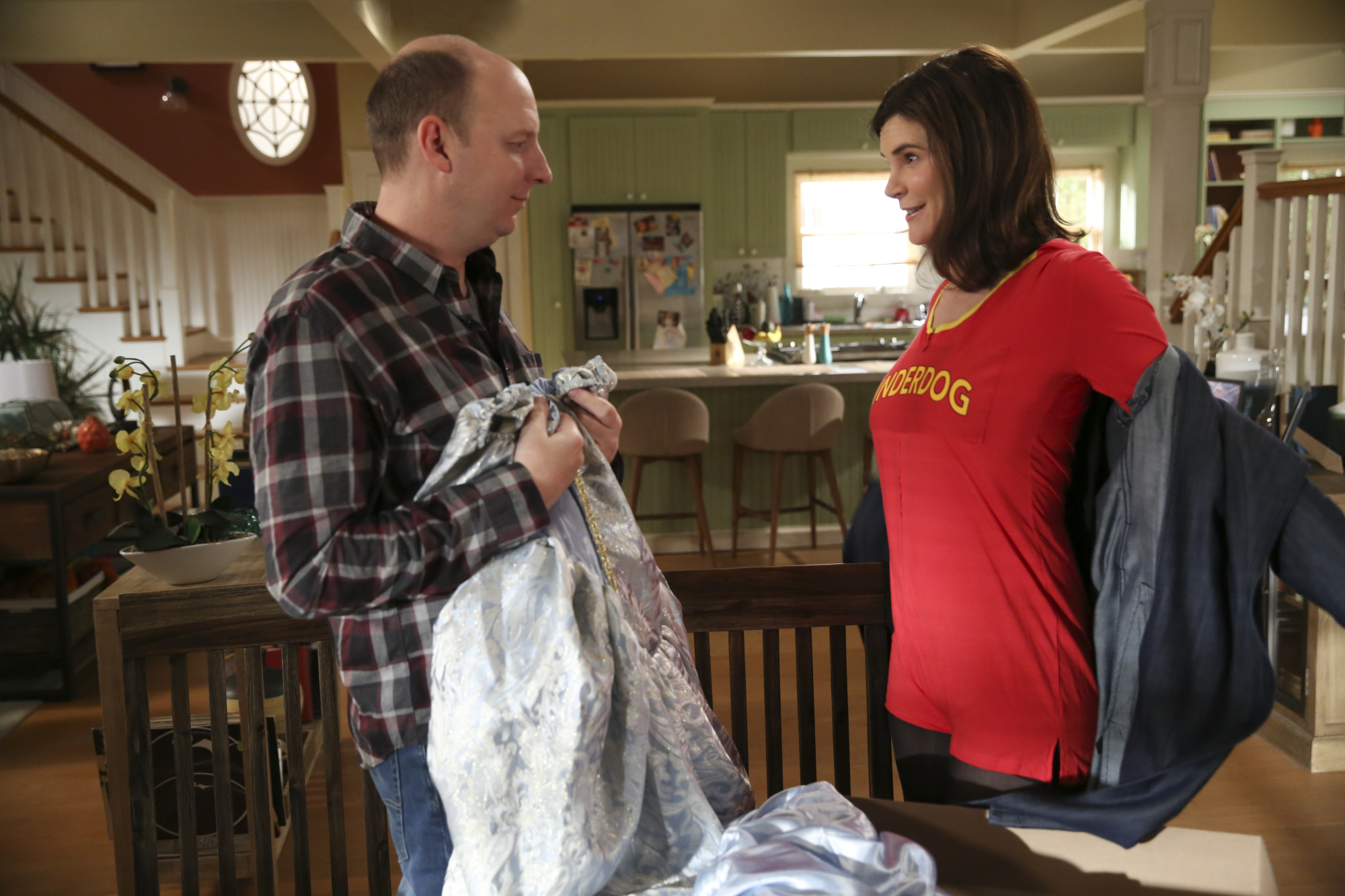 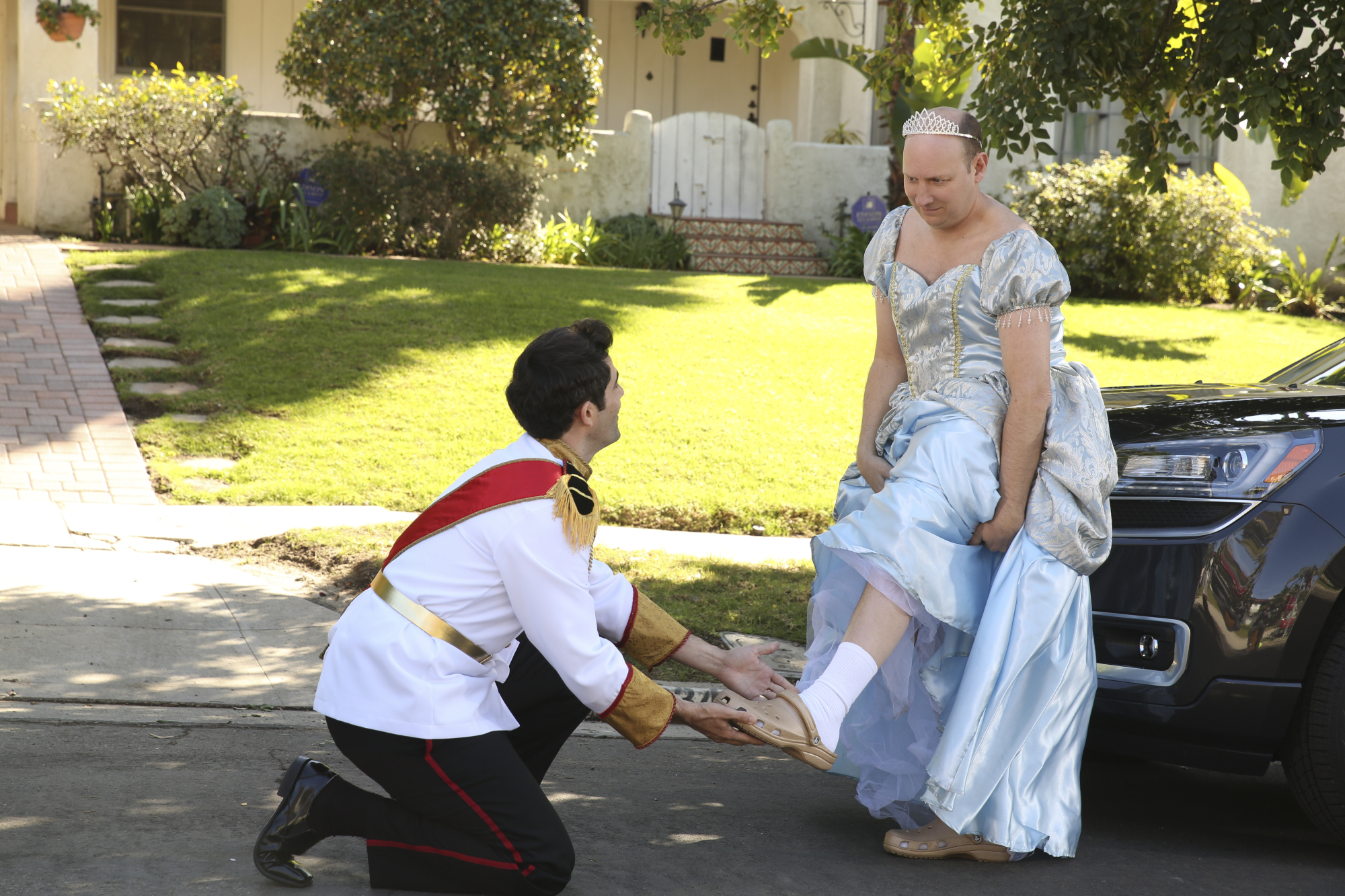 Tim opts for plastic clogs instead of stilettos under his fancy dress. 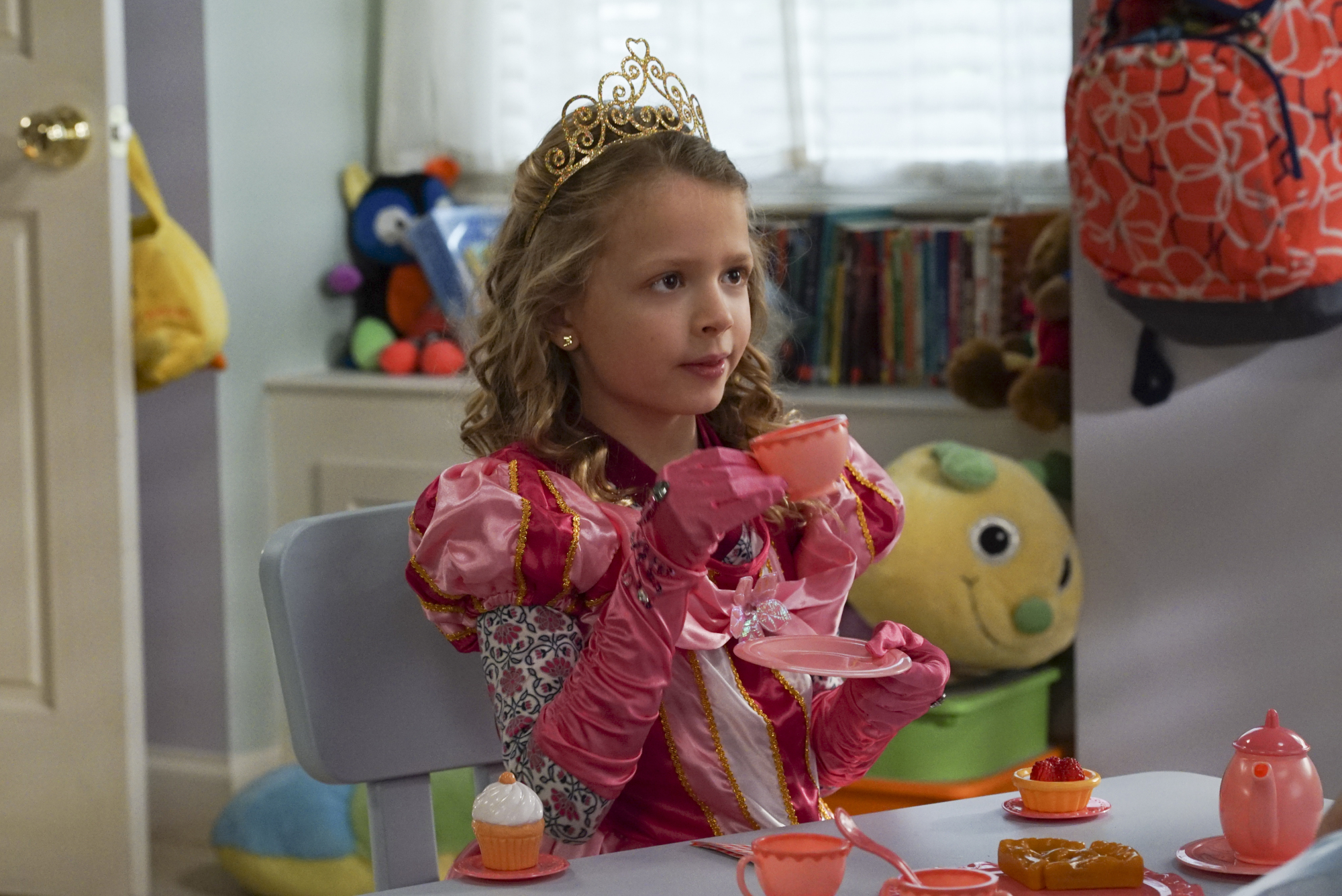 Sophia takes after her dad in the princess department. 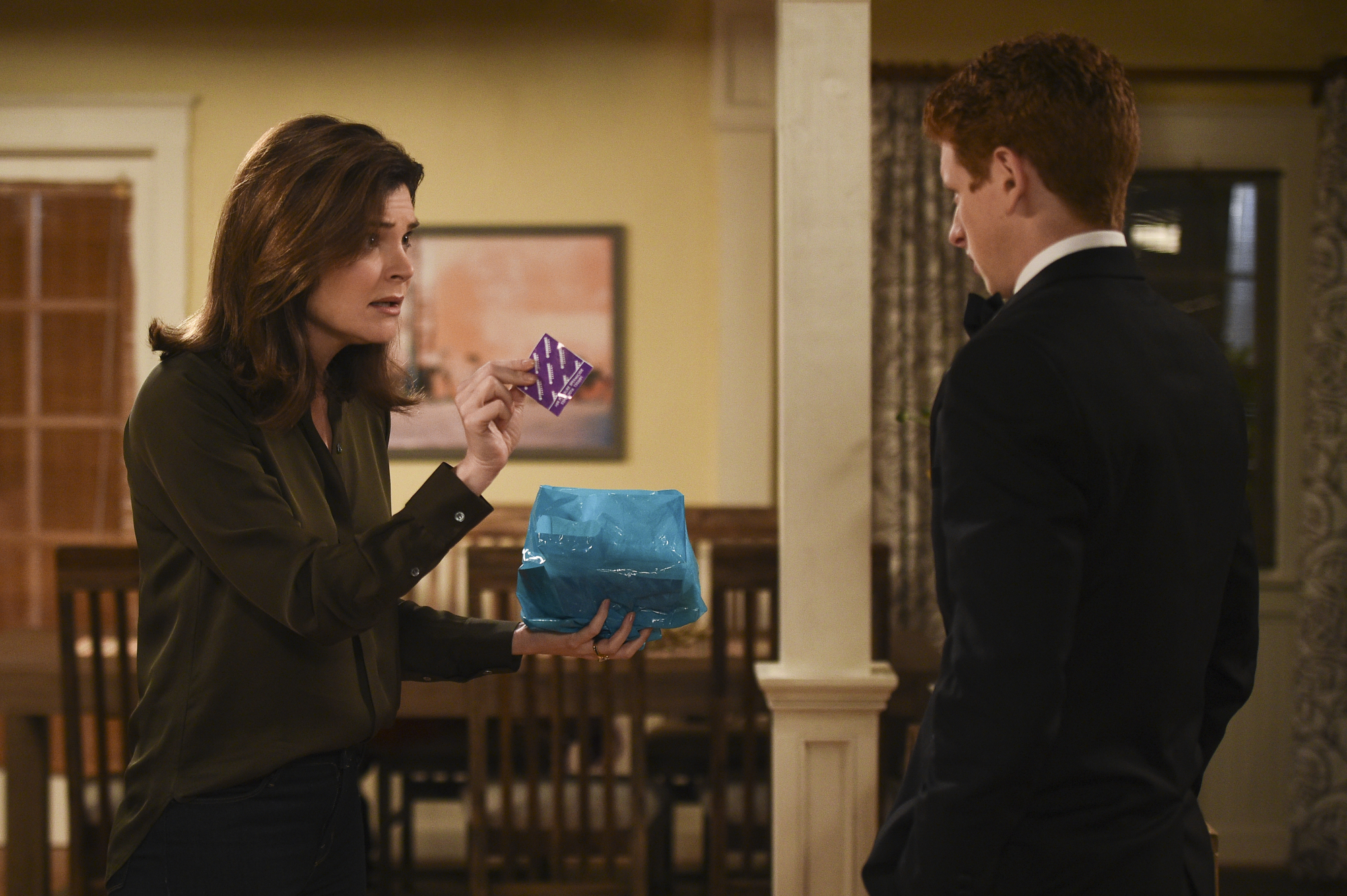 Heather wants Tyler to be prepared for whatever may—or may not—happen at prom. 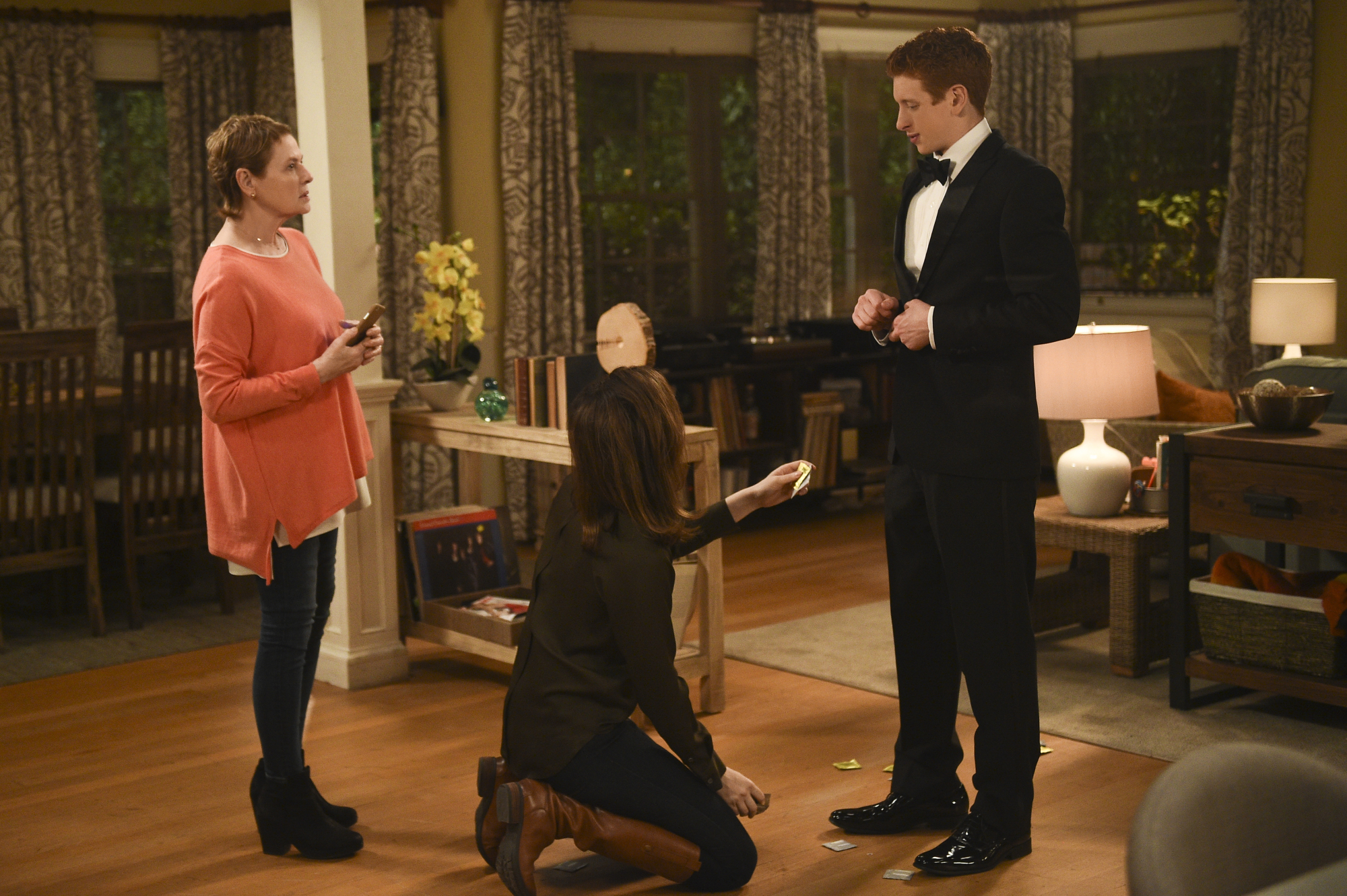 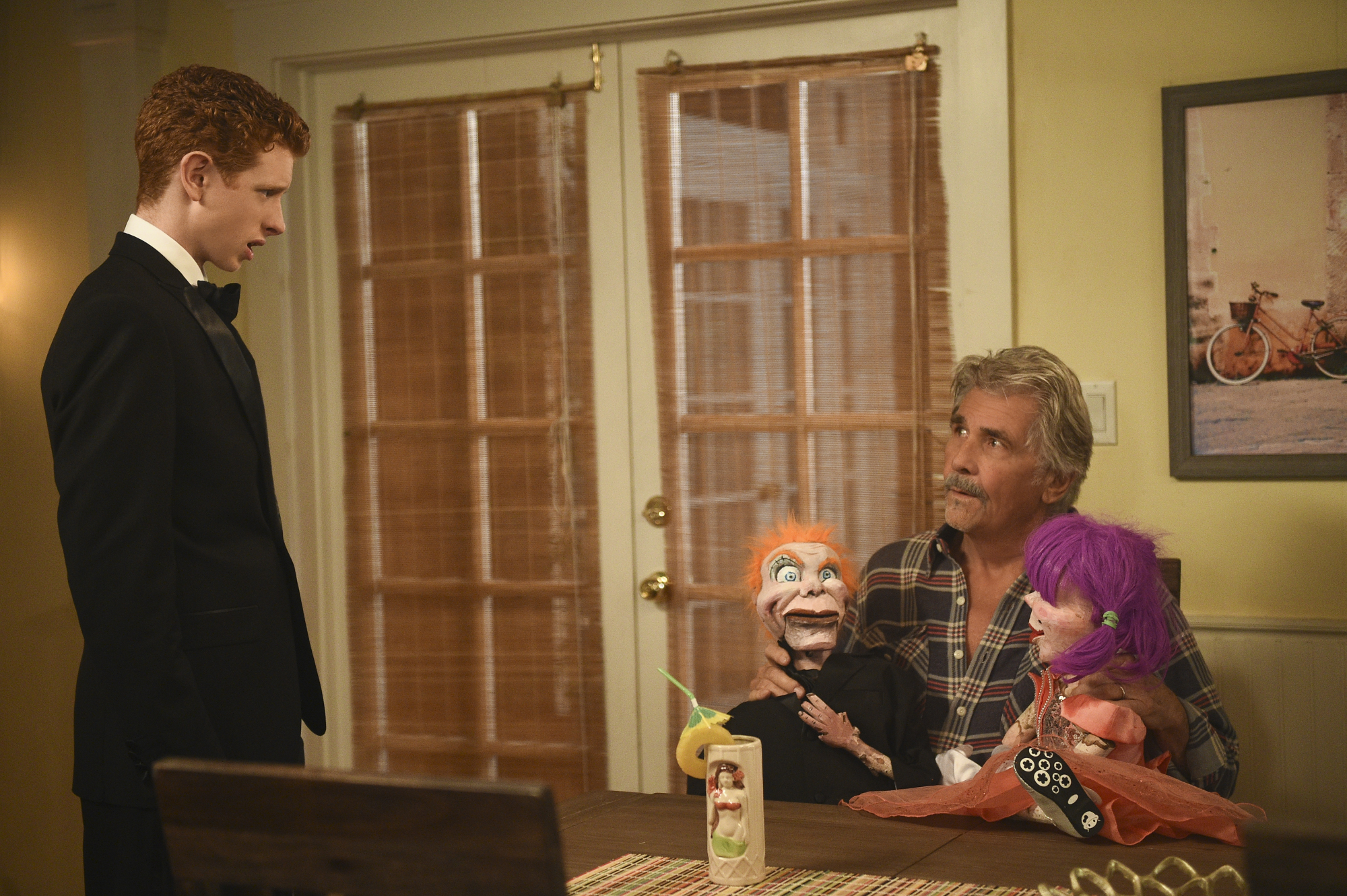 Tyler has an awkward conversation with John and his creepy puppets. 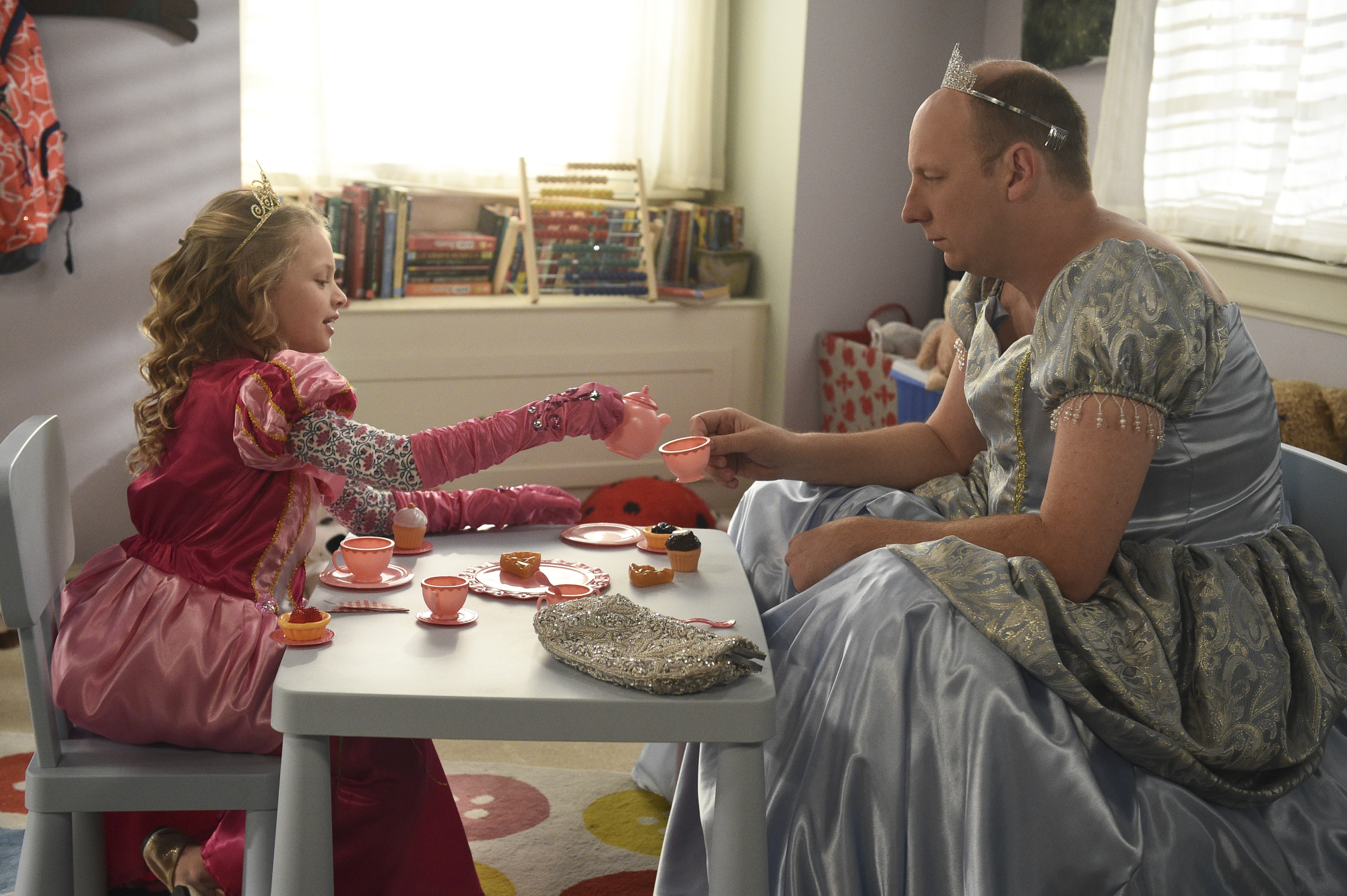 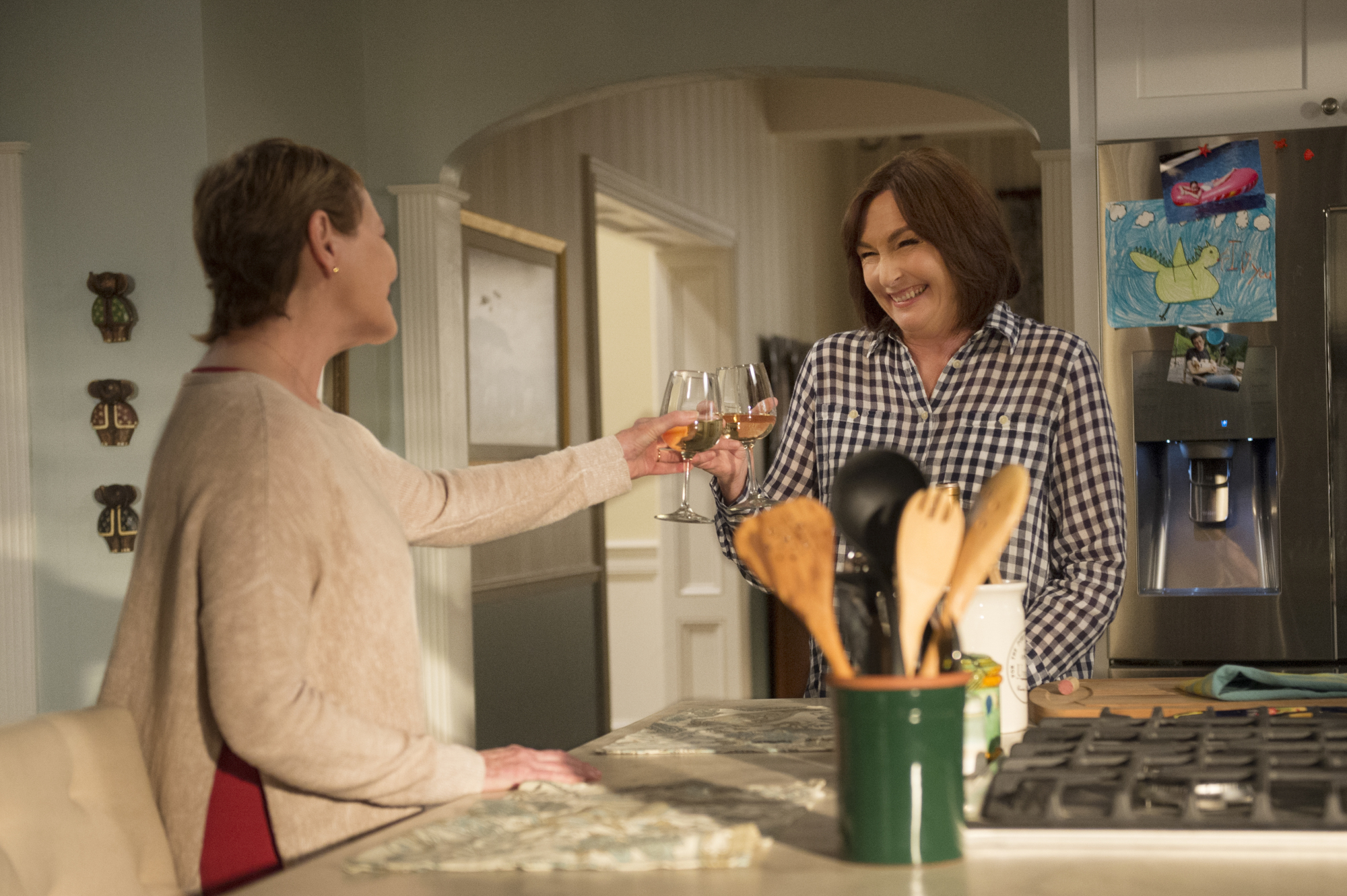 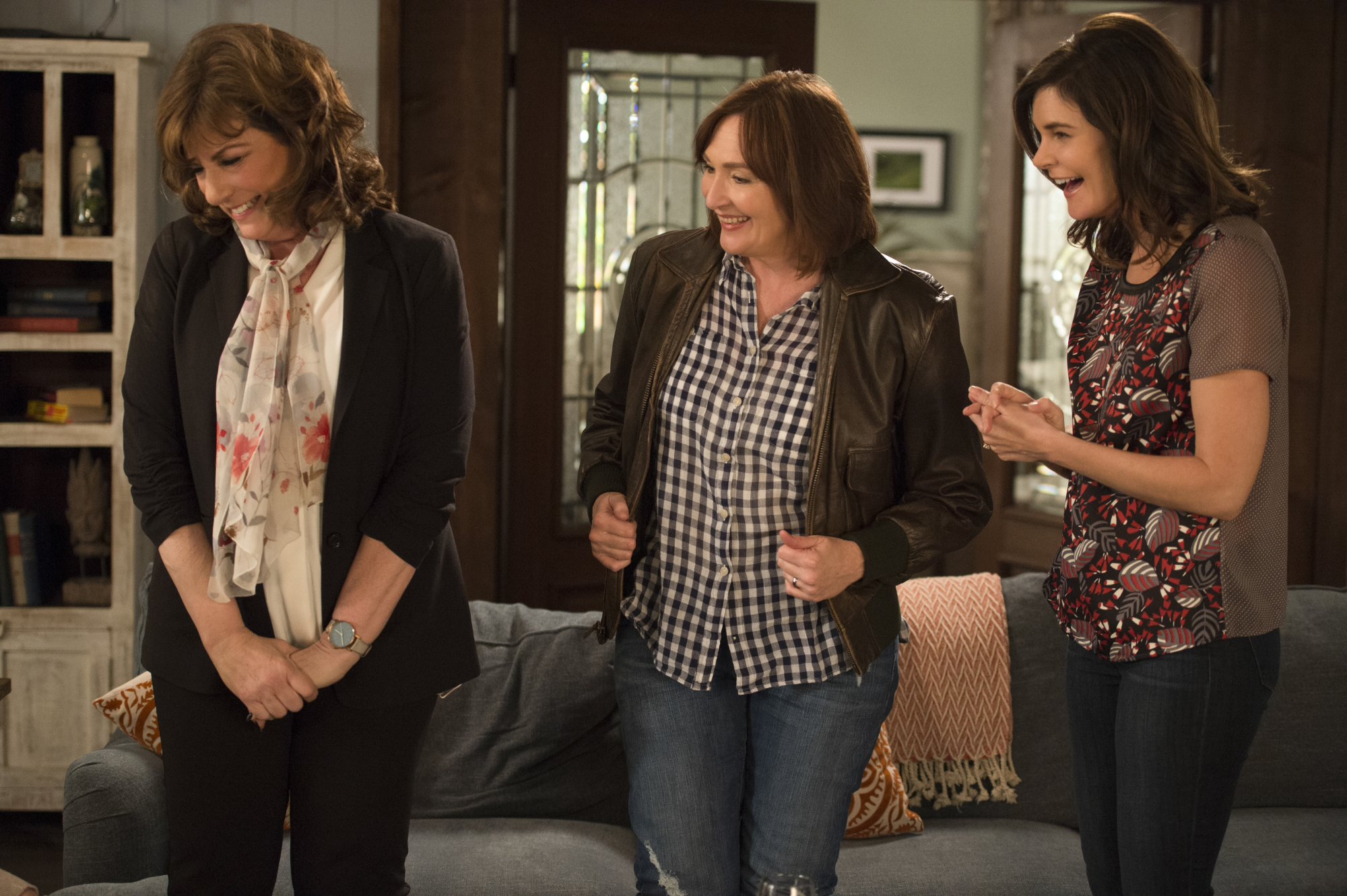 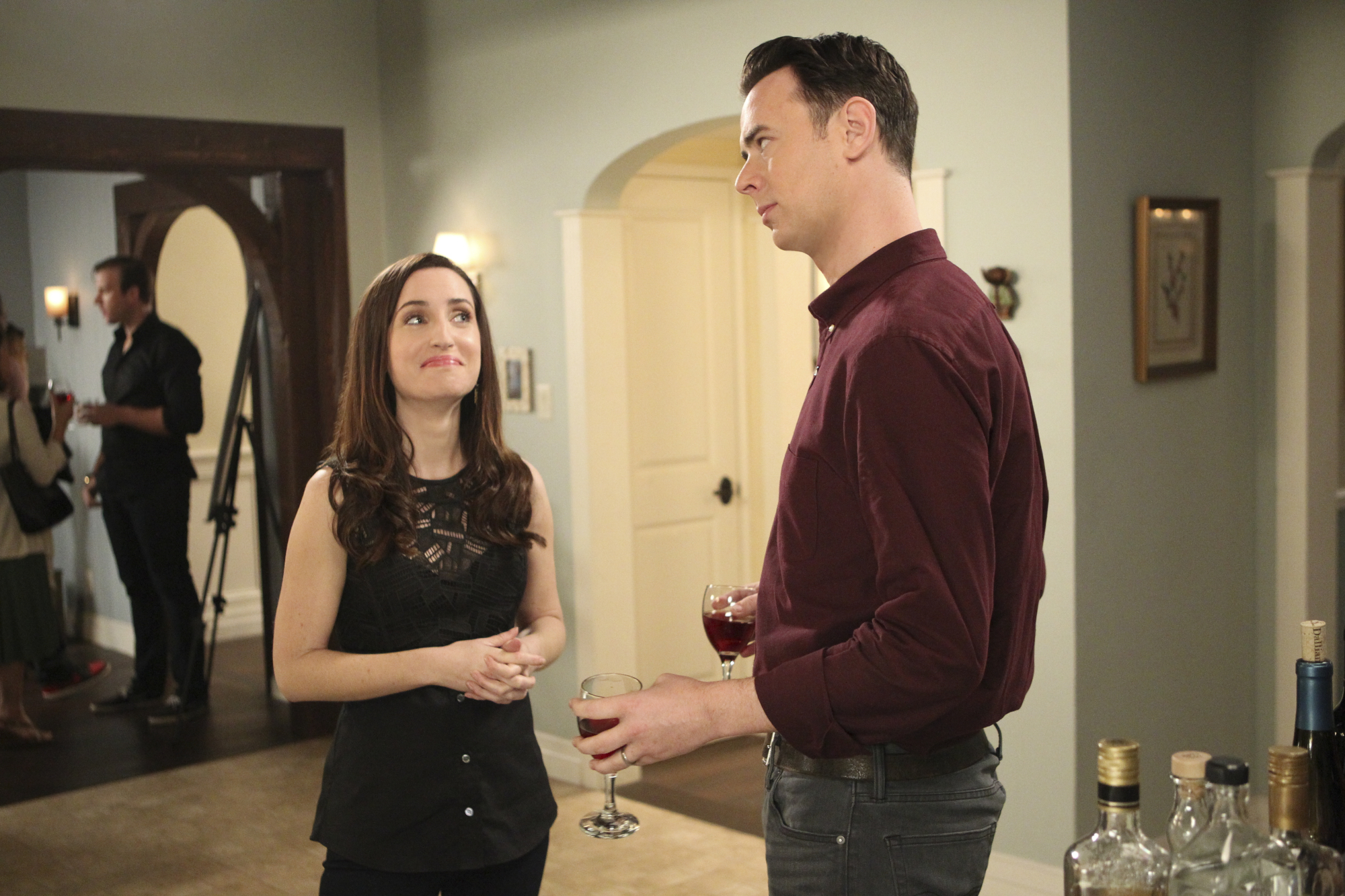 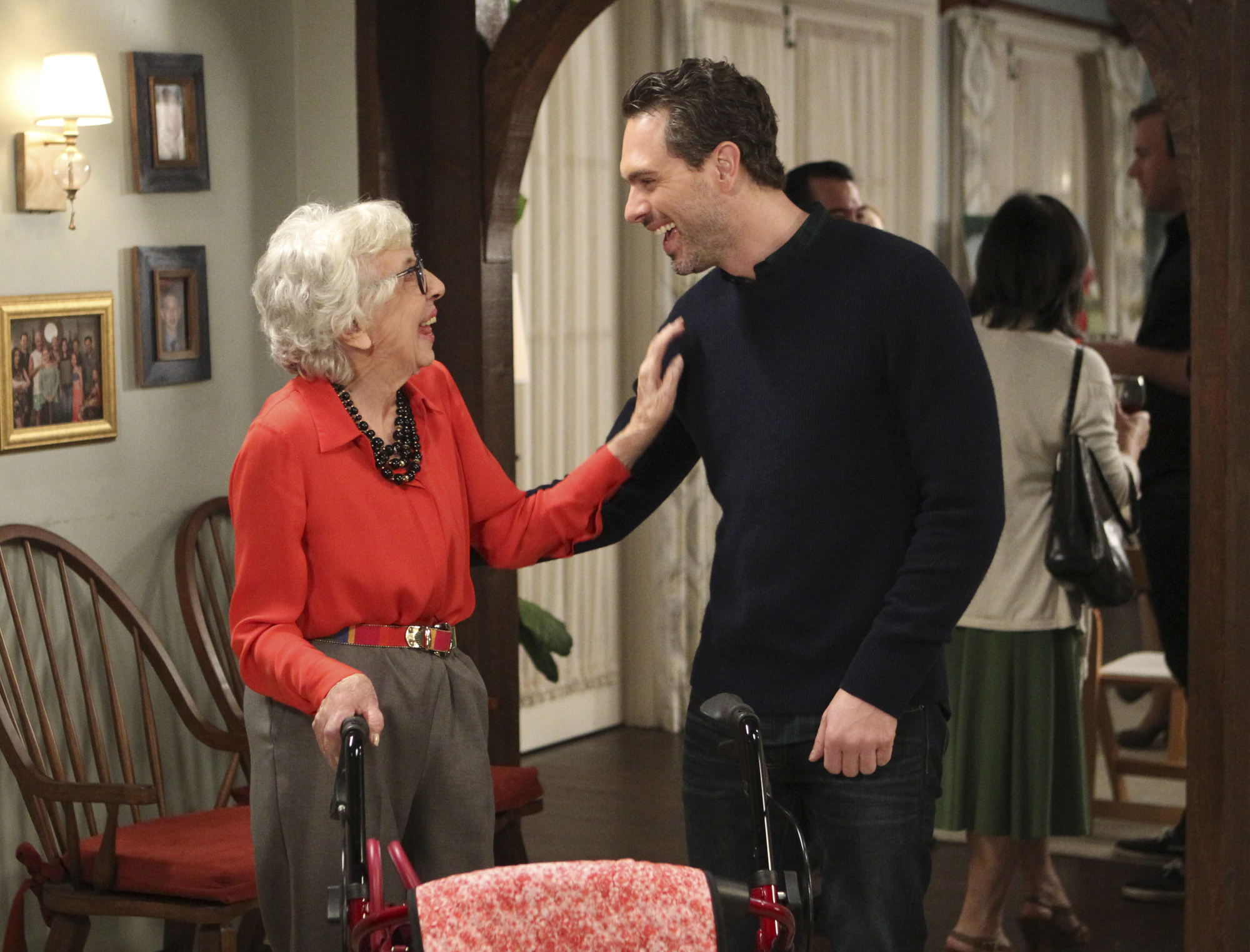 Matt shares a laugh with his grandmother at one of the Short's famous family get-togethers.