Sure, It Might Be Impossible To Live EXACTLY By The Bible, But He's Gonna Try

Here's what to expect from the premiere episode of "Living Biblically."

In the premiere episode of the new CBS comedy series Living Biblically, which airs on Monday, Feb. 26 at 9:30/8:30c on CBS and CBS All Access, Chip Curry (Jay R. Ferguson) is going to have a revelation.

READ: How To Watch Living Biblically​

Preparing to have a baby with his wife Leslie (Lindsey Kraft) and also dealing with the recent death of his best friend, this New York newspaper film critic could use some guidance. He'll realize there's a path laid out in the Bible, and he'll take it. Literally.

If you think living strictly in accordance with the Bible will present some challenges for a modern man, you're absolutely right. 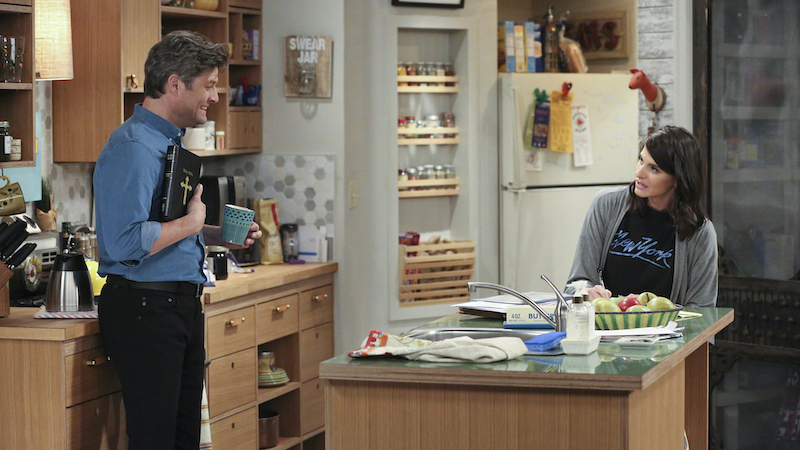 WATCH: A Sneak Peek Of Chip With His God Squad

And Chip's work life will also face some complications, but at least he'll get a hand there from his friend Vince (Tony Rock) and encouragement from his boss, Ms. Meadows (Camryn Manheim).

WATCH: A Sneak Peek Of Chip Getting A Unique New Work Opportunity