Forget mixing fabrics—living without devices is the true challenge for Chip Curry.

On an all-new episode of Living Biblically entitled "False Idols"—which airs on Monday, Mar. 5 at 9:30/8:30c on CBS and CBS All Access—Chip Curry (Jay R. Ferguson) gets another taste of just how challenging living by the Good Book can be.

Check out the video above for a sneak peek at the coming episode.

STREAM: Full Episodes Of Living Biblically On CBS All Access

When Chip's "God Squad," Father Gene (Ian Gomez) and Rabbi Gil (David Krumholtz) point out that Chip's addiction to his devices is basically the same as worshipping a false idol, Chip has to cut out his screen time.

Unfortunately, in a modern world where people expect everyone to be on the grid at all times, Chip's rejection of his smartphone causes his wife, Leslie (Lindsey Kraft), and co-workers Vince (Tony Rock), Cheryl (Sara Gilbert), and Ms. Meadows (Camryn Manheim) to worry about his whereabouts.

READ: How To Watch Living Biblically 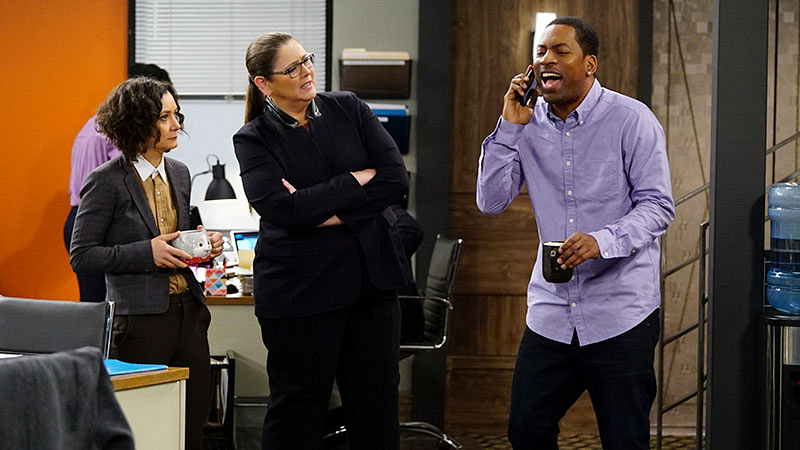 Will Chip be able to minimize his "worship" of technology?