He's a man on a mission: to make us laugh every Monday at 9:30/8:30c on CBS and CBS All Access!
Fans of the new CBS comedy Living Biblically are quickly falling for the charm and humor of Jay R. Ferguson.

WATCH: Living Biblically Will Restore Your Faith In Family Comedy​

Jay stars as Chip Curry, a modern-day man at a crossroads in his life. The character is a film critic for a newspaper in New York and a soon-to-be father. After the loss of his best friend, he decides to make a few changes, and puts his slightly obsessive temperament to work when he decides to live fully by the Bible.

You can follow Chip's journey on Mondays at 9:30/8:30c on CBS and CBS All Access. But what about the path that lead Jay to his newest role? Here's what you should know about this leading man ...

He's not afraid to roll up his sleeves.
Growing up, this Texas native used to make money by mowing lawns in the blazing summer heat—while listening to cassette tapes to pass the time. The temperatures would get so bad, he had to start at 6am to beat the heat. 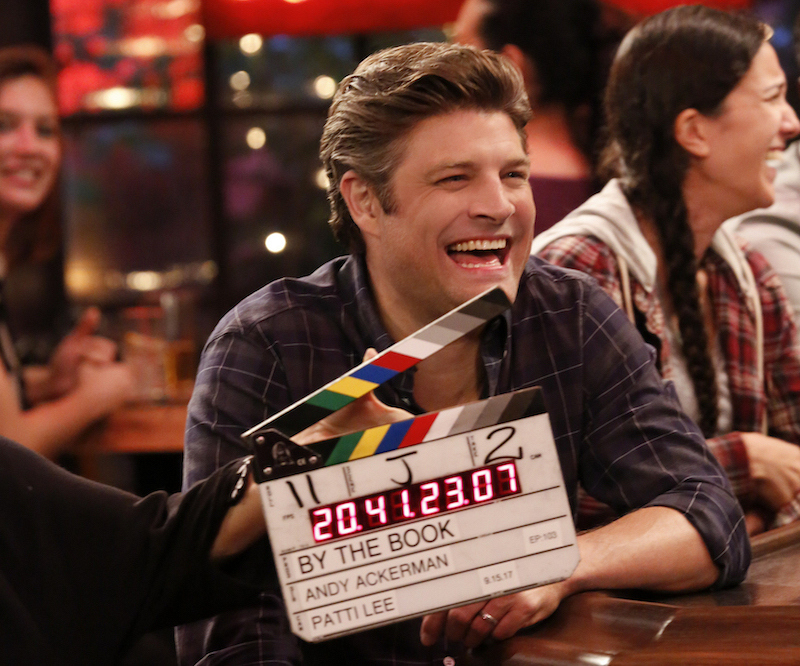 He's been entertaining people his whole life.
After being a self-described "class clown," Jay moved to Los Angeles when he was seven and starred in the TV adaption of the feature film The Outsiders when he was 14.

He has "deep South, Southern Baptist" roots.
Jay's formative years were in a family that was Southern Baptist on both sides, making it seamless to work on a show with its own ties to the Bible. And before Living Biblically, Jay was on another sitcom that touched on Catholicism: The Real O'Neals.

These friends go way back!
Jay went to the 1992 MTV Video Music Awards with Sara Gilbert, who plays a recurring character on Living Biblically (in addition to being a host on The Talk).

At the time, Sara Gilbert was on Roseanne—as was Johnny Galecki, who is an Executive Producer on Living Biblically (and currently stars on another hit CBS comedy, The Big Bang Theory). 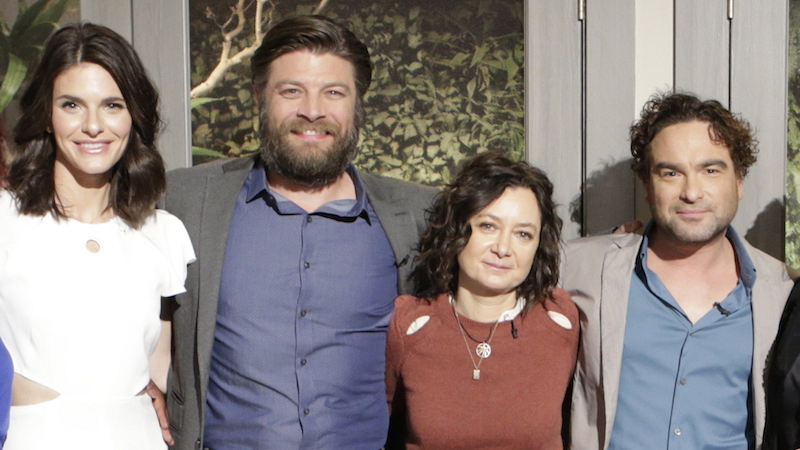 He's a family man.
Jay is married and has three kids.

He's been part of the CBS family for a long time.
Jay was on CBS with the comedy Evening Shade, where he was cast to be the eldest son of Burt Reynold's character.

The man knows how to rock a beard...
Jay may be best known for his portrayal of Stan Rizzo on Mad Men, where he picked up multiple SAG Award nominations and sported some impressive facial hair. Who knows, maybe that scruff could come in handy later on Living Biblically!

...but he's always been able to pull off the clean-cut look.
Jay was a regular in teen heartthrob magazines in the '90s!

Acting runs in the family.
Jay's mom, Bobbie Ferguson, has worked as an actress for many years. She's also been a NASA spokesperson and worked for the Department of Homeland Security.

READ: How To Watch Living Biblically

How 'bout them Cowboys?
Being from Texas, it's natural that Jay's a huge Cowboys fan. In addition to football, he also likes watching golf.