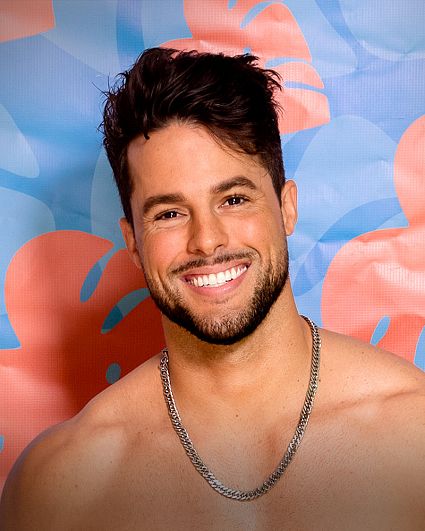 George grew up in a small town and attended a private Catholic school where he focused on football, which eventually led to a college scholarship. However, after his first year playing ball, he burnt out and decided to pursue modeling. George doesn't like the negative stereotypes that come with being a model, so he's had trouble dating, which is why he hopes to find love in Fiji and prove to the girls that he's more than just a pretty face.

- His stepfather races in Formula 1, so George grew up racing cars. In fact, his brother was on the professional level and won nationals three times!
- George's first (and only) "real" relationship lasted three years. She cheated on him while on a modeling trip and it broke his heart.
- He's American and French Canadian.
- George's life motto is, "Try not to become a man of success. Become a man of value."