Lucas Till Picks Some Of MacGyver's Most Brilliant Hacks

The star of the CBS action-adventure show shares memories from some of the series' wildest episodes, available to stream on CBS All Access.
On CBS' MacGyver, lead character Angus MacGyver (Lucas Till) is often required to save the day with a knocked-together contraption that leverages his extensive knowledge of physics and chemistry.

But some solutions are a bit more off-the-wall than others—or must be conceived under extremely stressful circumstances.

Till took a moment to share memories from filming some of the most difficult situations Mac has found himself in—and the ingenious hacks he devised to get the team out of hot water. 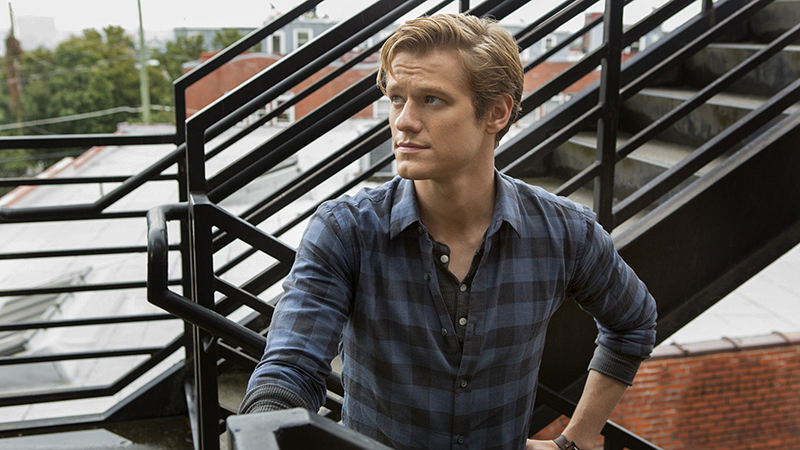 "War Room + Ship" (Season 2, Episode 10)
"War Room + Ship" marked an unusual episode for MacGyver, as the Phoenix Foundation is called in to help save a team of college students trapped on a ship in the Arctic Ocean with no heat—except for erupting fires! As the crew awaits a rescue ship, Mac assembles everything available inside the Foundation to use on the endangered vessel, and works with the students' leader, Zoe, via video-chat to keep the crew alive.

"This episode was crazy because it mostly took place in one room," Till recalls. "Took me a couple of weeks to nail those lines down well enough to do it all in two days, and there were so many props. The actress opposite me [Amy Okuda] did such a great job. Another one of our record-setting episodes in a lot of ways."

Mac Hacks: Creating a peristaltic pump; sealing a door with found materials; weighting one side of the boat; use of air filters. 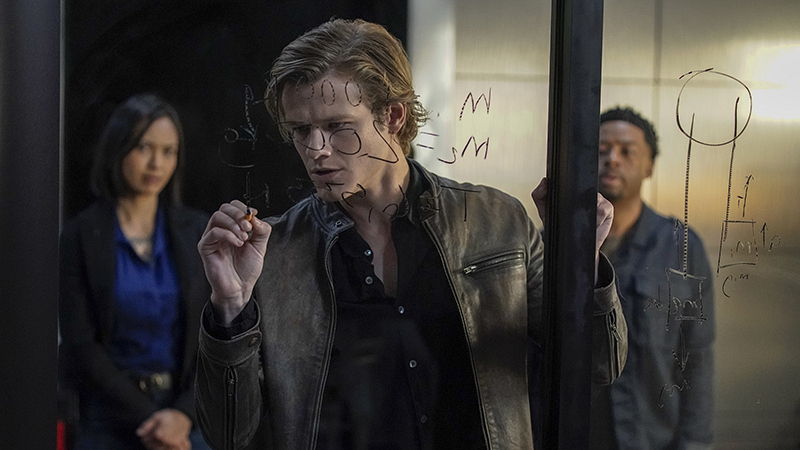 "Mason + Cable + Choices" (Season 3, Episode 22)
The Season 3 finale features the first appearance of a new enemy for the Phoenix Foundation, who comes in the form of an initially unknown perpetrator setting up bombs throughout Los Angeles in a game of cat and mouse designed to torture Mac.

"This is one of my favorite episodes. Peter Weller’s first appearance as Mason," Till explains. "I love a great bad guy. He’s so different from Murdoc, who is a psychopath. Murdoc enjoys the lifestyle. Then there’s Mason, he’s a guy not normally prone to the behavior, but is willing to do what he has to, to accomplish a goal, and that goal directly interferes with Mac's life, and is affected by his father's past." 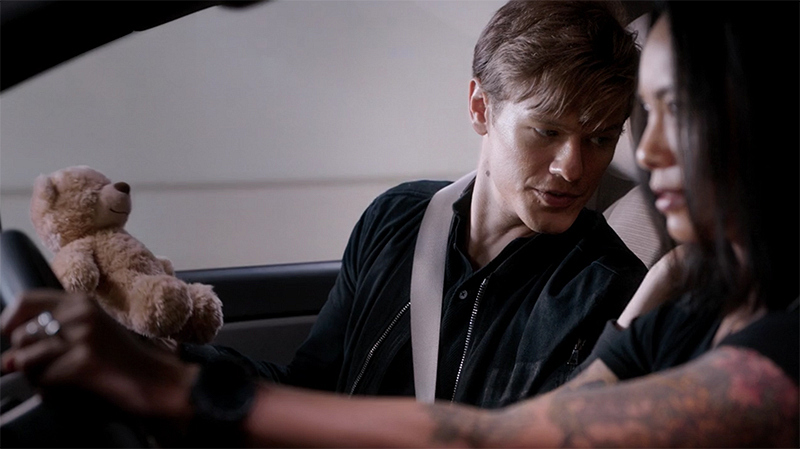 In the second episode of the season, the team is double-crossed by the four-star general who originally hired them. With warrants out for their arrest, Mac, Desi (Levy Tran), Russ, and Riley (Tristin Mays) steal a family minivan to make an escape. Oh, and Mac must resort to using a teddy bear to lead their pursuers in the wrong direction.

"I remember this teddy bear scene, vividly," Till says. "We actually shot that episode first, so we had just met [Henry] Ian [Cusick] and all of sudden we have to work in harmony to craft a scene that was hard to understand without a LOT of rehearsal, but Lexi [director Alexandra La Roche] said, 'Let's jump right in!' I thought, 'Pff... that's a terrible idea, we won't make it five seconds!' She guided us through it perfectly, and we crushed six pages in record time, we might've even gone home early. Still one of the most impressive feats we've done and rarely talk about it." 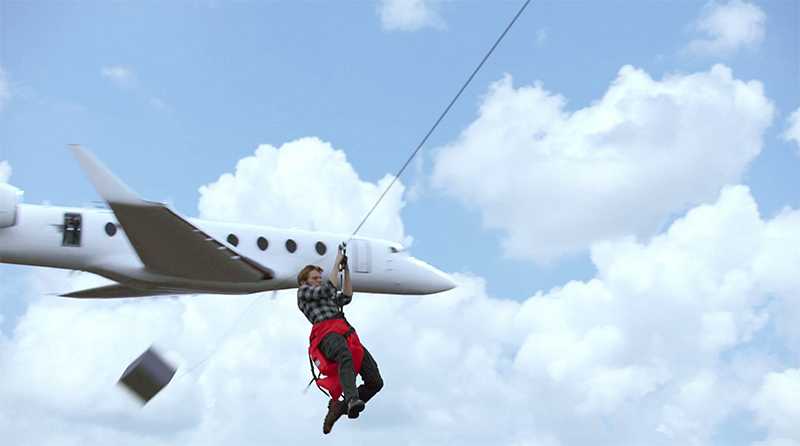 "They built an actual zipline for us to fly on with the orange diapers," Till says. "Made for some great memories. Also what never ceases to amaze me is how silly something feels, and then it ends up looking so great. This ep was hard trying to fit actors and a camera in a plane. Sometimes looking outside imagining the mountains coming towards you feels ridiculous, and yet it turns out so much fun." 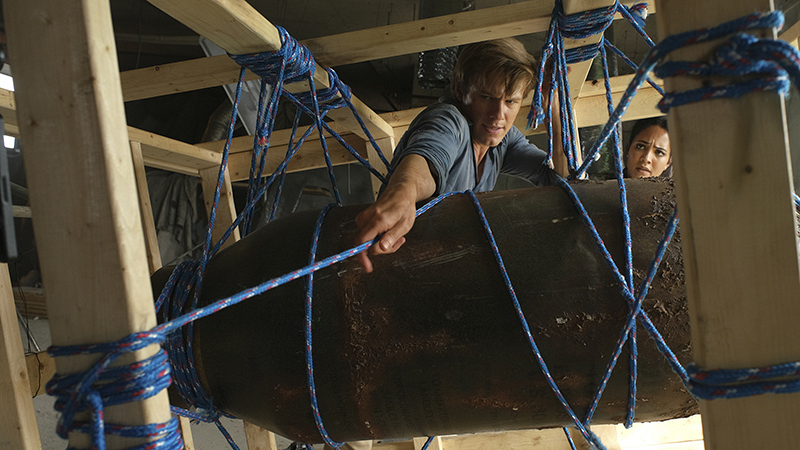 "Windmill + Acetone + Celluloid + Firing Pin" (Season 4, Episode 4)
In the fourth episode of Season 4, the team is called in help rescue survivors from a collapsed building in Germany. But Mac and Riley discover something else: an undetonated bomb from World War II.

"That Bomb Egg Drop was so much fun," Till says. "The fact that they dropped it for real was pretty cool. Someone actually had to build that whole thing."

Stream these episodes of MacGyver—and many more—on CBS All Access.