How To Watch A Special Episode Of Magnum P.I. After The AFC Championship Game On CBS

Magnum delivers even more action on Sunday, Jan. 20 at 10 PM ET / 7 PM PT on CBS and CBS All Access (time is approximate after post-game coverage).
It's a team sport on the gridiron—and on the mean streets of Honolulu!

(Time is approximate after post-game coverage.)

STREAM: Full Episodes Of Magnum P.I. On CBS All Access

In the episode "Winner Takes All," Thomas Magnum (Jay Hernandez) has an emotional connection to a case when he and every other private investigator and bounty hunter on Oahu are tasked to track down a man accused of murder.

Magnum will be working with—and against—some big characters, including comedian Ken Jeong, who returns as private investigator Luther Gillis, and former professional football player Eddie George, who guest stars as the man informing the bounty hunters and private eyes to the skip on the run. 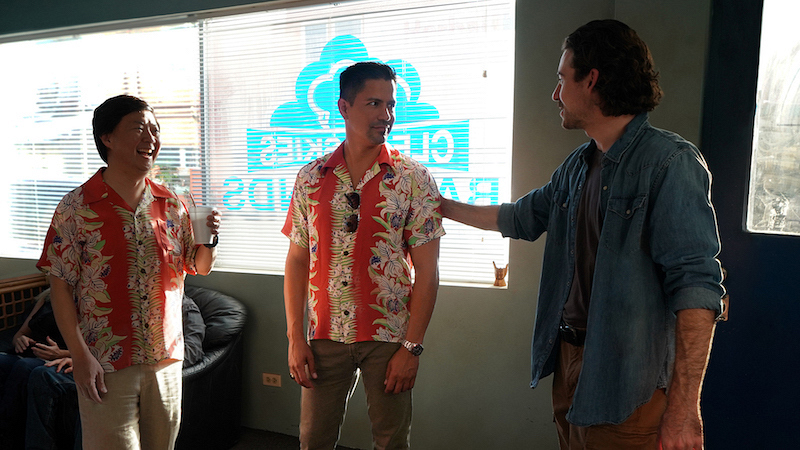 Then, the very next night on Monday, Jan. 21, there's yet another all-new episode of Magnum P.I.  in its regular time at 9/8c on CBS and CBS All Access.

Monday night's episode, "Day Of The Viper," follows what happens when a wounded former MI6 friend of Higgins (Perdita Weeks) shows up to tell her that the assassin who killed her true love has surfaced on Oahu.

Also, while Magnum helps Higgins, he asks Rick (Zachary Knighton) to take over a case for him—a task that Rick relishes until the case goes sideways. 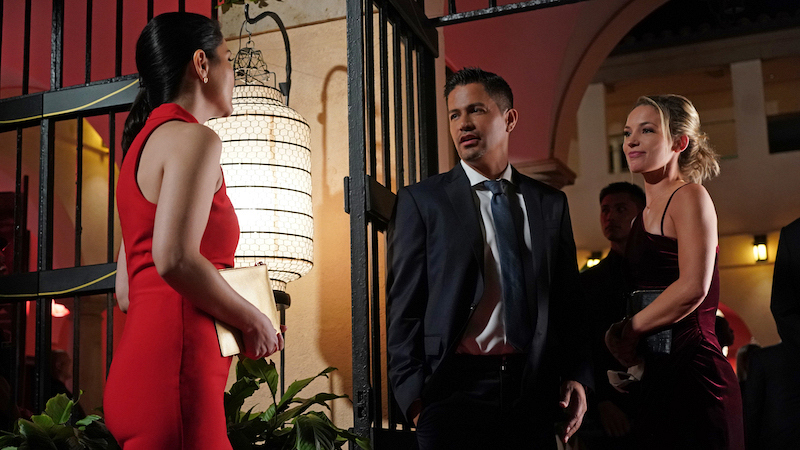 Pictured in "Day of the Viper": Miriam Lucien as Red Dress, Jay Hernandez as Thomas Magnum, and Perdita Weeks as Juliet Higgins.

There's no such thing as too much Magnum, so let's run through some logistics.

Depending on how long the game (overtime is always a possibility) and post-game coverage runs, the scheduled time for Magnum at 10 PM ET / 7 PM PT could be affected. The plan is to run the episode at the same time across the continental U.S., so it won't be delayed in other time zones like you're used to on most nights.

Our advice? Plan for a full evening: Watch the game and just stay tuned!

What channel is Magnum P.I. on?
Watch on your local CBS channel (see the full CBS schedule here), as well as CBS All Access.

How can I watch Magnum P.I. online?
You can stream all the blockbuster action live or on-demand with CBS All Access.

What else is on CBS after the AFC Championship Game?
Later on Sunday evening, there's a special edition of The Late Late Show with James Corden at 11:35 PM ET / 8:35 PM PT (time is approximate following your late local news).

Getting to enjoy Corden's humor and charm on a Sunday night is a big win in our books!

Is there anything else a football fan like me might enjoy?
Of course! CBS will be airing Super Bowl LLIII on Sunday, Feb. 3.

And, if you dig funny commercials, we've got a new 2019 edition of Super Bowl Greatest Commercials airing Tuesday, Jan. 29 at 8/7 on CBS and CBS All Access, which will pit 10 of the funniest ads ever seen against each other. 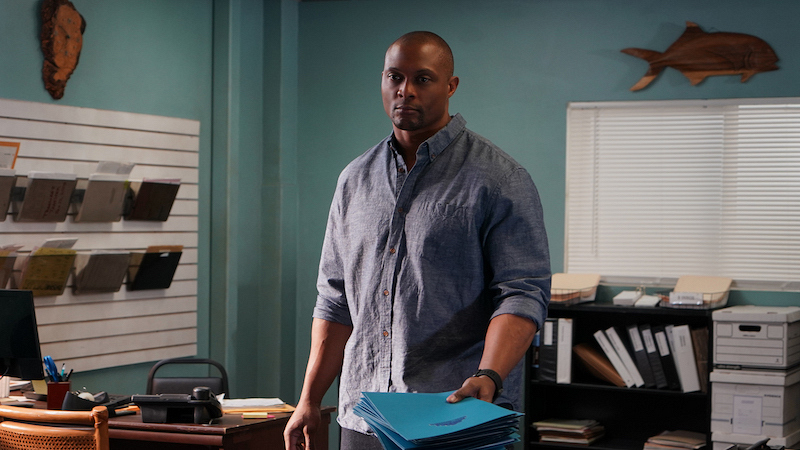 What else do I get with CBS All Access besides Magnum P.I.?
For sports fans, there are loads of marquee events like Super Bowl LIII, SEC on CBS, NCAA Basketball on CBS, March Madness, and top golf action including the PGA Championship and The Masters, CBS All Access subscribers also get round-the-clock streaming coverage from CBS Sports HQ.

Of course, you can also watch thousands of episodes from CBS shows on-demand. That includes full episodes from current and earlier seasons of your favorite shows like Big Brother, NCIS, Survivor, Blue Bloods, and more. Plus, you'll get to see CBS All Access original series like Tell Me A Story, No Activity, and Star Trek: Discovery, which launches anew with its Season 2 premiere on Thursday, Jan. 17.

Watch a special episode of Magnum P.I. on Sunday, Jan. 20 at 10 PM ET / 7 PM PT on CBS and CBS All Access (time is approximate after post-game coverage).

Then, watch all-new episodes of Magnum P.I. at its regular time on Mondays at 9/8c on CBS and CBS All Access.