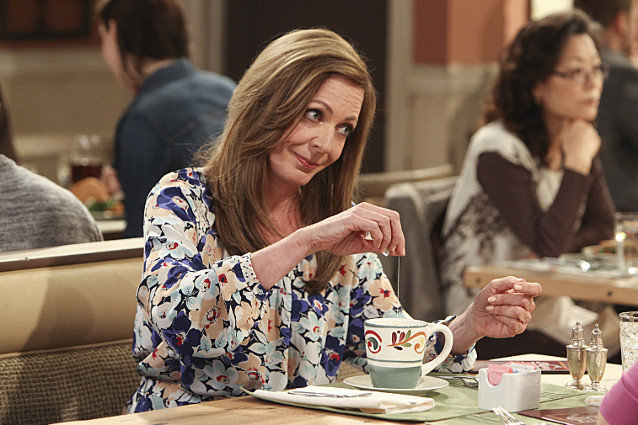 Congrats To Allison Janney On Her Best Supporting Actress Emmy For Mom!

The accomplished actress nabbed a seventh Emmy for her comedic skills on the CBS sitcom.
Congratulations, Allison Janney! The Mom star won her seventh career Emmy on Sunday, Sept. 20, making the Hollywood veteran one of the most celebrated actresses in television. She nabbed the honor for Outstanding Supporting Actress in a Comedy Series—her second one for her role on the hit CBS show!


Allison certainly kept it real while giving her award speech.

"I apparently brought up my blotting thing with me," she told the crowd, before going on to thank her colleagues and many others at CBS, including co-star Anna Faris, whom she explained is "as generous with a moment as you are with your heart.”

@AllisonBJanney a) I love you and am so happy for you and thank you b) is it weird that I tell my tv mom how hot she looks in that dress?

As she glowed in front of attendees, Allison couldn't help but gush about her role as a "deeply flawed character."

"I feel like I won the lottery," she said.

Watch the season premiere of Mom on Thursday, Nov. 5 at 9/8c.