Watch what happened when the Mom star revisited her TV roots in the Federal City
On April 29, Mom co-creator/executive producer Chuck Lorre, series star Allison Janney, and recurring guest star Emily Osment were invited to The White House for a very special event called Champions of Change, which honored 10 accomplished individuals from across the country who were being recognized for advancing addiction prevention, treatment, and recovery.

As most Mom fans already know, the show centers around many of the various topics that surround the battle of addiction and, ever since Season 1, Mom has managed to handle these serious conversations with a balance of hilarity and heart.

More recently, however, the characters had to deal with the darkest sides of addiction when a young teen addict, Jodi, accidentally overdosed and died.

Read an exclusive interview with Emily Osment on what it was like to play such a complicated role on Mom. 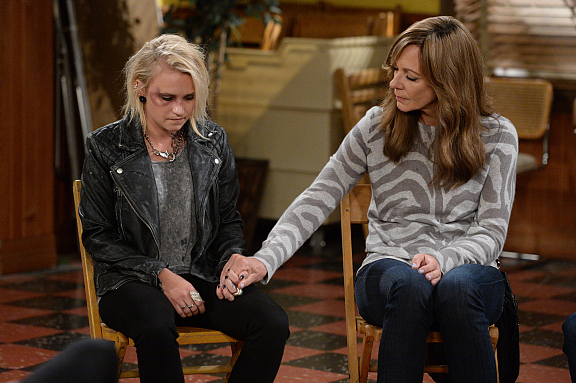 While at The White House for Champions of Change, Lorre, Janney, and Osment also participated in a panel discussion with Surgeon General Vivek Murthy about the portrayal of addiction and recovery in the media, a challenge Mom's been able to take on gracefully and carefully for three seasons now.

For Janney, specifically, this was hardly her first POTUS-related encounter. In fact, the talented actress seemed excitedly at-home behind the podium during a press briefing, which was definitely reminiscent of Janney's role as C.J. Craig, former Press Secretary on the famed political drama The West Wing.

.@AllisonBJanney
AKA CJ Cregg
AKA Bonnie on @MomCBS
drops by the White House press briefing. https://t.co/TK4NJ7TEyM


Her unexpected appearance behind the mic had everyone in stitches, but if you think that's good, wait until you watch the next episode of Mom, entitled "Pure Evil And A Free Piece Of Cheesecake," which offers a delightful nod to her former onscreen life in the Capital City. 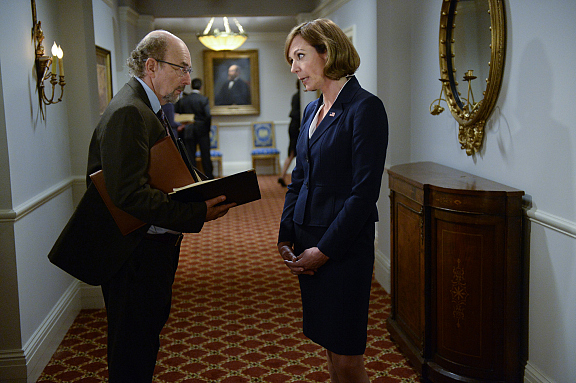