First he stole Bonnie's heart and now he's back to share more scenes together in Season 4!
If you were hoping to see more of Bonnie's new beau, Adam, played by William Fichtner, during the next season of Mom, then you're in luck!


Bonnie's quick-witted boyfriend on the show has been cast as a series regular for Season 4.

The last time we saw Fichtner's character, he accepted an exciting gig as a movie stunt coordinator in Croatia, so it'll be interesting to see how this couple's hot-and-heavy relationship holds up when there's a couple of continents between them. 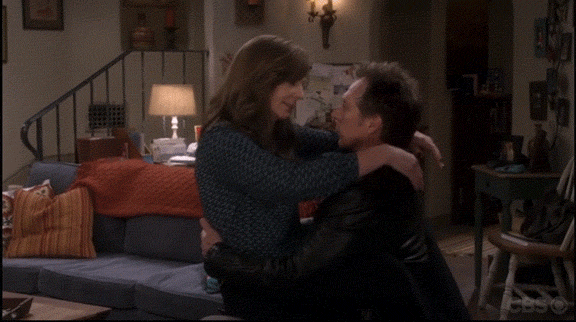 How will Bonnie and Adam manage their long-distance relationship? Find out this fall when Fichtner shares scenes with Allison Janney, Anna Faris, and the rest of the incredible cast of Mom.

Mark your calendar for the Season 4 premiere of Mom on Thursday, October 27 at 9/8c. Until then, watch full episodes on CBS All Access.