We already know Anna Faris and her husband, Chris Pratt, have major chemistry in real life, but what about on-screen?

Fans will get to see the sparks fly when Pratt makes a guest appearance on the next episode of Mom entitled "Good Karma And The Big Weird," which airs on Thursday, Jan. 19 at 9/8c on CBS and CBS All Access.

But, in the meantime, here's a hint: 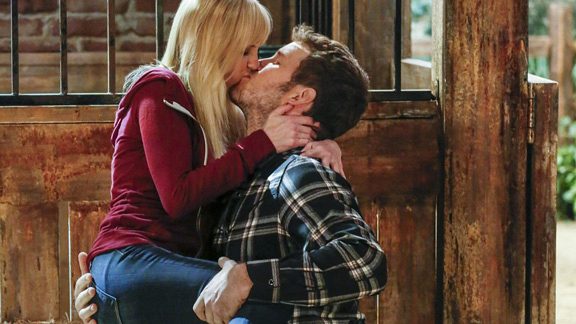 How will Christy's crew react to her new fling with a handsome stranger who happens to be Marjorie's eccentric nephew?

Find out in this special episode of Mom airing Thursday, Jan. 19 at 9/8c on CBS and CBS All Access.