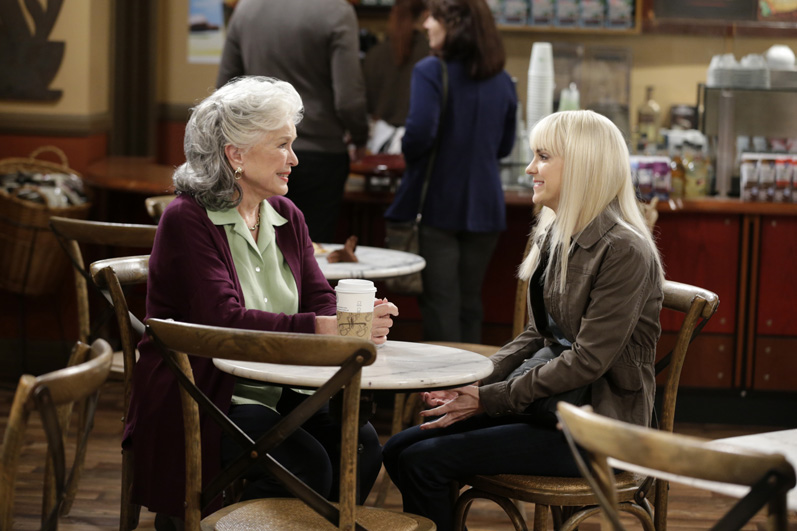 After watching the season premiere of Mom, we couldn't help but squeal at how many amazing guest stars made an appearance. But that's not all! Even more Hollywood all-stars are slated to appear throughout Season 3. Take a look at some of the new and familiar faces you can expect to see in the coming months.

First off, Ellen Burstyn appeared in the Season 3 premiere of Mom as Shirley Stabler, the estranged biological mother of Bonnie (Allison Janney) and grandmother of Christy (Anna Faris). Shirley put Bonnie in foster care when she was very young, but has since decided to reach out and try to rekindle their relationship. 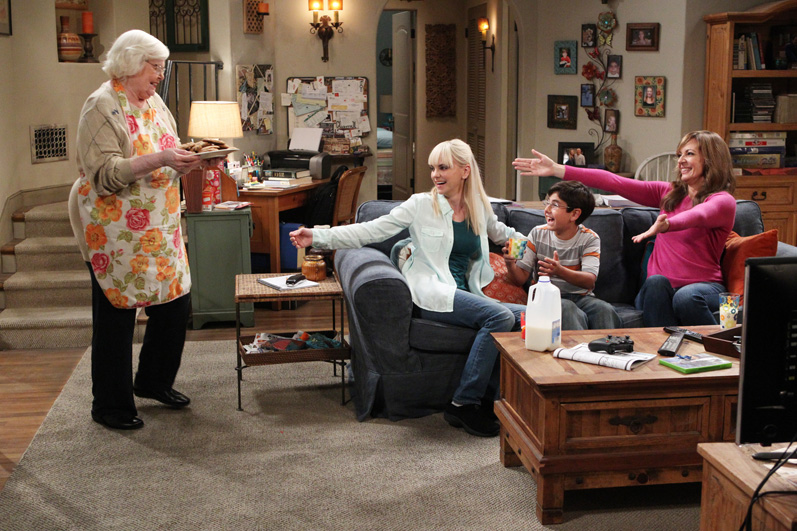 June Squibb is the maternal role model Bonnie and Christy always dreamt of.

This Oscar-nominated Hollywood veteran stepped onto the Mom set alongside Ellen Burstyn in the Season 3 premiere episode, entitled "Terrorists And Gingerbread," playing the role of Dottie, a sweet older lady Christy accidentally confuses for her biological grandmother. 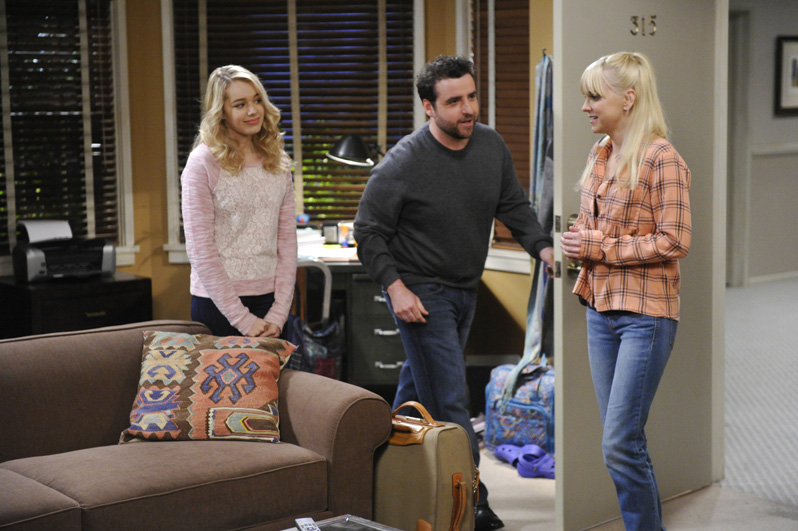 In Season 3 of Mom, the skilled actor will continue his turn as Gregory, the much-older boyfriend of 19-year-old Violet (Sadie Calvano), Christy's smart and sassy daughter. 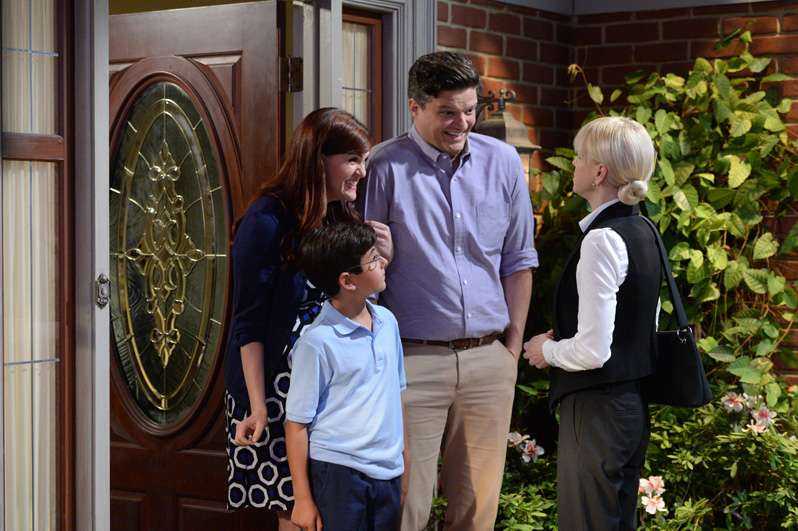 Rue rejoins the Mom family as Baxter's (Matt Jones) smart and successful girlfriend, Candace, who, in Season 2, showered Roscoe (Blake Garrett Rosenthal) with all the things that Christy couldn't provide. 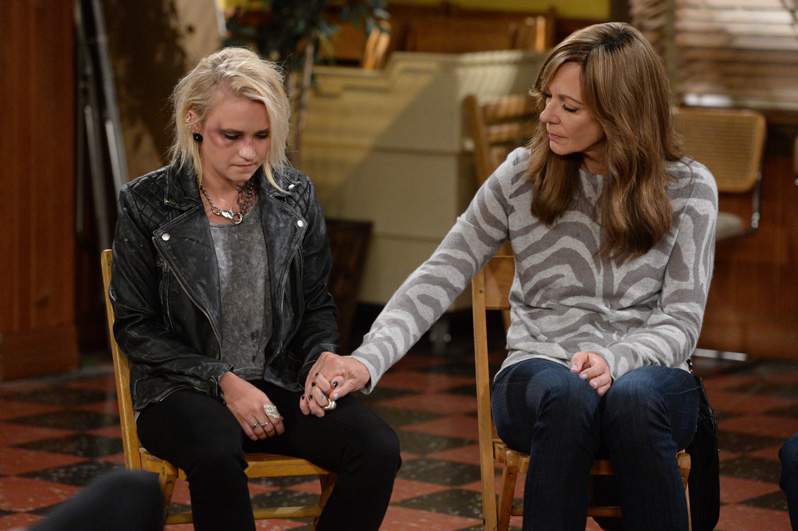 Emily Osment steps into a brave new role as Jodi.

The lovely and talented Emily Osment, whose previous roles gear more toward tweenage audiences, will appear in two upcoming episodes of Mom, where she'll play Jodi, a street-wise young drug addict who Bonnie and Christy try to help sober up.

Fans are sure to be blown away by Osment's acting chops in this raw role that exposes a more mature side of the former child actress. 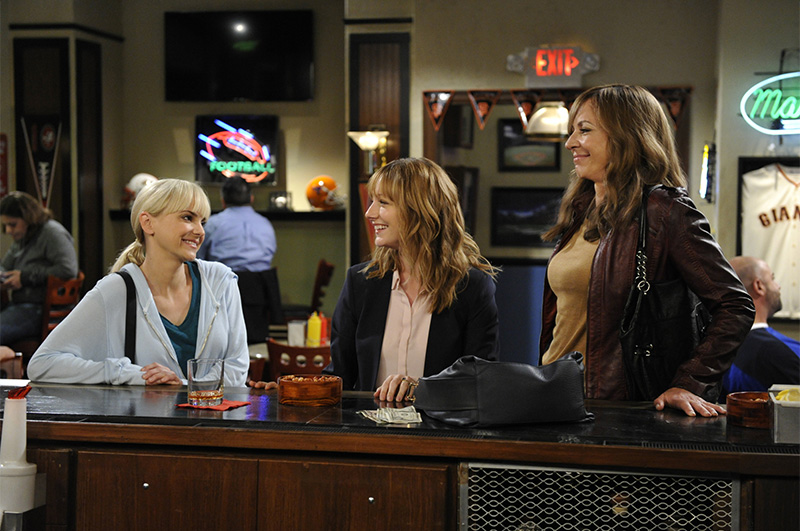 After discovering their knack to helping others in an episode entitled "Mozzarella Sticks And A Gay Pino Bar," Christy and Bonnie decide to troll some bars looking for potential "projects," which is where they meet Michelle (Judy Greer), who is drowning her troubles after a hard day at the office. Is Michelle a potential alcoholic or just a sad sack? We shall see.
Watch Judy Greer's episode on Mom.