Get To Know Shalita Grant And Daryl Chill Mitchell

In order to get to know the team's newest regulars, we had them answer a few questions.

1. Who did you call first when you found out you’d be a cast member on the series?

The first person I called was my younger sister. She was just about to start nursing school and I wanted to tell her my good news. She hoped it would happen and was so excited she hung up!! It took her a few days for it to sink in, though.

2. What is your favorite part of your character on NCIS: New Orleans?

I LOVE how physical I get to be on the show! I'm a big fan of action films and super hero flicks but there aren't often strong, dynamic roles for women in those genres. My role on NCIS: New Orleans is so amazing BECAUSE Percy is so bold. There isn't a "no girls allowed" vibe when it comes to the action. I'm very grateful and excited to come to work because, not only do I feel like I'm taken seriously, I feel like a viable and interesting part of the team!

Oooooooooh! I went on an unintentional "Pork Crawl" and found a swing set on the journey, hahahaha! Tooootally random but fun AND delicious!

4. Show us the last photo you have on your phone from set. 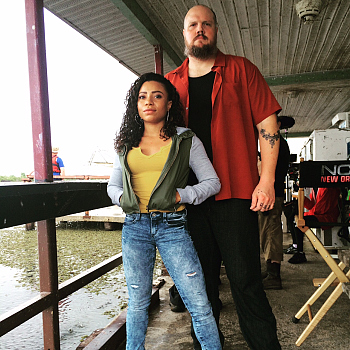 Po-boy cause ain't nothing like New Orleans French bread, baby!

1.    Who did you call first when you found out you'd be a cast member on the series?

I called my wife, Carol.

2. What is your favorite part of your character on NCIS: New Orleans?

I had a great time seeing all my friends at the Essence Festival. But my major highlight was a brief but cool encounter with Jimmy Buffet, who is so down to earth.

4. Show us the last photo you have on your phone from set. 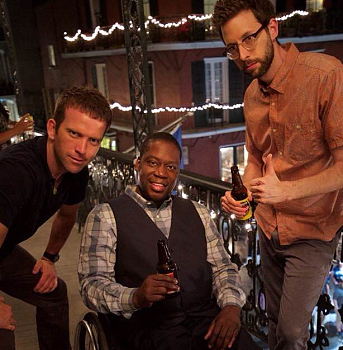