Why Loretta Wade Would Make The Best BFF 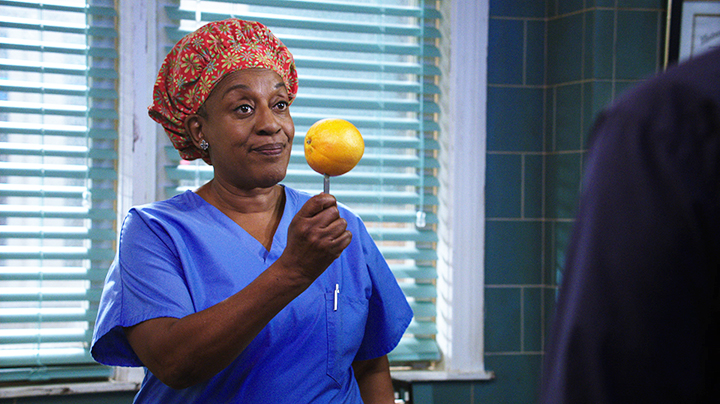 Her visual metaphor game is on point

When Loretta was explaining to Pride why someone may have been impaled rather than stabbed, she used an orange and a scalpel to demonstrate her theory. Let her title now reflect both coroner and prop master. 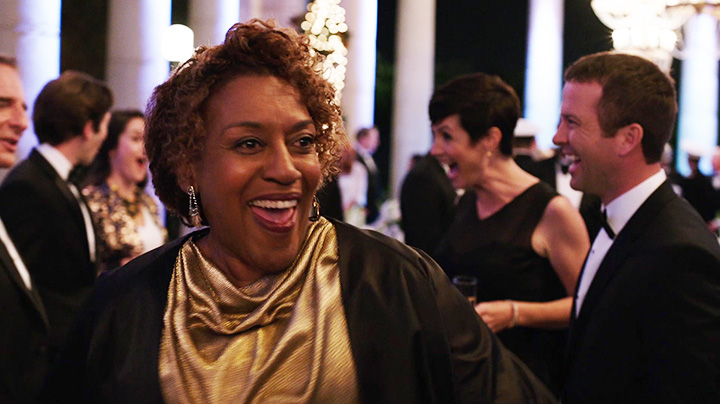 She's sassy in the best way ever

Loretta is the life of the party. When she was at the Navy-Marine Corps Relief Gala, she announced that she was looking for a "Rear admiral who is willing to shake his 'rear admiral.'" 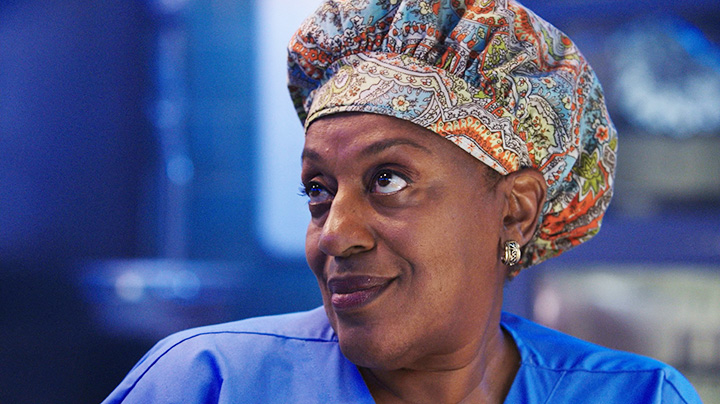 When Sebastian was obsessing over his date and worrying about his punctuality at the lab, Loretta dropped a knowledge bomb on him when she asked: "Have you ever considered the statistical possibilities of playing hard to get?" She always knows the right thing to say to calm someone down. Everyone could use a friend like that.

Also can we talk about her amazing scrub hat? 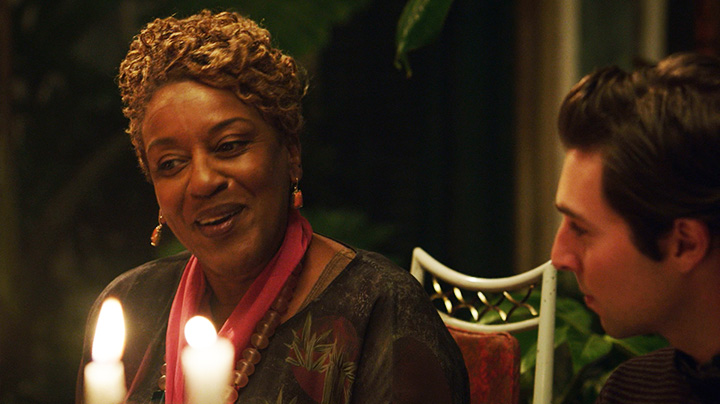 She knows how to appreciate the moment

Is there anyone else you'd rather have give a toast at Thanksgiving dinner than Loretta Wade? The correct answer is "no." 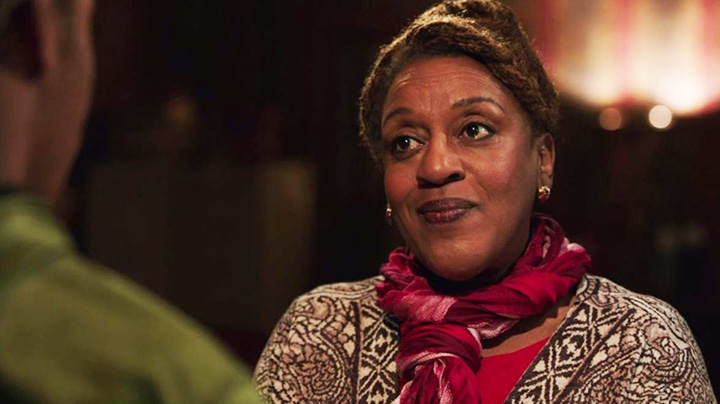 She's got a heart of gold, or whatever is better than gold. Super-gold?

When brothers Danny and C.J. Malloy were left without a place to live after Pride saved them from their abusive drug-dealing father, Loretta offered them a room in her house to avoid being separated by child services. 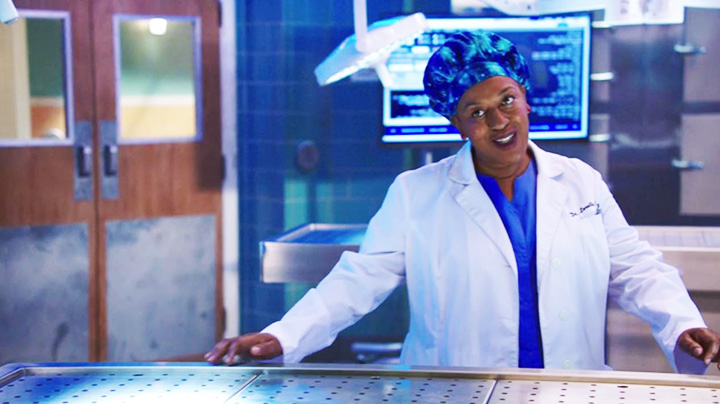 She makes everyone feel welcome

When Meredith Brody was dealing with some complicated issues from her past, Loretta instantly knew something was up. And in the way only Ms. Wade can, she got Brody to reveal what was bothering her. As Loretta put it: "This space is my temple and all who enter are afforded solace and protection." 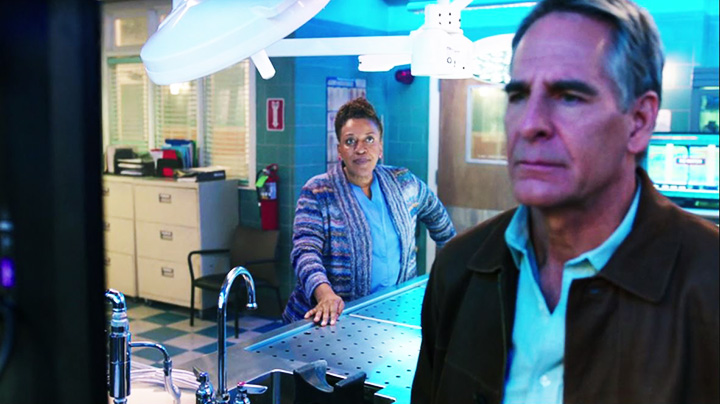 Getting stressed out about life or work can be the worst, like when Pride was driving himself crazy trying to catch Baitfish. That's when having a friend like Loretta comes in handy. She didn't hesitate at all to call Pride out and talk about his obsessed state. And after Loertta brough him back down to Earth, she offered additional help in catching his foe. 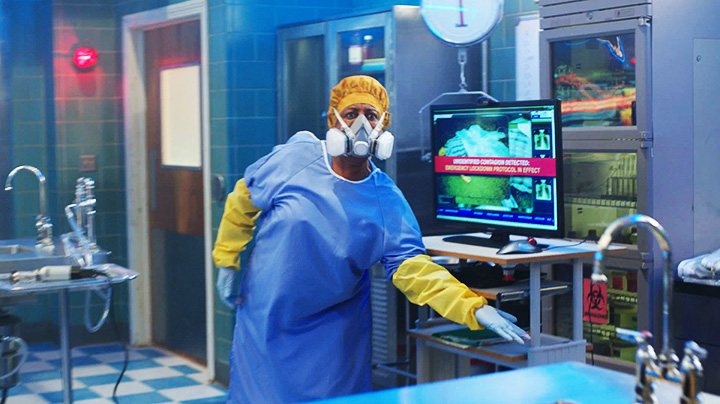 She doesn't panic when things get crazy

When the bubonic plague (!!!) reached her lab, Loretta knew exactly what to do: shut everyone else out and lock the door to protect them. So the next time you spill ketchup on your shirt at lunch, Loretta would definitely be the one to turn to for a detergent pen. 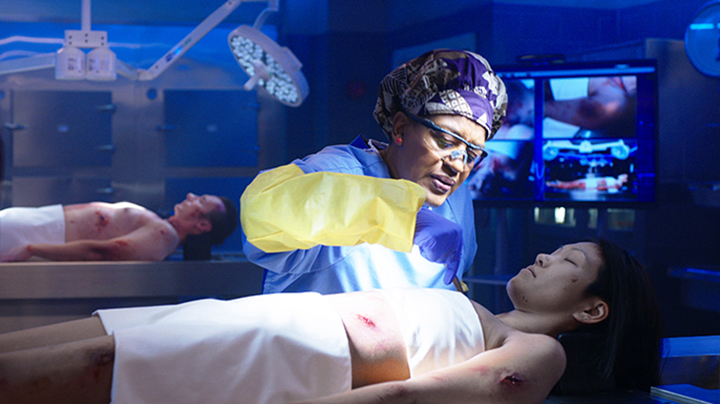 Most people would freak out around dead bodies. Um... we're not exactly sure how this would help you, actually. But just in case. Let's move on. 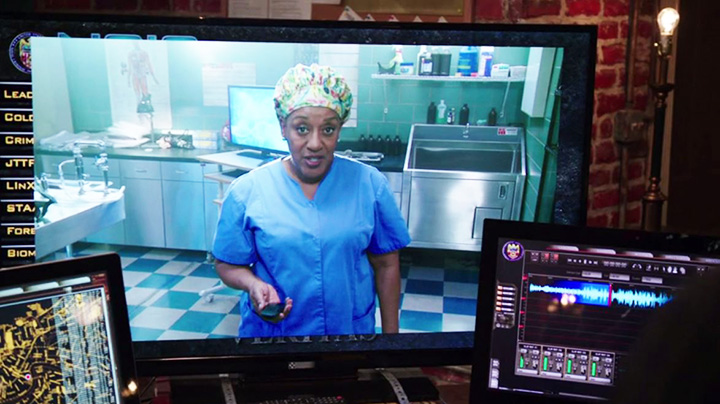 She knows how to get out of a bind

When Loretta and Danny were held hostage in the lab by a lone gunman, she was able to call Pride and deliver a message to him in code. Even though the hostage-taker was watching, she came up with a fake name for a disease (Larrabee syndrome) that Pride would instantly recognize as a signal that something was wrong.

Next time you're talking about your boss and he's right behind you, wouldn't you want Loretta there to signal your impending trouble?