How Tyler Ritter Prepared To Play Abby's Brother On NCIS

Tyler Ritter is becoming part of the extended NCIS family as Luca, the brother of Abby Sciuto. We've been looking forward to meeting him and it'll be worth the wait. Our first glimpse of the character is part of a two-hour crossover event with NCIS and NCIS: New Orleans on Tuesday, Jan. 5, starting at 8/7c on CBS. We've got an exclusive Q&A with Tyler to get you ready for the big night!

What was it like working with Pauley Perrette, who plays Abby Scuito?
We have been friends now for two years and so we came to this job with an ease between us and we both knew how much fun this would be. As far as professionally, the first thing that Pauley did was tell me exactly what episodes Luca had been mentioned in or seen as a little boy. She helped with the research and building Luca’s character. There are few people that I would want to work with more than her. To play her little brother that she loves, and drives her crazy at times, was an honor.

What character traits do Abby and Luca have in common? How are they different?
Similar—We both like to keep very busy. We are both extremely good at our professions even if it gets in the way of us being considered normal people. We are both quirky, stubborn and optimistic. We also both strive to help others which tends to get Luca into trouble.

Different—Luca is a little more naïve to the real dangers in the world where Abby has seen the darker underbelly of society. Luca is in the clouds a bit more when it comes to actual real life danger.

What did you draw from in your relationships with your own siblings to play this role?
I think the admiration that Luca feels for Abby was the easiest thing to draw on. Plus, the unabashed love and gratitude for having a leader as an older sibling. Someone to show you how to make it in the world and how to enjoy life—I am talking about you, Jason and Carly.

How does it feel to play a character who's been talked about but never seen before?
Well there is an added pressure but it is a good kind of pressure. The positive side is there is material to draw on for making choices. The love they have for one another, the adoption story, seeing Luca as a little boy—that is material to be drawn on when building the character. Obviously when someone is talked about that much you really want to get it right. People play close attention to those clues and they have an idea of what Luca will look like and how he will act so I needed to research and follow those clues. If you are playing a new character you can draw on what you want, but I needed to make sure I stuck to the book that had been started.

Is there anything you can tease about your episode?
Interrogations with Gibbs and Pride, sign language with Abby, and delicious New Orleans food. 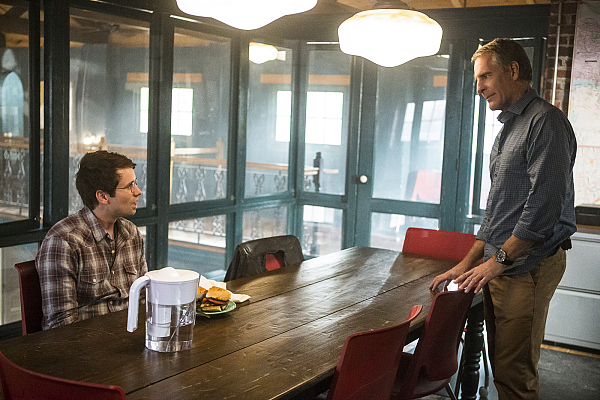