What Does 'Grab Your Gear' Really Mean On NCIS?

When Special Agent Leroy Jethro Gibbs (Mark Harmon) gets a new case on NCIS, he expects his team to be ready: "Grab your gear!"

But what, exactly, are his agents grabbing? It turns out these elite crimefighters have a lot of tools at their disposal. The show is equipped with a Technical Advisor, Leon Carroll, Jr., who brings a wealth of real-world experience and ensures that what you see on screen best reflects what's being used in real life. 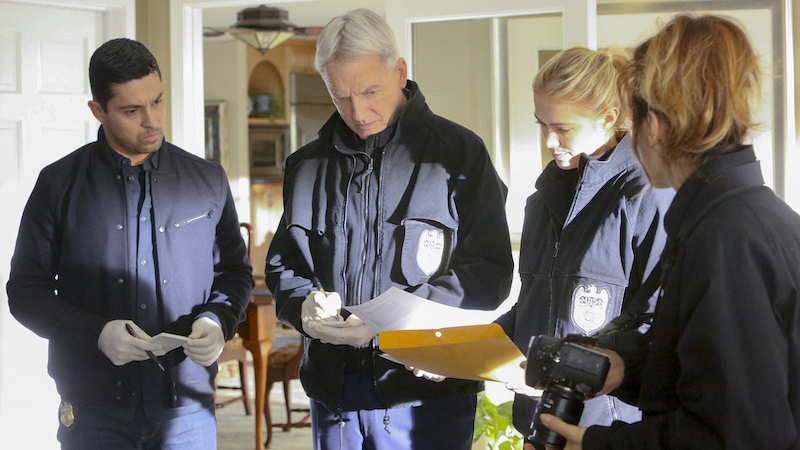 Carroll is a retired NCIS agent who spent 22 years on the job, including multiple field offices in the United States, time abroad (including Panama), and tours as an agent afloat. Prior to that, he was an active duty Marine for six years.

Always Prepared
On NCIS, Special Agents like McGee (Sean Murray) are already partially geared up before Gibbs says a word.

"The requirements for NCIS agents is to be armed and pretty much ready to respond when they leave their residence to the time they get to the office (or maybe crime scene)," says Carroll. If an agent is driving their own family car, that might mean just a few items they can carry on their person, including badge/credentials, weapon, handcuffs, and gloves—always gloves! 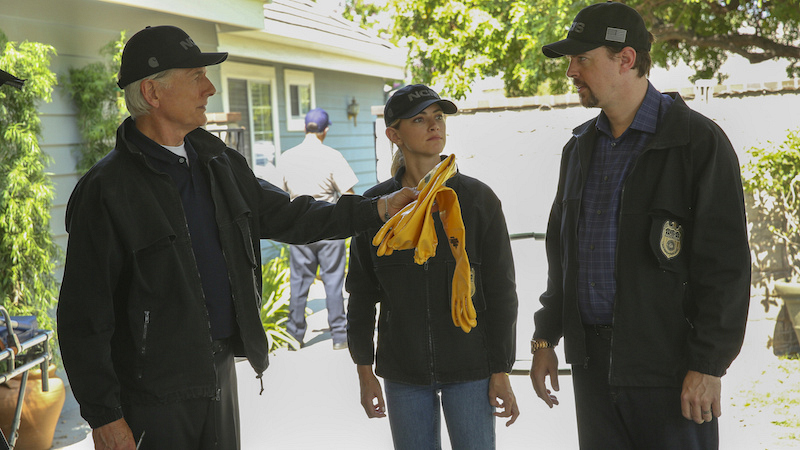 A Sig Sauer is the standard issue firearm that agents are issued when they start on the job. But they're allowed to choose from a wide range of weapons provided they pass the NCIS qualification course with it.

"When we started the show, all of our agents carried the Sig," notes Carroll. "But now, if you notice, Gibbs is carrying a .45 (specifically, an M1911), which was made by Colt way back in the day. That's what he's been carrying for the last two or three seasons." 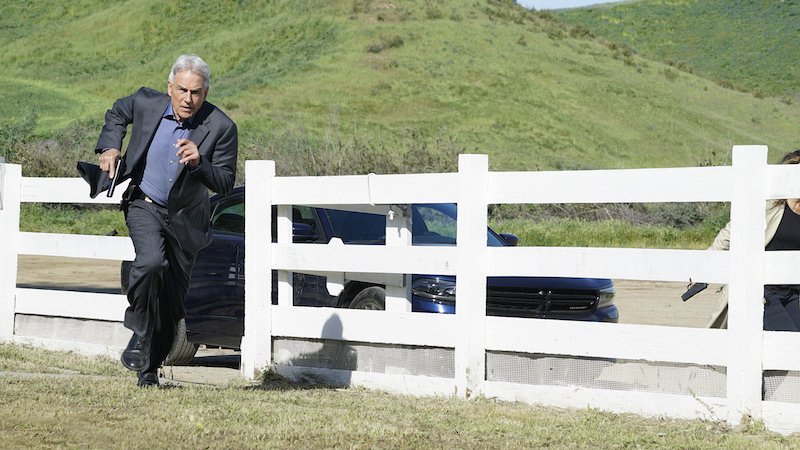 Handcuffs tend to be more standard. There are two main varieties, one style with a hinge in the middle and the other with a chain. The hinged version is popular with law enforcement across the board and can be seen in the opening credits of NCIS: New Orleans.

In The Bag: Personal Gear And A Change Of Clothes
Agents will often carry a bag with personal gear like anybody else going to a day job. But there's an especially popular item in their personal bag that might not be as common in other professions.

"The standard uniform, so to speak, of an NCIS agent is a suit," explains Carroll. "If you have to go out to a crime scene, obviously you don't want to wear a suit! So I used to have a pair of NCIS coveralls, similar to the ones you see on the show in the evidence lab by Jimmy Palmer (Brian Dietzen) and Ducky (David McCallum)."

Another important piece of clothing is a raid jacket (or raid vest), which you'll see NCIS actors wearing at every crime scene or when serving a search warrant. This helps other agencies and civilians know who they're dealing with.

Carroll estimates that at least 80% of law enforcement agents also carry a knife, which is useful for anything from breaking a window to cutting a seatbelt. It's such an important tool that it's been enshrined as Gibbs' Rule #9.

READ: The Complete List Of Gibbs' Rules From NCIS

The Crime Scene Kit
Most agents will bring a special briefcase to work a crime scene with things like a camera, tape measure, fingerprint kit, scales, crime scene tape, and evidence bags (both paper and plastic).

The flashlight is a critical piece of gear, and agents generally prefer a long one that has different focal lengths and can also function as a baton. 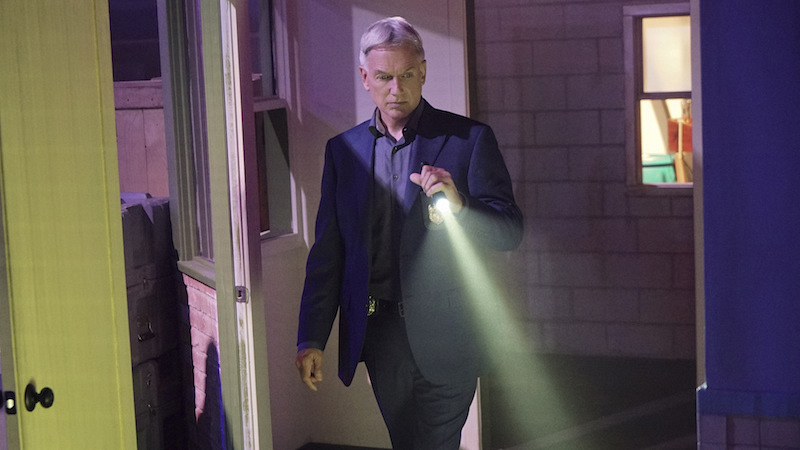 A team leader might carry additional gear like sterile cotton, a black light, and cans (picture a paint can) to collect arson evidence.

Making A Scene
Carroll reminds us that no two crime scenes are alike. That's why NCIS field offices will usually have a Major Case Response Team (MCRT). On the show, you'll see them arrive with a van containing everything else you could think of. That includes a hazmat suit, affectionately called a "bunny suit."

Working with the MCRT are a number of specialists who help process the scene. These NCIS special agents have completed additional training in skills like hostage negotiation, photography, or sketching—each with its own extra set of gear. 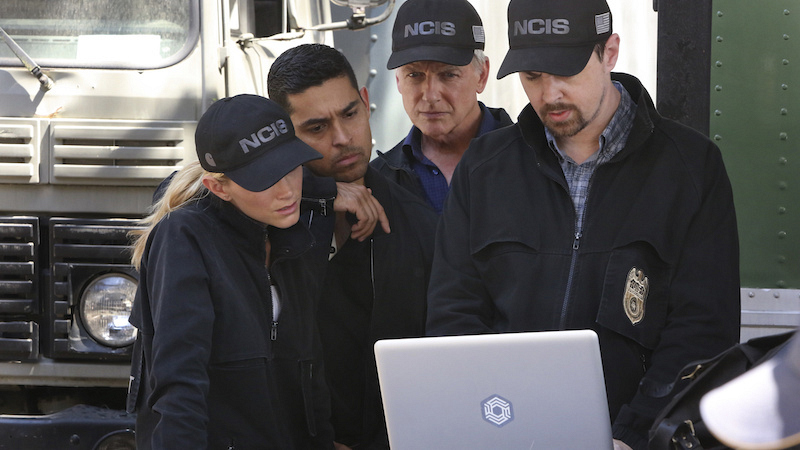 Computer specialists will have their own type of field examination kit, which may allow them to mirror images (i.e., copy the hard drive) out in the field. Evidence custodians can also log everything at the scene rather than having agents bring items back to a facility.

Let's Get Technical
NCIS agents like to take advantage of the latest gadgets. They even use laser scanners for 3D measurement and imaging of a crime scene, which cuts hours of traditional processing time down to minutes. Small unmanned aerial vehicles, commonly known as drones, also help by providing quick aerial photography.

One thing you won't see much of? Radios. Those were mostly phased out from day-to-day work as cell phones became more practical. Handheld radios will be used if there's a raid or similar operation.

Handling Evidence
Grab your gloves, but first, grab your camera! Everything must be photographed before it's moved. And bodies should only be moved by a coroner. 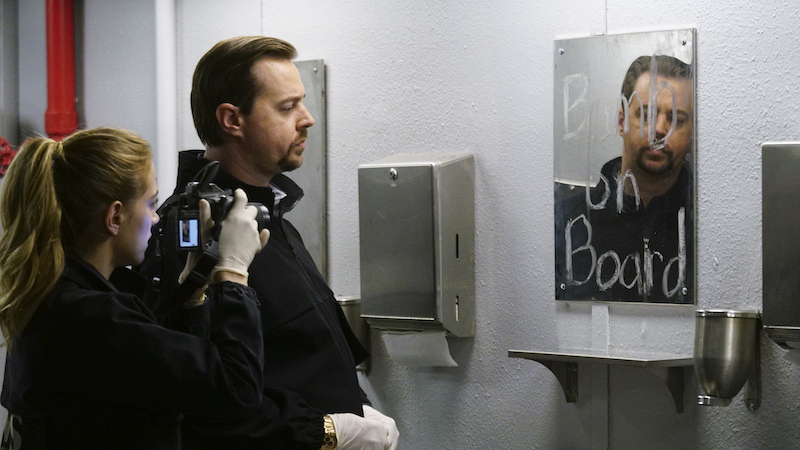 If evidence has blood on it, the proper protocol is to let it air dry and then transport it in a paper bag or cardboard box to limit the effects of bacteria on the evidence. Clear plastic bags are less frequently used in real cases, but Carroll says they're sometimes substituted on the show to let the audience see what's been collected.

Fingerprinting is done with up to five different kinds of powder depending on the surface being worked on (for example, magnetic powder might be used instead of conventional types). Brushes are generally used to apply powder, and adhesive tabs can be used to lift the print.

There's even a special protocol for handling firearms. Agents eject the magazine, open the receiver so any bullet in the chamber is ejected, and store the weapon in a special box. 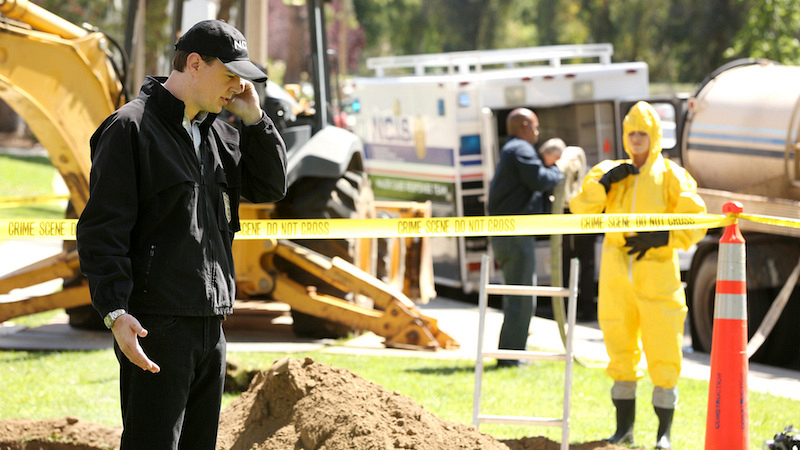 Special Situations
"Grab your gear" means a lot more planning when you're on a carrier and may not see land for a few weeks (or months!). Many of the same tools are used, but an agent afloat must be extra diligent in packing for an extended tour.

Sometimes an agent afloat will have to get creative. If a body or other evidence has to be stored, they'll requisition a freezer. All the food will be removed and the temperature adjusted for evidence preservation. "I won't say it happens a lot," says Carroll, "but I've experienced it a couple times."

And if you head into a war zone, time becomes a complicating factor. Agents in places like Iraq or Afghanistan may already have to travel light (no freezers, but maybe a small portable ice chest to preserve evidence), but they definitely don't want to hang out long if a crime scene could still turn into a battleground.

Carroll notes that agents under those circumstances will often aim to have evidence collected in under an hour and ship it back to a lab for further processing. 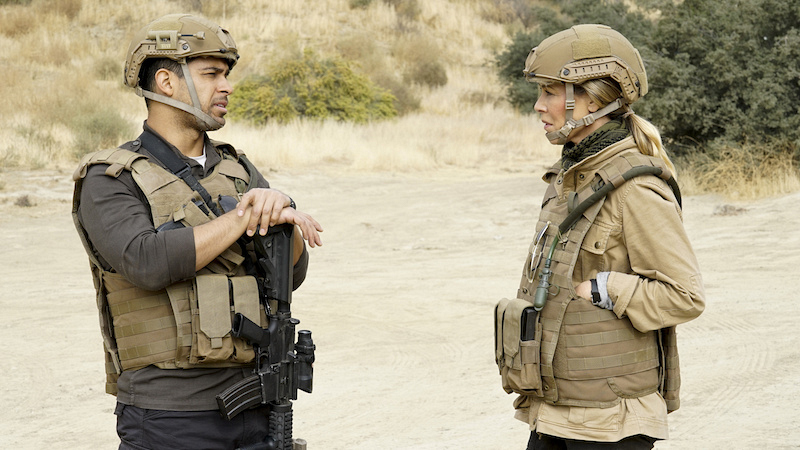 Now that you know more about the tools used by NCIS agents, see if you can spot them in the photos above and when you watch the next episode!