Ziva's History With NCIS Is Filled With Intrigue: Your Guide To Her Pivotal Episodes

These epic episodes of NCIS featuring Ziva David are available to stream on CBS All Access!

Ziva David (Cote de Pablo) made her first appearance on NCIS in Season 3—and immediately made an impact.

Over the years we've grown to admire this international woman of intrigue. We first meet her as a Mossad agent who speaks countless languages and (to paraphrase Gibbs) doesn't just carry a weapon, she is a weapon. And we've grown to love her as she became an NCIS agent, U.S. citizen, and a part of the NCIS family.

WATCH: Ziva David Earned Respect On NCIS And We Love Her For It​

When she returned to Israel after Season 10, we feared that might be the last we'd see of her. But Ziva's still with us—and in more ways than one. Ziva makes a highly anticipated return for Season 17, with all-new episodes on Tuesdays at 8/7c on CBS and CBS All Access.

Also on CBS All Access? Every episode of NCIS, including these notable ones from Ziva's time on the show. Stream them now and fall in love with Ziva all over again! 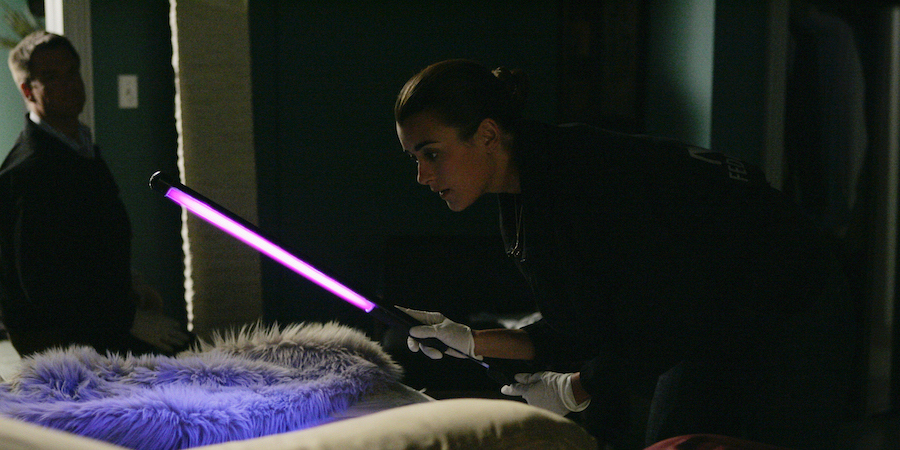 "Kill Ari (Pt 1)" (Season 3, Episode 1)
The NCIS team is dealing with Kate's death, and Gibbs is determined to finally put an end to Ari's (guest star Rudolf Martin) reign of terror. But they're not going to finish the job without help from Ari's own half-sister.

And who's Ari's half-sister? None other than Ziva David. We first meet this future NCIS hero in one of the most emotionally charged episodes of the series.

"Silver War" (Season 3, Episode 4)
Gibbs and the team are called in when a recently deceased man is found encased in a Civil War-era tomb.

"Shalom" (Season 4, Episode 1)
As each team member deals with the absence of a retired Gibbs, Ziva's past comes back to haunt her when she inadvertently witnesses the assassination of a military attaché by her former Mossad partner.

With Ziva framed for murder, can the team prove her innocence without ending up in prison along with her?

"Last Man Standing" (Season 6, Episode 1)
Ziva has been fired from NCIS and is back with Mossad—and as we've never seen her before.

But while she goes undercover in Morocco, the murder of a Naval Petty Officer leads Gibbs to uncover a shocking connection between the case and Director Vance's decision to disband his team. 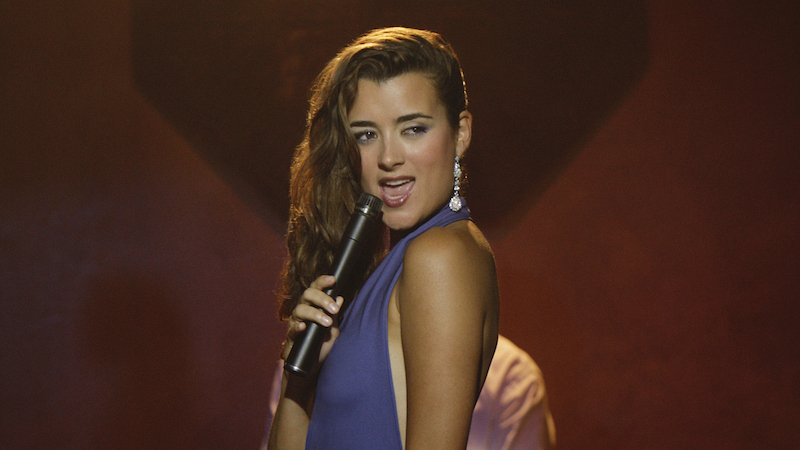 "Truth or Consequences" (Season 7, Episode 1)
As the hunt for Ziva's replacement begins, Gibbs and his remaining team members must head back to work with the past still weighing heavily on their minds.

Knowing Ziva is being held hostage in Somalia doesn't sit well with the team, who sets out to rescue somebody they've grown to see as one of their own.

"Good Cop, Bad Cop" (Season 7, Episode 4)
Ziva is forced to dig up a buried chapter of her life when a Marine's body surfaces halfway around the world.

But she'll open a new chapter, too—if only Vance will approve her application to become an NCIS agent. 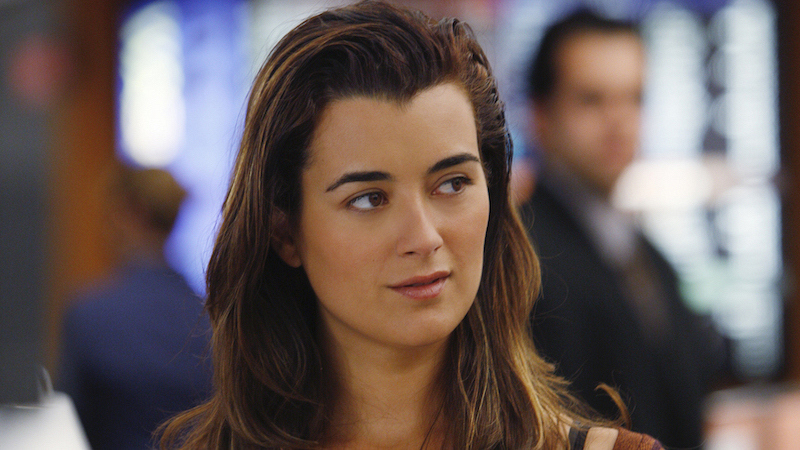 Fortunately, Ziva's clearly done something right as she fulfills a dream and becomes a U.S. citizen.

"Shabbat Shalom" (Season 10, Episode 11)
While the NCIS team investigates the link to a dead journalist and a Navy petty officer, Ziva is taken aback by the sudden emotional visit by her father (Michael Nouri), who she hasn't seen in more than two years.

While Ziva questions the purpose of her father's visit as the Director of Mossad, her father insists he is in the U.S. strictly to see his daughter for Shabbat dinner. A shocking turn of events will forever change two families connected to the team. 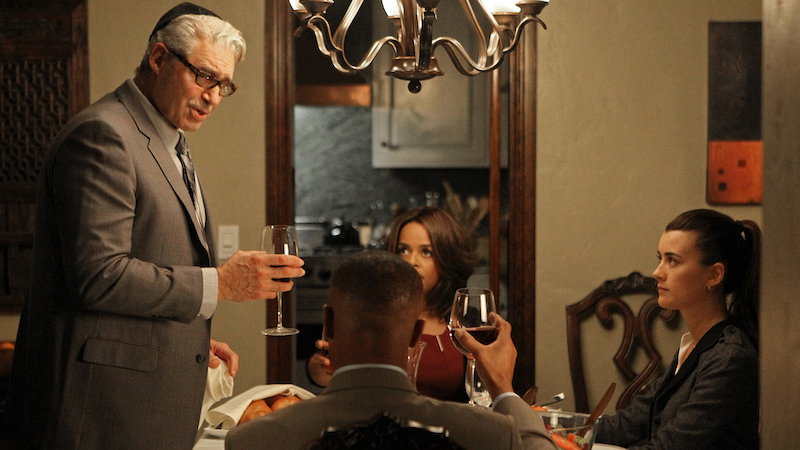 "Damned If You Do" (Season 10, Episode 24)
The international manhunt for Eli David and Jackie Vance's killer turns into a federal witch hunt against Gibbs and the team, which questions their unconventional methods and threatens their future at the agency—in particular, Ziva's. 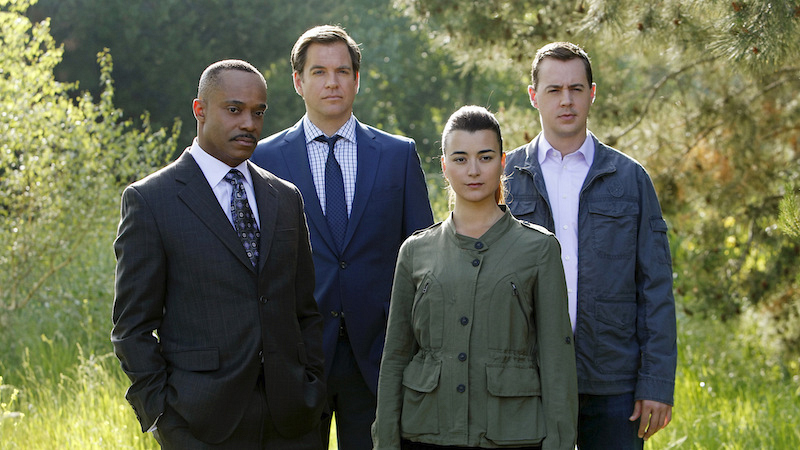 "Past, Present, And Future" (Season 11, Episode 2)
Determined to locate Ziva, Tony chases leads in Israel in search of her current whereabouts—leading to an iconic moment on an airport tarmac.

Meanwhile, Gibbs and the team continue the hunt for Parsa and his growing terrorist ring.

SPOILER: Ziva doesn't technically appear on screen in this episode, but she still plays a central role to the series-altering events and we get a big reveal about her personal life.

"She" (Season 16, Episode 13)
After a malnourished and confused 9-year-old is found hiding in a storage unit, NCIS reopens an old missing persons case when the girl is believed to be the daughter of a Navy recruit who disappeared 10 years ago.

SPOILER: While Ziva isn't seen on camera in this episode, either, Bishop discovers notes that Special Agent Ziva David kept on the case long after NCIS officially stopped investigating. 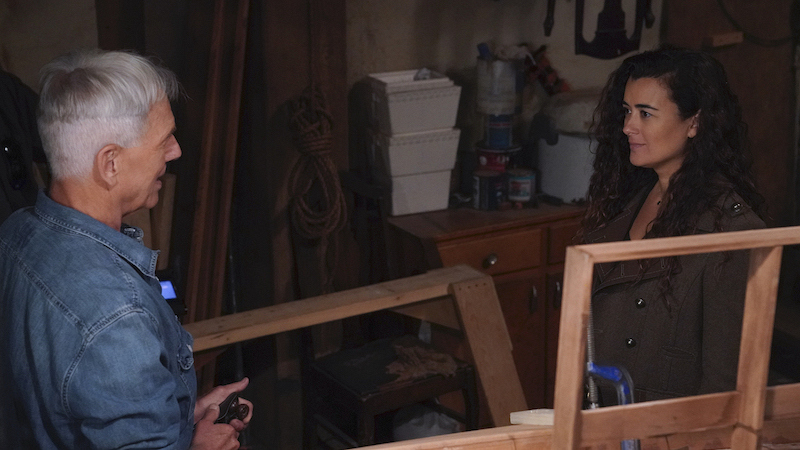 "Daughters" (Season 16, Episode 24)
Former FBI Agent Tobias Fornell (Joe Spano) pleads with Gibbs to do whatever is necessary to take down drug dealers and suppliers in the area after his daughter, Emily Fornell (Juliette Angelo), is hospitalized from an opiate overdose. Gibbs is haunted by the personal aspects of the case and his history with vigilante justice.

In addition to the deep personal history throughout the episode, we get a moment we've all been waiting for—our first glimpse of Ziva in several years. And she's back with a warning for Gibbs!

"Into the Light" (Season 17, Episode 2)
With their lives in danger, Gibbs and Ziva's rogue investigation takes an unexpected turn when a possible terrorist plot is revealed.

An episode packed with personal reunions is punctuated by thrilling action as Ziva proves she still knows how to get the upper hand.