11 Things You Didn't Know About The NCIS Season 13 Finale (And DiNozzo's Farewell!) 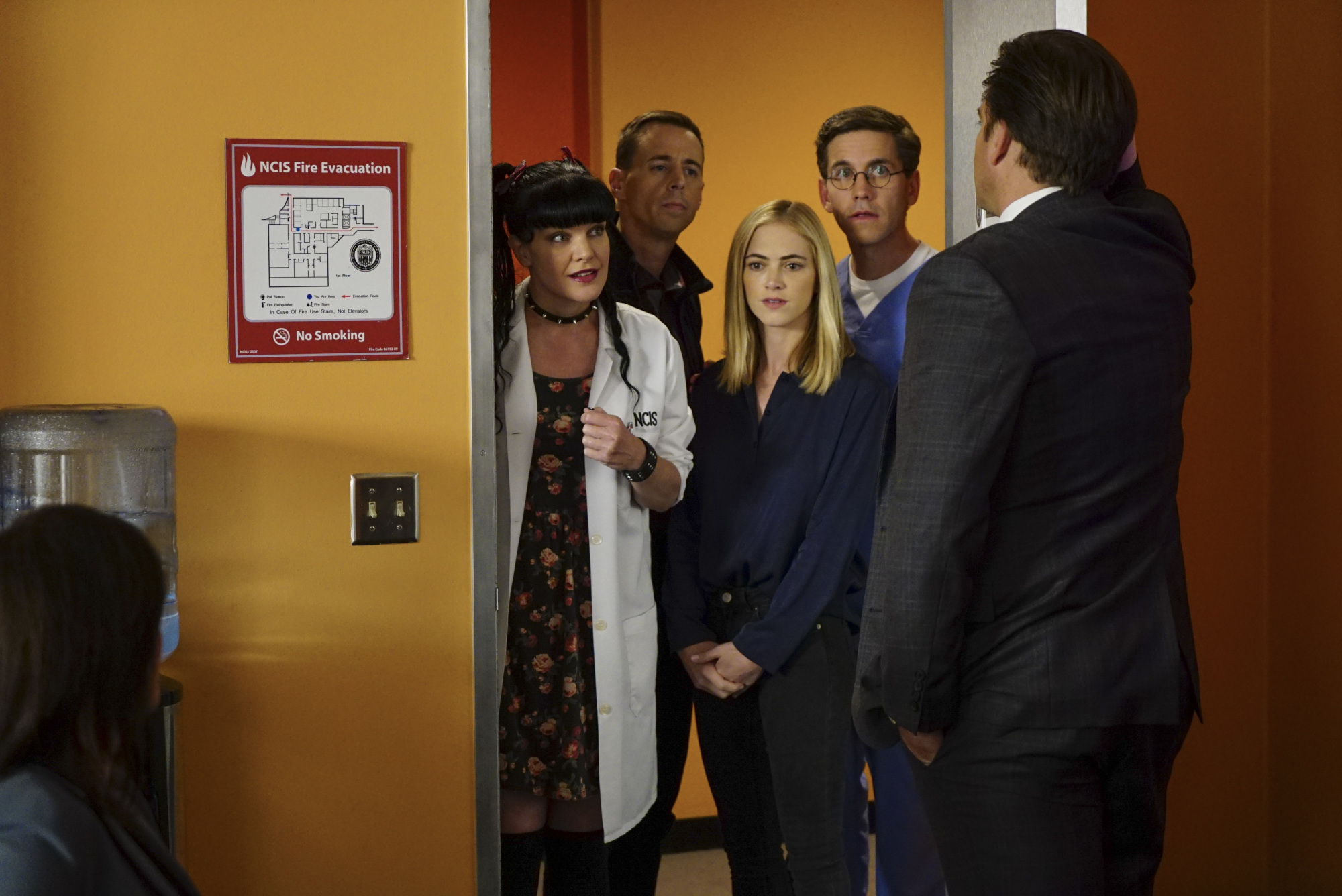 "From the moment the season finale begins, we wanted to set up that family, in whatever shape it comes in, takes priority over anything else," he said. "'Family First' is the title of the episode as well as the undercurrent in every scene." 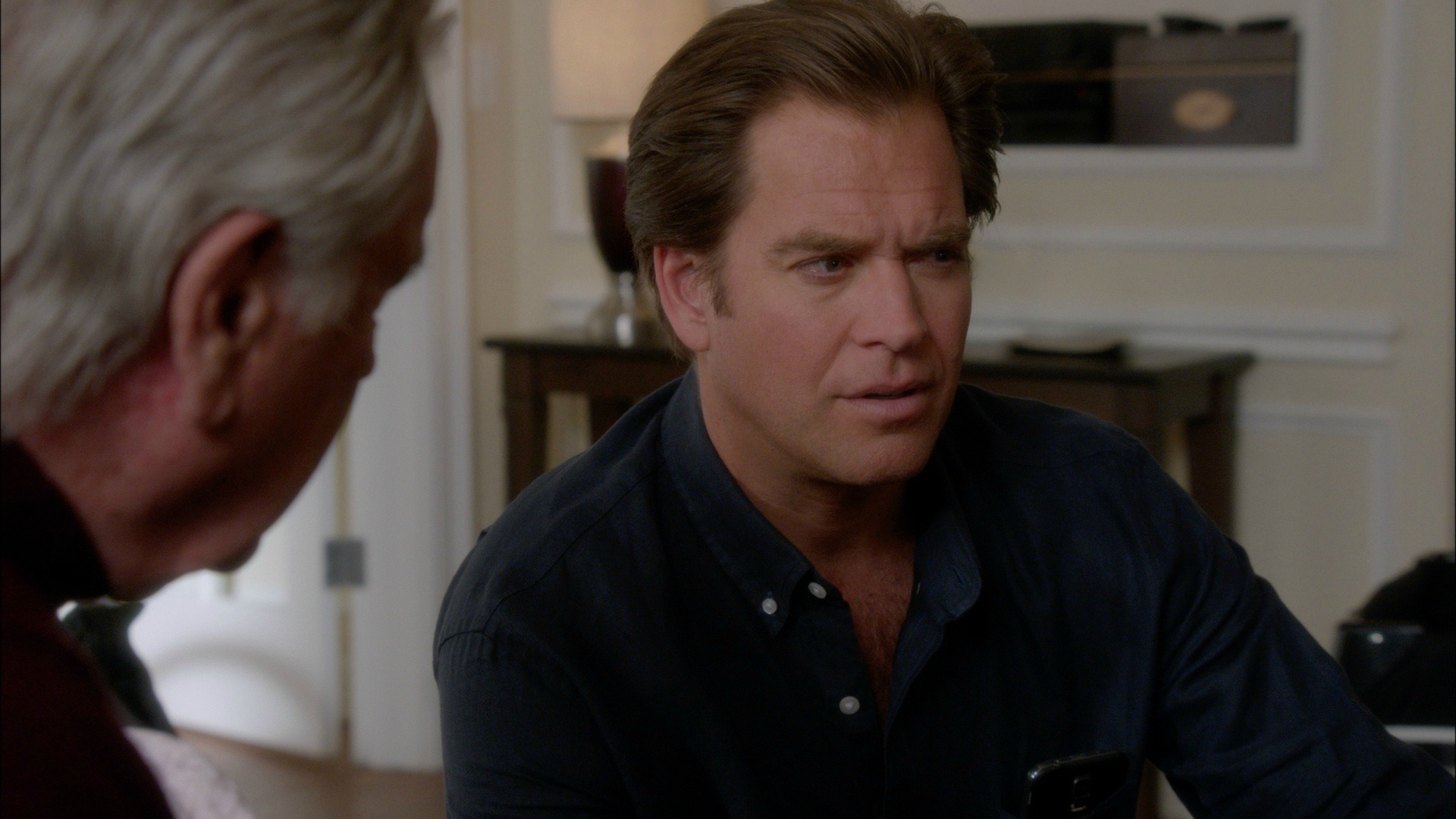 Robert Wagner insisted DiNozzo, Sr. should be there.

"A loss like this would be devastating to the whole team, but this family of agents, first and foremost, wants to be there for Tony as he receives the heartbreaking news," Glasberg said. "Something you should all know: RJ Wagner came to us months ago and genuinely believed Senior should be with DiNozzo when the news came in. As his father and his friend, Senior needed to be there to support his son. RJ said he wouldn't miss this for the world. The entire guest cast really brought their 'A game.' Everyone acknowledged we were making something special." 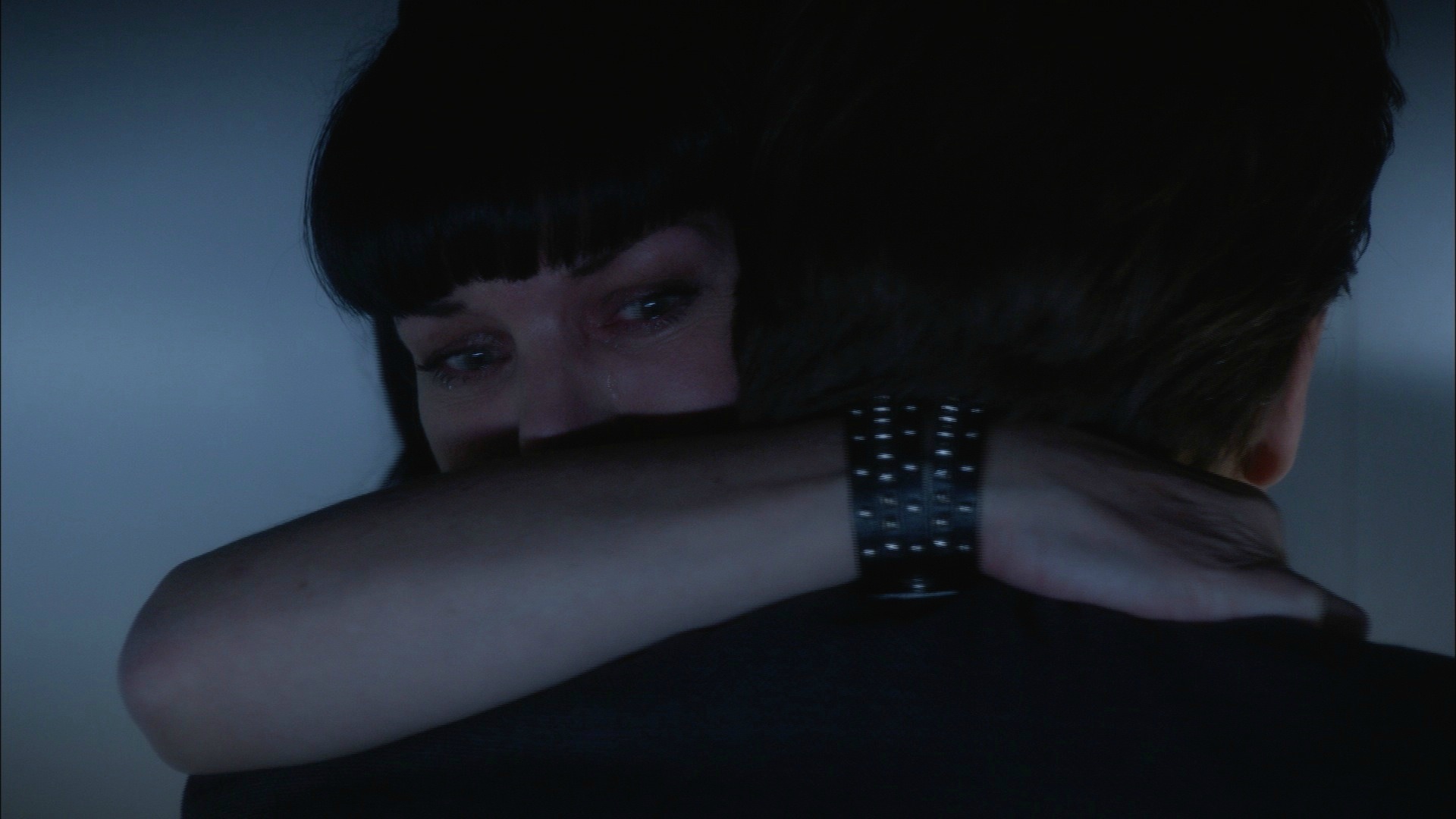 "Tony makes his way through a series of goodbyes," Glasberg said. "First, a raw and very real emotional moment with Abby. Then, a respectful and professional DiNozzo leaves his gun and badge with Director Vance. Vance's appreciative glance says volumes. Then, a warm exchange with Palmer and Ducky summing up years of professionalism and friendship. Finally, a special goodbye with McGee and Bishop. A passing of the baton to Tim. Now, McGee is the 'Very Special Agent.' And, Tony and Bishop had become true friends."

"Oh, and take a look in that box Tony is carrying. Lots of fun stuff in there, from a photo of Kate to other assorted NCIS mementos. And, with that, Tony is off to be with Tali, his family. The next chapter for Anthony DiNozzo, Jr." 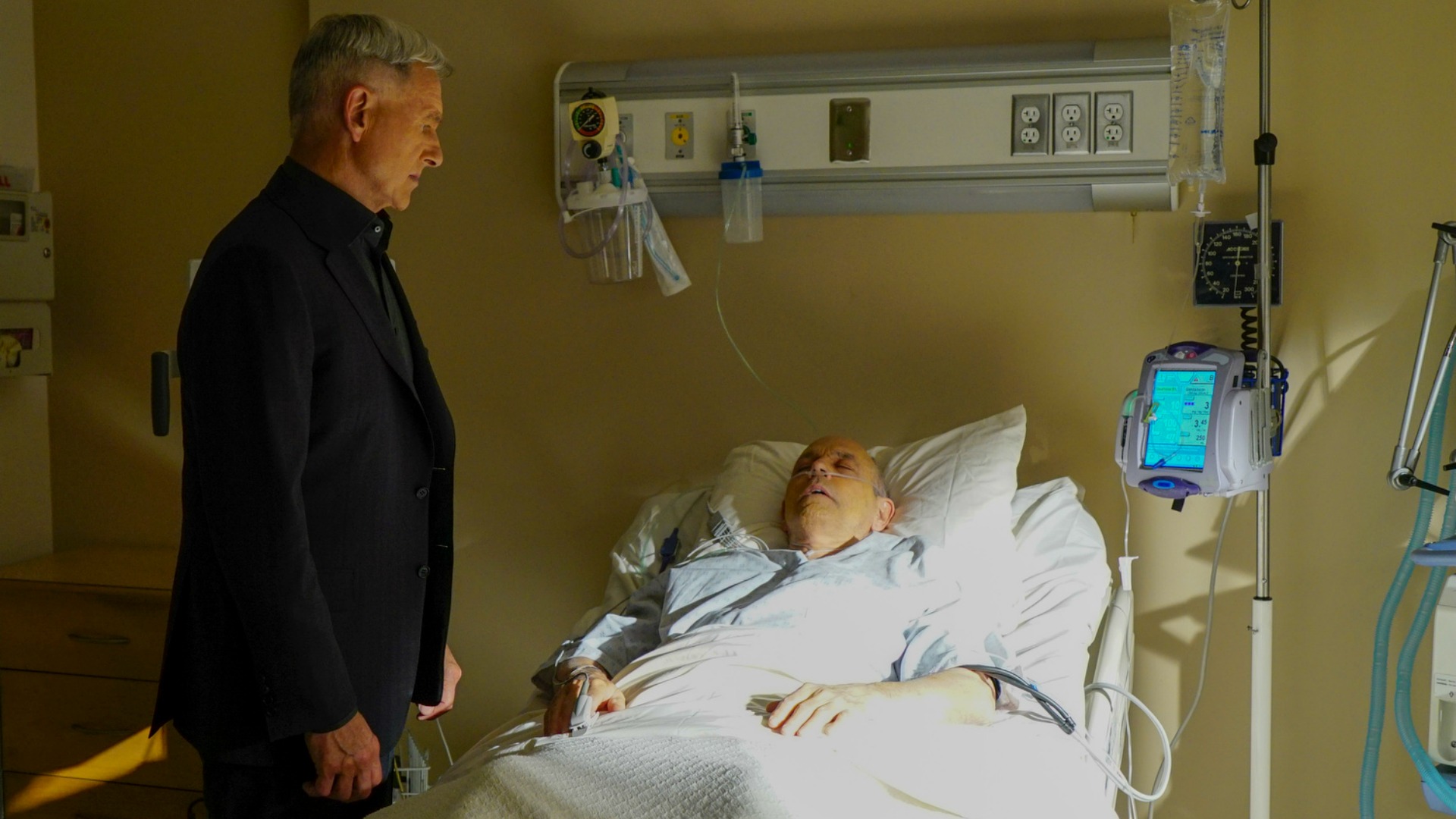 Big things are in store for Fornell next season.

"For months, Joe Spano and I have been talking about trying something new and different," Glasberg said. "When people experience a severe trauma that leaves them injured and in need of rehab, they face some mammoth hurdles in the future. Often, injured characters on TV instantly recover. Fornell will have a more realistic road ahead of him. Spano is excited. I'm excited. Watch him in Season 14. He's a truly gifted actor." 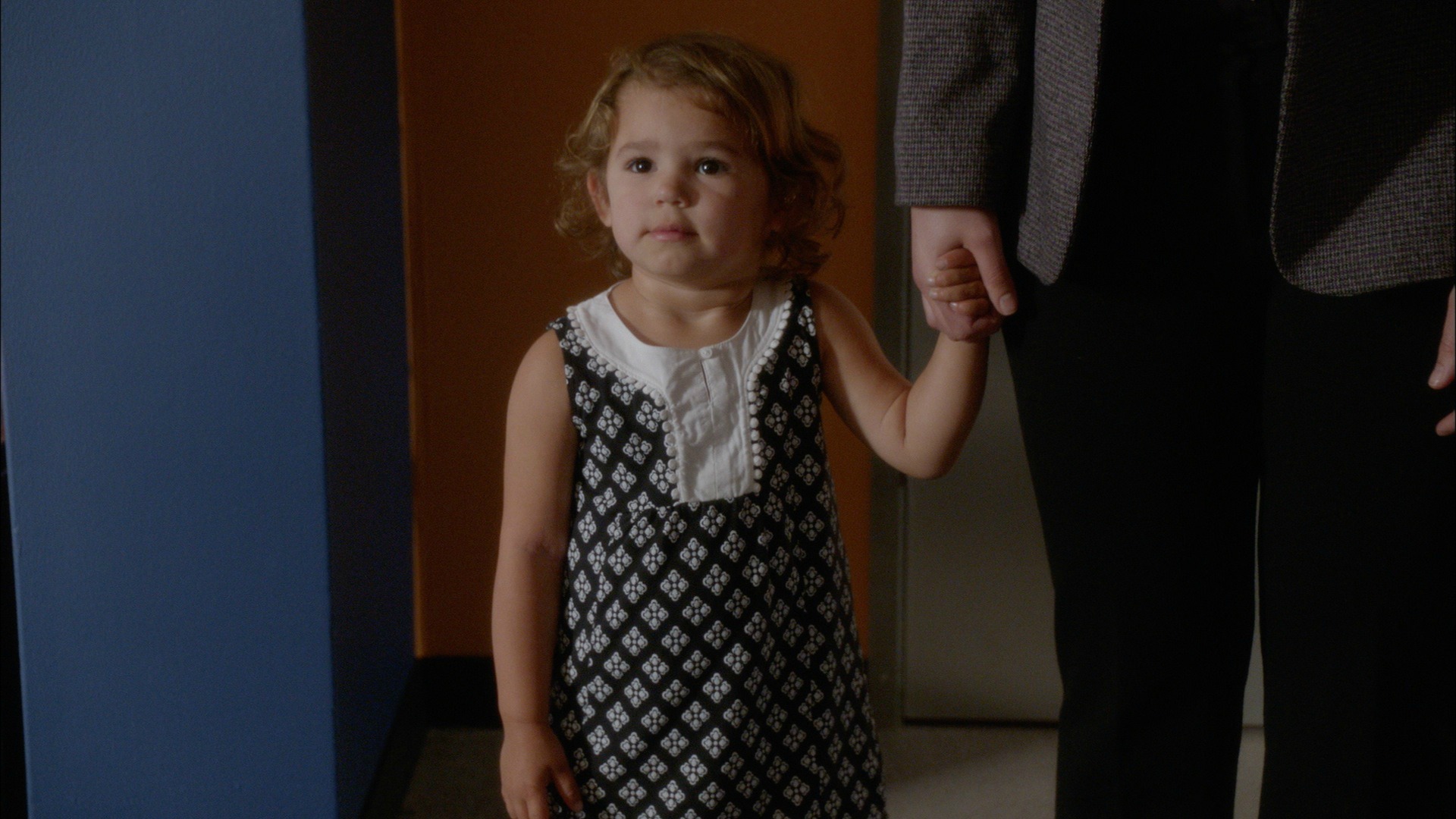 DiNozzo's choice was based on input from actual federal agents.

"For months the writers have been discussing with me (and Michael) what would motivate Tony DiNozzo to leave his NCIS family," Glasberg said. "It would have to be something so powerful no one would disagree. It couldn't be another job. It couldn't be about money. I even struggled with it being for another relationship."

"Hours, days, we sat in the writers room talking. Being a field agent is dangerous. And, if you're suddenly a single parent, do you continue to take that risk every day? Or, does having a child change everything? Based on all of our research, talking to actual federal agents and law enforcement officers, it certainly does change things. And, now Tony would do anything for that little girl. Anything." 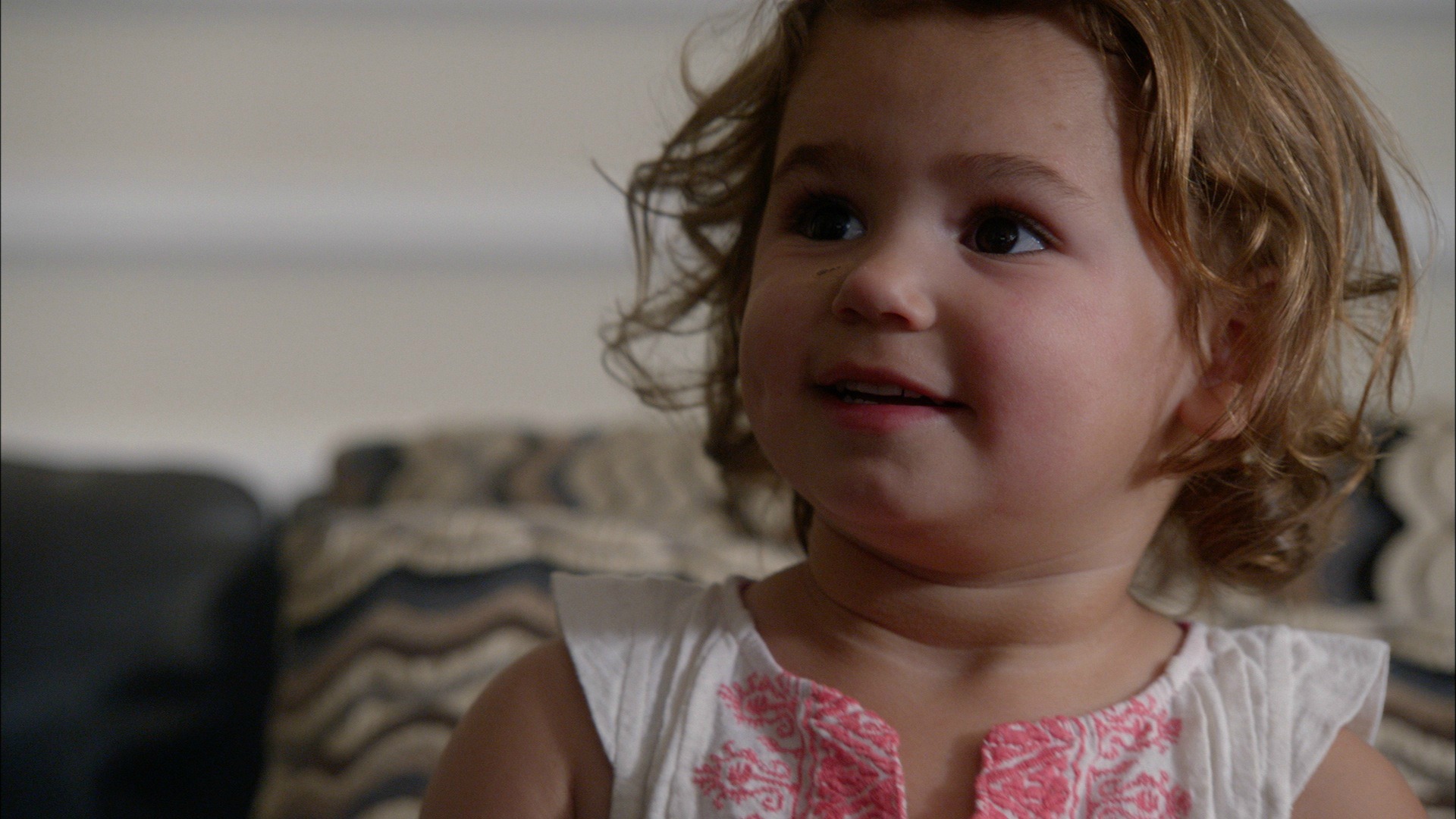 Ziva would have introduced DiNozzo to Tali eventually.

"The real question is, why didn't Ziva tell him sooner," Glasberg said. "Because, like Orli says, Ziva always wanted Tony to live his life. You all know Ziva as a fiercely independent character. We truly believe she was planning to introduce him to his daughter when the time was right. Should that frustrate and anger Tony? Of course, it should."

"But, he also knew Ziva well enough to understand. And, at the end of the day, look what she's given him. A new sense of purpose. A new chapter. A new beginning. A new love. We knew it would take something enormous to make Tony put down his badge. Tali is that very special something." 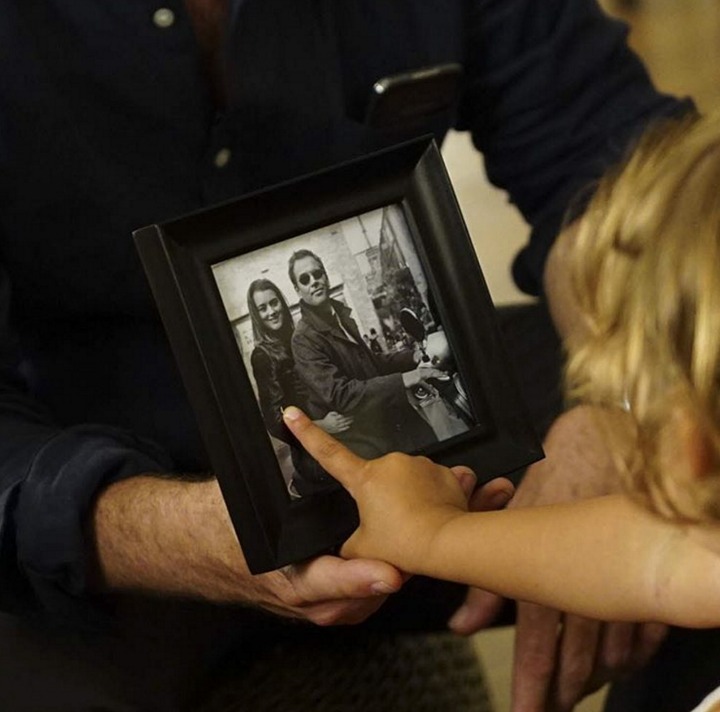 Tali was played by twins.

"Tony finding the photo of he and Ziva in the go bag and showing it to Tali is one of my favorite scenes in the episode," Glasberg said. "This is where all the puzzle pieces really fit together. This is where Tony realizes how much Ziva truly cared for him and that she wanted him to be in Tali's life. It's also where Tony acknowledges (off screen after this revelation) to join his team and confront Kort. Go back and watch this scene again. It really covers a wide range of story and emotion."

"And, how about the little girls that play Tali? Aren't they great? (That's right folks...twins.)" 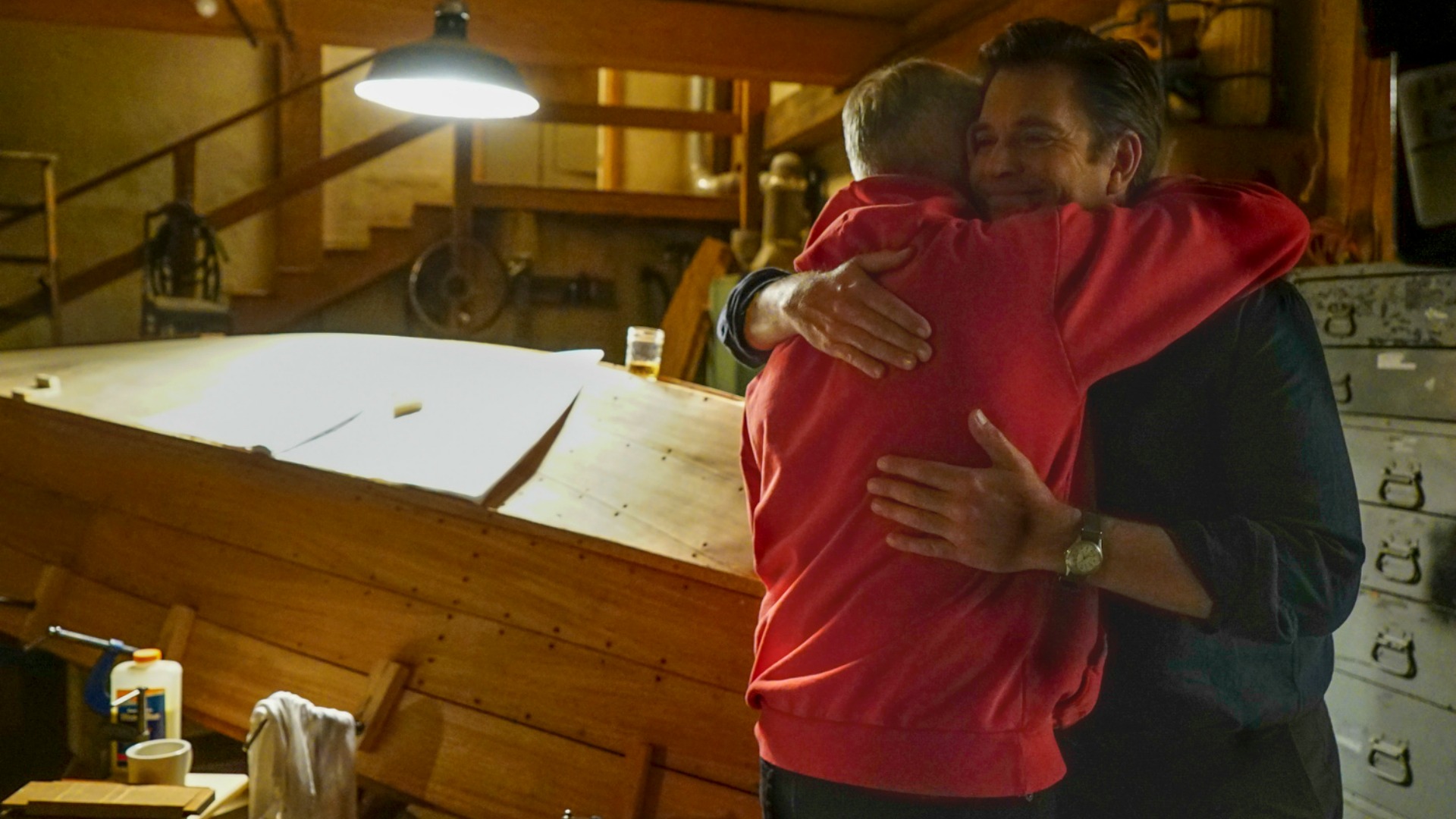 "Everyone came to watch this scene be filmed," Glasberg said. "Watch Mark Harmon's brilliant decision to start to head slap Tony and then cradle his head in a warm embrace instead. Thirteen years as friends and co-workers. Good stuff." 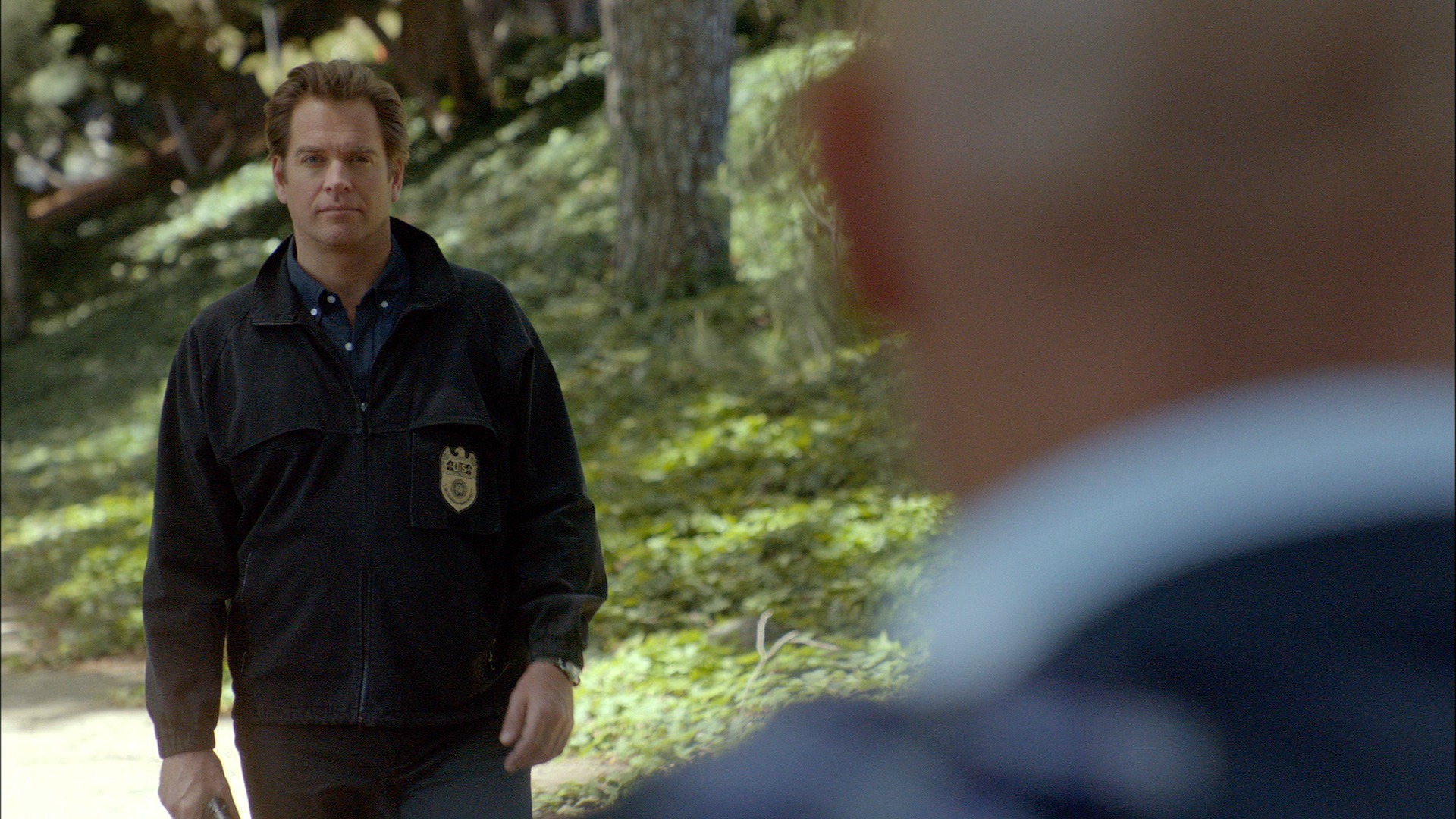 "This couldn't just be about Tony taking down Kort," Glasberg said. "The whole team is invested. The whole team needed justice. Kort reaches for his gun, and they respond. They respond decisively as a group, as a family. Words aren't necessary after that. The damage is done. Justice is bittersweet." 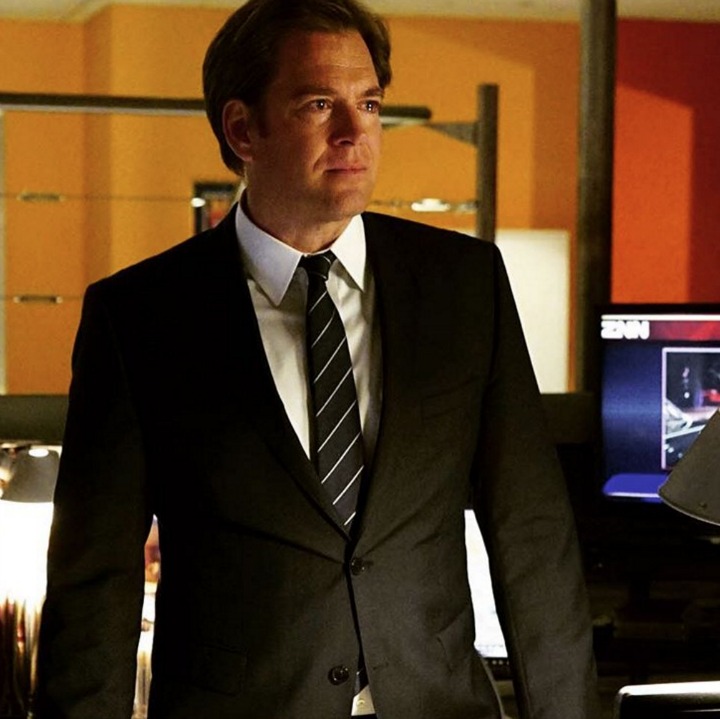 Michael Weatherly prepared differently to show a side of DiNozzo we'd never seen before.

"This scene was a powder keg for Michael," Glasberg said. "We could see it in his eyes from the moment he stepped on set. He prepared for this scene differently than anything we'd seen before. We could see it in his emotional state, the way he looked at Ziva's desk, and his body language. Michael wanted to experiment and try some new things, and we were all for it."

"Every member of the crew witnessed a shift that day in the Tony character. DiNozzo's world had officially been rocked. Tony wants answers and he refuses to believe Ziva is dead. Who can blame him? He wants proof. We wanted to make sure all those emotions and uncertainties were properly presented. I've watched this scene a hundred times now. It's NCIS at its emotional best." 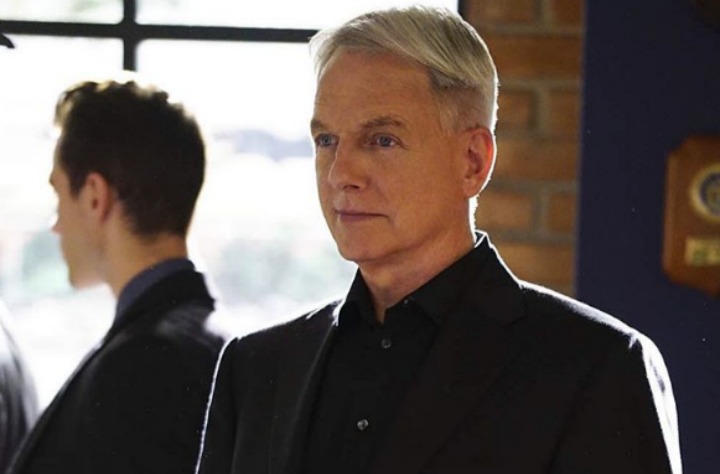 DiNozzo really is at peace.

"Finally, we leave you with some thoughts to consider over the summer as everyone rests, recovers, and recharges," Glasberg said. "We are eager to show you what NCIS has in store for Season 14. Heck, we've got some great stuff headed your way. And, that's the truth."

"But, here's what I'd like to say before I go. We have no intention of trying to replace Tony. We can't. He was, and always will be, a huge part of this show. All we can do is move forward, evolve, and continue on this amazing journey for seasons to come. We truly hope you enjoyed the season finale."

"That said, before I go, I urge everyone to go back and watch again. Really watch and listen. Hear what's being said. Pay attention. Tony DiNozzo is at peace, and he and Tali are moving on, searching for answers and happiness.—just like the team has to move on, as well."