The NCIS team has tackled hundreds of dangerous and high-profile cases over the past 14 years—from chasing terrorists overseas to stopping serial killers domestically. But perhaps some of the most notable takedowns happened when they weren't themselves, at all! Read on for a look back at some of the most memorable times the agents adopted different identities and went undercover on NCIS. 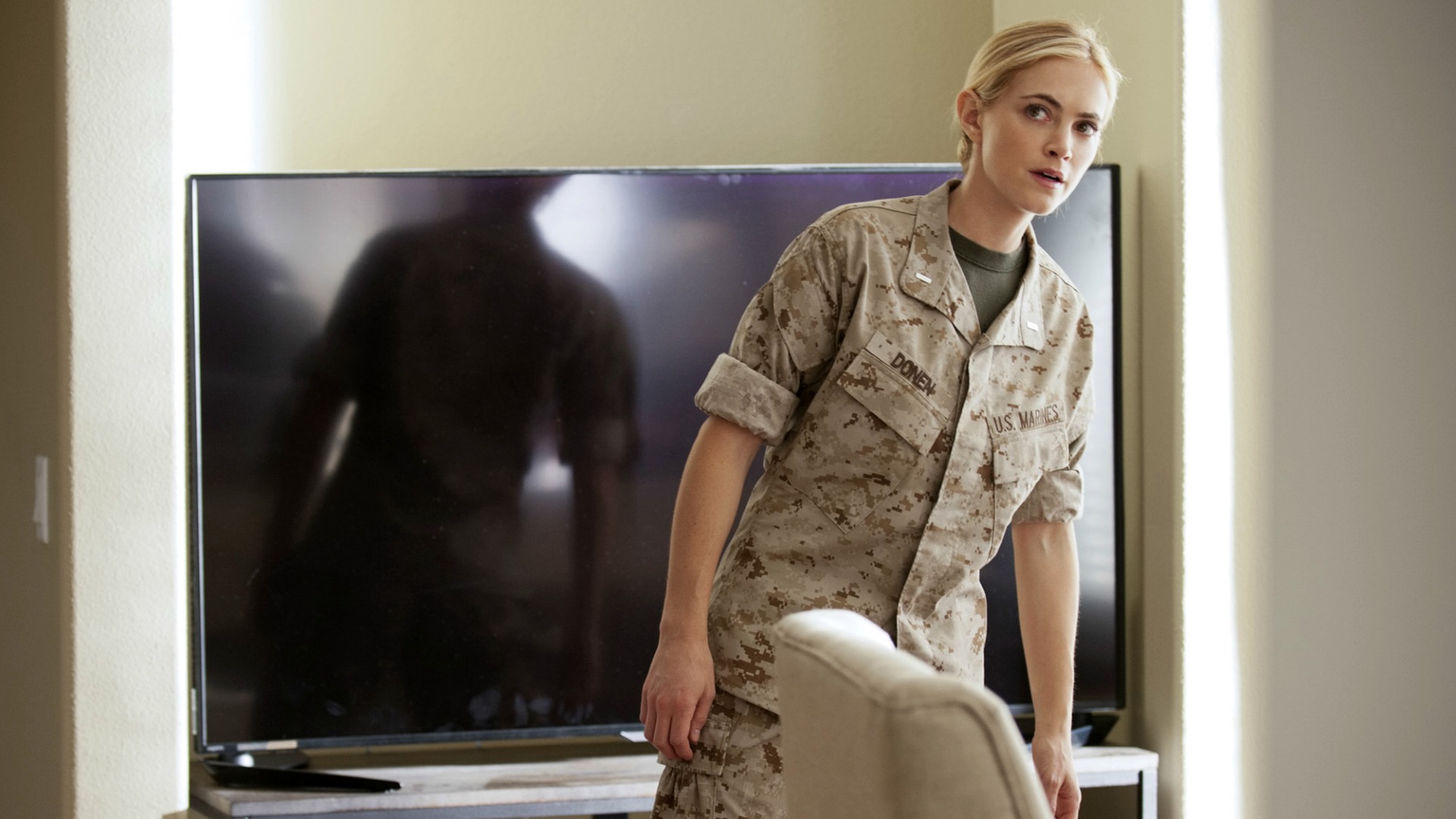 The NCIS team has tackled hundreds of dangerous and high-profile cases over the past 14 years—from chasing terrorists overseas to stopping serial killers domestically. But perhaps some of the most notable takedowns happened when they weren't themselves, at all!

Remember when Gibbs disguised himself as a computer whiz? What about the time McGee paraded around as a literary ladies' man?

Let's take a look back at some of the most memorable times the agents adopted different identities and went undercover on NCIS. 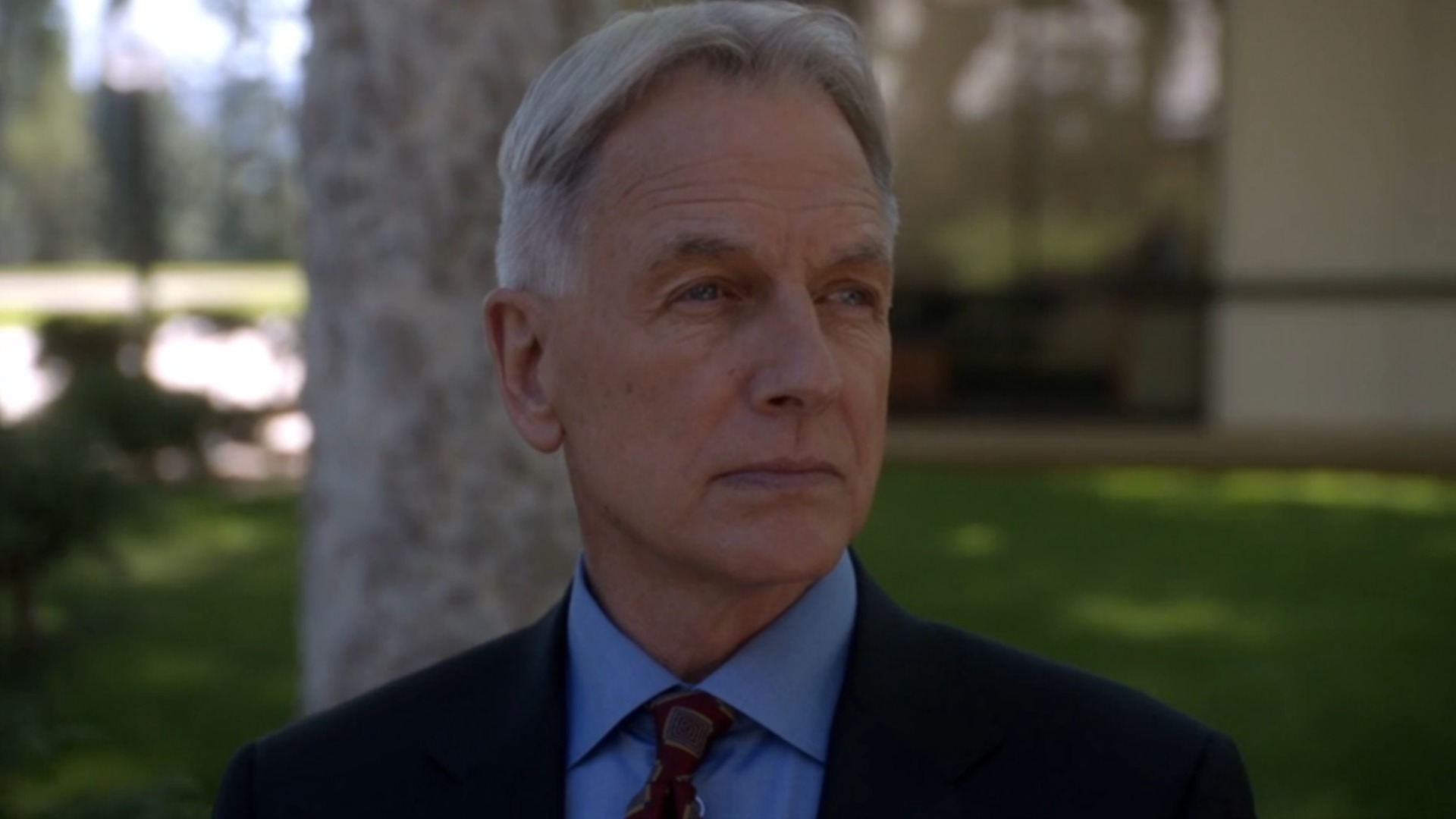 Gibbs played politics for a day.

When a couple of perpetrators stole NCIS Special Agent Anthony DiNozzo's identity to blackmail U.S. senators, Gibbs and McGee put on their dapper duds and hit the streets as undercover politicians. With the $20,000 bait in hand, the duo set up an exchange and apprehended the phony Tonys. 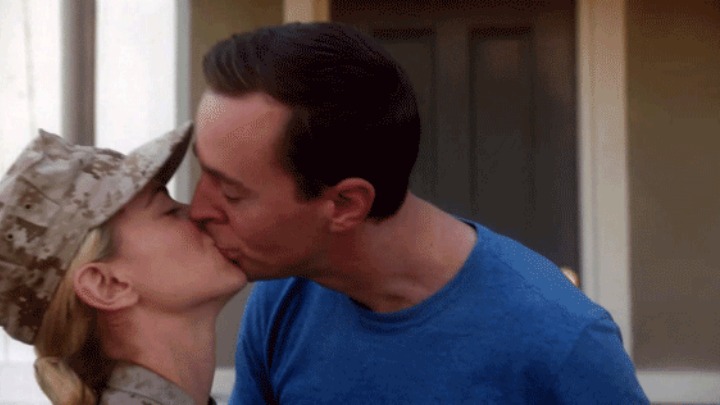 No, there's nothing wrong with your eyesight. Bishop and McGee totally kissed—but it wasn't as romantic as you might think.

These two not-really-in-love birds shacked up as a married couple to keep watch on their new "neighbors," a Marine lieutenant and his wife, who were suspected of foul play.

Watch the shocking kiss in "Incognito" (Episode 3, Season 13 of NCIS). 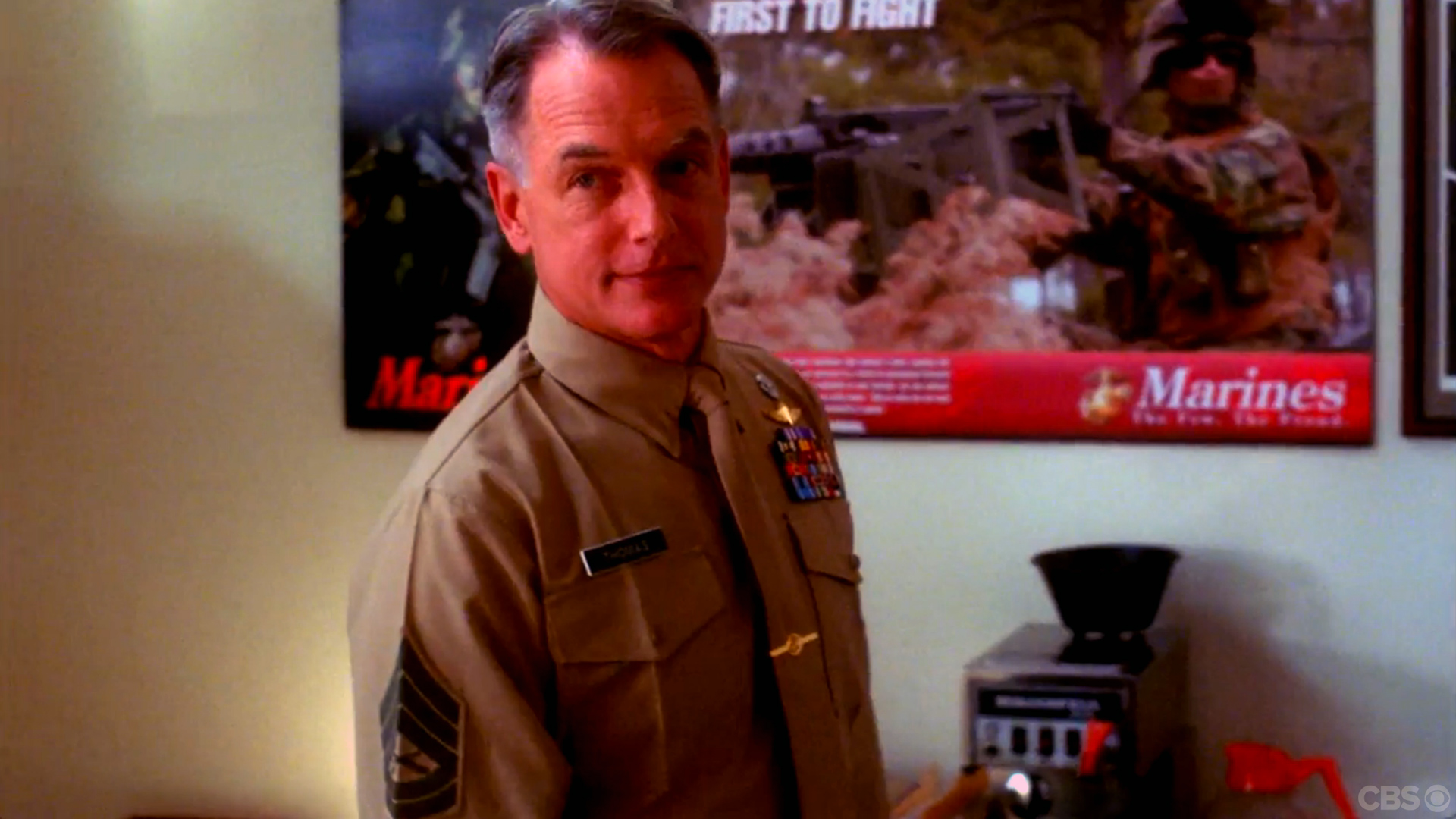 After a highly skilled sniper assassinated a couple of Marines recruiters, Gibbs put on his khakis and stepped into his new role as Gunnery Sergeant Alvin Thomas, the latest recruiting officer to brave the post. With NCIS Special Agent Kate Todd by his side, Gibbs put himself in danger to ensure no other Marines could be harmed. 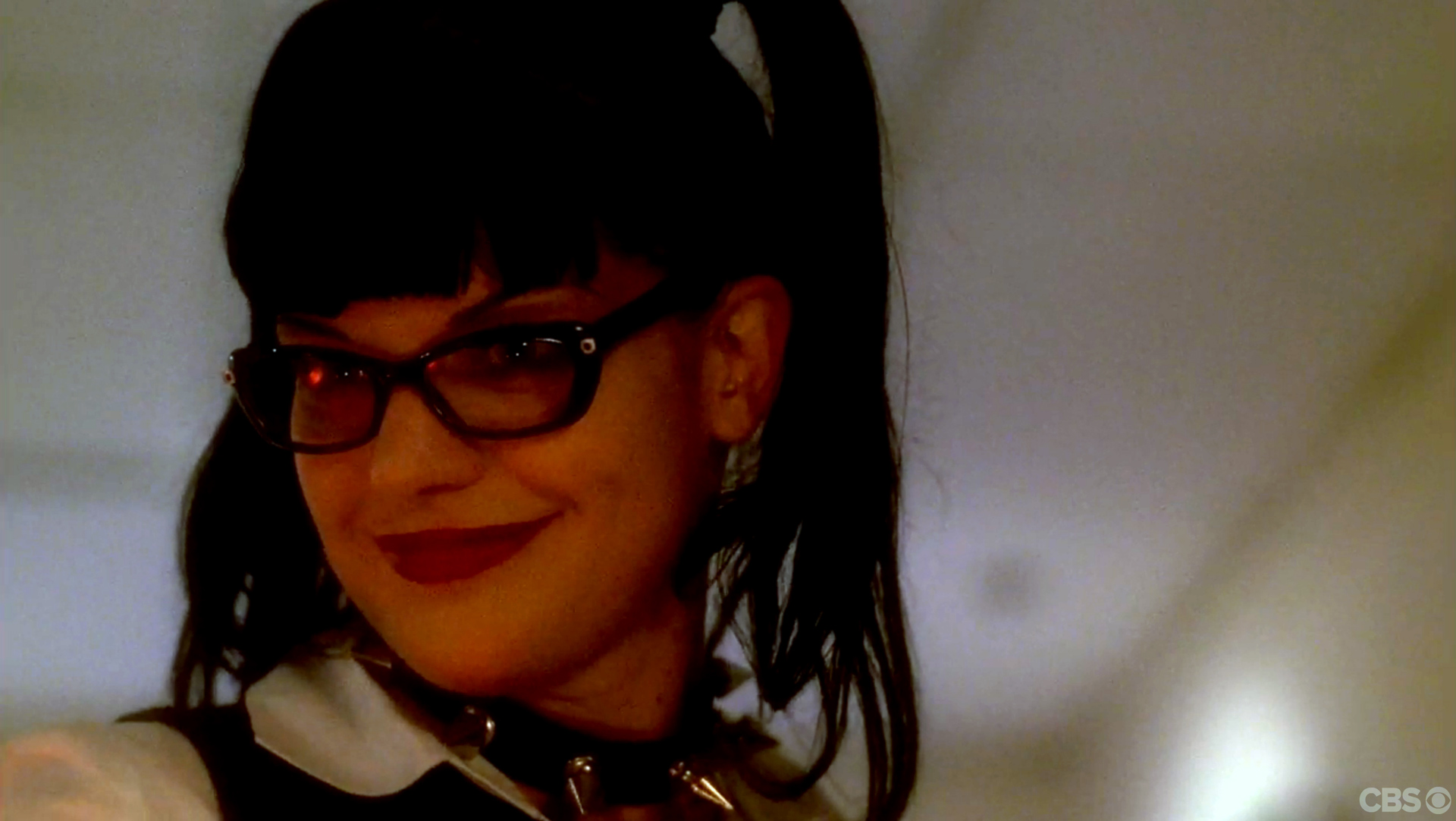 Abby went behind the scenes of an online fetish company.

A Marine's wife nearly killed a man who broke into her house to fulfill a violent sexual fantasy in what NCIS initially considered a one-time offense.

But, as the team dug deeper into the case, they learned their perpetrator was a serial killer who used a racy online site to hunt and kill victims. To find out more about the killer and her chosen clientele, Abby took a job as the site's IT tech guru—although, the manager offered her a much more salacious gig! 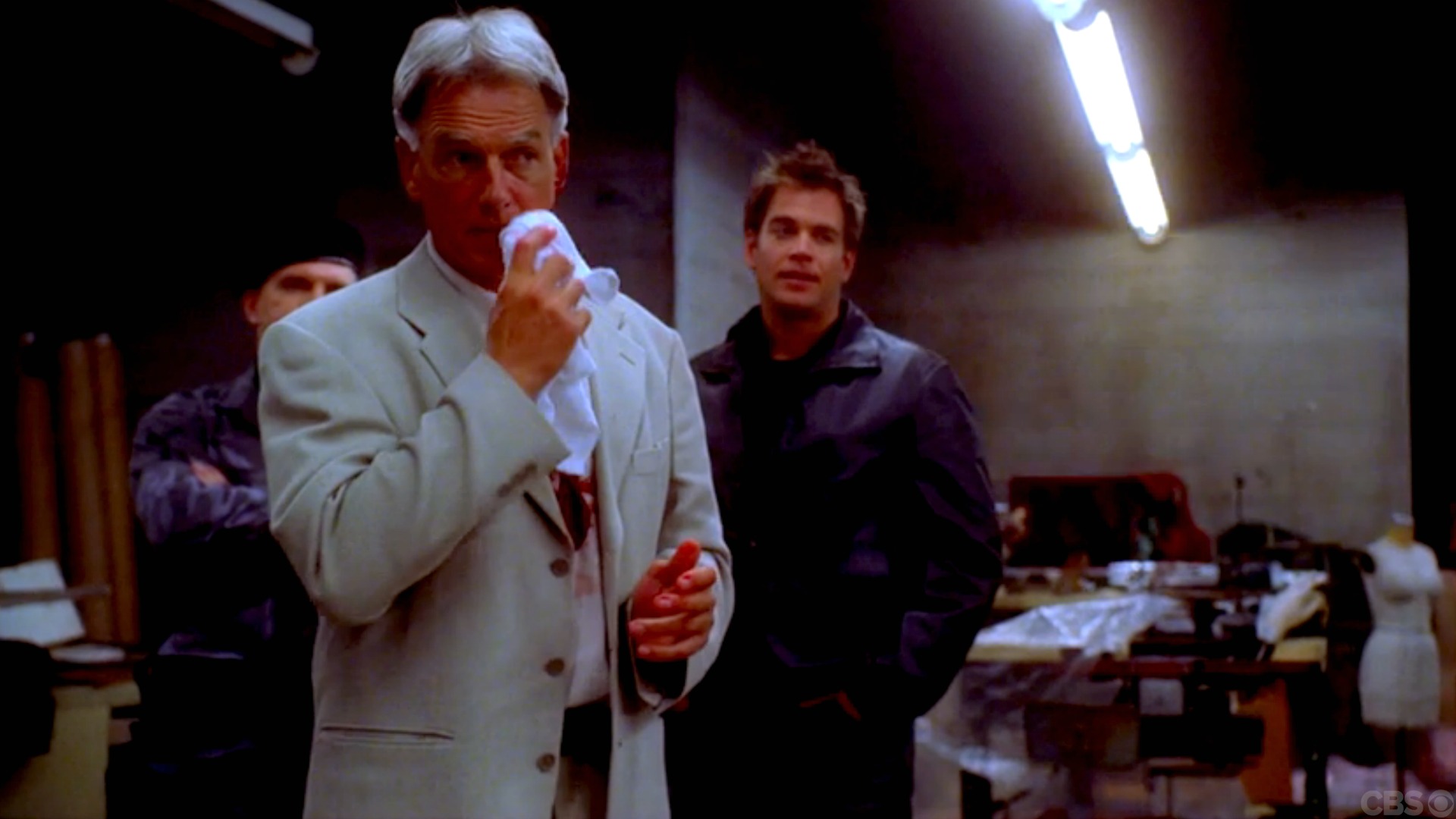 Gibbs threw himself into an arms race.

When NCIS traced the death of a Marine back to a gun-smuggling ring, Gibbs knew the only way to take the criminals down would be from the inside. With Abby's expert help, Gibbs transformed into an ex-military arms dealer and headed to an abandoned warehouse for a meeting with a vicious militant group hellbent on taking down the U.S. government.

Watch the explosive exchange go down in "Split Decision" (Episode 21, Season 1 of NCIS). 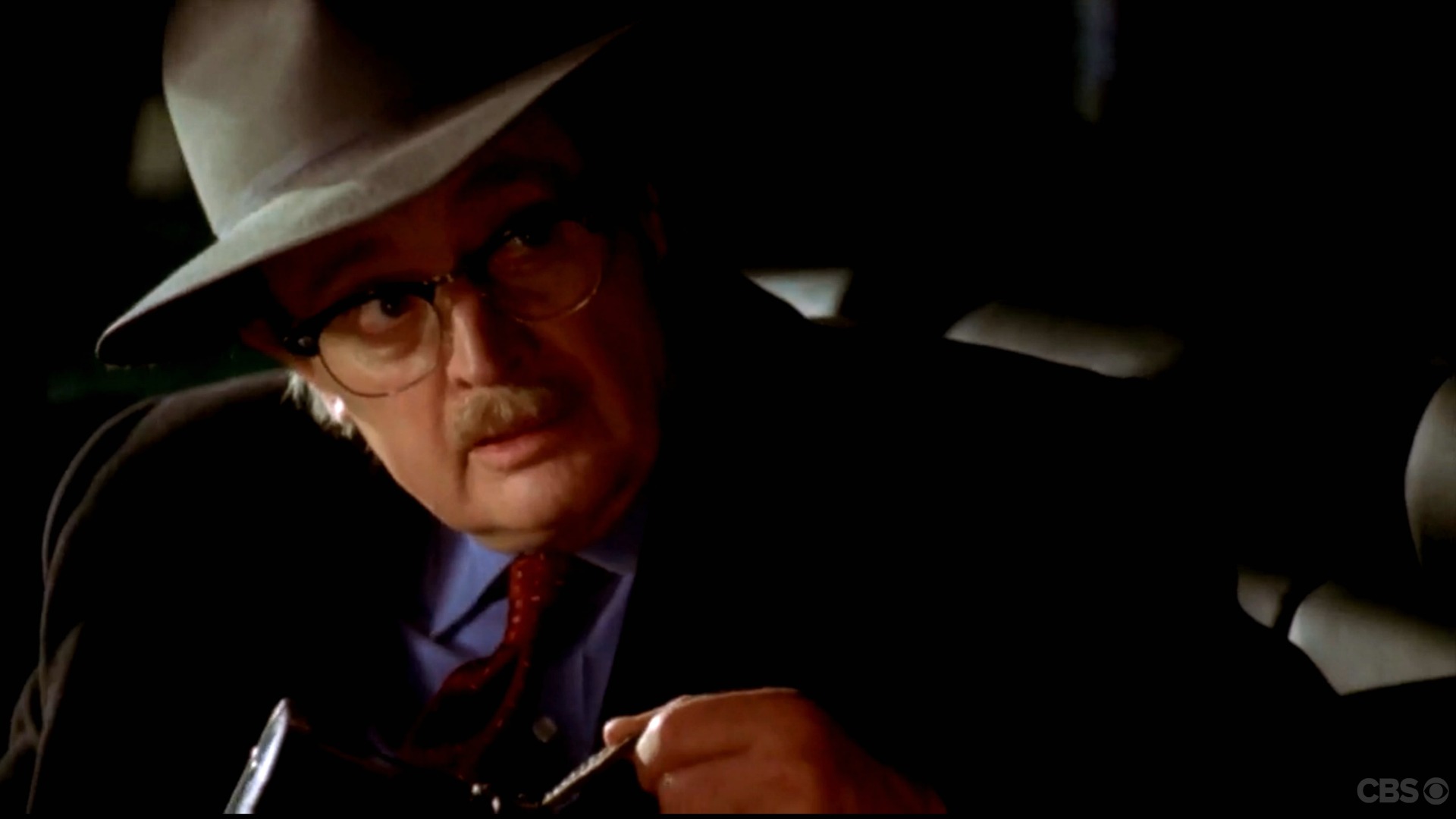 Ducky rocked a 'stache to fool the infamous La Grenouille.

Gibbs called Ducky a "natural" when he went adopted the identity of Charles Harrow and arranged for a high-profile meeting with a world-renowned arms dealer, René Benoit, a.k.a. La Grenouille.

Equipped with a fake mustache and ARES, a powerful and confidential weapons system, Ducky gained direct access to La Grenouille and his cohorts while also snatching a bag of diamonds.

Watch Ducky show off his undercover chops in "Blowback" (Episode 14, Season 4 of NCIS). 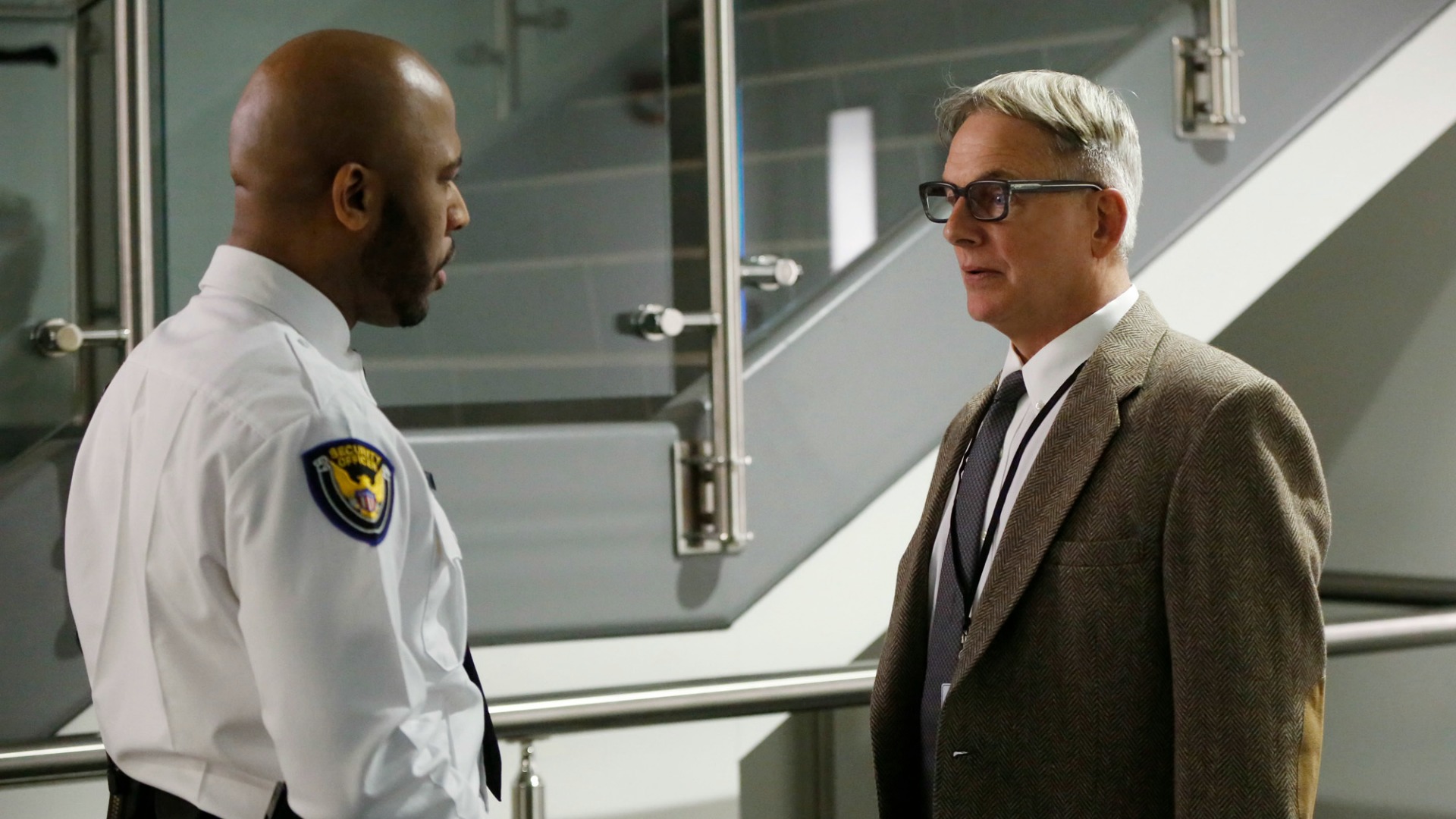 Gibbs is a master of many things, from mentoring NCIS agents to meticulously crafting a boat. But for all of his strengths, Gibbs has a glaring weakness when it comes to modern gadgets. Of course, his aversion to social media could never keep him from committing to a case.

When the identity of a murder victim is linked to one of Gibbs' former aliases, the team is put to the test to uncover just who the man was, what he was looking for, and why he was using the old guise.

There was just one tiny problem. To get the answers to his questions, Gibbs had to once again adopt his undercover persona as IT guru Leland Spears.

Watch Gibbs show off his tech-savvy in "Blast From The Past" (Episode 16, Season 12 of NCIS). 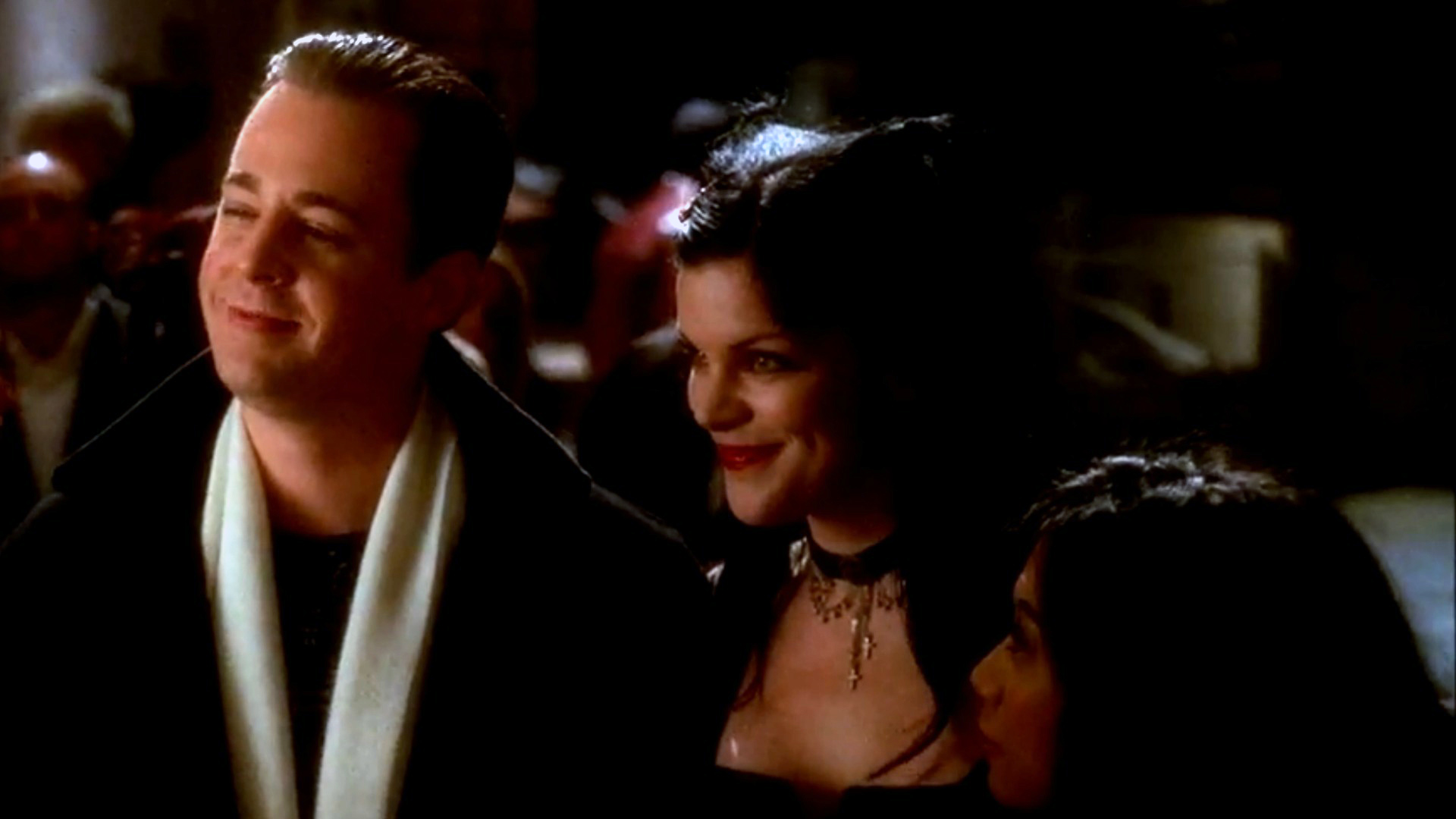 McGee paraded around as a literary bad boy.

Local law enforcement and NCIS ran into issues when the body of a dead sailor was discovered at a private club, whose owner would do anything to restrict access to protect his drug-dealing clientele. Thankfully, NCIS has a reputation for pumping up the creativity to get what they need.

To gain access to the exclusive club, McGee went undercover as the best-selling author Thom E. Gemcity and brought two dashing ladies (played by Abby and Ziva) on his arms.

Watch McGee become the center of attention in "Friends And Lovers" (Episode 15, Season 4 of NCIS). 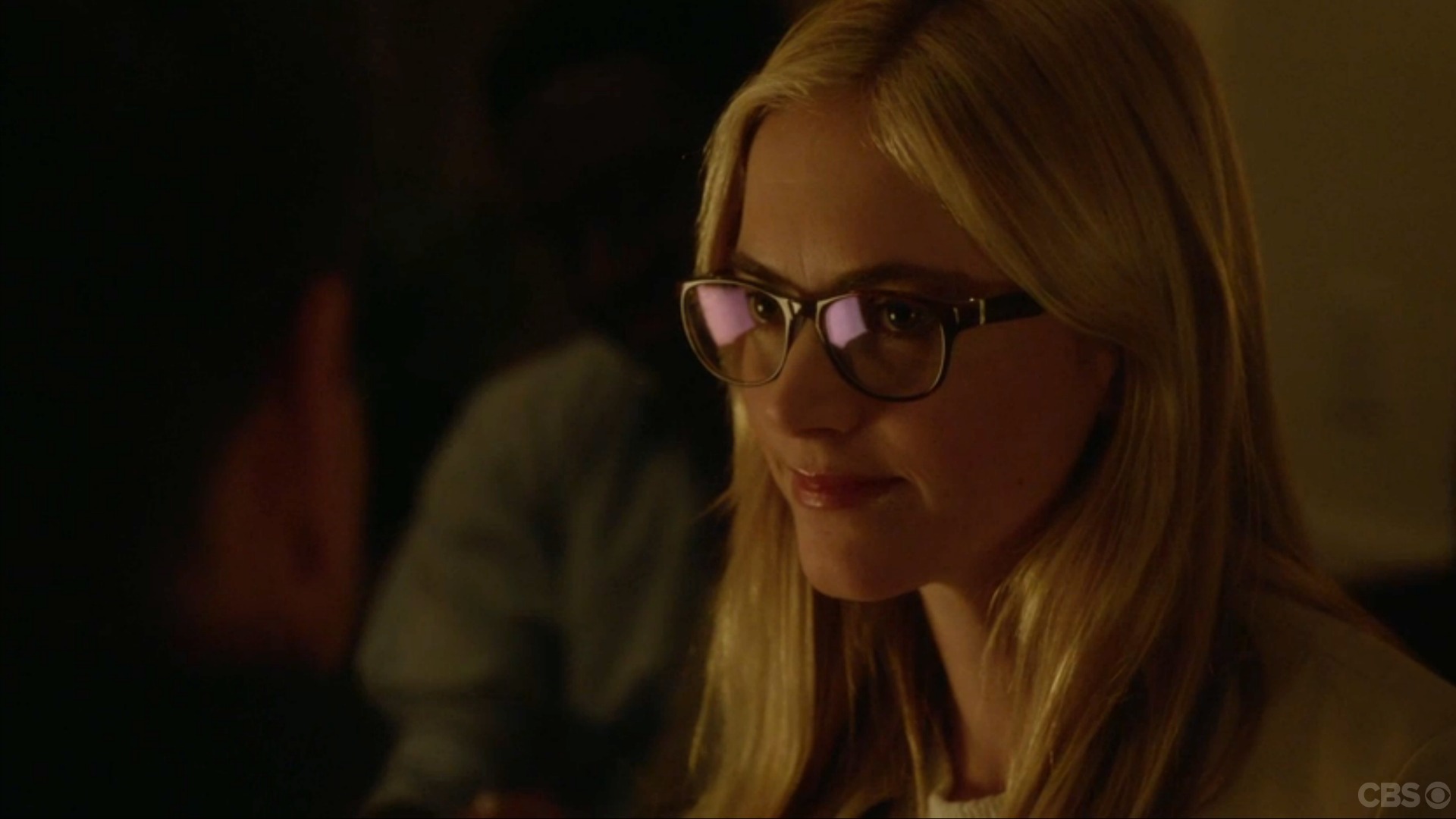 Bishop and DiNozzo went undercover to what they thought was going to be a parenting class after DNA evidence traced them to family therapist Dr. Soto; but, once they arrived, they received a massive surprise.

Instead of taking a seat for some deep-breathing exercises, the "newlyweds" found themselves in the middle of a couple's intimacy class!

Watch them grapple with the hilarious turn of events in "Patience" (Episode 19, Season 12 of NCIS). 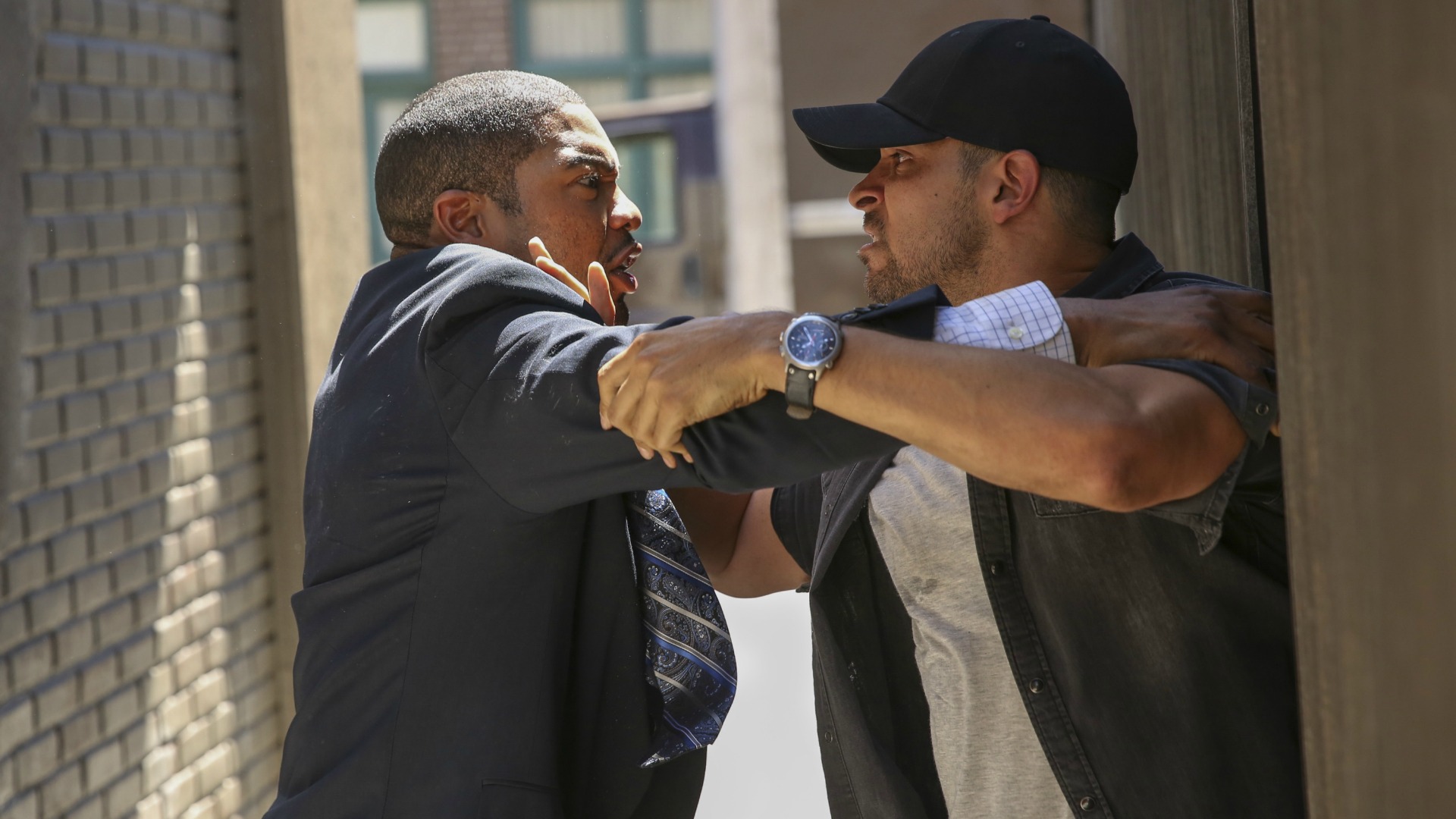 Torres spent the majority of his career on daring undercover missions.

NCIS Special Agent Nick Torres may be new to the D.C.-based team, but he's no stranger to top-secret assignments in the field. Before he flew to the capital, Torres spent months on an undercover task in Argentina, leaving many friends and colleagues to presume he was dead.

Watch Torres burst onto the scene in "Rogue" (Season 14, Episode 1 of NCIS). 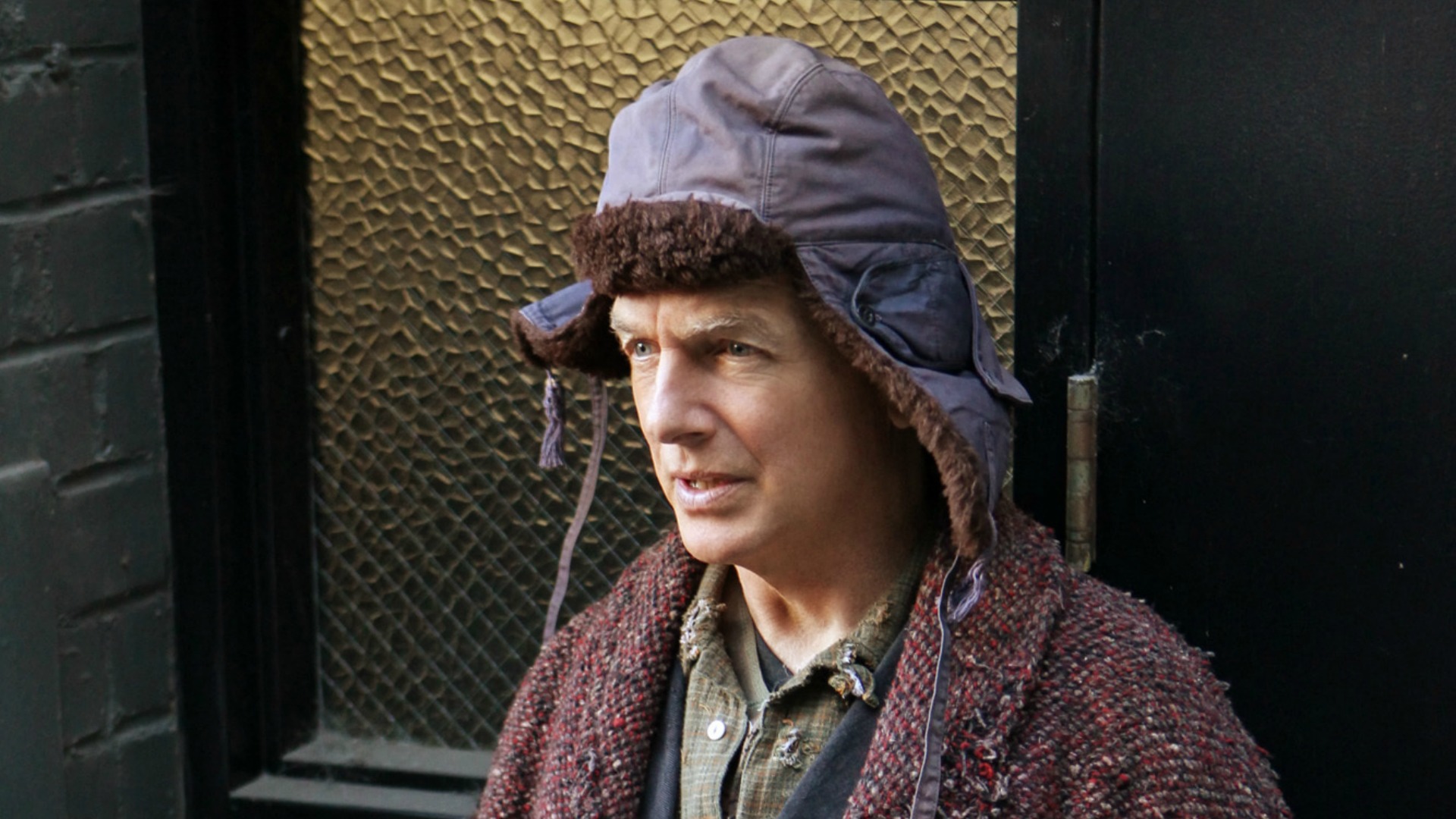 Gibbs posed as a homeless man.

Though Gibbs typically looks polished, he swapped his dress shirts and slacks for a hodgepodge outfit while undercover on an important assignment.

When a cyber attack lead to the death of an NCIS agent, Gibbs and the team staked out in adopted aliases—McGee played a building maintenance man, Ziva played a floozy, and DiNozzo hid out in a dumpster—to catch Ajay Khan, a hacker, who could lead them to the world's most-wanted cyber-terrorist.

Watch them work together to take down Khan in "Canary" (Episode 14, Season 10 of NCIS).