Densi's Engagement Was The Uplifting Ending We've Been Rooting For On NCIS: Los Angeles

The Season 8 finale delivered in a big way for Kensi and Deeks.

The last couple episodes of NCIS: Los Angeles were extremely grim for Sam (LL COOL J), after taking down the man responsible for killing his wife—and going rogue in the process.

STREAM: Episodes Of NCIS: Los Angeles On CBS All Access

However, there was a little light in the dark in the Season 8 finale—a phoenix rising from the ashes, if you will—as Kensi (Daniela Ruah) made the sudden decision to propose to Deeks (Eric Christian Olsen). 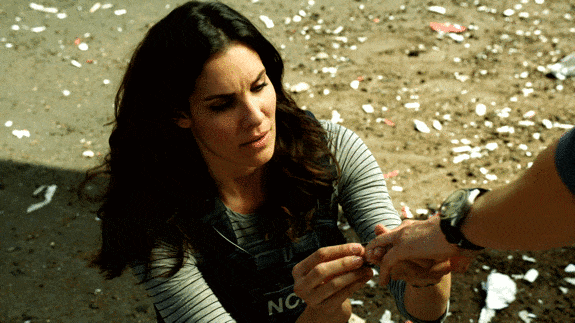 As fans saw in "Unleashed," the moment was spurred by a conversation between Kensi and Nell (Renée Felice Smith) mere minutes after Sam had avenged Michelle.

Now knowing that any moment could be their last, Kensi realized there was no time like the present to make it official with her one true love—and Deeks agreed! 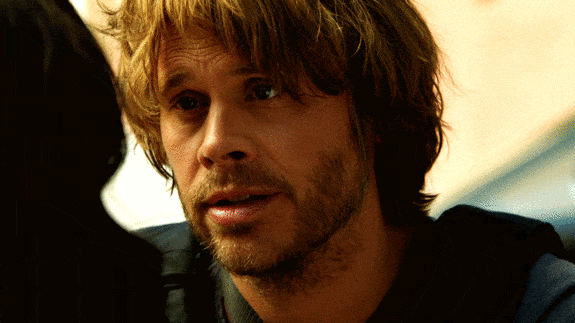 Keep in mind, Deeks had proposed two times at that point—well, three, if you count the time Kensi was still in a coma. (We do.) We couldn't be more thrilled that Kensi took the plunge in a totally modern and spur-of-the-moment fashion.

Congrats, Kensi and Deeks! Here's to many more happy years together. 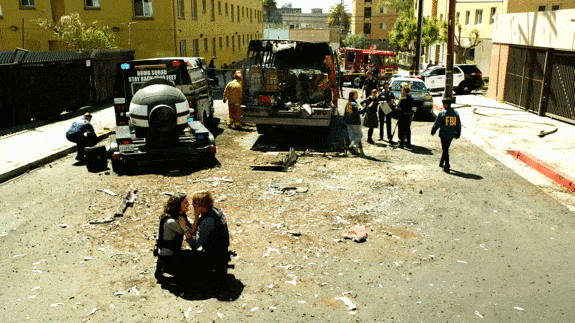