The critically acclaimed comedy from legendary producer Norman Lear returns to CBS 45 years after its original premiere, with back-to-back episodes on Monday, Oct. 5 at 9/8c.
The fourth season of the reimagined version of the series One Day at a Time, from legendary producer Norman Lear, will make its network television debut on Monday, Oct. 12 at 9/8c on CBS and CBS All Access with back-to-back episodes, 45 years after its original premiere. (Note: This broadcast was originally announced for Monday, Oct. 5 but has been rescheduled for Monday, Oct. 12.)

"45 years ago, I was delighted to premiere a series on CBS called One Day at a Time," said Executive Producer Norman Lear. "The show was a reflection of strong family values and a beautiful demonstration of how families come in all forms with love and humor at the center. I am so thrilled to have our reimagined One Day at a Time—this time Latinx and with Mike Royce and Gloria Calderón Kellett at the helm—and air in that same time slot this coming Monday evening. It is a full-circle moment, and I couldn't be more pleased. The times have changed, obviously the cast has changed, but the values remain the same—love and family make everything worthwhile."

One Day at a Time is a hilarious and heartfelt comedy that follows three generations of a Cuban-American family navigating the ups and downs of life in Los Angeles. All together under one roof, the Alvarez family includes single mom Penelope, an army veteran and nurse practitioner; her social activist daughter Elena; her popular "Abuelita's boy" son Alex; and her old-school Cuban mother Lydia. The critically acclaimed show tackles timely issues like mental illness, immigration, sexism, homophobia, and racism, among others. 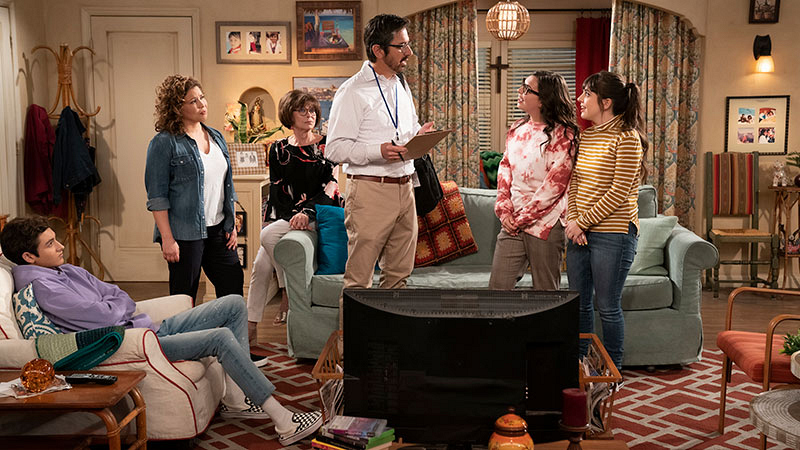 In addition, Ray Romano from Everybody Loves Raymond makes his return to the Monday 9:00 PM timeslot on CBS, when he guest-stars in the first episode of the fourth season of the award-winning series on Oct. 12.

Here's a full description of the upcoming Oct. 12 episodes:

"Checking Boxes" - When census taker Brian (guest star Ray Romano) comes to the Alvarez house, the family reflects on their relationships, and what else the future may, or may not, have in store.

"Penny Pinching" - After Penelope realizes she needs to change her relationship to money, she goes out of her comfort zone and buys something brand new. Also, Elena struggles to make it to an important e-sports match.

All episodes from the fourth season, previously on Pop, will air on CBS. One Day at a Time is produced by Sony Pictures Television.

Don't miss the premiere of One Day at a Time with back-to-back episodes starting on Monday, Oct. 12 at 9/8c on CBS and CBS All Access.