Unmask the spooky secrets in "Queen Scary," the 2017 Halloween episode!
In "Queen Scary" (Episode 6, Season 4), Team Scorpion attempts to prove the existence of the supernatural on the famed Queen Mary—which turns into a very real catastrophe when they identify a "ghost ship" on a deadly collision course.

Scorpion tends to dress up their Halloween episodes, and this year we've got an extra treat—an exclusive commentary edition of "Queen Scary." Enjoy the full episode with Executive Producers Nick Santora and Nicholas Wootton explaining a few, um, Easter eggs that were made just for Halloween! 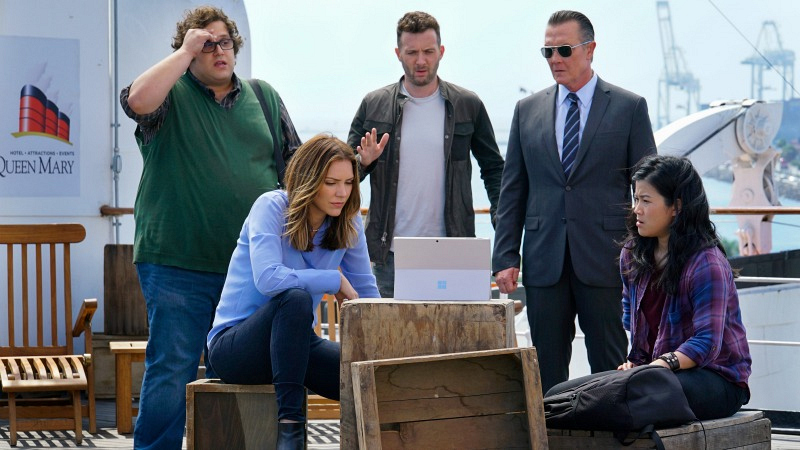 Just how dedicated are these guys to their Halloween episodes? Santora even wrote an original Halloween song, "Monster In Love." It was created for last year's Halloween episode, "Bat Poop Crazy." It resurfaced this season as the characters in the show (and Santora and Wootton in the commentary) debate the correct pronunciation of "Mr. Wolfman."

You may recall in last year's Halloween episode, the team had to infiltrate a deep, vast cave system in order to prevent a bat population from destroying the North America ecosystem. The Halloween connection? They also don costumes to stage photos from Halloweens past for Walter's pending immigration inspection! 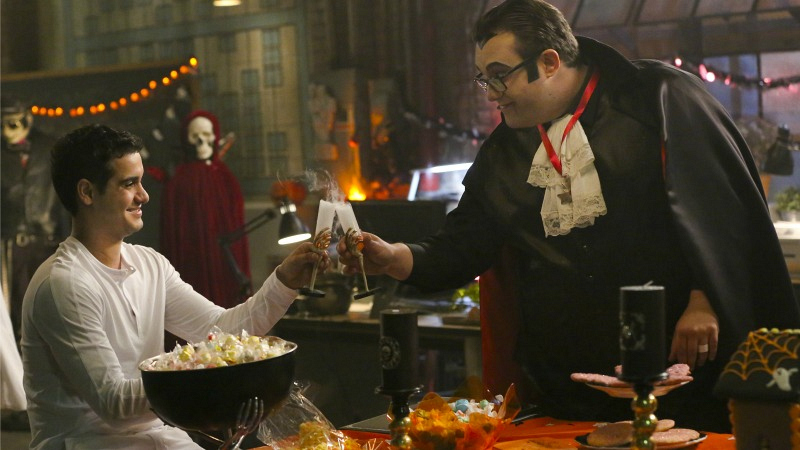 In "True Colors" from the show's first season, Team Scorpion must pass a mandated psych evaluation or face being disbanded after they're accused of destroying a priceless work of art in an attempt to protect an art exhibit. For a Halloween twist, Paige enlists the help of the team when Ralph is reluctant to go to his school's Halloween party. (Bonus: Linda Hunt guest stars as her NCIS: Los Angeles character Hetty Lange, who assists them with their mission.) 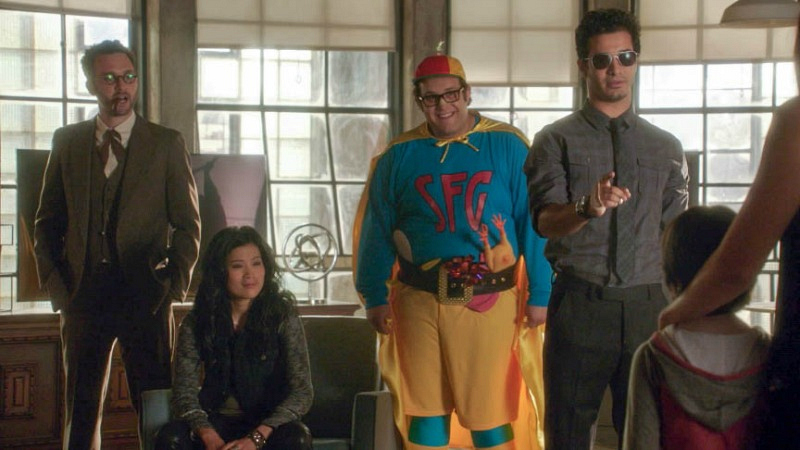 Watch all-new episodes of Scorpion on Mondays at 10/9c on CBS and CBS All Access.