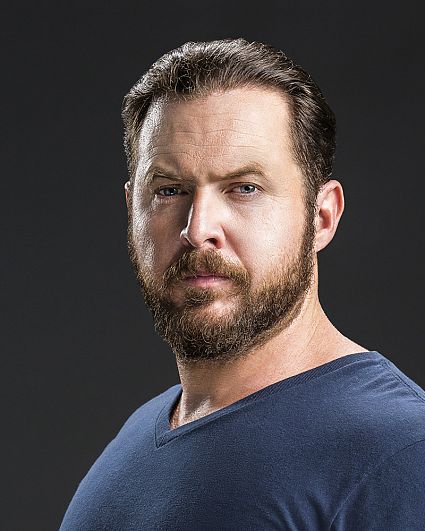 Sonny Quinn
AJ Buckley
Biography
In his long and varied acting career, AJ Buckley has appeared in more than 30 feature films and numerous television series. A versatile and prolific actor, he is equally adept at both dramatic and comedy roles. He is perhaps best known to global television audiences for his role as scientist Adam Ross on the long-running series CSI: NY, in addition to recent roles as a hard-nosed tactical officer in Murder in the First and romantic sociopath Danny Crowe in Justified.

Most recently, Buckley starred as a misfit cop in the critically acclaimed CBC drama series Pure, which has been acquired by the Hulu Network and is scheduled to stream this summer. Other notable television credits include guest appearances on the Netflix original series Narcos and a turn as Anna Faris' jealous boyfriend on Entourage.

In one of his favorite comedic roles, Buckley portrayed Ed Zeddmore on The CW's Supernatural, the leader of a group of wannabe ghost hunters called The GhostFacers. The character was a fan favorite, and Buckley wrote and directed first spin-off project for Warner Bros.

Born in Ireland, Buckley immigrated to Canada at the age of 6. He spent his teenage years in British Columbia, where he began his acting career guest starring on shows such as The X-Files. It was after his breakout role in the film Disturbing Behavior that acclaimed director David Nutter suggested he move to Los Angeles.

Buckley is the co-founder of Paperclip, an innovative line of high-end diaper bags designed for modern parenthood, and is also a partner in The Pipeline Poké House in Fort Lauderdale, Florida.

Currently, Buckley resides in Los Angeles with his fiancée, Abby, and daughter, Willow Phoenix. In his spare time, he enjoys keeping fit, boxing, motorsports, watching UFC, healthy eating, and traveling the globe in search of thrilling new experiences. Also, he supports men's cancer charities and child welfare projects. His birthday is Feb. 9. Follow him on Twitter @AjohnBuckley and on Instagram @ajbuckley.