Find out how you can support our veterans.

This Veterans Day, the cast of the new CBS military drama SEAL Team has a special message for the men and women who defend and protect our country—both at home and abroad.

SEAL Team recognizes and honors the sacrifices their families make and is sending out their most heartfelt thanks.

For this talented cast, working closely with veterans has helped shaped the their show to be as respectful as possible of the real men and women that do this work. 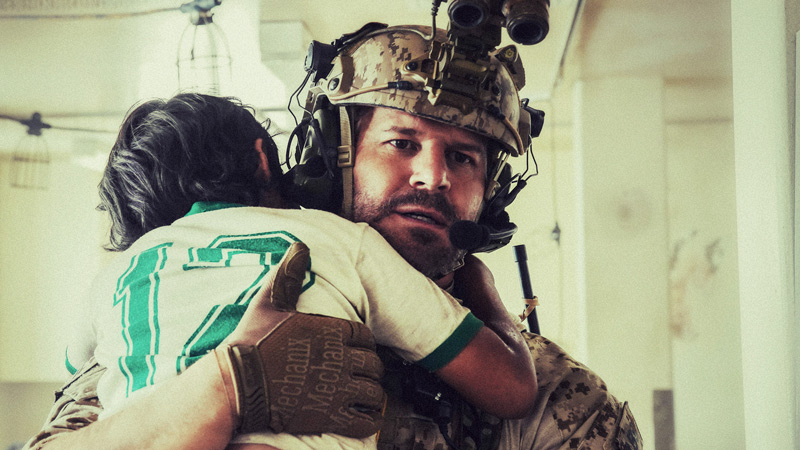 David Boreanaz and the entire cast of SEAL Team recognize the following veteran organizations and encourage you to visit their websites for more information:

Bob Woodruff Foundation
The Bob Woodruff Foundation (BWF) is a national nonprofit that helps ensure our nation’s injured service members, veterans and their families return to a homefront ready to support them. BWF provides resources and support to service members, veterans and their families to successfully reintegrate into their communities so they may thrive physically, psychologically, socially, and economically. Together with our partners and supporters in communities across the country, we are helping heal the physical and hidden wounds of war.

Got Your Six
Got Your 6 is a collective impact campaign that works to bridge the civilian-military divide. The campaign unites the entertainment industry with over 30 veteran nonprofits to ignite a new conversation in America. Together they work to advance the conversation, so that veterans and military families are seen as leaders and civic assets to their communities.

HeadStrong
HeadStrong provides post-9/11 military veterans with free mental health care that works. For every soldier lost in combat, 25-30 take their own lives. “As veterans ourselves, we know how tough it can be to overcome the hidden wounds of war. We’ve lost friends, made the same choices, and walked the same ground. That’s why we built Headstrong – because we know that if you have the courage to get help, and you get the right help, you can overcome the hidden wounds of war.”

Veterans in Film & Television
Veterans in Film & Television is a nonprofit networking organization that unites current and former members of the military working in the film and television industry. Created and operated by veterans, VFT makes it simple and easy for the film & television industry to connect with the veteran community working in it. It is a resource for the film/TV industry to find and hire veterans. It is also an organization for veterans who work, or aspire to work, in film/TV to interact with, support, and learn from each other.

The Tragedy Assistance Program for Survivors (TAPS)
The Tragedy Assistance Program for Survivors (TAPS) is the national organization providing compassionate care for the families of America’s fallen military heroes and has offered support to more than 70,000 surviving family members of our fallen military and their caregivers since 1994. TAPS provides peer-based emotional support, grief and trauma resources, grief seminars and retreats for adults, Good Grief Camps for children, case work assistance, connections to community-based care, online and in-person support groups and a 24/7 resource and information helpline for all who have been affected by a death in the Armed Forces. Services are provided free of charge. For more information go to www.taps.org or call the toll-free TAPS resource and information helpline at 1.800.959.TAPS (8277).

Wounded Warrior Project
The mission of Wounded Warrior Project® (WWP) is to honor and empower Wounded Warriors. WWP connects wounded warriors and their families to valuable resources and one another, serves them through a variety of free programs and services, and empowers them to live life on their own terms. WWP is a national, nonpartisan organization,  accredited with the Better Business Bureau (BBB) and top rated by Charity Navigator.