Use the form below to send us your comments. If you are experiencing problems, please describe them.
Player Help | All Access Help
S1 E13 44min  TV-14 S, V, L
Jason and the SEAL Team must leave their families immediately when their deployment date is moved up after the team they were going to relieve is ambushed. Also, Jason and Alana make a big decision about their future, and Clay and Stella feel the weight of his marriage proposal. Air Date: Jan 31, 2018
Wednesdays 9/8c

S4 E7 All In
As Bravo continues grappling with major changes, the team spins up on a mission in Ecuador. Also, Natalie presents a life-changing idea to Jason.
Feb 17, 2021 43 min TV-14 V, L

S4 E6 Horror Has A Face
As Ensign Davis tracks Rays location to a shipping container in the Mediterranean Ocean, Bravo team becomes increasingly desperate to rescue their brother before its too late.
Jan 27, 2021 43 min TV-14 V, L 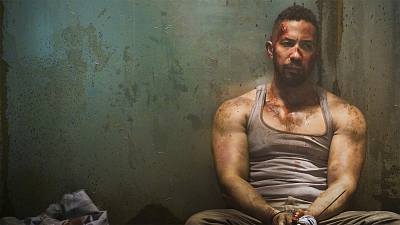 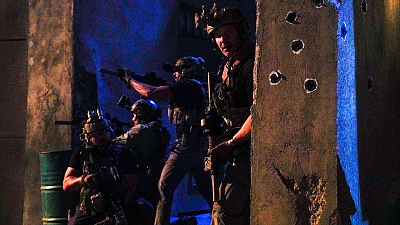 S4 E4 Shockwave
When Warrant Officer Ray Perry goes missing following an explosion in Tunisia, his former teammates wrestle with how to help their brother and his family while Bravo Team is sidelined.
Dec 16, 2020 41 min TV-14 V, L

Subscribe
S4 E1 God of War/Forever War
Bravo Team enters enemy territory in the snowy Spin Ghar Mountain Range to capture Al-Hazred, the leader of a terrorist group and son of the terrorist leader that Jason took down early in his career and made him Bravo One. When they are attacked, Jason and Cerberus, Bravo's canine member, are separated from the team. Then, Bravo Team reunites with Jason and Cerberus, then go underground to search booby-trapped tunnels for terrorist leader Al-Hazred.
Dec 02, 2020 85 min TV-14 V, L
Show More