It's A Fight-Or-Flight Universe For Lieutenant Saru On Star Trek: Discovery

With his combination of quick thinking and threat ganglia, you'll want this Kelpien Starfleet officer around in an emergency.

Meet Lieutenant Saru—and pay close attention, because you've never met anyone quite like him on Star Trek before!

Played by veteran character actor Doug Jones, Saru is a Kelpien—a brand-new species that is, on their home planet, either predator or prey. As one of the hunted, Saru has both hooved feet and "threat ganglia," which are sensory organs that twitch when he senses danger. 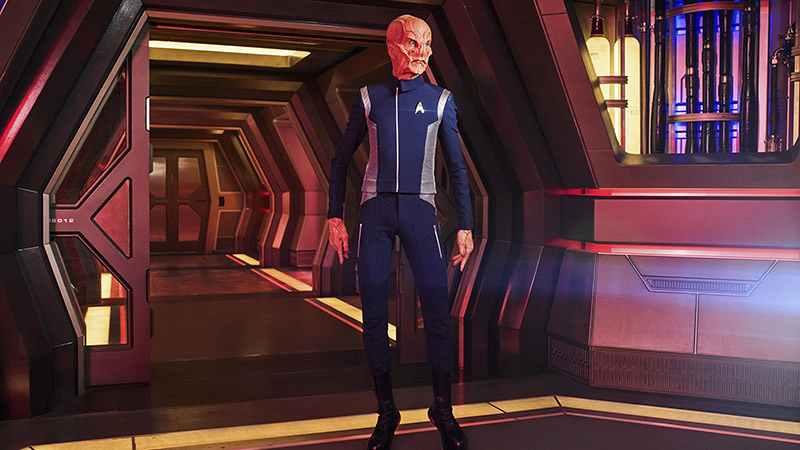 "I'm the cautious one," says Doug in a behind-the-scenes deep dive into his character. "When we're on the bridge and there's something afoot, I can sense it kind of like a gazelle does when there's a lion coming. When the rest of the crew is boldly wanting to make a courageous decision, I'm like, 'Errrg, should we really do that?'"

Watch the video above for more from stars like Doug, Sonequa, and executive producers.

What's more, Saru and Burnham's relationship is a palpably tense one.

"We love the dynamic of Georgiou and Burnham and Saru as this family unit, where you've got two Type A, overachieving entities, who are always competing for their mother figure and Captain Georgiou's attention and approval," says Executive Producer Gretchen J. Berg. 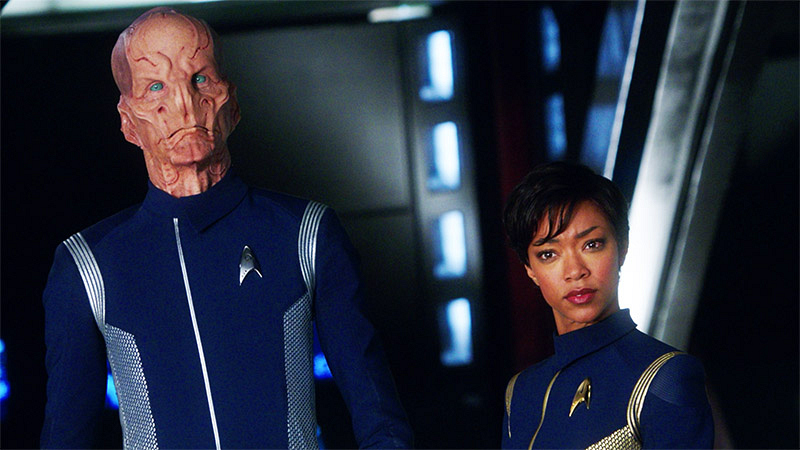 "It's a brother-sister rivalry from the very beginning," Sonequa concurs.