Yep, Michelle Yeoh Is Back On Star Trek: Discovery!

"Don't you bow before your Emperor?"

When Captain Philippa Georgiou died at the hands of T'Kuvma (Chris Obi) in the second episode of Star Trek: Discovery, fans were convinced they had seen the last of Michelle Yeoh.

However, the actress made her shocking—but triumphant—return at the end of Episode 11, when Michael Burnham (Sonequa Martin-Green) came face to face with Georgiou's Mirror Universe counterpart: the dreaded Emperor of the Terran Empire! 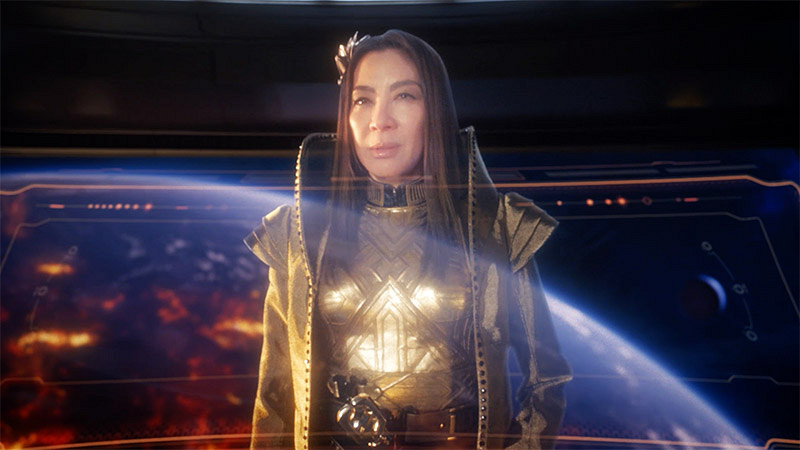 "When I first read how [Georgiou] came back, I was rather blown away by it," Yeoh describes in a new behind-the-scenes video detailing her character's unique role in Episode 12, "Vaulting Ambition."

Executive Producer Aaron Harberts adds, "It felt like an opportunity to show the audience a completely different Georgiou. We just thought it would be great to elevate her to the ultimate height of power so we could truly show just how different she is from her Prime [Universe] counterpart." 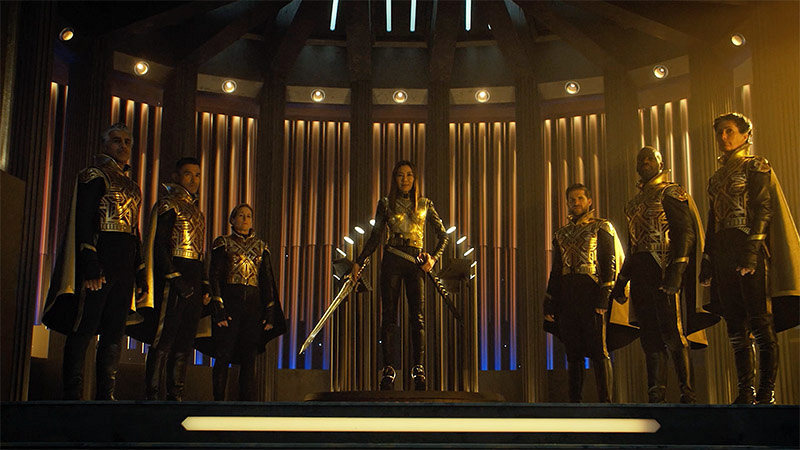 Of course, a big part of bringing Georgiou—well, this new version of her—back into the story is how it affects Burnham on an emotional level. After all, her Georgiou was once her mentor—that is, before Burnham mutinied against her in the series premiere.

"My logic tells me she's not the woman that I betrayed," Sonequa says of Burnham meeting Mirror Georgiou for the first time. "Yet my heart is telling me something else ... It's impossible to not want to seek forgiveness, to seek that absolution that I've been yearning for so much." 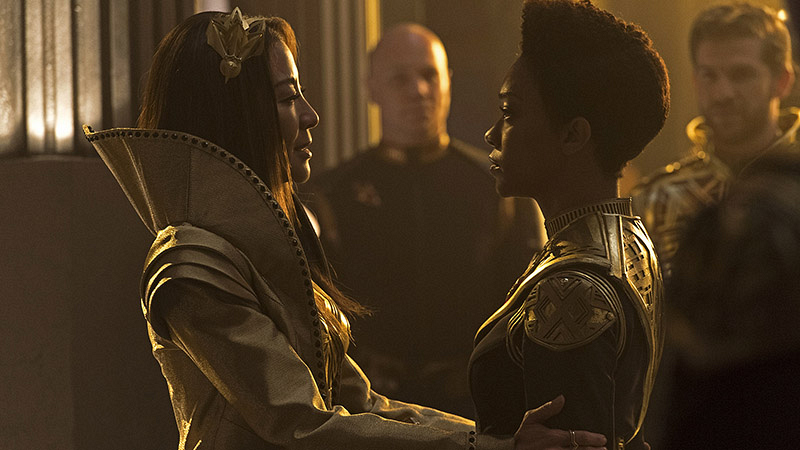 For more on Emperor Georgiou and her relationship with Burnham, watch the full video above!